The Toronto Blue Jays making the playoffs for the first time in 22 years provokes the familiar pull of nostalgia, but much has changed for city and team alike. 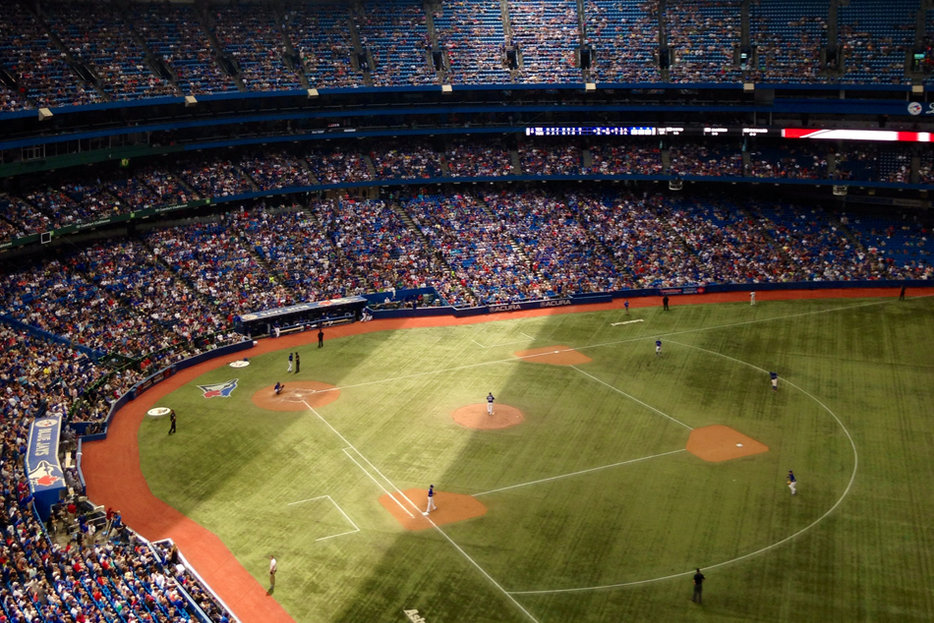 It seemed a little unwise to fully celebrate until the Blue Jays were solidly in the playoffs. Not because of superstition (it probably wouldn’t have jinxed them), but because of the perils of ignoring history (the 1964 Phillies and 1995 Angels actually happened). Even if the combination of wins and losses needed to clinch a playoff position is called the “magic” number, it is still irrevocable, elementary school math.

Twenty-two has been the number mentioned most during the second half of this season. Twenty-two years, that is: the length of the Blue Jays’ playoff drought, and a go-to subtopic since it became the longest in baseball when the Kansas City Royals ended their own drought last year. The topic is fortunately now closed: on the other side of the playoff bracket, the Chicago Cubs’ 107-year World Series drought is ongoing, and the Jays share their own city with one of the most famous droughts in its respective sport—this is notoriety better left unshared.11Furthermore, other Major League Baseball teams simply have their own problems: eleven have championship droughts longer than the Blue Jays (they know who they are); ten have longer pennant droughts than the Blue Jays (they know who they are); and eight more—all of whom except the Tampa Bay Rays existed before the Blue Jays’ last title—haven’t been to the World Series at all (they really know who they are).

The Royals are returning to the playoffs a year after losing game seven of the World Series, but there is no guaranteeing they will make it that far again. The Pittsburgh Pirates are back in the playoffs for a third consecutive appearance after their own twenty-year drought, but with no guarantees themselves. Cubs fans are ecstatic while simultaneously horrified at the thought of a one-and-done. There are no guarantees for the Blue Jays this year—or next year, for that matter. There are never guarantees. A baseball fan learns to hope not for home runs, but for quality at-bats. For all but the most spoiled of baseball fans (historically, Yankees; lately, Giants and Red Sox; bit of both, Cardinals), the heart’s desire is encapsulated by four words: “Meaningful Games in September.”

I’d wanted to see the Jays host meaningful games in September since the first game I saw at SkyDome22At SkyDome’s 25th anniversary last season, the Jays brought back Domer, the stadium’s mascot, to hang with Blue Jays mascot Ace. Back in the ’90s Domer palled around with BJ Birdy, the Jays’ longtime avian avatar, before Birdy’s messy divorce with the club after he turned into some sort of populist rabble-rouser. It’s kind of a weird story., late in the 1996 season with the club a distant thirteen games back. Seemingly long gone were the glory years themselves: following the interruption of the 1994 strike, not too many of those Blue Jays remained. Carter, Olerud, and Sprague were in the lineup, as was World Series MVP Paul Molitor—but for the small difference that he was in a Minnesota Twins uniform (talk about a less-begrudged return as a visitor: you can’t). Guzman, Timlin, and Castillo were still with the club, as were Shawn Green and Carlos Delgado (though neither rookie had made the stacked postseason roster in 1993). The team itself was on the cusp of switching to the Roger Clemens-era uniforms, and to Roger Clemens himself (cantankerous, yes, but not yet an outright villain). The game itself took only a Buehrle-esque two-and-a-half hours as Pat Hentgen tossed a complete game.

The new uniforms look like the old ones, but they aren’t, not quite—style cycles return as modernized forms of the original. Consider those other Toronto landmarks, the Kids in the Hall: the throwback plaids and side-parts they wore in early ’90s Toronto have been back yet again; the Headcrusher might have bought his glasses from Warby Parker.

The attendance on that lazy Wednesday evening was still over thirty thousand, just a bit below the Jays’ season average, and still above the league average. Ninth-best, in fact, and ahead of the soon-to-be-champion Yankees. Trailing only the defending World Series-winner (Atlanta), teams that had just made the playoffs in mostly nouveau-retro stadiums (Baltimore, Cleveland, Colorado, Seattle, St. Louis, and Texas), and teams having the fortune to play home games in Dodger Stadium (Los Angeles).

By the World Series years, the Blue Jays had been playing meaningful games in September for a while—and without the Wild Card—winning the division in 1985, losing it on the final day to Detroit in 1987, finishing two games out in 1988, winning it in 1989, finishing two games out again in 1990, and winning it again in 1991. Since the glory years, Toronto has finished within striking distance of the division only once (four-and-a-half games out in 2000) and in second place only once (though at ten games back in 2006, it hardly mattered). It is meaningful games in September, and the memories of meaningful games, that have brought the fans roaring back. Despite being a game under .500 at the All-Star break, the Jays completed their final homestand with the club’s highest attendance since 1995.

Die-hards are welcome to look askance at the bandwagon jumpers, though most of them are simply showing solidarity with their town. In a way, though, it’s these prodigal fans that have the most instantaneous memories of where they were the last time, chipped from the amber along with their Dave Stieb jerseys. What they were doing. Where they were living. Who they were living with. How things were simpler; how things were cheaper. The face value on that 1996 ticket was $23; the same seat now costs $75. According to the Bank of Canada’s index on purchasing power, it should cost $32.90. The only things that have inflated that much since are, well, player salaries, franchise values, broadcast deals—and, of course, houses. 1996 was the valley for average housing prices in Toronto, while the year SkyDome opened, 1989, was the previous peak. In recent years, as a relative pointed out, mansions that had long ago turned into apartments are turning back into mansions. Back then, security going into the ballpark didn’t make you feel like you were going to the airport. Then again, going to the airport wasn’t yet like trying to enter the White House.

While the returning fans reminisce, the die-hards start to share other memories. Pouring one out for the Blue Jays who never played a playoff game in Toronto. Carlos Delgado, of course, and Roy Halladay. There are also the memories of meaningless games in September. Games you wouldn’t trade for now, but still, kind of miss. During the 2012–13 offseason, after the mega-trade with the Marlins that begat the trade for Dickey—and later the trade for Tulowitzki—the Blue Jays stopped offering the Ballpark Pass (née Fan Pass: Toronto’s sub-$100 nosebleed season ticket and the best deal in baseball) to new customers. Existing pass-holders had a grandfather clause, but most expect that next year, they’ll just be grandfathered. Maybe you don’t fund a hundred-million-dollar payroll with Tuesday night fans in the cheap seats who often bring their own food. But for a lot of Tuesdays in the last two decades, those seats would otherwise have been empty. For a lot of Blue Jays who had made their best plays on an off-night, the cheers they heard were theirs.

The team has clinched the division, but no one knows if this is 1985 again or 1992 again. And there’s no guarantee that 1985 will be followed by 1992 this time around. It may seem like everything is back again, but no matter what happens, everything will be different. The spiritual rebirth of the team might have been the evening in 2011 when the rumour went around Opera Bob’s that the Jays were going back to the old uniforms. That they would stop breaking them out as a cynical nostalgia promotion, and actually go back to being a franchise that went for it. The new uniforms look like the old ones, but they aren’t, not quite—style cycles return as modernized forms of the original. Consider those other Toronto landmarks, the Kids in the Hall: the throwback plaids and side-parts they wore in early ’90s Toronto have been back yet again; the Headcrusher might have bought his glasses from Warby Parker. But the between-sketch bumper footage shot in Super 8 (itself shorthand for nostalgia) also captured details of a city that were already disappearing. Things Torontonians passed daily, until they didn’t. Back in the ’90s, switching from the Bloor-Danforth subway line to catch the streetcar downtown (maybe to a Jays game), there was always that people-mover in the long underground passage in Spadina station. Gone for years now, I remember it as the best way to enjoy the buskers, because you could stand there and still be on your way. Someone told me recently it was the perfect length for one cigarette. Maybe this was known. 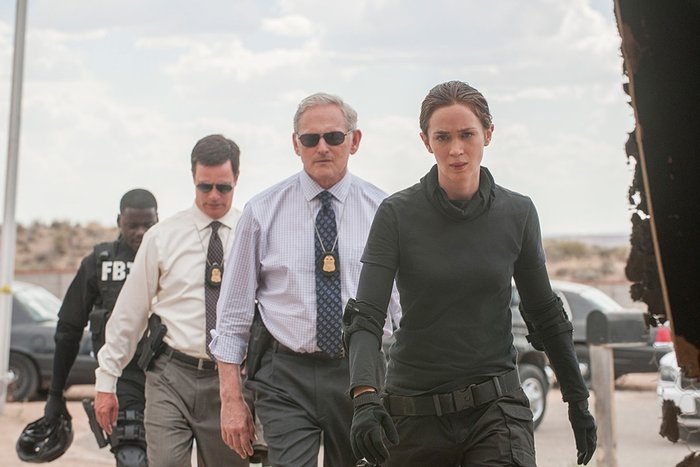 Interview
‘If the Camera Moves it’s Got To Be for a Reason’: An Interview with Roger Deakins
One of our greatest living cinematographers on his latest project, Sicario. 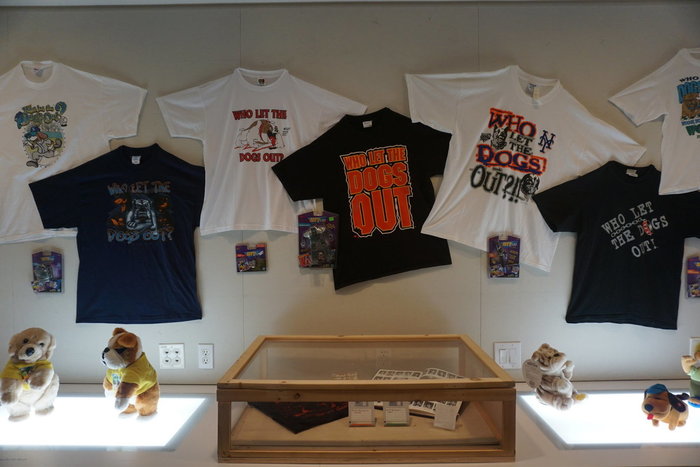 Interview
‘I Don’t Know if I’ll Try to Answer ‘Who Let the Dogs Out’’: An Interview with Artist Ben Sisto
The delightfully complicated history of a hook.