Losing My Religion: On Pope John Paul II and Growing Up Polish 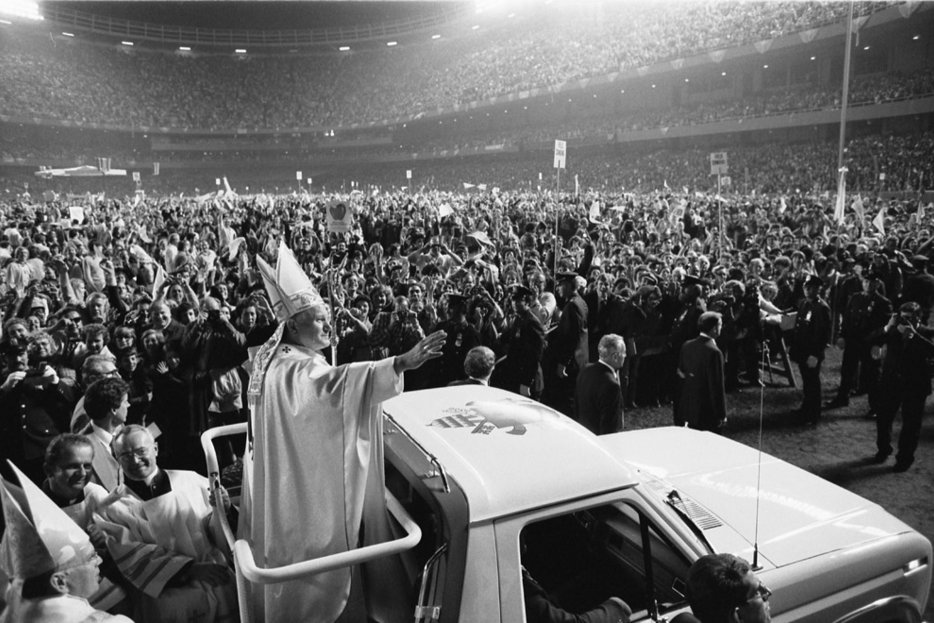 The first celebrity I knew about was Pope John Paul II. In Poland he was simply known as “Jan Pawel” (John Paul), or “Pope” as if there had been no Pope before him or there wasn’t going to be one after him. He was special because he was Polish and in Poland he was bigger than Madonna, the gap-toothy one, not the mother of Jesus who was a dead celebrity.

When John Paul died, in 2005, I felt a tiny prick of sorrow, nostalgia for the years when everything was pure and had a cause. I had worshiped him and then I rejected him. Then I grew up and saw him as an old man, my grandmother’s age. Later, I saw him the way this new Pope will be seen one day—as the leader of a big, difficult religious institution, who will have to fix some things, while screwing up other things.

In Argentina, the recent election of Jorge Bergoglio as pope has been a joyous occasion, despite the many questions circulating about his behaviour during Argentina’s Dirty War—when the ruling junta was disappearing tens of thousands of its opponents. Still, Papa Francisco is one of theirs, the Argentinians, and the festivities have continued for days. The footage shows crowds in Buenos Aires clapping, waving flags, and chanting, “Olé, olé, Francisco, Francisco!” The people of Argentina are proud and I imagine hopeful. A Pope brings attention to his country of origin, the way John Paul did for Poland and its then oppressive communist regime. Papa Francisco’s celebrity is already being fomented; as with every celebrity, the details of his normalcy are getting dug up. So far, we’ve learned that he has been known to take the bus and cook his own meals. Celebrities—they’re just like us!

The young John Paul (née Karol Józef Wojtyła) was known for his love of physical activity: skiing, hiking, cycling. He liked to go camping. He went camping just like us. He wore sweaters. He wrote poetry and was an avid actor. The girls liked him. Some of his friends thought he might become a great actor. Others bet on the priesthood. Once, my grandmother showed me a picture of John Paul in regular clothes, with a kayak. I couldn’t believe it—it was as bizarre as seeing a picture of Jesus doing his laundry. Naturally, John Paul’s regular-guy past only made him more revered in Poland. On top of that, in 1981, there was the assassination attempt on his life, allegedly orchestrated by the Soviet Union as retaliation for his support of Poland’s Solidarity movement, which only further enhanced his celebrity. The man was a walking, talking martyr, and you could actually see him. Unlike Jesus who was also a martyr but who was stuck in heaven, presumably waiting for God/dad to allow him back downstairs.

I saw Pope John Paul II three times in my life. The first time was in 1987 and I was wearing the dress I wore to my first communion. I carried my tiny little sister on my shoulders and I swear John Paul made eye contact with us. Which was no surprise to me since my sister was a miracle; I prayed about her to St. Tadeus and she lived because of that, thank you very much. More on this miracle later.

The second time, it was 1991 and I was a feverishly Christian teenager in a grey Scouts uniform and my devotion was at its peak—I was an obsessive churchgoer, obsessed with sin. I was on the brink of other obsessions but I didn’t know it yet.

The third time, 1999, I was a woman, hungover. I saw John Paul half-crouched in his little Popemobile, white and soft-looking like an albino wombat. The next day, there was news that he had fallen in the shower and that kind of broke my heart—he was just an old person, like my grandmother. To cheer her up about John Paul, I took her to the Old Town in Warsaw for ice cream. And felt saintly for putting up with her slowness.

By then I was 21 and of course I knew everything. I knew that I was no longer Catholic, or I knew that I was a lapsed Catholic—it was all a big joke. Home in Canada, where my family had moved when I was 15 years-old, I had a poster on my wall of John Paul smoking a big fat joint with the text: “I like the Pope/ The Pope smokes dope.” I showed it to my grandmother who was always flaunting her faith and her rosary like it was cool. She laughed and said I was stupid but she loved me.

Here, I should back up and say it was my grandmother who told me about St. Tadeus when I was a little girl. My baby sister had been born prematurely, weighing “less than a bag of sugar,” grandma said, to illustrate. I could save her if I prayed to St. Tadeus—hard, for hours—and to John Paul because the saints always listen to children’s prayers, grandma said.

John Paul wasn’t a saint then, he was alive, but according to many, he had already performed a miracle by encouraging Poles not to be afraid of their government. At the same time, you could argue that he was simply at the right place and at the right time and it was his celebrity more than anything else that allowed him to support the revolution. Nothing wrong with that—he used it wisely, and as a Pole it was very much his cause. During the first papal visit to his homeland in 1979, millions of Poles welcomed him—the first massive, unified gathering in post-war Poland, and a confirmation of how many people were on the right side of things. Communism was all about destroying the past to make way for the new, bright future. But John Paul spoke of celebrating the past; he reminded Poles that they had history, and gave them the courage to rise up. When the Solidarity trade union movement formed in 1980, John Paul became a supporter. He made three visits to Poland as Pope under the communist regime, each time delivering sermons that emphasized the need for national independence and self-determination, while also reminding us that, “Freedom is not worth having if it doesn’t cost anything.” My grandmother quoted him often.

His words were also often repeated during mass. Going to church in the days of communism was kind of radical. The church was important in Poland not necessarily because we all believed in the hocus pocus of talking burning bushes. It was significant because by going to church and taking part in the celebrity cult of John Paul, you opposed the regime. For example, there was a church close to where I lived that secretly hosted, at night, an exhibit on the Katyn massacre—the 1940 mass execution of some 20,000 Polish army officers and intelligentsia by the Soviet secret police, information about which was suppressed until 1990. We gathered there, at the same church, also in secret, as members of the Scouting Association of the Republic (ZHR). Because of its Christian philosophy and ties with the Solidarity trade union movement, ZHR was outlawed during communism so even us scouts had to go “underground,” so to speak.

In 1991, we wore our grey Scout uniforms to welcome John Paul, triumphantly and openly now, as the old regime was finished. For hours and hours we waited for our idol (this would be the second time I saw him). My legs cramped and I was nauseous from the heat. But as soon as I saw the motorcycles approaching, I knew I would experience something like rapture, a confirmation of being on the right side of things, a feeling of love so overwhelming it would bring on tears. I was a sinner and soon his presence would heal me, would distract me from thinking about darkness, diets, boys. Then, the Popemobile appeared and moved slowly, soundlessly, among the cavalcade of motorcycles, the idol inside, a solar-battery powered toy, his waving hand. I waited for rapture but it didn’t happen. Suddenly, it all meant nothing. I felt cheated, too jaded already for this childish worship or perhaps too confused about it. Or perhaps just 13 and bored. I was no longer interested in my grandma’s politics—the celebrities were now Prince and Sinead O’Connor.

After John Paul died in 2005, Toronto’s Poles spilled out onto the streets in shocked mourning. It was as if they didn’t believe that he was ever going to die, despite his ailing health and old age. There was a huge memorial on Roncesvalles where people lit candles and cried and said prayers. To this day, there are fresh flowers and candles under the statue of John Paul in the neighbourhood and it’s not unusual to see an old lady, quite like my grandma, on her knees, praying in front of it. I would laugh at such blind worship, but I can’t, really. Who knows what having a Polish Pope meant to that old lady—perhaps it was simply hope in the place of hopelessness that was Poland. When he died, I felt a pang of nostalgia for my childhood, when it was simple like this: there were bad guys (Communism), and there were good guys (Pope). I loved him once but I moved on because my love had no gravity. I was too young to understand it when I lived it. I couldn’t truly own the triumph that I felt in 1991, briefly, right before it meant nothing. 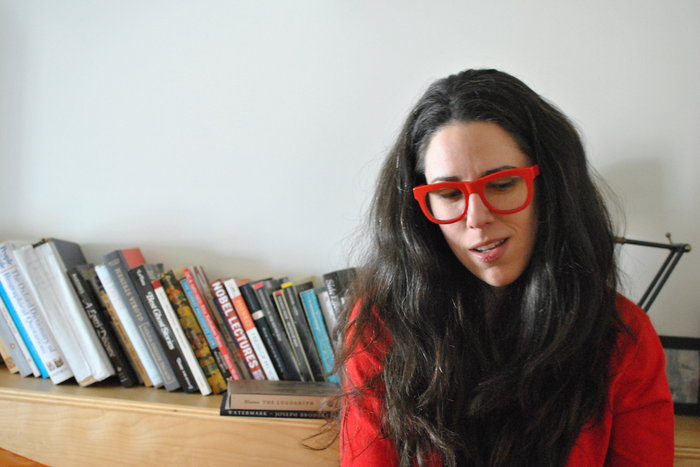 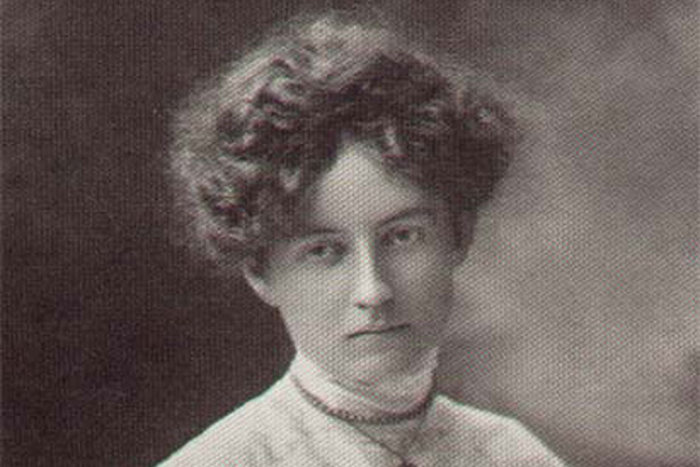