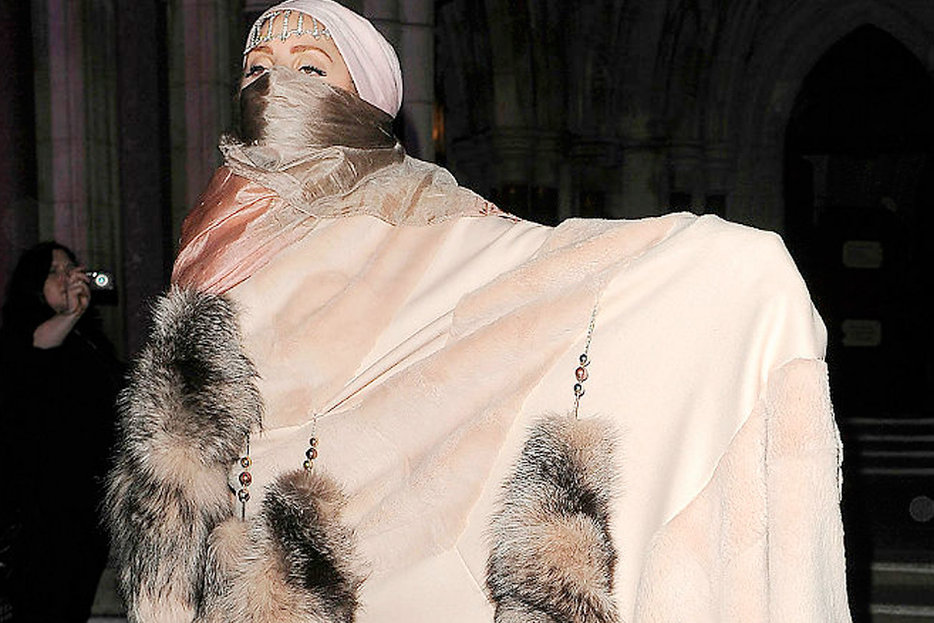 When I first saw Lady Gaga wearing a bastardized burqa a few days ago, I rolled my eyes, but that was it. I’m not really part of the anti-cultural appropriation brigade. I love pop music and Madonna, and a use of other people’s imagery doesn’t necessarily drive me crazy (though I get why it does for other people). I just thought, “Well, annoyers gonna annoy,” and that was that. Then, soon after, the song “Burqa/Aura” (the actual title is unclear… it may be “Aura-a-a-a Aura-a-a-a Aura-a-a-a Aura-a-a-a Aura-a-a-a Aura-a-a-a”) was leaked. I then, perhaps foolishly, read the lyrics, and … look, Muslim women of various backgrounds have already covered how cheap and cheesy Lady Gaga’s sexualizing of the burqa is, through her stage show to the lines about her barely-burqa-covered libido, so I’ll leave that alone here (though, trust, it is extremely cheesy). Holistically, the song is almost impossible to analyze. It’s a collage of imagery, most of which is just the usual Gaga psychosexual nonsensery. Really, I just want to discuss one line—“I may not walk on your street/Or shoot a gun on your soil/I hear you screaming/Is it because of pleasure and toil”—and how utterly beneath contempt it is.

As a woman raised by Muslims, whose family comes from both rural and urban Afghanistan, the history of the burqa is my history, too. It was rarely seen in the cities before the Taliban, but then the Taliban, in their complete twisting of Islam, made it mandatory. I don’t hate the burqa, though, just as I don’t hate my more religious brethren (uh, except the Taliban, who I do hate). My feelings about the burqa are entirely dependent on context. It can be either representative of a bloodline I’m infinitely proud of or a symbol of an oppressor I detest. But the fact is, first my people were slaughtered by the Communists, then they slaughtered each other in a civil war, and then … the Taliban. Afghans have known more than enough suffering. I’m not looking to be offended, but I don’t take this shit lightly, either.

I realize that Ms. Gaga is trying to pass this off as nothing more than a surface pop move, both above and below criticism, by saying that it’s “not a statement.” But it is a statement—a muddled, confused, possibly pointless, and entirely dense statement it may be, but a statement nonetheless. The suffering of the women in Afghanistan (presumably the country she’s referring to, as we in America haven’t officially invaded Pakistan), be it at the hands of religious extremists or drone warfare, is serious. Their suffering is real.

And I’m not saying that art, or even pop, cannot broach these subjects. PJ Harvey, while not specifically speaking of Afghan women, can at least sing about warfare without being entirely offensive, as she did on much of Let England Shake. As for Madonna, she at least sticks to being either controversial about her own heritage (and comes from a place of understanding regarding the icons she attempts to subvert) or is so focused on the purely aesthetic in her use of other people’s cultures that it’s difficult for someone like me to take offense. Again, though, I don’t begrudge Lady Gaga’s use of the burqa: Given her history, she may very well see this as a continuation of empowering the marginalized. It’s her need to infuse politics that she’s too self-obsessed to fully grasp into what would otherwise be dance candy that I find offensive.

What’s maddening is that no one in Gaga’s camp, no one at her record label, thought to sit her down and say, “Hey, maybe spend 15 minutes reading Wikipedia about the history of the burqa? Maybe? And then we can go back to trying on heels?” It’s not so much that Lady Gaga is daring to reference warfare that she has no real investment in, but rather, that she couldn’t even be bothered to talk about it in a non-“your existence is a useful metaphor for how Lady Gaga feels at this particular moment” sort of way.

I can’t honestly know what Lady Gaga’s intent with this song was, or if she ever intended it to be released at all. For someone who’s made a career out of being both media savvy and willfully shocking, I suspect knowing is impossible. Or maybe she’s lost such touch with people as living, breathing entities (if the Little Racist Monsters Tumblr is any indication, a large enough segment of her fans certainly have) that she believes using a war on the other side of the world as an accessory is a form of empathy. I don’t know. I just wish that she’d put the same effort that she puts into her art pop into a little light research. Maybe then she’d realize, without me having to take the time to tell her, that regardless of whether you’re a Muslim woman who is pro or anti the wearing of the burqa, we are not, not one of us, Lady Gaga’s props.

Zohra Atash’s family started the Nooristan Foundation in 1999. She is a singer, songwriter, and multi-instrumentalist living in Brooklyn. Her current project is Azar Swan. 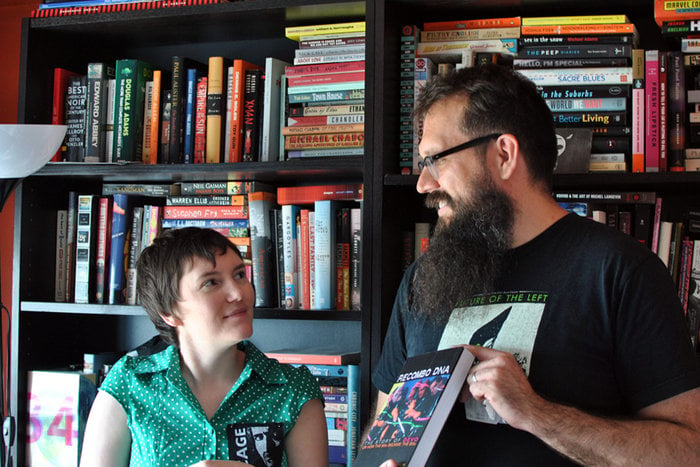 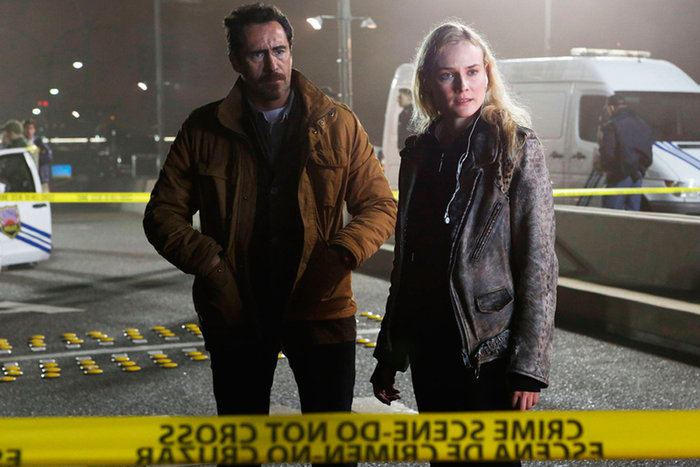