‘I Am Attracted To The Hope Of Finishing’: An Interview With Jason Polan

The artist and author on trying to draw every single person he sees, the Taco Bell Drawing Club, and how many Ikea hot dogs he can eat. 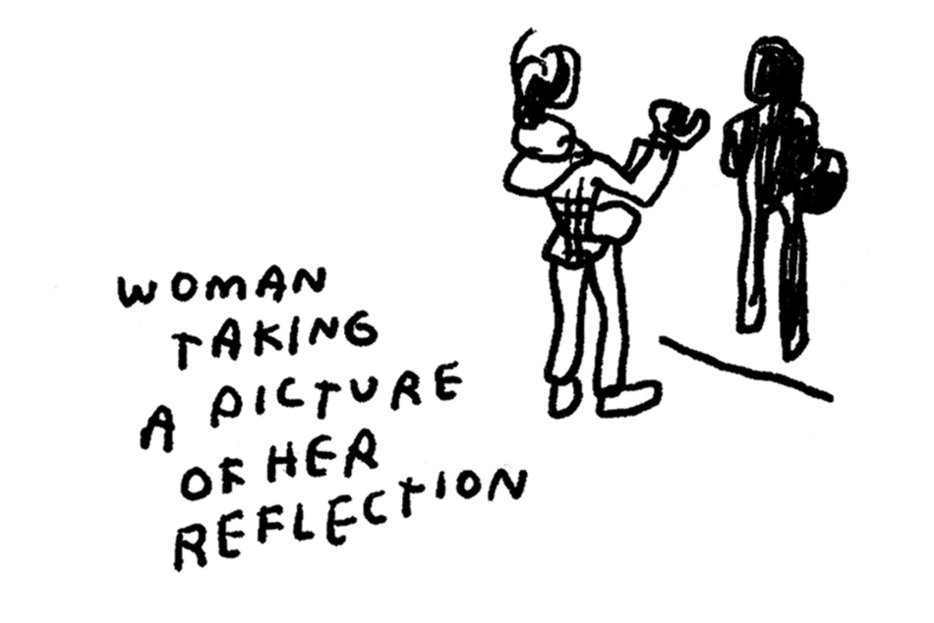 When Jason Polan decides to draw everything—every person listed in a town phonebook, every kernel of popcorn in one bag—he does it. With his largest project to date—an ongoing blog and most recently, a book, Every Person in New York—Polan knows the conceit is pure fantasy. He can draw until his hand aches, but that lush determiner, in the case of a city like New York, is code for infinity.

In spite of or because of this, Polan has numbers to his name, having drawn more than 36,000 people since 2008. Some of them are repeats (Jon Stewart in a ball cap on Broadway; Jon Stewart with his two kids at Kmart) and many of the figures are so gestural, they seem to be composed of airborne spaghetti. The effect is of scrolling, and now turning, through a dimension where people are always in the middle of something interesting. Even sleep and palpable boredom seem elevated to quasi-events by Polan’s hand.

Every Person in New York marks the human anatomy of a city in black ink. Each drawing vibrates with momentary life: from a woman sleeping on the downtown E, to a man playing Pétanque in Bryant Park, to “Tracy Morgan with Cops Petting His Dog on Lispenard.”

From his Manhattan apartment, Polan spoke about who he likes to draw, what he’s learned from following New Yorkers for eight years, and his international art society, the Taco Bell Drawing Club (it’s exactly what it sounds like).

First of all, paint me a picture: where are you right now? And do you have a snack?

I am in the new apartment I just moved into. I got Internet yesterday so that’s nice. I have some graham crackers, so I should be okay.

Graham crackers, classic. Okay, first question: it seems like one aspect of your drawing practice is vigilantly accounting for people and things—like the project where you drew every single student at your art school, or every unique kernel from a bag of microwave popcorn. Can you talk about what attracts you to this kind of extreme inclusion?

I think I am attracted to the hope of finishing. For the popcorn project, it took me about three hours to draw every piece and every kernel in a popped bag of popcorn. For the art school project I drew everyone in the art school—kind of,I didn’t know what everyone looked like but I tried—and showed the work as a set. If particular portraits sold, the person whose portrait sold got the money. I really like sets and I like finishing. But with Every Person in New York, I totally will not finish. And I’m okay with that. I guess I never really thought I would finish—I just thought it would be something to work on forever.

I guess people keep being born, too. It’s hard to keep up with that kind of production. What you said about liking sets, and liking to finish things—do you like doing puzzles?

I like puzzles sometimes, but I think it’s a little different than that. I like the feeling of a puzzle being finished, like most people. I studied biological anthropology in college, and we had a really good lab; [lots] of bones, and a bunch of interesting skulls relating to our evolution. I really liked drawing them—and collecting them by drawing them. I like collecting stuff, which is another way of looking at this project or other related ones I have worked on.

You mention in the introduction to the book that you started Every Person in New York for a couple of reasons—wanting to learn more about the city, and wanting to get better at drawing people. Can you see or feel yourself having done either of those things since you began?

When I started compiling things for the book, I did look at some of those earlier drawings and think “yikes,” a bit. I tried not to edit something out just because I thought it wasn’t a very good drawing, which hopefully means I am improving—though I am a little worried about the more recent drawings that I’ll look at in six or seven years. But yes, I feel a little more confident in the drawings now. I hope I have improved, although I always feel a little weird judging that. I have gotten around the city more, which [this project] has forced me to do. Even just getting me out of certain habits/rotations has been good for me.

There are things I will usually draw if I see them, like accordion players. And people walking together on the sidewalk.

I wonder if you’re able to articulate something you’ve intuited—a quality, or feeling—through drawing New Yorkers?

I think about movements a lot. I’m usually pretty good at knowing if I’ll need to wrap a drawing up because I can feel when someone is about to get up from a bench—beyond them packing things into a backpack—or walk away. I guess I’ve realized things about how parts of the city are different, and at different times. Maybe they’re somewhat obvious things—people move faster when they’re trying to get home kind of things—but I hadn’t thought of them before.

It seems obvious when you say it, but it’s not a fact you ever take note of until something requires you to—like trying to draw people who are on their way home. I imagine it must help to mark the rhythm of a given day or area. Are there certain features that make you want to draw someone?

There are things I will usually draw if I see them, like accordion players. And people walking together on the sidewalk. I also like drawing people that are on TV shows I like. But it ends up being somewhat random.

Do people every resist if they notice you drawing them?

I saw a video of you drawing and I laughed because of how obvious and discreet you looked at the same time. You’re standing in the middle of all this activity, completely still except for your hand.

Yes, when people film me it totally changes the project.

Because you’re not so invisible anymore, with a camera on you? Or is it something else?

People want to know what they’re filming, so they look. Without a camera I’m usually, hopefully, fairly invisible. The drawings are better if people don’t know I’m drawing them.

Makes sense. Now that the book is out, are you thinking about new projects?

I’m thinking the same. The book required a lot of energy, but it hasn’t really changed how I look at this project. Since a lot of the drawings ended up on the blog, I already had the idea that people would hopefully see them. This is just a different format for that. I do hope that with the book more people will see the project. I like the idea that a person will be exposed to the project for the first time and realize I’ve already drawn them.

How did the Taco Bell Drawing Club get started?

I was spending a lot of time drawing at Taco Bell and decided to invite people to do that with me. It’s more than 10 years old now and there are over 250 members around the world.

There’s a Taco Bell at the end of my street, but I’ve never been to Taco Bell before and I’m slightly obsessed with maintaining that. Otherwise, I’d join.

What is funny, a lot of the members are not big Taco Bell eaters—I always buy things so we’re proper customers—but people attending the drawing clubs don’t have to.

I have one final question for you based on your Instagram: am I right in thinking that you are a fan of hot dogs? What is your perfect hot dog and condiment combination?

I do like hot dogs! I like them grilled a little extra with ketchup and mustard, and sometimes chopped onions and dill relish. Ketchup is, I guess, a little frowned upon on hot dogs, but I like it! What is your favorite kind of hot dog/condiment combination?

I love a picnic-grilled hot dog on a sesame bun. Slashed but not too slashed. Then mustard, relish, a bit of ketchup. Sometimes onions if they’re not chopped too finely. If I go to Ikea, I just do a straight-up mustard squiggle. I go real basic on an Ikea dog. 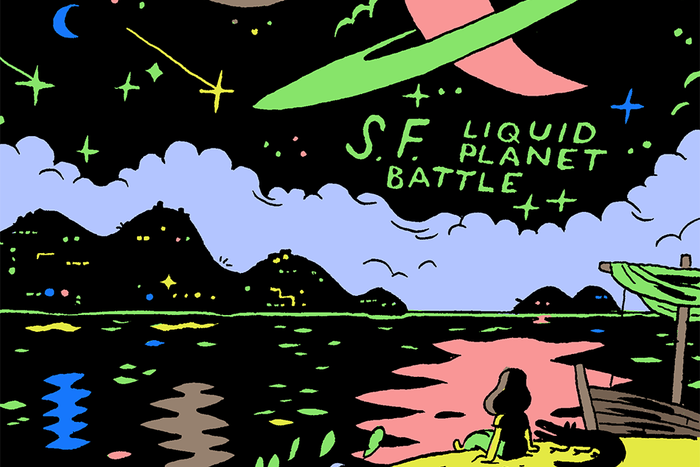