My brother made an impromptu visit to Toronto two nights ago on a business trip. He still lives in our hometown, Calgary, 20 minutes from the house I grew up in and the one he moved to at 12 when I was born, with his wife and five-year-old daughter. We don’t really talk, not because we’re estranged or fighting, but mostly because we have little to say to each other. If I want to know something about him, I’ll ask his daughter, who once summed up her quiet, somewhat crabby father to me by saying, “Daddy’s just sleepy.” Probably for the best.

I can’t remember the last time we spent any time together without the blissful buffers of other family members, or TV, or a heaping portion of food. We met after dinner for a drink near his hotel downtown. “Why do people visit this city?” he asked me. It was sweltering and he was wearing thick jeans and a long-sleeved button-up. (“Shorts are undignified for an adult man,” he said when I asked why he thought it a good idea to cover every part of his body on what was a very, very hot night.) We walked to a bar while he complained about the smell of the city (“Like an open diaper”) and how the CN Tower was a pretty lame tourist trap.

I used to desperately want to be my brother’s friend. When I was eight or nine, I’d try to learn new words and employ them in casual conversation so he’d pause and think, You know what, I’ve been wrong about her this whole time. It’s the only reason I know what “quixotic” means. I still haven’t used it correctly once.

We decided to visit the bar connected to Hazlitt’s offices, on the main floor across from the dreaded CN Tower he hates so much. We followed the waiter to a table but ran into our editor-in-chief, Jordan Ginsberg (who I have been calling “Gabbo” pretty consistently for the last two months and will continue to do no matter what he says) and a few other coworkers. I laughed uncomfortably for what felt like a full 15 minutes, and my brother and I decided to join them.

With the exception of my boyfriend, no one in my current life has met my brother. Having Gabbo meet him was particularly jarring—I talk to him more than anyone else which is, honestly, now that I think about it, very depressing. He clinked glasses with the most influential man from my childhood. My brother made fun of Gabbo with ease, he brought up the time I was suspended in the first week of the 7th grade, he complained about Toronto. He does not like Toronto.

Gabbo asked my brother what he did like. “Silence,” he deadpanned. “And day-old water.” It was never entirely clear if he was being glib, clever, cutely depressive, or if he was actually like that. It’s the balance I’ve been trying to make sense of with him since I was conscious of his existence: are you having a good time, or are you having a terrible time, or are you just pretending to be miserable because you’re not sure it’s okay to be happy?

This lively, talkative version of my brother isn’t the one I remember. When I visit home, he’s happy to slide into the background, let his screaming daughter take up the attention and grab me for hugs and pinches. When he comes over for Sunday dinners, he doesn’t greet anyone, just makes a beeline to the pantry to stare into its nothingness, because he’s never all that hungry anyway. (He’s off sugar these days, but drank a Guinness. We explained that Guinness did, indeed, have sugar. He cursed softly and drank deeply.) But this version of him was quick on his feet and aggressive and funny and terrifying. I felt like I was nine. Wait, how do I use “quixotic” again?

“I get it,” Gabbo messaged me after we had all gone home. “I thought you were exaggerating.” Whenever I try to describe my brother, no one believes me: how can someone be equal parts class clown and subdued depressive? Were we closer in age and didn’t both have that exact same formula pumping through our veins, we’d probably find a way to be friends.

This morning, I got to my desk and noticed a glass of water I poured for myself the afternoon before. I drank half of it, bubbles forming on the sides of the glass, my old lipstick stain fighting with a new one I was trying to make. And you know, he was right. Day-old water is pretty good. 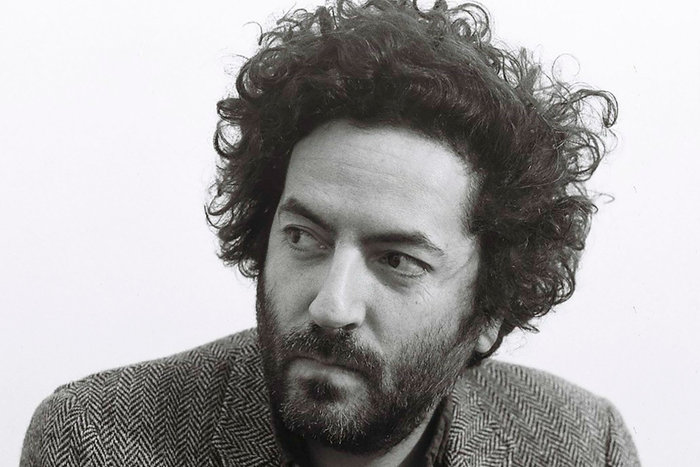 Interview
‘A Pep Talk for People in the Grip of Decay’: An Interview with Dan Bejar
Talking with the Destroyer songwriter about his new album, Poison Season, how his writing evolved past “… 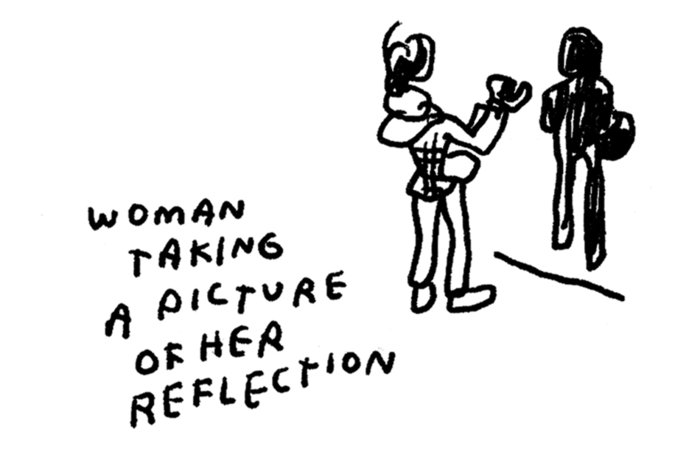 Interview
‘I Am Attracted To The Hope Of Finishing’: An Interview With Jason Polan
The artist and author on trying to draw every single person he sees, the Taco Bell Drawing Club, and how many Ikea hot…