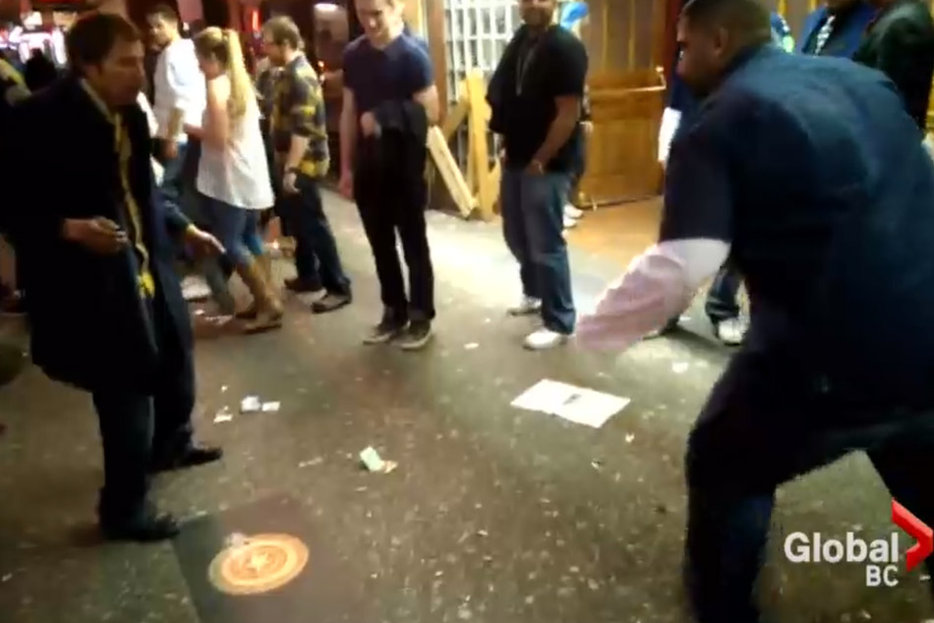 It’s not a video you’ll want to watch to the end: the scene tilts up to catch a big man in denim and a collared shirt yelling at a smaller man, a well-known neighbourhood panhandler. It’s way past last call outside a club on Vancouver’s Granville Street, and a crowd has gathered, the bystanders’ faces either grim or filled with mirth. The big man has paid the smaller man for a chance to kick him in the groin. “I’ll fuck you up,” the hulk yells before taking a step back. He winds up and kicks. His object dodges involuntarily, losing his claim to the money and limping off screen.

Another man steps in and remains for a few errant but painful kicks before grabbing the money and bolting across the street. The kicker follows. A high voice screams for help. Another voice near the camera breaks into howling laughter. The big man tackles the smaller one to the ground and grabs the money out of his hand.

After turning up on Reddit, the video caught some mainstream media attention. The man behind the camera, a young actor named Riley Speers, told reporters that he didn’t intervene because he was afraid of the unnamed hulk, and that posting the video online was his way of doing “the right thing.”

If we take Speers at his word that his intention was journalistic rather than voyeuristic, he wouldn’t be the first person to do some impromptu reporting to document and expose a horrific public incident. In 1990, a plumber named George Holliday filmed a muddy amateur video of uniformed police officers pounding away on an unarmed Rodney King; during the 2010 G20 summit in Toronto, cell phone videos showed riot police corralling and arresting protestors and bystanders alike. But the case of Speers and the hulk is different: unlike in those other instances, not only were police not the perpetrators, they likely could have even offered a solution.

Granville Street is a slash of neon across the turtle shape of Vancouver’s downtown peninsula. It’s a failed experiment in city planning, where authorities sought to protect nearby residential streets by only providing liquor licenses to clubs along a three-block “Theatre Row” for much of the 1990s. Because the neighbourhood is seen as a hotbed for misbehaviour and aggression, it’s heavily policed. If Speers, or any of the crowd of people watching and filming, had wanted to stop the kicker, rather than simply watch or document the act, they need only have found a uniform and pointed.

Ingrained power structures certainly played a role in the inaction of bystanders. The people lowest on the income scale are often the most vulnerable to this kind of sadistic violence—one step in a long ritual of dehumanization—and, for many, far too easy to ignore. Almost equally disturbing, however, is the impulse to document such a situation, rather than intervene.

Many professional journalists agonize over the ethics of this kind of reporting. Some argue that journalistic objectivity overrides any particular responsibility to act. Photojournalists train themselves to grab their cameras and start shooting before they fully recognize what’s happening around them, believing that documenting the moment does more long-term good than acting to stop it, or at least fulfills a separate but necessary societal obligation. But what happens when everyone with a camera phone sees him or herself as a journalist on a story, when everyone is a fly on the wall?

The case brings to mind a classic This American Life story from 2007 about a craze for fake newscasts that took over an elementary school. Children built elaborate cameras out of construction paper and toilet paper rolls, and began reporting on everything they saw. The school’s principal told Ira Glass that the trend reached its height when he discovered a brutal fight in the schoolyard, one student pummeling the other. Crowding around the fight, students were “breathlessly reporting” on what they saw, turning it into a news story rather than going for help.

Thanks to our phones, most of us carry cameras everywhere we go. Like journalists reporting on our own lives, our experiences become part of a narrative, honed in order to endear us to our various social media connections. We live with our faces angled toward the screens of our various devices, oblivious to the events beyond the viewfinder. Our bodies stilled to reduce shaking and our eyes trained on the screen, our filming—no matter how well-framed or widely shared, no matter how much attention we receive for it afterward—remains passive. We project the control we exert over the image we’re creating onto the experience itself, giving us a false sense of power, when in reality we have done very little.

In interviews, Speers described the events of that night as having been “like a movie.” It’s not rare to hear witnesses describe crimes in that way—they have since the theatres started playing films—but until recently, they tended to mean only that events appeared unreal and out of control. For Speers, that night on Granville Street actually was part of a movie—one that he was making.

Not even professional photojournalists are always comfortable with remaining at this kind of distance. Roger Simpson, the founding director of the Dart Centre for Journalism and Trauma, has argued that intervention is not only a moral obligation, but also key to a journalist’s continued emotional health. “The journalist, like any human being,” he said, “should prevent or minimize harm if it is in her or his capacity to do so.”

In 2012, photographer Ian Berry told The Guardian about an incident early in his career when he was traveling around the Congo with Picture Post editor Tom Hopkinson. The two came across a crowd attacking a man, chasing him down and beating him with sticks. Instinctively, Berry held back and shot some pictures while Hopkinson jumped in to help. Later, he regretted his inaction. “When you’re working with a camera, you tend to disassociate yourself from what’s going on,” he said. “You’re just an observer. We were there to record the facts, but the facts are less important than somebody’s life.”

That urge to hang back becomes even more of a problem when it extends to the general population, thanks to digital photography and social networking. A 2011 report commissioned by the Office of the Privacy Commissioner of Canada argued that, “the ever-accelerated information age has nurtured a ‘fear of missing out’ that has cemented our limited attention span to the immediacy of the moment, rather than the rationality that comes with perspective and consequence. Because of the rapid flow of social media, and the rush that comes with getting an instant reaction, rabid users are fixated upon capturing the ‘now.’” Could that fixation—that urge to build narratives—also be separating us from our ethical responsibility to other human beings?

“To photograph is to appropriate the thing photographed,” wrote Susan Sontag in her seminal work On Photography. “It means putting oneself into a certain relation to the world that feels like knowledge—and therefore, like power.” Sontag, whose death in 2004 roughly coincided with the wide adoption of camera phones in North America, saw the photographic image as the next step in a journey toward an “abstract world” that began with the advent of the printed word. Going one step further than still photography, video gives us an illusion of power not just over an object or a scene, but over an entire moment.

Speers’ camera phone wasn’t all that different from those cardboard news cameras in the schoolyard. It mediated the world in a way that made events taking place in front of him seem even more unreal, prolonging the fascination, and short-circuiting the urge to act. More than that, it gave him the false sense, whether in the moment or retrospectively, that by filming and sharing the video online, he was, in fact, acting.

This is perhaps more understandable when the power dynamics of the situation force the person behind the camera into a passive position, as with the King beating or the G20 protests. In both of those iconic cases, lacking any means to stop what they were witnessing in the moment, to stand up to the misdeeds of authority figures, those present resorted to recording and sharing later.

When those power dynamics are less clear, though—when, say, you’re watching a large drunk man intimidate, bribe, and attack a smaller man on a crowded street—the option of recording the act helps to zap whatever bravery might have spurred the person filming to find help or jump in and risk harm themselves. When we’re conditioned to document rather than react, we become a world of schoolyard newscasters, standing back and analyzing the situation as a story, assuming Reddit users (or whoever) will solve the crime eventually.

If there’s any upside to the existence of the video, it’s that the police did eventually track down the hulk. They have yet to lay charges, because the two smaller men technically consented to being hit, but they’re still investigating events before and after. The video may eventually do some good as evidence of the danger in the streets to our most vulnerable citizens, but what comfort does that offer to the men who were hurt while a crowd watched, breathlessly, passively reporting?

Erika Thorkelson is a regular contributor of arts and culture writing to the Vancouver Sun, and a blogger for DeSmog Canada. 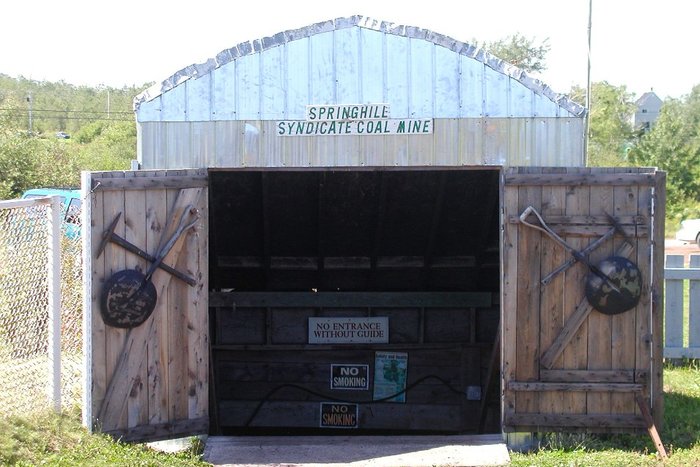 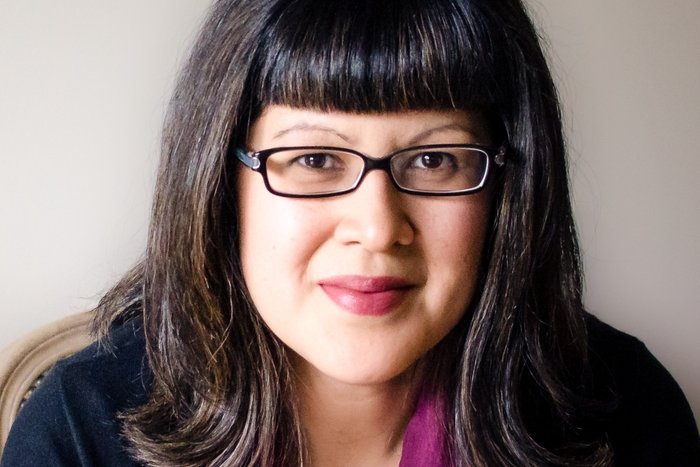