The Hazy Edge of Memory: Torvill and Dean’s Perfect Bolero at 30 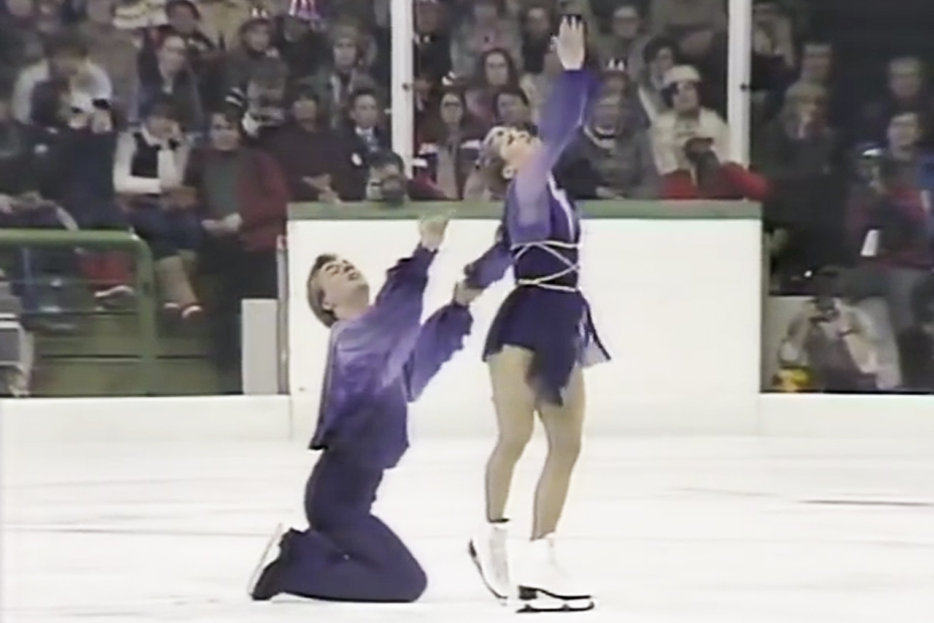 The Drive. The Play. The Goal. The Golden Goal. The Shot. The Shot Heard Round the World. The Shot that Saved Cleveland :/ The Hand of God, The Holy Roller, The Immaculate Reception. Too Many Men on the Ice, The 13th Man. El Perfecto … No Mas.

We remember sports in short phrases like these—cues that call to mind a still frame or a highlight. Even a sport like ice dancing—often dismissed as fodder for something like a Christopher Guest mockumentary—is remembered every four years with its own mantra, its own call-and-response that conjures its most famous moment. Bolero. It begins with the famous pose, Jayne Torvill and Christopher Dean, left cheek to right cheek. Sarajevo ’84. The opening snare drum cadence of Maurice Ravel’s most famous composition.

Most skating programs have crests and troughs; during the latter, the skaters regroup, and, especially in singles and pairs figure skating, prepare for a jump, a respite followed by the scrape of take-off, the breathless blur, the slice of (ideally) a landing, and a crescendo of applause that (hopefully) seals a medal. There are no jumps in ice dancing, though, and strangely, Bolero is in a way all crescendo—a swell drawn out over most of five minutes. Skating routines are usually performed to a notable piece of music, but rarely does it feel as though any particular piece might have been written for the performance itself. It’s not so surprising to learn, then, that Bolero was originally commissioned to be a ballet. Or that Ravel finalized its major theme and tapped it out on a piano just as he was about to go for a swim.

Competitive skating is often demeaned as a sport, even while many of our great athletes and their trainers study kinesiology and gladly credit their agility to dancers’ conditioning methods. Every fourth summer, we are reminded what great athletes gymnasts are, yet skaters suffer for their theatricality. Other athletes with grace are allowed the metaphors of art: Walter Payton was, for example, (deservingly) dubbed “Poetry in Motion.” Skaters, meanwhile, are supposed to embody these metaphors from the beginning, and are penalized when they fail to convince us of the illusion, even as we watch in the full knowledge of the grueling practices from an early age; the demanding coaches; the demanding parents.

Even worse, Olympic skating is dogged by scandal, from the Tonya Harding and Nancy Kerrigan mayhem before Lillehammer, to Sale and Pelletier being temporarily cheated out of gold in Salt Lake City, to, in these Games, rumours of vote-trading between Russian and American judges. And even if there were no trade in Sochi, and even though Meryl Davis and Charlie White skated well enough to win, everything still happened exactly as the rumours said they would. The result: another depressing black eye for the competition, another occasion for disputed (or at least resented) champions to make us nostalgic for the undisputed champions of the past.

Olympic ice dancers skate in the shadow of Torvill and Dean (as the BBC suggests, all British skaters do, even though most of the current athletes weren’t born in 1984). Compounding that is the fact that Bolero is a choreographed performance that can be, and has been, re-enacted. Being able to so overtly repurpose the sport’s signature moment is a strange idea in an era where live sports—especially huge events like the Super Bowl and the Olympics—are the last sacred cow of broadcast television. (Imagine if Michael Jordan could trot out Craig Ehlo in the same way.) It’s hard not to wonder whether we over-praise this performance—whether we are in a way praising thirty years’ worth of praise. We become cynical when highlights from other sports are replayed ad nauseam; we’ve seen Joe Carter’s home run so many times as filler during meaningless July contests that the experience of watching it starts to get diluted.

And yet the defence against Bolero being taken too seriously is present in the moment itself. It was Valentine’s night; they were last to perform; it was supposed to be a coronation (“Four minutes away from Olympic gold”). And still they had to wait as a little girl clearing the ice of bouquets took her job VERY seriously (with Torvill smiling graciously as she skated off) before they could begin. Then, finally, after five minutes of what essentially becomes a murmuration, their most iconic performance ends so surprisingly—so pleasantly—with a pratfall.

That fall at the end: was the bounce of Christopher Dean’s head practiced a hundred times, or was it an involuntary motion that was part of this particular fall? (The fall is different in later performances.) Either way, this is the chaotic moment that jars you back into realizing that these two are real people who have rehearsed endless hours (and dyed their own costumes, and famously had day jobs as a cop and an insurance clerk). The fall is the flaw that proves the flawlessness—a brief moment of whimsy that takes the audience from transfixed to raucous—leading to their perfect scores across the board for artistic expression. Their marks have remained unmatched since, and like baseball writers refusing to bestow a unanimous Hall of Fame ballot in deference to history, it’s hard to see them happening again.

Part of Bolero’s advantage is that people remember it as a historical counterpoint. The 1984 Olympics occurred at the height of an ever-present Cold War, and the United States had boycotted the previous summer games in Moscow, while the Soviet Union would boycott the subsequent summer games in Los Angeles. (Most of the surrounding games were held explicitly on either side of the Iron Curtain: in Munich, Innsbruck, Montreal, Lake Placid, Calgary, even Seoul.) But most poignant is what happened in Sarajevo itself during the 1990s. At Lillehammer ’94, after Torvill and Dean came out of amateur “retirement” to take bronze, they reprised Bolero on its tenth anniversary in support of the devastated Bosnian capital. They also performed a 30th anniversary rendition in Sarajevo just last week.

There’s that quote we all know by heart (L.P. Hartley from The Go-Between): “The past is a foreign country: they do things differently there.” Today, when you watch those perfect scores for Bolero flash up on the screen—

—it’s hard not to find the country codes a bit unrecognizable. Scotland will vote on independence from Great Britain in the fall, and even Canada has since faced a referendum that could have dramatically changed its makeup. But three of the other countries—the Soviet Union, West Germany, and Czechoslovakia (not to mention the host country of Yugoslavia)—have already ceased to exist altogether.

In a piece that aired during the Salt Lake City games, 1984 gold medalist Scott Hamilton said he’d never go back to Sarajevo as Torvill and Dean have. His Sarajevo “would never change,” he said. As if the most important thing that happened in Sarajevo was the Olympics, something largely experienced by visitors. But he’s not entirely wrong: remembering Sarajevo ’84 is a strange mixture of sentimentality and cruel reality. It’s already at the hazy edge of memory, the point where people stop remembering so much as imagining. When memories become fantasies. 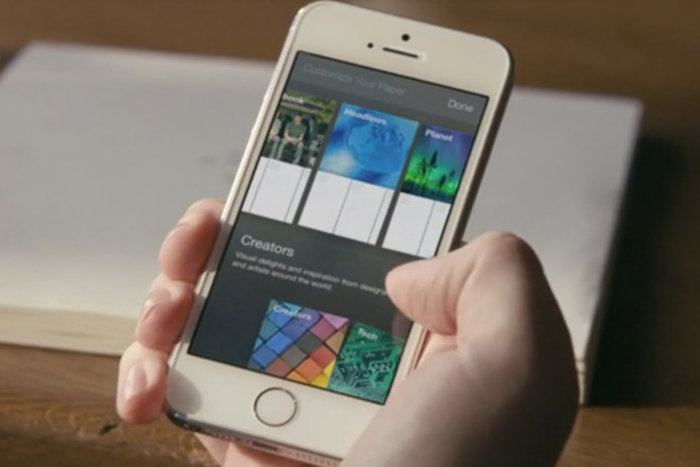 Technology
What Do We Actually Want Social Media to Do? 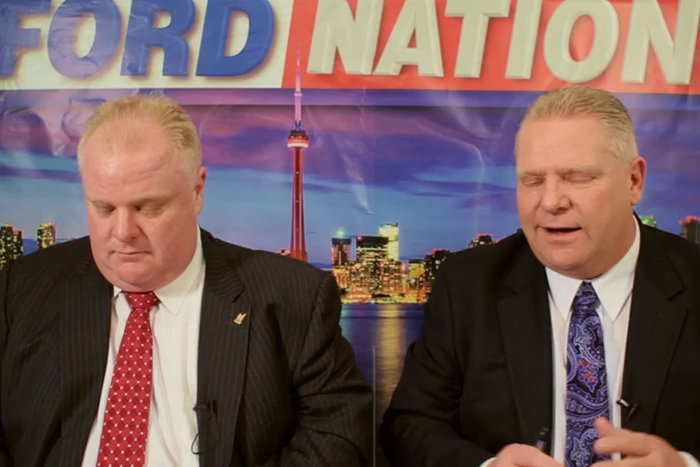