On Haiti, the End of CIDA, and the Failures of Foreign Aid 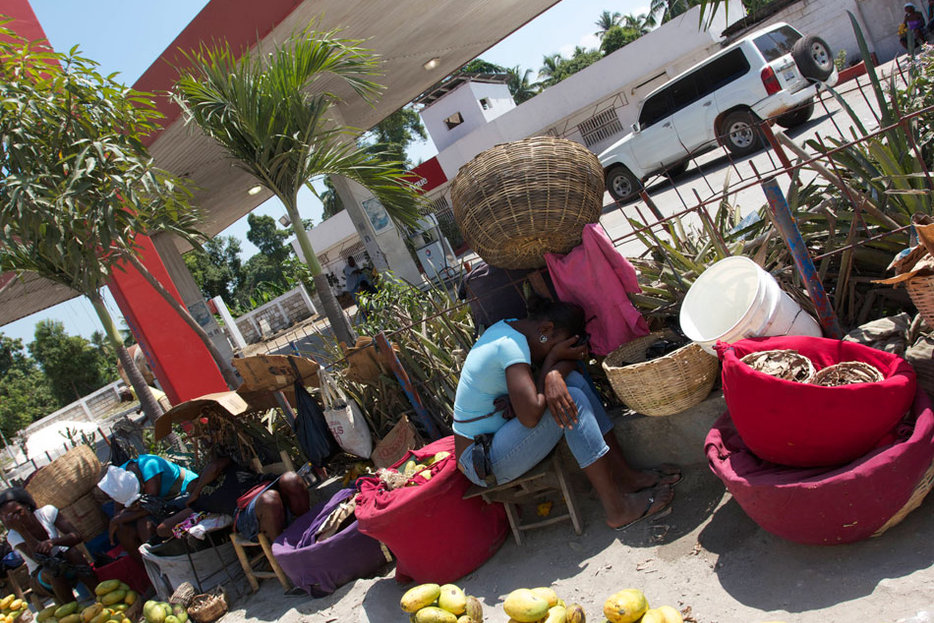 I drove through the market in the village of Arcahaie along Haiti’s western coast this morning, and saw sack after sack of Mega American Rice. Artibonite rice, named for the province about 50 kilometres north of here where it was grown, used to be renowned for its flavor, not to mention its role in the Haitian economy. For all intents and purposes, it no longer exists.

I had been thinking a lot about CIDA recently, the 45-year-old Canadian International Development Agency that was just put to rest in the latest federal budget. I’ve heard lamentations. I’ve read accusations of mismanagement. But all I found myself saying to anyone who would listen was, The thing should have been smothered in its fitful, fractious sleep years ago.

Let me make a crucial distinction here before you think I’m a monster. There is a difference between crisis relief, which I take to be the very hallmark of a compassionate, civilized planet, and what one might call chronic aid, the sort that goes on for years, driven as much by domestic and evangelical concerns as it is by the needs of the recipient nations or regions.

CIDA and agencies like it around the world have been standing in the way of international development for decades, supplanting local economies with plane loads of free goods, putting local vendors and producers out of business, placing entire populations onto a sort of enforced welfare. We’ll give you this stuff for free, they say, but we’re going to take your jobs in return.

This is not a good deal. This was not, for example, how the Marshall Plan worked. But that was Europe, you might say, and this is Haiti. Europe before the war was productive—it just needed a little encouragement to pull itself up by its bootstraps. Haiti, though? When has Haiti ever been able to take care of itself?

The answer is two-fold. First: Haiti used to be the world’s biggest exporter of sugar. True, that was under French rule, but it was the Haitians doing the work. And they had the natural resources, the fertile soil. More recently, it was a major exporter of coffee and the aforementioned rice. All of that, however, was screwed up through a long-term combination of foreign machinations. (The slavery-era United States did not like the fact that Haiti’s slaves had successfully rebelled and refused to do business with them, as did the French and the British, both of whom the Haitian forces had defeated in battle.)

The second part of the answer is, though Haiti as a nation is at the moment singularly unproductive, what I see as I go around Port-au-Prince, Pétionville, Jacmel, Port Salut, Les Cayes, Petit Goave, are people working, hard, all the time. On Easter Sunday—a big deal here, with costumed Rara bands joyously roaming the streets—I saw men lathing wood for tables in Port-au-Prince, carrying sacks of cement mix in Aquin, building and fixing houses, selling lumber, carving, welding, hammering old bed springs back into shape to be resold. I saw women sitting in front of a gas station in Léogane selling mangoes, six for a dollar, bent over napping, not because they were overworked, but because they’d spent the last night partying with hundreds and sometimes thousands of others at the massive dance fests that punctuate Easter weekend. But there they were, at work on Sunday morning at 9 a.m. 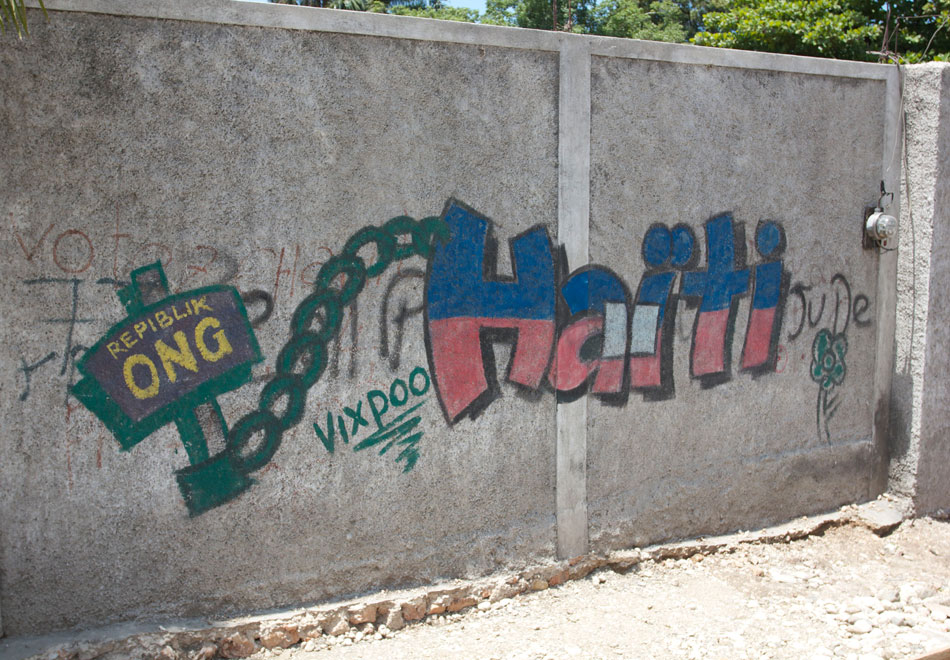 This is not a lazy country, and, individually, these are not ineffectual people. These are the people who, shortly after winning their independence, funded Simon Bolivar on the understanding that he would free the slaves in any country he conquered—which, as a result, he did. More recently, though, the populace has collectively been massively ineffectual. That, however, may have something to do with the fact that the management of labour into industry has been outsourced by consecutive governments to foreign powers whose priorities are muddied by domestic or evangelical concerns. (The number of talkative, radiant Christians—Catholics, Protestants, Jehovah’s Witnesses—harvesting Haitian souls while soothing their own here is truly revolting.)

CIDA would have needed a good deal more power and autonomy than it had to get anything truly transformative done here, and that was never going to happen. Nor should it have. There are only two sorts of bodies I can think of that might be in that sort of position. The first is government, which has been hamstrung for decades by a number of factors. The other is corporations, one of which, the Irish-owned cell phone company Digicel, has made a huge infrastructural contribution to the country: This is one of the most connected nations I’ve ever visited. No matter how remote, I’ve got a signal everywhere. Of course, they presumably remove most of their profits.

But as for the things CIDA and others work at, such as water purity? CIDA offered cholera treatment, but no effective cholera prevention; it provided clean drinking water for 75,000 people in 2010-2011, but no way for Haitians to provide clean drinking water to themselves. As I sit here, now in a little B&B called Guy’s House in Jacmel, drinking beer at 11 in the morning to cool off because the water is toxic, there’s a warning on both the Canadian and U.S. travel advisory sites not to come here because of a cholera epidemic.

I ran into another tourist here yesterday. His name was Ryan, and he’d worked for 13 years in commercial real estate in New York. We got to talking about aid and Haiti, as one does when one runs into anther blanc here. As we walked around this lovely but completely ramshackle 19th-century city, 20 kilometres and three-and-a-half hours over the mountains from Port-au-Prince, I wondered aloud if aid was doing much good. Apparently a compassionate capitalist, Ryan said aid was necessary in a place like this because the economy needed a kickstart. A nation as dysfunctional as Haiti, he said, couldn’t expect to spark its economic motor on its own. He just thought the aid was probably being misspent, he said, as he took his iPhone out to snap a picture of a family of black pigs nesting in a dry riverbed filed with garbage.

Haiti was CIDA’s biggest recipient of funds: more than a billion dollars over the past six years. Some of that was disaster relief for the 2010 earthquake, but most of it was not. And Canada’s been sending aid for more than six years, as have other countries, most notably the U.S., which even as far back as the 1970s was sending more than $30 million a year. If this kickstarting were going to do anything, it would have already. Aid is not working here.

But few involved will say so. Donor agencies are in the business of disbursing money, and no one is likely to suggest putting themselves out of business. On the other end of the equation, there is, by now, an entire economy here based not on revenues from production, labour, or natural resources, but on aid. As Elizabeth Abbott so crushingly described it in her book, Haiti: A Shattered Nation, for decades now, Haiti’s chief natural resource has been human suffering, a thing so tangible it’s got a name here: la misère. They produce it by the sack full, and it’s a seller’s market.

I realize foreign aid and international relations and macroeconomics are complicated things—that aid comes in many forms, including preferential trade agreements between wealthy nations—and I don’t claim to fully understand all their intricacies. (I have a suspicion, though, that they’re so complex, nobody does.) But what isn’t complicated is what I see all around me here every day: happy people, busy people, people going about their lives in a gorgeous country. They have been victims over two centuries of racist American foreign policy, of French retribution, of intentional economic sabotage from without and within. It’s not their fault, but it must be their responsibility. They must start working for themselves and each other, not us.

Bert Archer is offering a course at the Academy of the Impossible on virtuous tourism, based in part on his trip to Haiti. You can find out more about it here, and register at [email protected].

–
Top photo: Outside a gas station in Léogane, it’s mango season, and women out Easter-partying the night before are out, if not exactly up, selling the six for a dollar at nine in the morning.

Second photo: “I’m not the only one who thinks that foreign aid and NGOs (in French: ONG) might not be an the unadulteratedly good thing. This wall is just below Jalousie, one of the poorer areas around Port-au-Prince, just above the relatively wealthy Pétionville.” — B.A. 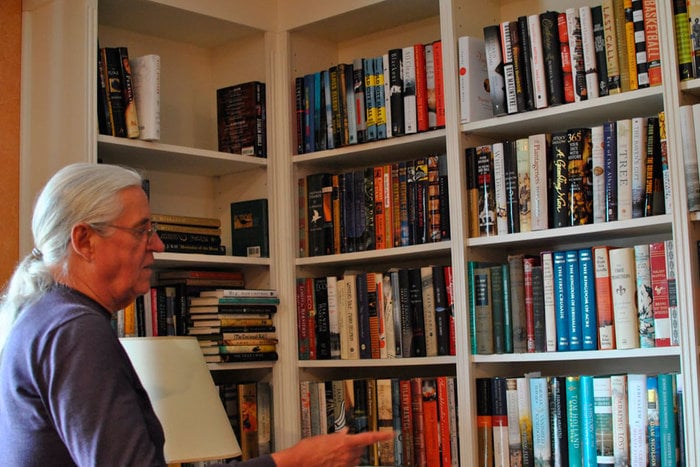 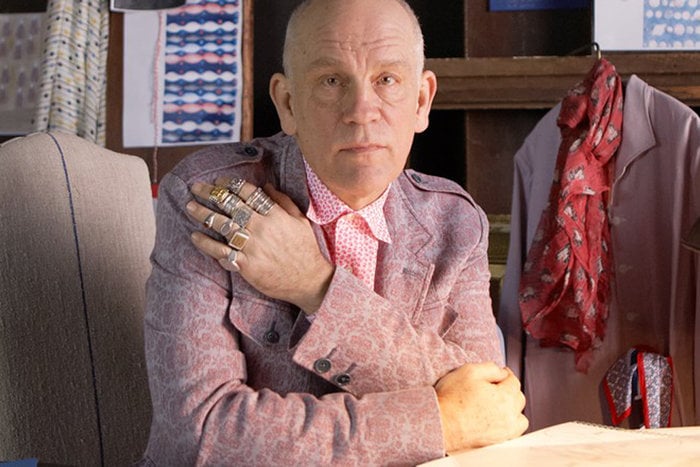