The Gift of the Border

Borders don’t really exist. They’re imaginary spaces, semi-porous membranes whose only power is collectively imbued by the citizens and governments they separate. They can also be opportunities.

Patrick Redford reads by day, writes for Deadspin at night, and is... 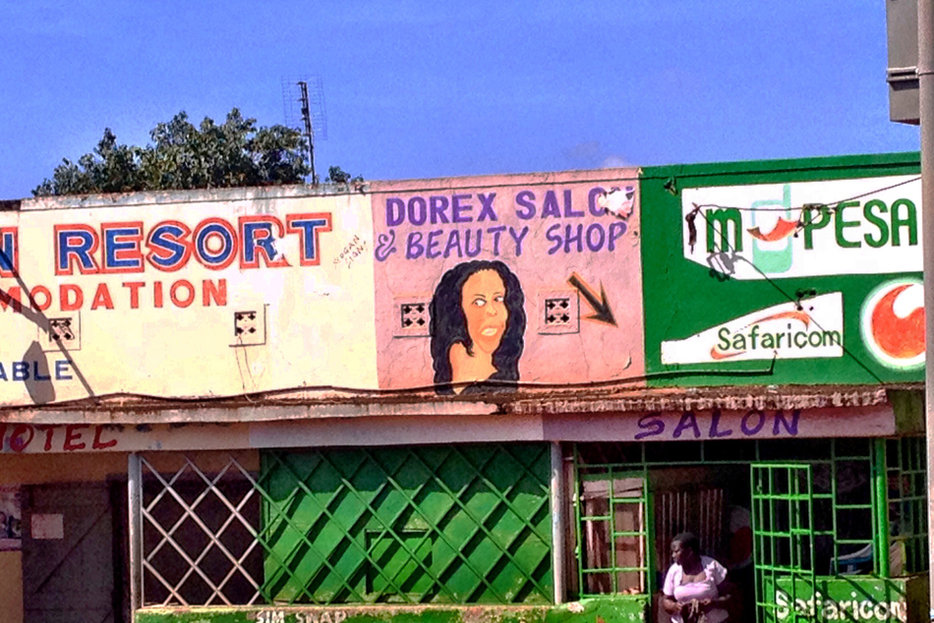 The layout of urban Busia, Kenya, isn’t so much a grid as it is a fuzzy line segment. There is no radial symmetry, only a tight sprawl of houses and roads hugging Kenya’s last ten kilometers of the B1 highway before it reaches Uganda. The road is Busia’s one artery, pumping oil, sugar, bananas, coffee, gold, guns, and more back-and-forth across the border. Some towns in Western Kenya are dependent on the sugar industry; others, fishing. Busia, whose population has quadrupled to more than 60,000 over the last 20 years, is booming because of the border industry.

Aside from a stretch of coastline along Lake Victoria, Uganda is landlocked. The country’s manufacturing economy is growing, but its strength is still in producing raw coffee, tea, and tobacco for export. The closest and largest port to the rest of the world is Mombasa in southern Kenya. Uganda must conduct most of its trade by the overland route, and according to a few border guards I talked to, about 80 percent of this traffic comes through the Busia border before heading to the coast. Uganda is also Kenya’s largest export partner; almost all of those exports come through the border here. Busia nucleated around the kernel of activity that is the border, turning itself into far more than just a remote checkpoint.

There aren’t any tall buildings in Busia, but the stationary line of shipping trucks, protruding kilometers back from the border, is something like a terrestrial skyscraper. They snarl traffic on the B1 to a halt, making movement on the road impossible and forcing matatus and boda-bodas to weave between them. Hotels, cafes, and dingy bars line the street to service truck drivers who have to wait for hours, sometimes even overnight. They are the natural resource the town’s economy runs on. Busia never sleeps—not with a steady supply of men with money rolling through for less than a day at a time.

My travelling partner and I were trying to make it into Uganda from Kisumu, Kenya, but we had visa problems and didn’t want to risk crossing the border illegally. So we were marooned in Busia until we met with a crossing agent with whom we had a mutual friend. In a small cafe along B1, a Quebecois prank show from the 1990s played on the TV while he agreed to help us out for a nominal service fee. It would, however, take all night.

Entering Busia, you pass massive signs proclaiming “YOU ARE APPROACHING A NO CORRUPTION ZONE.” Despite the wishful thinking, there are more little opportunities for extra-legal wrangling than can be regulated, from mismarked shipments to incorrectly dated visas to smugglers looking to grease the wheels. If the purchasing power of the crossing agents with whom we interacted is evidence, business is good.

After the handoff, we followed David (all names have been changed) through a labyrinth of barbershops, currency exchange booths, and snack shops to a small porch. Across a short, dark field, 100 meters away, the road terminates at a grouping of dingy streetlights and a few chow stands. Uganda is right there, no fence in between. People ride motorcycles in between countries, nonchalantly crisscrossing the border at their leisure.

A tall fence barricades the road, but here, another country’s soil is within walking distance without a barrier. None of the border guards who come to say hello seem to mind the traffic. They’re here to chill, not work. One of them owns the barbershop we’re in, the phone store across the street, and mentions how he wants to buy the restaurant next to us. We chat about the trip, Kisumu, and the English Premier League.

Regardless of their break-time attitude, though, the life of a crossing agent is a nimble one. They must process nonstop traffic from both sides. Kenyans and Ugandans can cross without a visa, and technically there aren’t tariffs or duties on goods shipped between the countries. This would seem to make most transactions fairly simple, but in practice, getting across is trickier. Upon entering Busia, you pass massive signs proclaiming “YOU ARE APPROACHING A NO CORRUPTION ZONE.” Despite the wishful thinking, there are more little opportunities for extra-legal wrangling than can be regulated, from mismarked shipments to incorrectly dated visas to smugglers looking to grease the wheels. If the purchasing power of the crossing agents with whom we interacted is evidence, business is good.

Those hotels and cafes spanning the length of B1? All owned by crossing agents. On a tour of Busia, David and his friends pointed out kinyozi (barbershops), stores selling cell phone data packages, and hotels that their coworkers owned. Over beers at a rooftop club later that night, each man talked about saving up to buy some businesses of their own. One of their friends opened the club four months earlier to huge fanfare, and it’s apparently packed every night. Couples grind glacially as we settle in. David and his friends introduce us to all their friends.

They show us how to dance to Ugandan pop, which is great, and tell us about the subtle yet important differences between Ugandan and Kenyan songs. We get the grand tour of the club, all four floors of it. Ernest, the owner, is planning to fill the building out with a hotel, two restaurants, and a pair of clubs. Whenever one of us finishes our drink, another one materializes in its place. There is a National Geographic show about bears on all the televisions. A storm rolls in and knocks the power out, and everyone patiently drinks until it comes back on and the party resumes. Every third person seems to be a crossing agent or someone’s good friend. One of them has khat. Others come and go, to work, from families, from other clubs. We meet girlfriends, get shown pictures of families on cell phones, and David offers us a place to sleep at his house.

A swarm of sugar shipments from Kampala are scheduled to start the crossing process at 2 a.m., so Ernest leaves us to head to work. David will join him after the night ends too. I ask if being a border agent is hard work and they describe it as a hustle. You work long hours, meet people of all stripes, but you have autonomy to make the job what you will. Most want to make it into a side career in real estate.

While these kinyozi and clubs are technically the spoils of corruption, their moral valence isn’t as clear-cut as it seems. Corruption is often seen as endemic to Kenyan political society, and across institutions, bribes are built into the cost of doing business. Our neighbor back in Kisumu told us he was paying for the required lessons to get his driver’s license because he didn’t want to pay for the bribe. Joining a civic body, for example, most notably the police, tends to take an exorbitant bribe. After the Westgate mall attack in 2013, soldiers were caught on CCTV looting stores while they were supposed to be securing the building.

There’s a kind of positive feedback loop that comes with the corruption introduced during British colonialism—a warped, accelerated capitalism that incentivizes watching your own ass rather than doing your duty. It’s not an intrinsic feature of Kenyan society, but rather a structural neocolonial holdover from a recently bygone era where Kenya was property. Kenyans are frustrated about it and want to loosen its grip, but the British wove it in as deeply as they could. In Busia, the crossing agents at least invest their cut back into the town. And as in our case, having a fixer on your side can be a mutually beneficial alliance.

There’s a symbiosis to how Busia functions for everyone involved. Matatus from Kisumu, Eldoret, and elsewhere around western Kenya haul in people to the open-air markets next to the fence and then head back laden with sacks full of cheap clothes. Because of the weak Ugandan shilling, everything is cheaper in Busia—Kenyans get access to cheap clothes, and Ugandans get access to the healthier Kenyan market. Supply and demand are in something like regulated harmony, with the crossing agents as referees.

We never got to cross the border on this trip, suspended as we were in visa limbo. For those on the right side of the law, crossing is haphazardly simple. You have to shuffle through a scantily demarcated construction zone between the fences before you pop into a simple building. Outside the fence, Uganda has its own Busia, a town of equal size that I heard functions the same as its Kenyan twin. The tilted economic gradient between the two is gradual at a country-to-country level, but on the ground, the topography is sharper. The minor transgressions and side hustles going on in Busia don’t register at all in Nairobi or Kampala, but in each Busia, they matter to—and help—almost everyone.

For all their implied importance as agents of separation, borders don’t really exist. They’re imaginary spaces, semi-porous membranes whose only power is collectively imbued by the citizens and governments they separate. Sometimes, they are heavily militarized zones, inhospitable and contentious. Sometimes, they’re just signs on the road. And sometimes, they’re opportunities.

Patrick Redford reads by day, writes for Deadspin at night, and is @patrickredford always. He lives in California. 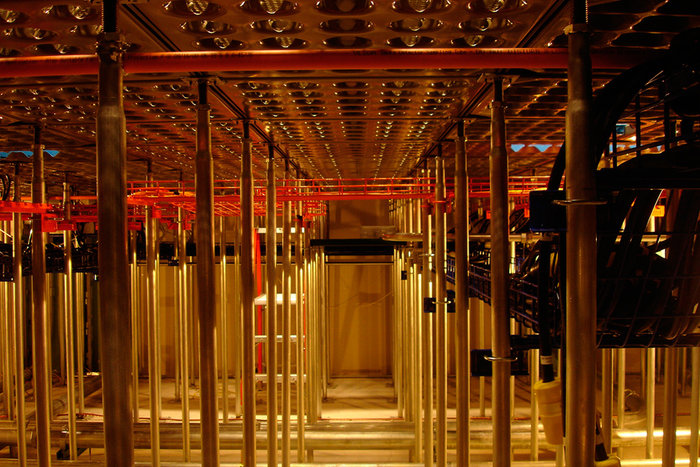 Society
The Terror of the Archive
I might be, in many ways, a different person now than when I signed up for Ashley Madison more than a decade ago. And… 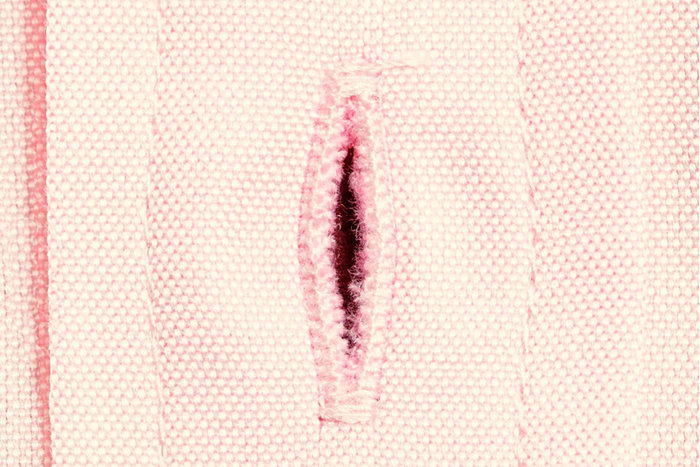