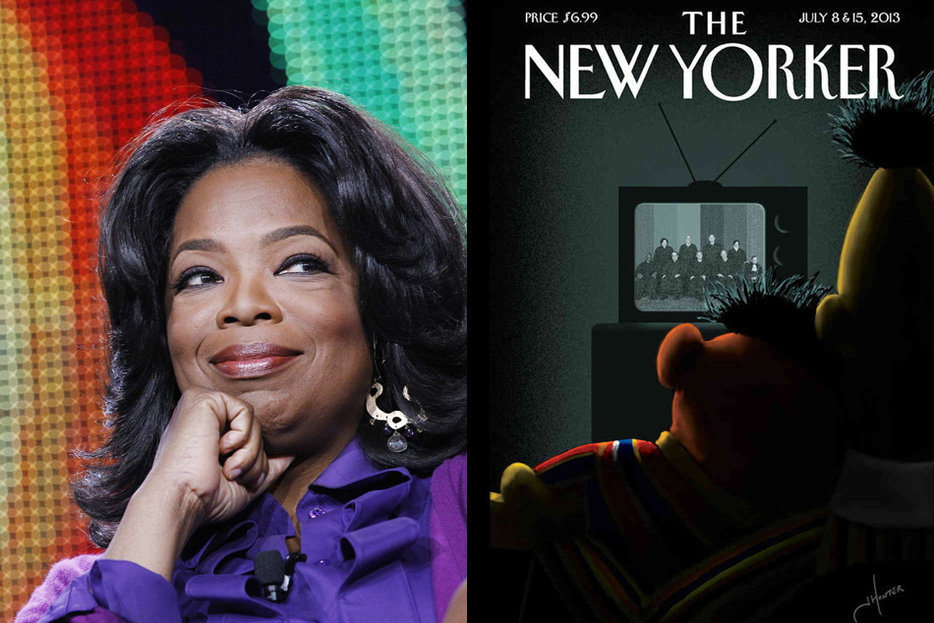 First up, Forbes released its annual list of the world’s 100 most powerful celebrities, and—spoiler alert—actress Oprah Winfrey has reclaimed the top spot. This calls for a new tattoo! On the political side of things, The New Yorker celebrated the U.S. Supreme Court’s historic rulings on same-sex marriage with a cover featuring gay Muppet icons Ernie and Bert snugglin’ up on the couch. So, which of these magazines did a better job? The only way to find out is if I compare them and arbitrarily pick a winner!

Forbes’ Celebrity 100 List
I’m a huge fan of lists: shopping, top ten, wish, revenge, etc. But the Forbes Celebrity 100 list is the best one of all. What it does is literally “list” the most powerful celebrities on Earth. Aside from Oprah, the list features Lady Gaga, Steven Spielberg, Howard Stern and the great Bronson Pinchot. Haha, just jokin’. He’s not on there! But you know who is? Glenn Beck. And he made $90 million last year, which is $24 million more than what Coldplay raked in. Moral: Coldplay should become emotionally unstable conservative pundits if they want to make some real money!

The question is, how does one make Forbes’ Celebrity 100 list? Is a celebrity’s power determined by money alone? Not exactly. Yes, money is a big part of it, but it’s not the only thing. A celebrity’s power score is actually based on multiple factors, including:

Combine some or all of these factors and you’re well on your way to becoming a powerful famous person. Good luck next year, everybody!

The New Yorker’s Ernie and Bert Cover
The New Yorker’s decision to put Ernie and Bert on this week’s cover to celebrate the defeat of DOMA was applauded by some and criticized as reductive by others. Turns out, some in the LGBT community weren’t keen on having their victory in the struggle for marriage equality represented by Ernie and Bert, a pair of childlike Muppets known for obsessively collecting paperclips (Bert), singing to their bath toys (Ernie) and occasionally removing each others’ noses for fun. I asked around, and very few of my gay friends behave this way.

Personally, I was shocked that The New Yorker put Ernie and Bert on the cover because they’ve never officially come out of the closet. Why should these two Muppets-come-lately get all the New Yorker glory while out-and-proud Muppets like Sam the Eagle and Statler and Waldorf (who were there at Stonewall) get bupkis? It’s a huge oversight, and disrespectful to the role Muppets have played in the gay rights movement.

The Winner
This week’s winner is The New Yorker’s Ernie and Bert cover. Yes, it may have been a questionable way to salute the recognition of same-sex marriage, but on the bright side, it inspired conservative magazine The National Review to run a cover showing Christian Claymation characters Davey and Goliath hanging themselves. Pretty neat! 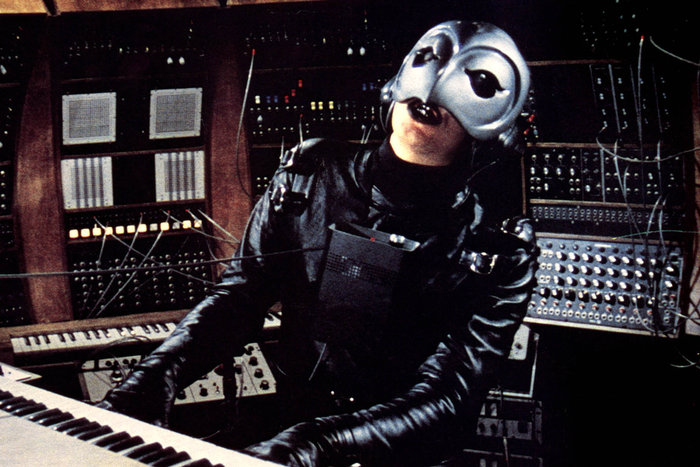 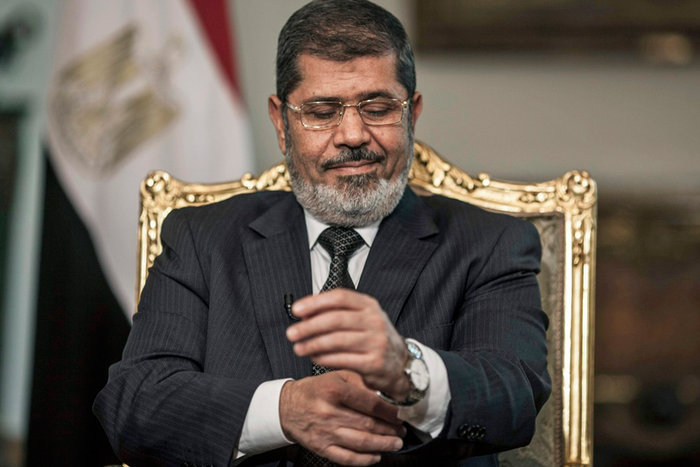 Politics
Morsi’s Ultimatum and the Dog’s Breakfast in Cairo