Marc Jacobs made some people upset recently. Or, rather, Marc Jacobs made a lot of people who generally give no fucks about Marc Jacobs write feverish posts about the style house on their Facebook walls. Scandal struck when someone in the presumably deep Marc Jacobs bureaucracy designed a shirt that was essentially a copy of one of white power skinhead band Skrewdriver’s album covers—and not the first album, either, which sketchy dudes of all shapes, sizes, and ethnicities will continuously and tediously defend as “not the racist one.”

No, it was the cover of the “Boots and Braces/Voice of Britain” 12”, a full-on white pride/English nationalism record. This caught the eye of somebody at Gawker, and then, like clockwork, everybody who has ever enjoyed being part of a subculture at some point in his or her life had something to talk about for two days until an embarrassed Marc Jacobs withdrew the shirt. Presumably, they sent all the unsold units to Morrissey. People were upset, but, since skinheads aren’t a major concern anymore, the prevailing sense was one of bemusement: As far as Internet outrage is concerned, it felt like everybody was going through the motions.

What went largely unnoticed during all the excitement, though, was that, during the Marc Jacobs Fashion Week event, which was going on at almost the very same time, somebody decided to score a runway show with Jeffery Lewis’s “What Would Pussy Riot Do?” On one hand, the song is an egregious example of the cloying hand hold-y DIY that I actively do not dig. On the other, though, it’s a well-intentioned attempt, no matter how ham-handed, by a goddamned adult to actually engage with the world and try to change it. My admiration for what lies behind it (slightly) outweighs my aesthetic distaste; if you like Moldy Peaches and voting Green, you can do a lot worse. But it’s also a song overtly about not selling your soul, not engaging with the market, not allowing yourself to be reduced to a commodity. There are worse things going on in the world, yes, but hearing this particular song used to sell sequined ‘50s throwback linens was jarring nonetheless.

So which is worse: Appropriating fascist imagery to the point of rendering it silly, or using the equivalent of a modern day Billy Bragg B-side to sell overpriced drapery? I’m only talking about songs and imagery meant, in a very specific way, to be political—an Iggy Pop junkie anthem being used to sell cruise packages is a battle for another, longer day.

(Caveat Number One: My general rule for “selling out” is, unless you’re a political band, I don’t care. Also, while there are plenty of examples of “punk” being co-opted, for the purposes of this article, let’s go with punk not being inherently political, and certainly not being inherently progressive. In fact, one could argue that the fetishizing of uniform and affection for the manufacture of limited-edition vinyl collectibles for one’s fellow exclusionary hobbyists is both aristocratic and extremely consumerist-conservative. I mean, one could make that argument. Not me. I love Born Against. Show me a band shirt and I’ma buy it. Either way, John Lydon selling butter is not enough to earn my righteous opprobrium.)

To make sure nobody gets out of this unscathed, it’s worth noting that the use of right-wing iconography is just as common among musicians as it is among fashionistas. From Joy Division’s concentration camp-derived moniker to Siouxsie’s swastikas to the puerile doodling of Iceage, pasty musicians from comfortable backgrounds have always been fascinated by that most post-punk of atrocities, the Holocaust. In a goonish non-apology in The Quietus after wearing neo-Nazi band Absurd’s shirts, Erik Danielsson of Swedish black metal band Watain said, “You’ll understand that we would be amongst the first in line to get shot in the Third Reich; what we want is chaos, anarchy and disorder and for the world to go up in flames…” This, of course, is a variation of the “he can’t be a fascist, he’s gay” defense often used by partisans of provoca-bores such as the perpetually corny-as-hell Death In June, and I say this as a fan of both Watain and Iceage (who, it should be noted, have at least taken pains to distance themselves from any right-wing ideology). I will make fun of you about this forever and ever, though, because it is profoundly dumb—a purposely vulgar gesture made meaningless by the palpable weakness of the people committing the act. You’re right: The Nazis would put you up against the wall first, because you are scrawny effete mutts to the last—trust me, we recognize our own.

(Caveat Number Two: It’s extremely easy for me, a white cis dude in New York City, to be cavalier about idiots in SS swatches. In Greece, where fascism is an imminent and ostensibly increasing threat, and all over Europe where Muslims are routinely harassed and abused by the right, it’s an entirely different story. In America, immigrants and minorities don’t have to worry much about Death in June fans; they have to worry about cops.)

Pussy Riot, meanwhile, despite several of its members serving draconian jail sentences in fascist-facing Russia, have refused to parlay that particular miscarriage of justice into either an embrace of the Western capitalist system or any sort of intentional celebrity at all—so it’s unclear exactly what message, if any, Marc Jacobs was trying to convey by using a song written in tribute to them. Probably none, right? So it doesn’t matter, right? Correct. And that’s what actually does matter: The infusion of stultifying Fashion Week white noise into what is inarguably a truly idealistic art collective. In the larger picture it matters not a wit, but it wearies, it grates.

(Caveat Number Three: I realize that the attention focused on Pussy Riot by the white, liberal artistic classes is frustrating to many, taking into account the hopelessly corrupt prison system we have in America. When someone writes a song about that and a fashion dope uses it to sell frocks, I’ll write about that, too. Free CeCe.)

Of course, it almost feels redundant to point out the most egregious offenders: our friends in the multinational death corporations, or whatever it is they call themselves these days (pretty sure it’s still “multinational death corporations”). From Apple’s willful misunderstanding of 1984, to Nike’s use of “Revolution” to sell sweatshop labor, to Chipotle’s (arguably defensible on “we’ll take what we can get” grounds) new anti-factory farming campaign soundtracked by noted vegan Fiona Apple: Industry will take what it needs and happily salt the earth afterwards. And it’s not like it’s foisted on us—we fucking love it. Mao shirts, Che shirts, a good old hammer and sickle? Looking sharp, killer. Wear it to the KGB Bar in Manhattan. Read a poem, maybe run into a friend of a friend of Jonathan Lethem.

Look, there is obviously not malicious intent behind most if any of these examples. The corporations that profit off progressive (or retrograde) imagery are made up of people—nice, baby-tickling people. Anyone who remembers gossip columnists in New York trying to write about 9/11 or has seen Madonna tackle prison reform knows that, for many, discussing ideas of any kind is like a newborn puppy trying to manipulate a slippery doorknob. And I’m not much better: I am often befuddled by so many of the questions posed by mass culture’s appropriation of every goddamned thing it can get its hands on. Beloved hardcore band Rorschach was used as noise in a torture scene in Zero Dark Thirty: Is that movie pro- or anti-torture? Who knows? Not this guy. “London Calling” was used to shill for the London Olympics: Is that a profane misuse of a classic song, or a classic joke at how daft the squares who picked it are, clearly having not listened to the lyrics? Or did they listen but not care, acknowledging it simply as a tune people knew? There’s nothing new or profound about this, but it bears repeating once in a while.

So which is worse, not really being a fascist or not really being an anarchist? What’s worse, borrowing a white supremacist skinhead band like Skrewdriver’s boot-and-braces imagery, thus rendering it nonsensical, or using the principles of a group like Pussy Riot as a prop to sell fabric to the elite? Pick your poison: They both taste like shit. If your tastes run closer to the quisling side of the spectrum, it might bum you out more that Nordic runes and swastikas have more to do with record sales than conjuring Loki. But, because of my own simpering liberalism, in the Harajuku market of imagery where all symbols are equally meaningless, if the Marc Jacobs-types of the world are going to make something inane by virtue of their own vapidity, I’d prefer they leave the willfully misunderstood leftist protest song the fuck out of it and stick to making the jackboot precious. 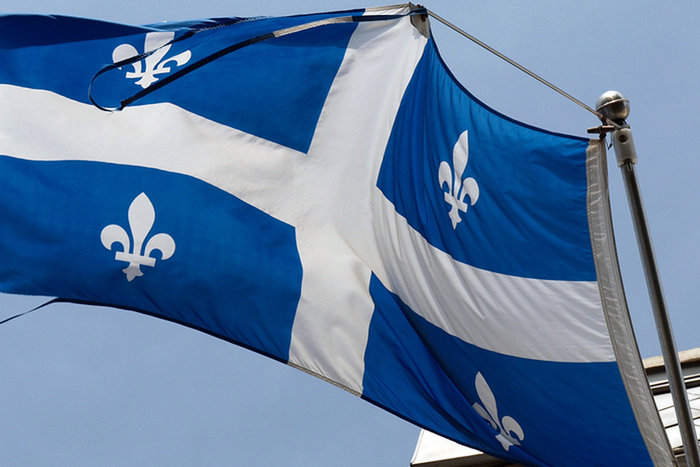