Fragments on Quebec’s Charter of Values

There’s no doubt that Quebec’s proposed Charter of Values is racist. What’s interesting about it, however, is how neatly it has summed up the fears, anxieties, and prejudices of a time and place.

Drew Nelles is a producer on the podcast Crimetown and a freelance... 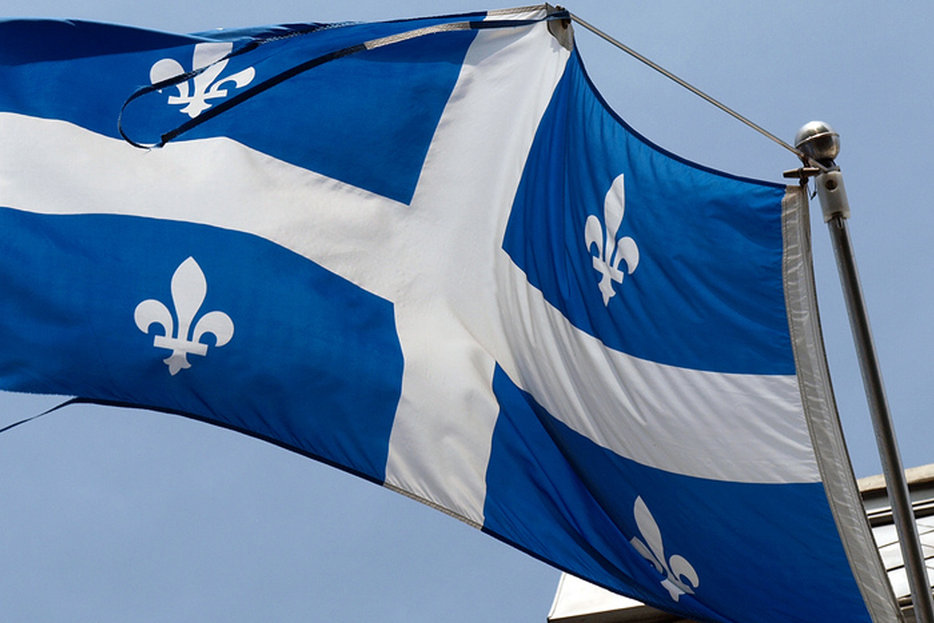 I live in a neighbourhood in Montreal called Parc Extension. I’m white, but the neigbourhood isn’t. It’s a longtime landing strip for new arrivals. Many of the dépanneurs and marchés don’t sell alcohol—an otherwise unheard-of phenomenon—because they’re run by Muslims; sometimes the shops close for prayers. The area is dense and poor, and, it seems, nearly always the last in the city to get plowed after a snowfall. Allophones—people whose mother tongue is neither French nor English—make up 78.4% of the population. There are more Greek (19.7%) and Punjabi (9.7%) native speakers than French (8.2%) or English (9.6%). Migrants and “non-permanent residents” comprise 67.5% of neighbourhood—more than double the rest of Montreal. Most come from Asia and the Middle East. So-called “visible minorities” make up 61% of the neighbourhood. Average household income is $39,187.

Parc Ex, as it’s known, is right next to a suburb, the Town of Mont-Royal. TMR, as it’s known, is technically its own municipality; is 85% white; is 43.9% French and 21.8% English; and has an average household income of $86,743. Parc Ex and TMR are also separated by a 1.6-kilometre-long chain-link fence. It was apparently erected to protect the children of TMR from busy Boulevard Acadie, but its symbolism is potent. There are only a few gates through the fence, and there have always been stories—probably apocryphal—of those gates being locked on Halloween, to prevent the rough kids of Parc Ex from taking TMR’s candy. Sometimes I bike or walk through TMR, just for a change of scenery, and a change it is: the houses are big, the lawns are green. No one bickers on the sidewalk and there is no trash in the streets. The roads are winding and confused, as if to discourage outsiders.

Quebec’s proposed new Charter of Values is racist, but you already knew that. What’s interesting is the way that it’s racist. Rarely does something come along that so neatly captures the prejudices and anxieties of a time and place; the Charter of Values is one such thing.

Racism is everywhere in Canada, which is something that, when an issue like the Charter of Values flares up, those outside Quebec tend to forget. If you’re feeling brave, you can drive through Southern Ontario and ask about the Caledonia occupation; you can attend a white-power rally in Calgary; hell, you can ask the mayor of Toronto what he thinks of “Orientals.” 44% of Albertans and 40% of Ontarians support the Charter. Still, xenophobia takes on a uniquely defensive, in-the-trenches nature here; it’s rooted in anxieties about language and identity and faith. There are still people here who remember when Anglophones dominated the professional and managerial classes, or when the Catholic Church dominated the public sphere. Today, racism in Quebec feels like the transposition of historical grievances against English Canada onto totally illegitimate targets, in addition to being pure, bald, white-supremacist hate. As old threats recede, fictionalized new ones appear, written on the bodies of racialized people: hijabs, turbans, kippas, kirpans. They are as visible as language is audible.

Most visible of all is the so-called “veil.” In 2011, Maisonneuve, a magazine I used to work for, published this essay by a writer named Rahat Kurd. In it, Kurd discusses, frankly and nimbly, why she used to wear a headscarf—and why she stopped. Here’s my favourite passage:

If someone says, “That woman always covers her hair in public,” we imagine an individual with a specific story—someone we can ask questions about and, perhaps, understand. “That woman wears the hijab,” in contrast, invokes the authority of a religious precedent that, in its apparent lack of an English translation, seems permanently foreign and must either be accepted or rejected whole. The woman herself is immediately subsumed by questions about international politics; the hijab is almost impossible to discuss in intimate terms.

Consider, for instance, a sixteen-year-old Canadian rollerblading home from school in a prized sky-blue scarf, stopped by reporters and asked about her choice of clothing. How useful is it to demand that she explain her decision in terms of post-Soviet tribal warfare in Afghanistan? What if, instead, the girl were to talk about her cool aunt who studied engineering, who helps her with her math homework and taught her to stare down rude people in the subway? What if the girl says she dresses like her aunt because it makes her feel brave?

This is what Western obsession with head-covering fails to ascertain: the choice to wear one is, or can be, a deeply personal one, full of nuance and ambivalence. Trying to legislate that choice away—and there is no doubt that the Charter of Values is aimed above all at the headscarf—represents an attempt not to govern Islam in the public sphere but to eliminate it in the private.

On that note: why are we so obsessed with Muslim women who cover their hair or their bodies? In 1959’s A Dying Colonialism, Frantz Fanon wrote, about the French occupation of Algeria and the colonizers’ treatment of women, “The dominant attitude appears to us to be a romantic exoticism, tinged strongly with sexuality.” He continued: “Unveiling this woman is revealing her beauty; it is baring her secret, breaking her resistance, making her available for adventure. Hiding the face is also disguising a secret; it is also creating a world of mystery, of the hidden.”

Little has changed since then. In an infamous scene from Sex and the City 2, a group of Muslim women remove their burqas to reveal, underneath, designer clothes of their own; a recent Diesel ad depicts a white, topless, tattooed woman emerging from a niqab; then, of course, there’s Lady Gaga’s highly sexualized “burqa swag” thing. Legislation surrounding the “veil” has everything to do with the inscrutability of the brown body to the white politic—with the desire and the inability to access that body. As Fanon put it all those decades ago, “The woman who sees without being seen frustrates the colonizer. There is no reciprocity. She does not yield herself, does not give herself, does not offer herself.” We want to see what we want to see.

Something else caught my attention recently. In an interview with The Times magazine, Richard Dawkins said that the “mild pedophilia” he and his boarding-school peers faced as children didn’t do “any of us lasting harm.” (It wasn’t the first time he’s made such a statement.) Then, on September 9, he tweeted about an eight-year-old Yemeni girl who allegedly died of internal sexual injuries following her marriage to a 40-year-old man. (There are reports that the story is false.) When his critics pointed out the hypocrisy of vaunting one form of pedophilia over another, he ham-fistedly responded, “Non-consensual sex is always bad. But raping an 8-year-old to death is quantitatively worse than ‘touching inappropriately’. Shades of grey.” He was, essentially, playing a game of Would You Rather, in which every option was some form of child molestation. As one particularly acerbic critic put it, “this disquisition on the shades of gray in child rape is a well-conceived project, please continue.”

What does this have to do with Quebec’s Charter of Values? Although there’s a vast gulf of import between them, both controversies, coming within hours of each other, reveal the dark white heart of our contemporary conversation about religion in the public sphere. Dawkins—the most prominent surviving member of the so-called “New Atheists”—and the Quebec government are both pivoting from the same position of Animal Farm secularism: all religious expression is equally bad, but some forms of religious expression are equally worse than others. Pedophilia at a British boarding school is “mild” and merely requires a stiff upper lip, whereas in Muslim societies it reflects the culture’s essentially brutal id; a tasteful little cross around the neck is fine, whereas a turquoise headscarf is an ostentation too far.

Discussions about integration typically place the onus on the migrant. Why don’t they behave more like us? Why do they stick to themselves? But sometimes, when I am wandering through the Town of Mont-Royal, gaping at houses I will never be able to afford, I wonder if we shouldn’t be asking the opposite. Not why is this neighbourhood so brown? but why is this neighbourhood so white?

Drew Nelles is a producer on the podcast Crimetown and a freelance writer living in New York. 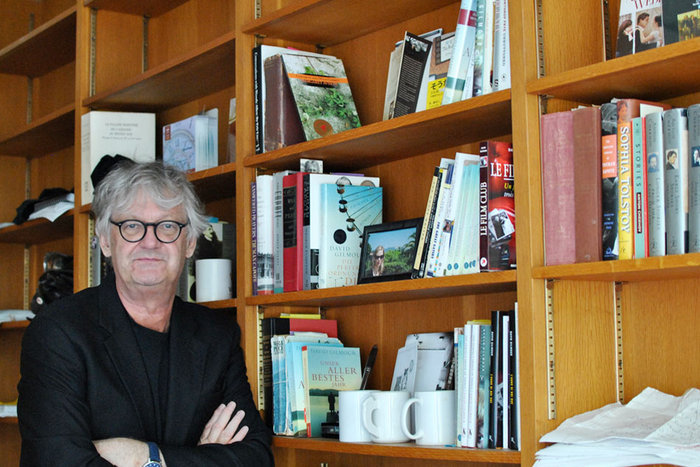