Until yesterday, one of the most notable things Dean Del Mastro (MP for Peterborough) had ever done was get the federal government to commit millions of dollars to a rail line connecting his town to Toronto. These days, it’s not even in the top five on a list of crassly political rail projects, but it seems to have made the people of Peterborough happy enough with Del Mastro, who won his last election with a 25-point margin over his nearest competitor.

Then, yesterday, Elections Canada filed four charges against Del Mastro under Canada’s Elections Act, for filing false reports and failing to report some expenses. Del Mastro is looking at a maximum of five years in prison (which he almost certainly won’t get) and a $5,000 fine (which good friends will fundraise for him). At issue is whether Del Mastro obeyed campaign spending limits: By not reporting some of the money he spent in the 2008 campaign, he stayed just under the legal limits.

Yes, the 2008 campaign. It’s taken five years for this offense to make it to charges being laid, and who knows what will happen if and when this ever sees a judge.

Meanwhile, NDP MP Pat Martin (Winnipeg Centre) is heartbroken, actually heartbroken, at having to give back two fundraising cheques after the federal ethics commissioner told him they were a bit dodgy, even by political standards.

It would be easy to make too much of Martin’s problems (although heartbreak at having to return a cheque is a bit much): It’s not a breach of Canadian law the way Del Mastro’s convenient lapses were. And it’s not a secret backroom deal between a Prime Minister, his Chief of Staff, and a senator “from” Prince Edward Island.

Worth noting, too, is that Martin was taking cheques not to finance a run for office, but because he settled a defamation suit from RackNine, a company implicated in the Conservative robocalls scandal, and apparently needed some help settling his accounts. Whether you think that makes up for taking ethically questionable cheques is up to you.

In any case, Del Mastro’s impending trial is a reminder that ethics problems in federal politics aren’t confined to the Senate alone—our elected MPs can breach the rules, too, deliberately or not. This sometimes leads the Senate’s defenders to say that it makes as much sense to disband the Senate over Mike Duffy’s travel expenses as it does to disband the Commons over Bev Oda’s orange juice.

Aside from the fact that on some days your median Canadian voter might actually strongly support disbanding Parliament entirely, this misses the obvious point: We (or rather, the voters of the riding of Peterborough) will get to fire Dean Del Mastro in under two years, if we choose to and if the opposition parties make a compelling enough case. (But what about the train?!)

Two years from now—and until 2021, unless he chooses otherwise or dies—Mike Duffy will still be a Senator. He will personally cost the Canadian people over a million dollars if he draws just his base salary until then (that doesn’t include his pension.) And the only people who can fire him are his fellow Senators.

So yes, the ethics rules for MPs should probably be tightened, and we could reasonably beef up the enforcement of the law so it doesn’t take an entire election cycle to bring charges against an alleged rule-breaker like Del Mastro. But the problems of the Commons remain an entirely different animal than the problem that is the Senate. 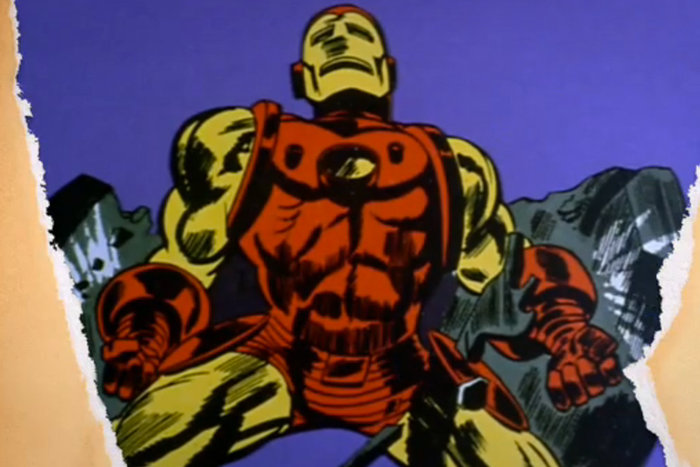 Interview
Ron Mann on the Making of Comic Book Confidential
The filmmaker behind the seminal documentary, which just celebrated its 25th anniversary, talks to Hazlitt about how…