The Cult of Work

What is lost to our love of labour? 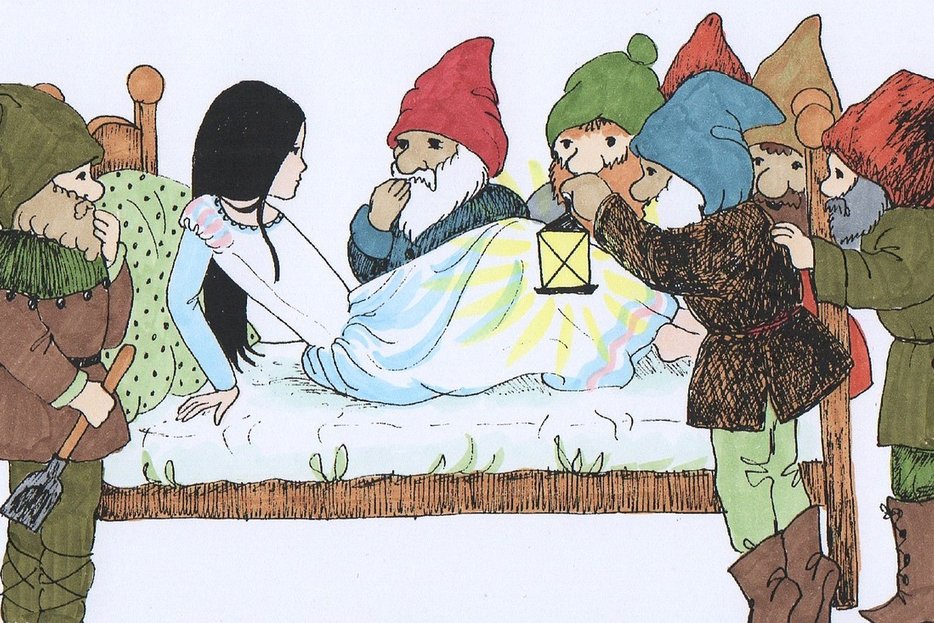 “Get out of here. Go get your money,” Dominic would say as he shooed me back to work after I lingered too long on the periphery of the main floor of the gentlemen’s club in Manhattan whining about slow nights and miserly customers. It was not a command born of annoyance so much as a nudging reminder that I was there for one reason and one reason only: to earn an income. Dominic never invoked a need for teamwork or loyalty to the club in his appeals to get me to return to hustling for lap dances.

This was in sharp contrast to day jobs I’ve had where supervisors would rattle off motivational word salad about positive attitudes, productivity, and passion while carefully avoiding talk about the low salaries that kept us in place. While I certainly have no shortage of rhetorical venom for some of the managers I encountered as a stripper, I appreciate that I was never asked to find fulfillment or joy in the work. Wearing next to nothing and pretending to be attracted to the most ordinary of men (who would regularly proceed to reject me anyway) was unpleasant, certainly. But it beat putting on a performance about how my identity was positively informed by pushing paper.

Among the men who did not reject me while working at the club were many who, during dances, would have the wholly unoriginal experience of discovering my second and third dimensions as a human being and proceed to launch into an interrogation that was intended to flatter but always landed as an attack. Do you like it here? Then why are you here? Why don’t you do something you like better? What’s your dream job? Little girls don’t dream of growing up to do what you’re doing. In response, I cultivated a particular kind of bitchiness that called on me to drop my voice an octave, look into his eyes, and say, “Well, that’s actually none of your fucking business, Travis.” Whether his name was Travis or not was immaterial. It wasn’t any of his business, of course. But a more honest response would have been a screed against the very concept of a dream job, that perverse notion that we ought to love that which is, in our current economic structure, compulsory for survival.

When we ask children what they want to be when they grow up, they often don’t tell us professions at all. I personally wanted to be my sister but with a mermaid’s tail. My childhood best friend legendarily reported a desire to be a stove in a wall. When children do dream of professions, they often aspire to work in productive fields like medicine and space exploration or entertainment jobs like singing and acting. I have yet to hear a child report their dream of becoming a marketing associate, an account executive, a general manager, or any other vacuous title given to the three quarters of the US labor force employed in professional, managerial, clerical, sales, and service work. Anthropologist David Graeber dubbed these “bullshit jobs,” and he posits that they exist to serve moral and political goals. He writes:

The ruling class has figured out that a happy and productive population with free time on their hands is a mortal danger… And, on the other hand, the feeling that work is a moral value in itself, and that anyone not willing to submit themselves to some kind of intense work discipline for most of their waking hours deserves nothing, is extraordinarily convenient for them.

We rarely consider the perversity of asking children who have scarcely learned to spell their own names what they hope to do when they’re eventually ushered into an economy wherein we increasingly labor for the sake of laboring in the service of survival. (Or the perversity of the language we use to do it: “What do you want to BE? What do you want to DO?” as though a job is the only defining element of making a life.) We laugh and shake our progressive heads when a little girl wants to be a princess, gently clarifying, “No little one, I mean how do you hope to toil so that you and your family might not starve?” This refusal to recognize the cleverness of knowing that the best gig is often to inherit wealth and go on to marry well is part of our pathological commitment to work as something that shapes our identity and makes us whole.

Our relationship with work is such that we see it not as an unpleasant or even morally neutral fact of life but as a potential source of personal enrichment and even love. Companies like The Container Store have manifestos espousing the virtues of “conscious capitalism,” which go so far as to say that a company ought to have a purpose besides making money and that its culture ought to foster trust and love. In 2014, Miya Tokumitsu wrote an essay describing how the mixing of love and work begat the “Do What You Love” philosophy. The concept, which has slithered into every graduation speech and tainted every job interview with questions about passion, is more insidious than a boardful of Pinterest posts. Tokumitsu writes:

According to this way of thinking, labor is not something one does for compensation, but an act of self-love. If profit doesn’t happen to follow, it is because the worker’s passion and determination were insufficient.

The insistence that people love their work is the intentional erasure of capital from capitalism. If we succeed at loving work, we are convinced that work is a primal need and that its disappearance would be as catastrophic as losing love. If we fail at loving work, well, that is just the beginning of a host of class, social, and moral failures. Seeing as most members of the modern workforce know that that their jobs are largely unproductive, creating neither value nor social good, Graeber calls it “profound psychological violence” to insist that they continue working.

The economist John Maynard Keynes predicted in 1930 that by 2030, technology would have made enough work obsolete that we’d all be working fifteen hours a week. Keynes warned in his prediction, “Yet there is no country and no people, I think, who can look forward to the age of leisure and of abundance without a dread. For we have been trained too long to strive and not to enjoy.” Media panic alluding to the coming robot hordes that will deprive us of our beloved work (“There Are Only 3 Ways To Stop The Inevitable Robot Uprising,” “How Universal Basic Income Will Save Us From the Robot Uprising”) more or less affirms Keynes’ observation and potentially explains why his prediction about far fewer working hours never came to fruition: we cannot abide such a freedom.

My dispute with the cult of work is less about personal dissatisfaction than about the increasing impracticality of working the hours we do as automation becomes plausible across a huge swath of professions and industries.

To some, the question of what we would do if we didn’t have to work is a ghoulish riddle, the answer too terrifying to consider. The machinations of the work compulsion have erased both institutional and community memory of what life might be like if we were not to structure our identities around our daily labor. In our current understanding of labor, we associate the presence of work with the absence of failure, failure as responsible citizens and as pride-bearing individuals. A new system that requires everyone to work substantially fewer hours and, in turn, to shape less of their identity around their work, is hard to grasp when we have had such precious little time with other parts of our identity for so long. Prolonged exposure to daytime leisure and to our loved ones has been rewritten as an unnatural indulgence, their life-giving properties expunged from the record to make room for a narrative of righteous drudgery. Under fluorescent bulbs and surrounded by other inmates of the market economy, we grasp for the promise of work with a purpose. We just have to love it a little bit harder.

It would be unkind to lambast those who fear the end of work as we know it for their deficient moral imaginations when we have been socialized to expect to build lives around work or risk banishment as pariahs or scorn as paupers. There are many options under consideration for how we might transition gently into our automated future, from implementing some variation of the universal basic income to embracing luxury communism to doing nothing at all because utopia will emerge victorious at any moment. Everyone does not need a rich three-dimensional vision of their favorite prospect in the absence of work. Instead, it might be helpful to consider what we would not do. “Imagine a world,” Kristen Dombek writes in N+1, “in which your choices about where and how to work were not determined in the context of white-hot rage or crippling fear over the inability to simply feed yourself. To forget how things should be is to treat the economy as more real than we are.”

In the coming age of automation, questions will continue to emerge about who and what is welcome to be called “real.” But we can be certain that we are real and that our reality entitles us to aspire to do more than labor and be more than labor. We have an opportunity to entertain questions about what our futures can and should look like when we finally cease our cruel and silly insistence that work is a virtue unto itself. In this future, we can ask children about their dreams, full stop. We can behold their particular magic and learn that there are far better things to dream about than jobs. We can slowly unravel our attachment to work for our survival to the point that, at the very least, we can retire the vulgar concept of a “dream job.” We have all given quite enough to the cult of work; we must not entertain for a moment longer the idea that it should colonize our sleep. 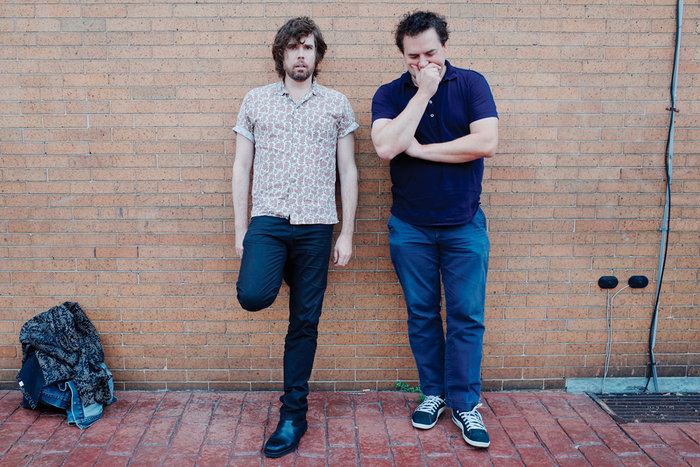 Close Read
Inside Scharpling & Wurster’s ‘Power Pop Pop Pop’
Why the story of a detestable “power pop dictator” may be The Best Show’s quintessential bit (or one of them, at… 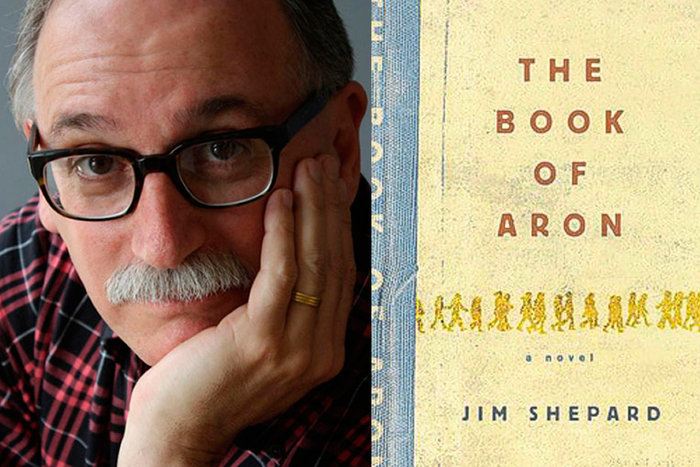 Interview
‘Totalitarian Terror Isn’t Operating On Your Schedule’: An Interview with Jim Shepard
The Book of Aron author on the challenges of implicating Jews in a story about their suffering and the point…

'It's Not a Huge Request to Consider Dignity a Right': An Interview with Jakob Guanzon
Connor Goodwin
What A Time To Be In Decline
Ethan Lou