Can a Happy City be a Cheap One? 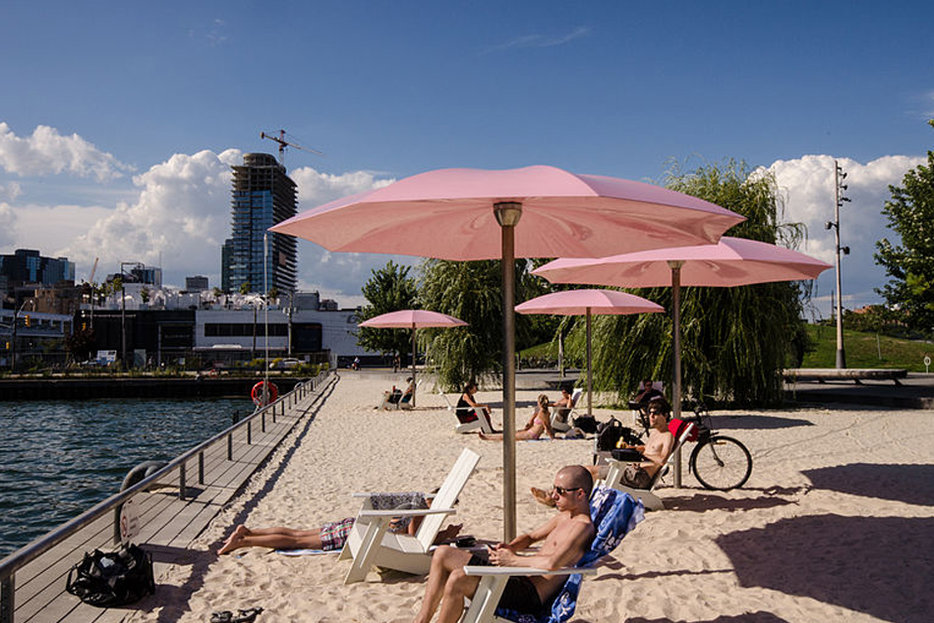 Sad as it is to say, not all of Toronto’s political problems emanate solely from people named Ford. Long before the current mayor brought his particular brand of hollering to the council chamber, this city has had a tradition of railing against basically any expenditures that might be used to make it a more pleasant place to live, when money should rightly be spent only on roads and sewers, or not at all.

The outrage du jour for Toronto’s tight-fisted skinflint squad is umbrellas—umbrellas and rocks. Down at Sugar Beach, Rob and Doug Ford arrived late to a party that Councillor Denzil Minnan-Wong started: railing against the $12,000 cost of parasols that have helped make a bleak, post-industrial space on Toronto’s waterfront a more enjoyable place to visit—and, as the waterfront increasingly attracts new residents, a nicer place to live. You’ll be shocked to learn the outrage is almost entirely wrong.

For a decade now, Waterfront Toronto has been making interventions like this, big and small, across the city’s southern edge. And in contrast to this city’s transit mess, the process has largely been allowed to unfold without politicking. Indeed, Rob Ford’s first major political defeat came when Doug tried to muck about in the Port Lands. Since then, the urbanist left have more-or-less successfully made the waterfront the third rail in this city: just leave it alone. (Why the Fords seem to have learned nothing from their first defeat is left up to the reader.)

These kinds of spaces matter for cities, as Charles Montgomery argues at length in his book Happy City: Transforming Our Lives Through Urban Design. After a half-century and more of building places that may store and move cars efficiently, city planners and other leaders are increasingly realizing that building a city that’s easy for motorists is miserable for most everyone else. Some of this is aesthetic, and some is basic physics: for example, a single person in a car takes up 30 times more road space than a cyclist, and 75 times more than a pedestrian.

More fundamentally, Montgomery details how urban planners are increasingly coming to understand what anthropologists have for a while: we really are social animals, and there’s a value to places where people can have unplanned, spontaneous meetings, whether it’s for leisure (such as Sugar Beach) or simply as a pleasant part of town to walk through, like the piazzas of old Italian cities.

The common squares of the medieval or ancient city, though, have lost their purpose. Farmers’ markets are nice, but the modern consumer will continue to rely on supermarkets. That doesn’t remove the need for common spaces, but it does mean we need to rethink their purpose. Every communications advance since the telegraph has made common squares less necessary for social interactions, but the need to see and be seen by other people remains.

(Montgomery’s book also deals extensively with the need for density, transit, and more to make the eponymous Happy City—I’m doing some violence here by concentrating on just one of his arguments.)

So we get Sugar Beach, a space that anticipates the shift Toronto’s parks are going through elsewhere: not just a place for children to play and dogs to be walked, but a gathering place for people to meet, relax, and surreptitiously violate Ontario’s fundamentalist liquor laws as friends share a bottle of wine. It’s been incredibly successful, especially when you consider that, for so much of the waterfront, there’s still no there there.

What it hasn’t been is cheap: hundreds of millions of dollars have been spent publicly to unlock many more millions privately. And there’s still more work to be done—work that finds itself in danger every time some phony scandal is ginned up by a right-wing councillor, never quite popular enough to make a serious run for mayor, goes looking to cement his re-election.

Which brings us back to the tight-fisted, skinflint squad. It would be nice to think that Montgomery’s book could engage these councillors and other city leaders, and make them see the value of these places—especially when the returns in cold, hard cash are substantial. (I’m not so righteous as to be unwilling to try to speak to conservatives in their own language.) Instead, the reaction all too often is to simply ignore these arguments, as if making the city a more pleasant, enjoyable place for people to live were somehow orthogonal to the job of actually running the joint.

If it were just Toronto, it would be a minor irritant at worst: the city is already well endowed with public space and parks, and is adding more all the time, despite the misers in our midst. The problem for cities across North America is that any attempt to try to build attractive public spaces meets a wall of conservative resistance—especially if they’re perceived to in any way impugn the nobility of our God-given right to suburban sprawl.

(You may have missed it in the last few years, but light rail and, increasingly, even express bus service are now very much part of the culture wars, even getting an aside in a recent Ann Coulter column. Congratulations, urbanists, you’re important enough to hate.)

Montgomery’s book may reach some of the uncommitted, but the people railing against the broad return to dense, transit-oriented, socially activated cities across the continent may never be reachable, whether they’re Toronto’s tightwads or the consumers of American conservative scribblings. That’s okay: we don’t need to win the argument with them. We just need to win elections. 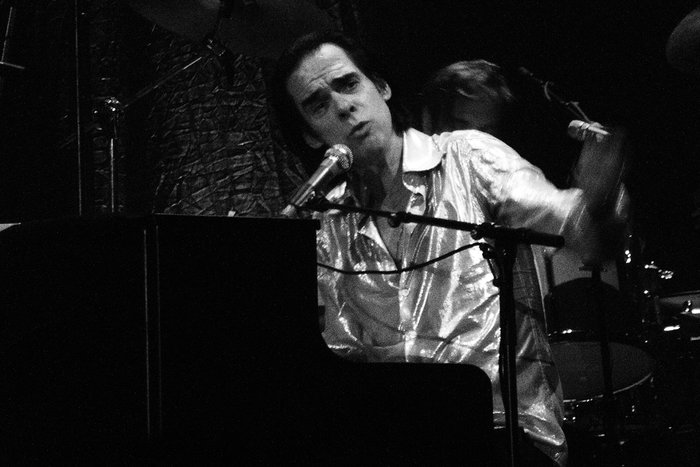 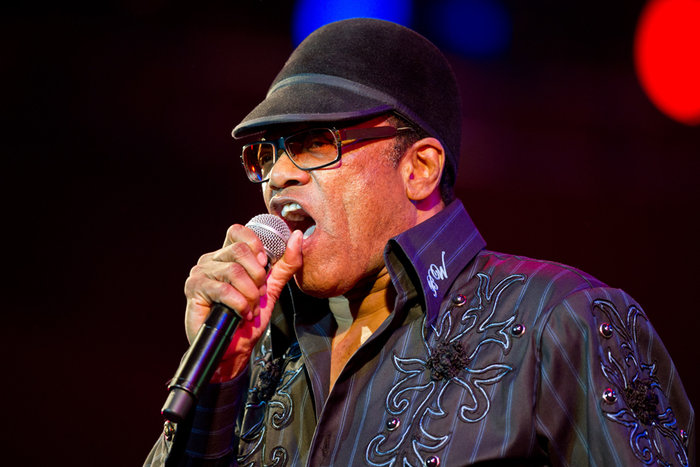 Culture
Miracle Across 110th Street: The Gift of Bobby Womack