Are Key and Peele Not Men? 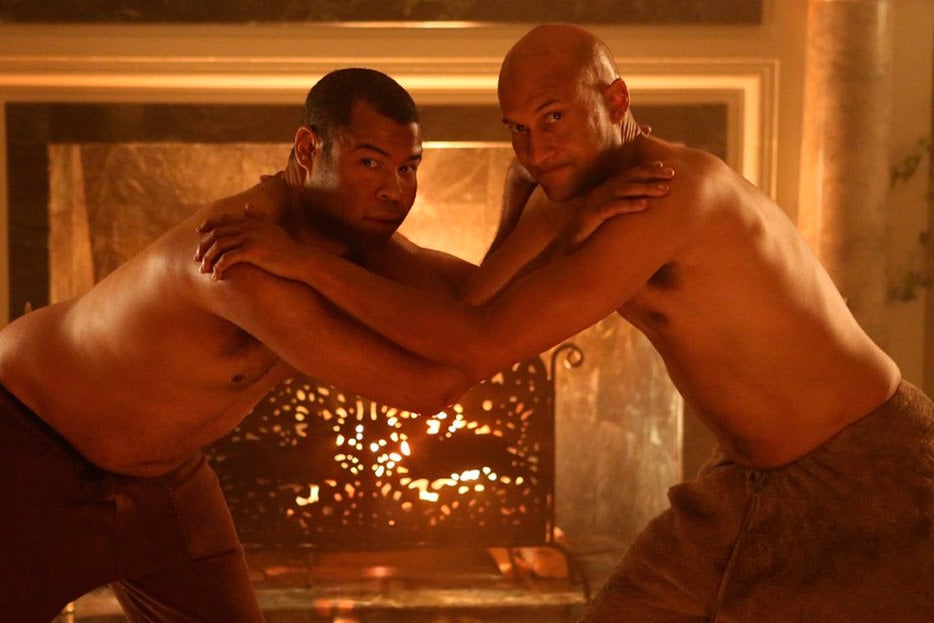 Keegan Michael Key and Jordan Peele got their start writing and performing together on MADtv in 2003, and the story goes that, being black, both expected that one of them would get the ax by the end of the season. What late-night sketch show, after all, would need a variety of black performers? Scoring one for diversity, they both managed to survive, due in part to their easy, occasionally frantic chemistry.

The extra hitch in that anecdote is that Key and Peele—as both the duo and their Comedy Central sketch show is now known—are actually biracial. This taking place in America, though, racial identity isn’t really prone to that level of subtlety, whether you’re a comedian or a president.

It’s something they’ve gone a certain way toward correcting on said eponymous show—occasionally by direct address, but more often by a free range approach to characterization. Jumping across racial lines without ever really calling attention to it—as compared to, say, Dave Chappelle’s incredibly knowing white folk—the pair seem to be both calling on their own mixed racial identities and arguing for their general irrelevance. (Not to get too crazy with the Chapelle comparisons, but again contrast that with his show, which was often explicitly about the ways in which racial identity bumps up against itself.)

That is obviously a far different statement coming from two guys who read as black than it would be from two guys who read as white, of course, but it’s also a mark of the general screwiness of racial politics that even the act of trying to obscure them ends up throwing them into even sharper focus. Almost every conversation with or about Key and Peele features that talk of racial boundaries, which is a mark of a) their avant-gardery and b) the extent to which those boundaries still do actually matter quite a bit, depending on which lens you want to view it from.

Taking their implicit argument on its face, though, Key and Peele’s comedy seems to be far more about what it’s like to be men than anything else, even if sometimes it’s about what it’s like to be men of a certain race. That’s not entirely unexplored territory—sketch comedy, like most comedy, has always been fairly male-centric—but it does have a centrality to Key and Peele that’s hard to detect even in the cross-dressing antics of Monty Python or Kids in the Hall. (Come to think of it, you could probably argue that Python and Kids are to gender as Key and Peele are to race—beyond borders, but nevertheless trying to elide that fact.)

One of the show’s very first sketches involved two men checking over their shoulders and hiding in trees just to tell fantasy stories about putting their wives in their place by calling them “biiiiiiitch” (see above). That seems to sum up their modern male dilemma perfectly: conditioned to be aggressive and domineering but actually raised to be sensitive and considerate, they’re constantly trying to find ways to assert one without torpedoing the other. Though that occasionally takes the form of a battle between the sexes, it’s more often about a battle within the men themselves. Sports and the bizarre codes that define them have been a pretty consistent goldmine—their biggest viral hit is the East/West Bowl introductions, with player names and personalities spiralling well beyond absurdity—though that might just be because they are the purest examples of male competition. Even outside the sporting arena, they find a way to show its ridiculousness, like say a pair of slaves who are increasingly incredulous at getting passed over at auction.

That aspect is aided by the push and pull inherent in their personalities: Key is a live wire with the best angry outbursts sketch comedy has seen since Bob Odenkirk; Peele is more cool and contained, shading into a kind of wordy nerdery. As their racial stretching implies, though, they’re both pretty flexible, but some of their best sketches occur when they play to type, like a boxing press conference that takes the underlying dominance game of homophobia and flips it on its head:

That boxing sketch also shows their talent for taking male status markers to their logical extremes, whether sensitive or aggressive. Something like their school bully sketch features a self-psychoanalytic asshole harassing a kid, spelling out the underlying problems associated with aggression. Their Obama’s Anger Translator sketches, meanwhile, go the other way, exploding the intensely measured Obama style into schoolyard trash talk. For all the latter’s obvious political overtones, both of these sketches speak perfectly to that tension of modern masculinity, the push between a kind of meek sophistication and a boisterous assertion of place.

For good reason—namely, that we’ve had the last forever to sort it out—the meaning of maleness isn’t generally quite as debated as other kinds of identity politics, but that doesn’t mean it’s not fertile territory. Key and Peele have a sense of the tension that exists for any halfway thoughtful male, and are able to explore it without falling into either the clueless dad pseudo progression or the tired kind of “women be shopping” gender war tropes. By virtue of their background, race is a topic they’d never much be able to avoid; the real smarts of Key and Peele are revealed in the way they pick apart the particulars of a less polemicized part of their personalities. 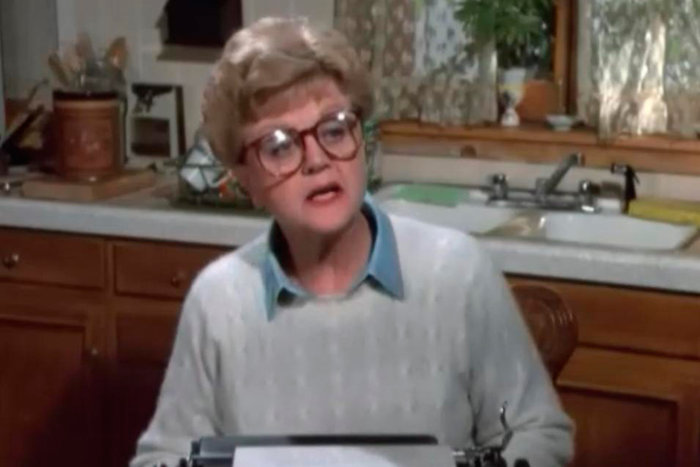 Hear The People Sing
How Do You Solve a Problem Like an Immortal Angela Lansbury?

Speak Internet!
Where Have All The Flowers Gone?