Game of Thrones, Season 5, Episode 6: What Is This Show Doing? 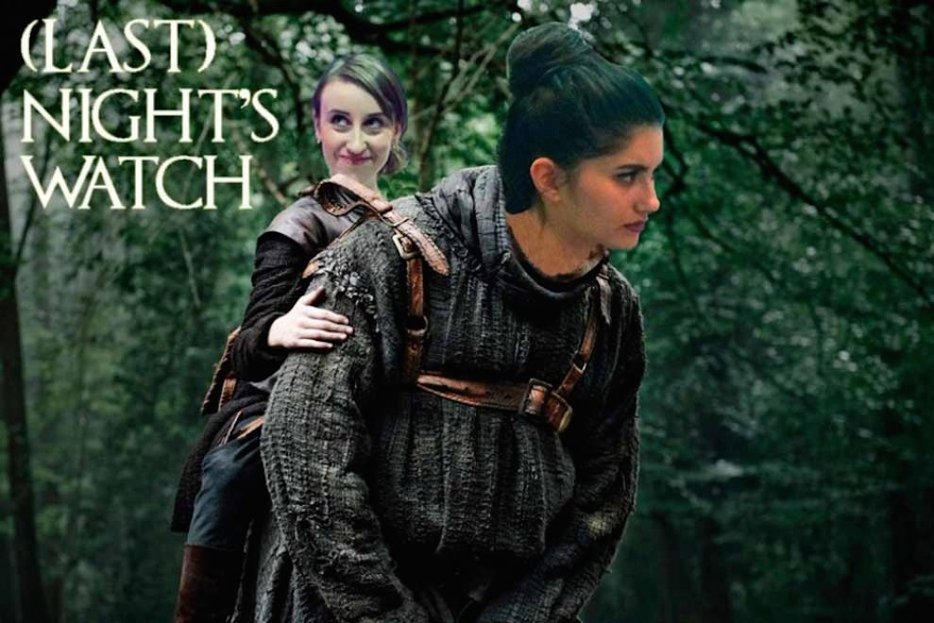 Scaachi: Can’t Sansa have anything?

Haley: No. Her storyline is a long, horrible lesson in not having high expectations. (Or, I guess, the cruel irony of being happy to do exactly what you were “born to,” and then having the world into which you were born change significantly.) She and Arya are sisters; Sansa always embraced her role as a nobleman’s daughter and was excited to be married to a prince. Arya chafed against that role. Sansa has subsequently been betrothed to monster after monster. Arya has been busy murdering them (or leaving them to die lonely on mountainsides).

Scaachi: Frankly, those two are largely the only reason I’m watching this show so it’s a real bummer to hear at least one of them has no chance of anything good happening. That’s something else that’s tough to deal with about this show: no one gets theirs.

Haley: Well, maybe Sansa will take a monster-murdering page from her sister’s handbook and give Ramsay what he deserves. But it’s true: the idea of karma, or divine justice, does not apply in Game of Thrones. Tyrion hints at that a little in this episode, when he’s speaking to Jorah about why he serves Daenarys. Why should she be queen of a place she’s never seen before? Because her father was king? There’s an order to things, but it’s a fairly meaningless one. One of Daenerys’ demonstrated skills, though, is an easy adoption of the customs and languages among which she finds herself, which seems like a useful addition to a conquering-queenly resumé.

Scaachi: Let’s also briefly commemorate the lack of Jon Snow in this episode. I love all episodes sans Jon Snow.

Haley: Yes, a nice respite for you there. But be warned: the last time Jon Snow wasn’t in an episode, they made up for it with one that was just straight Snow for an entire hour.

Haley: To be fair, there were also giants.

Scaachi: Arya’s storyline is another thing I can’t entirely wrap my head around. Is she feeding poison to sick people? Some warped Mother Teresa? Why isn’t she allowed to be somebody? Also her brows are great, how and when are we gonna talk about those brows!?!?!

Haley: Because All Men Must Die.

I want to hear what you think about the Sand Snakes! I feel like they are being given nowhere near enough screen time.

Scaachi: Are the Sand Snakes the one not-white contingency of this show that is also not decidedly evil?

Haley: Yes. Well, not entirely. There are definitely not-white characters on Daenerys’ side of the world who aren’t evil, but Dorne is given more page/screen time than those places, and those characters, in the books, exist almost exclusively through a Daenerys-gaze. In the show, I think they (Grey Worm, Missandei, etc.) are given more dimension, which is cool.

Scaachi: I don’t totally understand what their deal is. They seem mad and hot and they have lassos (??) but otherwise, it’s hard to keep up with all the score-settling in this show. Is there actual character development over the seasons or is it mostly about who Does Not Die?

Haley: It’s basically about Who Does Not Die. (All Men Must Die!) Character development is extremely reactionary in Game of Thrones which, to be fair, is pretty realistic. We rarely change unless we have to. Characters like Daenerys, Sansa and Arya certainly develop and come into their own. Cersei gets meaner as time goes on. But it can, often, seem less about development and more about exposing each character to a series of tests. And the character usually reacts as you would expect based on a primary understanding of their “mettle” or whatever you want to call it. Arya’s kicking ass, but we always knew she would kick ass. Sansa has a steely resolve underneath what was once a very frivolous personality, but we expected that there was more to her. Daenerys eats a heart and survives a fire and gives birth to dragons, and it’s a surprise, but in a satisfying, “I knew SOMETHING special was going to happen to her!” way. The deaths are usually hard to see coming and very, very upsetting. (Still so mad about Ser Barristan. Will always be mad about Ser Barristan). But the good moments are often vindicating for the viewer/reader. So maybe that’s what’s supposed to keep us coming back.

Scaachi: I guess you have to temper what you expect from them, right? Maybe I’m expecting too much. I wanted Sansa to punch her new husband in the face but I’m also not taking in the full context of who she is and what kind of environment she’s in. But, I guess, I think the actual world itself is so terrible that I wouldn’t want to mire myself in a fantasy world that is also terrible.

That’s one of the reasons why I like a show like 30 Rock or Bob’s Burgers because while they’re some development, generally, everything turns out okay for these people.

Haley: Imagine a Game of Thrones-themed Medieval Times? TRAUMA. I don’t think you’re weak. I think it’s interesting, what we seek out and consume as entertainment. And it’s somewhat hypocritical, at least on my part. I think I have very questionable guidelines that govern when something is too violent, too morally bankrupt. The fantasy, in this case, doesn’t provide escapism, but does provide permission. I think there are people who wouldn’t watch a show with the same levels of violence and misogyny if it were set in the real world, but throw in some dragons and suddenly we’ll obsessively engage with something that is totally outside of our usual sphere of interest.

I couldn’t finish Breaking Bad for, I think, some of the reasons you don’t like Game of Thrones. I tried, and tried, but I couldn’t get past the fact that this man tries to rape his wife in his kitchen, and now people wear his face on a t-shirt. It just disturbed me in a way I couldn’t deal with, even though I understand it’s probably a very compelling and “great” television show, whatever that means, with a level of important social commentary (from what I’ve read). But I couldn’t keep it contained to its own world, I kept considering it as a cultural artifact, not a narrative universe, and the way it was consumed as a cultural artifact disturbed me.

Scaachi: That’s an interesting show to relate this to, because Walt also starts as basically good, but it’s his slippery-slope choices that make him bad. Whereas with this show, it seems that absolutely everyone is capable of evil and often descends into evil. Which is probably even more realistic.

Haley: Interesting. I’m not sure. I’m not sure if it’s about the fact that everyone is capable of evil, or more about the fact that people are fundamentally on one end of the moral universe or the other. Game of Thrones is less about corrupting influences and more about the influence of the corrupt. And if you’re Good, even when forced to play a game (of thrones?!?!) in which everyone else is OBVIOUSLY evil and using that to their advantage, you will remain Good, and probably end up beheaded.

But I think Daenerys is there to demonstrate that there is perhaps an inherent evil to power that no one can escape. In order to wield power, one must commit evil acts; her dragons are basically a giant scaly metaphor for this. They are the source of her power, in a lot of ways, and she can’t stop them from murdering children. But she needs them. I guess maybe that just proves your point: eventually you’re going to decide it’s worth doing some terrible things to get what you want, because you’re convinced that it’s worth it in the end, whether for you or for some common purpose. And some people will see that as noble, and other people will see it as evil, depending on which side you’re on. It’s like parents retroactively explaining their decisions to their children. I’m sure the intentions were good at the beginning, but a historical narrative takes over and situates you within it regardless of your intentions. And noble acts can look like evil ones (Jaime killed the Mad King to stop him from murdering people, and his loyalty has been questioned ever since).

Scaachi: But wait, now we have to talk about Jaime. WHO IS JAIME. WHY IS HE SO HANDSOME. EVERYONE SAYS HIS NAME BUT why.

Haley: So! Jaime is Cersei’s twin brother and—wait for it—ALSO THE FATHER OF HER CHILDREN. He was supposed to be the heir to the wealthiest house in Westeros, but he left home and became a King’s Guard, and his dad never got over it. He was one of the best fighters in the realm, but then his hand was cut off, which has complicated his self-image somewhat. He is Very Famous, although I question Bronn’s assertion that everyone in the realm knows what his face looks like. How are people seeing the faces of royalty in this universe unless they live in King’s Landing? There is no HELLO! Westeros.

Scaachi: I screamed “EW” at the fact that he is also their dad, CHRIST, UGH, WHAT IS THIS SHOW DOING?? 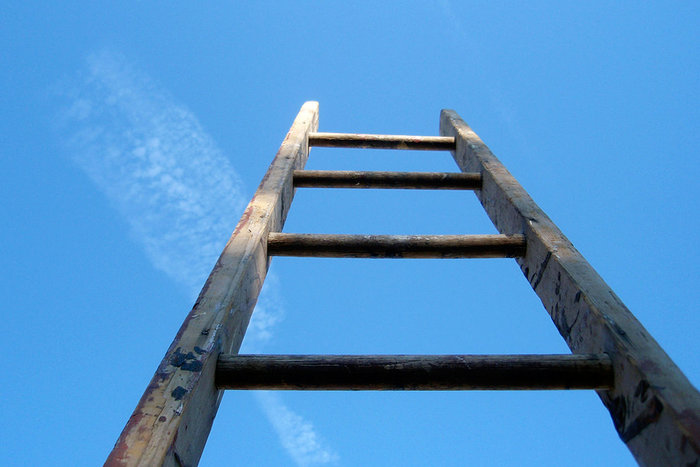 Food & Drink
A Hero’s Just A Sandwich
We may want to have a drink with our idols, but what’s the cost of toasting power? 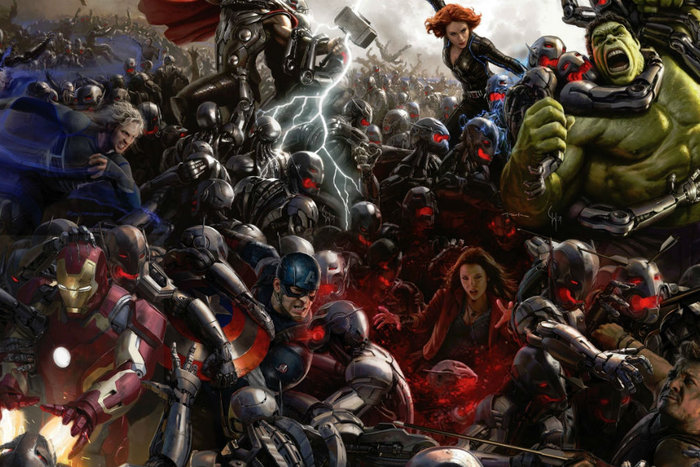 Film
The Almost-Villains of the Marvel Universe
Ultron is the most frightening enemy the Avengers have had to face so far, but can an ongoing franchise have a…