As Michael Ondaatje’s poem “Elimination Dance” proves, making lists can be a serious business. Done right, a list can be read as a kind of accidental poetry and a user’s manual to life.

Helen Guri’s book Match was published by Coach House Press in 2011 and was... 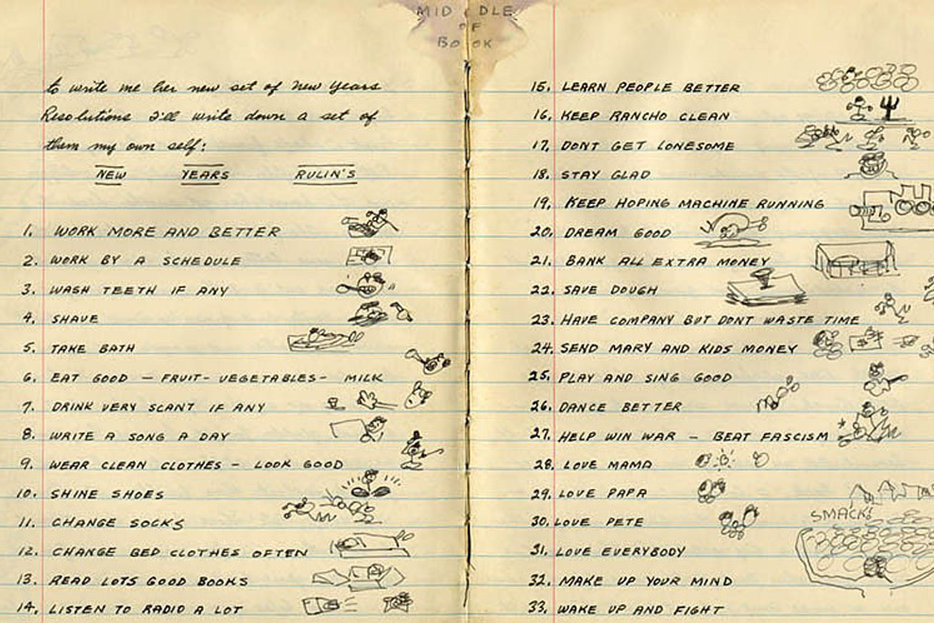 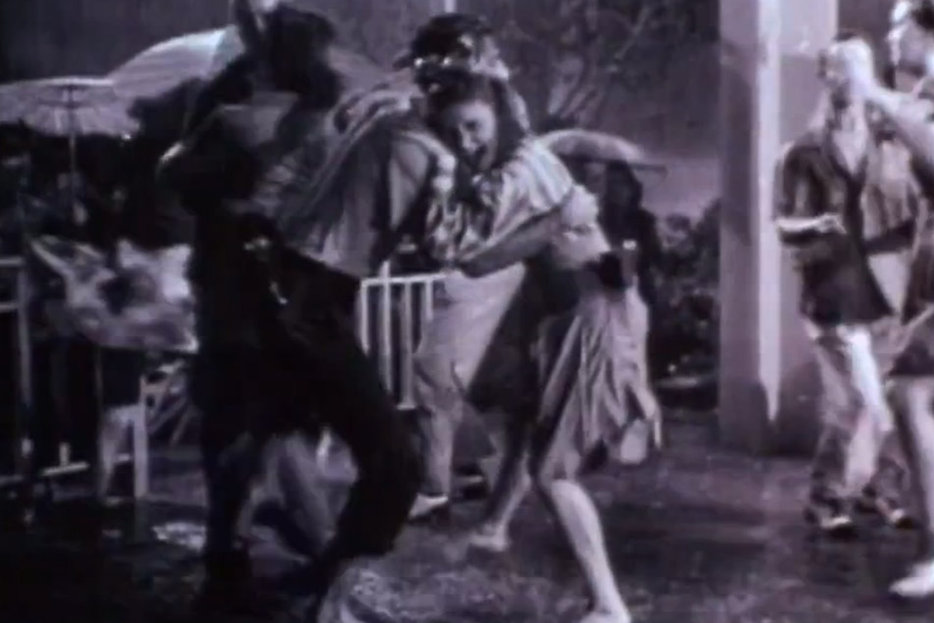 As every control freak knows, making lists and then crossing things off them is one of life’s great pleasures. I am the sort of person who makes a lot of lists, usually the “to-do” kind, on little scraps of paper. Thanks to an epic job search that peaked earlier this year (I’m a freelancer, so the job search never entirely goes away), my resume, itself a kind of list, has lately been the most plentiful source of scrap paper.

My recent to-do lists are therefore items of great logical beauty, like reversible jackets. One side of the page, typed, itemizes my so-called transferrable skills, some of which—the ones I deemed too dorky sounding even for a resumé—have been crossed off. The other side of the page, handwritten, itemizes the accomplishments of a particular moment in time. “Cilantro, cat poo, rug” is a recent example. These have also been crossed off, and, although the grammar that connects them has already been lost to history, I do not doubt that they are accreting into something I will soon call a skill and use to fill the other side of the page.

I learned at an early age that striking an item off a list is a serious practice. Doing it well requires a steady hand and a good pen. You do not want the ink to falter, for example, in the middle of “shampoo Spooky.” Real aficionados of the strikethrough learn to amend their to-do lists so that even unforeseen tasks may be accounted for and slashed. Did you accidentally topple, then attempt to restore, a supermarket cantaloupe display? Escape from a jammed subway turnstile or an overly conversational sales person? Discretely remove an extra pair of underwear from inside your pant leg? Write it down. Strike it out.

My mother is a master of the strikethrough, to the extent that she does not even require a list. For as long as I can remember, she has kept a calendar on the kitchen wall. The calendar is blank, except for the occasional dental appointment. Towards the end of each day—it has been known to happen as early as 4 p.m.—she takes a ballpoint pen and drags it horizontally through the centre of the applicable calendar square, as if filleting a fish. The existential implications of this behaviour seem to delight, rather than trouble her. One of her pet pleasures, after returning from vacation, for example, is to strike out an entire week at once.

Lists are funny artifacts. In our society, they are typically made up of things or people we desire, or actions we desire to accomplish—letters to Santa, Pinterest, bucket lists, and my grocery list all fit this model. A friend of mine once kept a list of men she planned to date, elaborated with their most and least attractive characteristics.

To cross an item off a list means either that one has acquired the thing or that one does not want it (“plane ticket” probably means you’ve bought a plane ticket, whereas “Tia” could mean that she’s no longer welcome at your New Year’s party)—an ambiguity that seems weird to me until I think of roast turkey. A holiday is coming. I want turkey, write “turkey” on my grocery list, buy it, scratch “turkey,” and then proceed to eat and, um, eliminate turkey enough times that I no longer want turkey. I have had turkey. We make lists of things we want so they can become things we don’t want.

Still, it’s somewhat taboo to skip the first step altogether and just make a list of things you don’t want. Violations of this rule are often hilarious. Witness the blog “Fuck Your Noguchi Coffee Table,” which gives the finger to any aspirational decorative impulses you may be harbouring. And sometimes they are disturbing, as is the series of Time magazine covers depicting tyrants with their faces crossed out—among them Hitler and Saddam Hussein.

Michael Ondaatje’s poem “Elimination Dance” is an interesting example of the rejection list. The poem is exactly what the title suggests—a series of dance calls identifying people to be eliminated from the floor. Examples include “Those who are allergic to the sea,” “Any lover who has gone into a flower shop on Valentine’s Day and asked for clitoris when he meant clematis” and “Any person who has had the following dream. You are in the subway station of a major city. At the far end you see a coffee machine. You put in two coins. The Holy Grail drops down. Then blood pours into the chalice.” (Either the calls are not very effective at eliminating people, or the dancers are a bunch of charming weirdoes.)

The poem is effectively a sped-up version of a regular list. Each category of person, having been dreamt up and described, is immediately nixed; de-listed. The exercise is by definition silly, like an action movie where characters get introduced mainly so they can die onscreen. Or if you believe, as the dance caller seems to, that these categories of people have been lurking among us all along, just waiting to be outed (and ousted), then maybe the song they are dancing to was written by Joni Mitchell: “Don’t it always seem to go/ That you don’t know what you’ve got / Till it’s gone.” The lyrics may be about conserving parkland, but they could also apply to “Anyone who has been penetrated by a mountie.”

I first read “Elimination Dance” when I was in high school, after stumbling across a volume of Ondaatje’s selected poems improbably at our local suburban bookstore. The book was sandwiched between gift editions of Pablo Neruda and desk calendars embellished with “one inspiring poem per day.” Owing to a disorder where I read things instead of talking to people, I was constantly in need of books. After buying Ondaatje’s, I returned for both the Neruda and the desk calendars, on which my mother ultimately wreaked havoc with her Bic.

The poem was first published in 1978, and some of its contents now seem dated. Our idea of who should be made fun of has changed. Being in possession of “a free copy of…’The Mastery of Life’ in order to release the inner consciousness and to experience (in the privacy of the home) momentary flights of the soul,” for example, is more a prerequisite for modern urban living than a marker of eccentricity.

Still, for me, the poem has largely survived the process of elimination that some call growing up, and others call losing increasingly at “Never Have I Ever.” At one point, I brought the poem to a reading and had it signed. There was a line-up for this honour. Ondaatje seemed as excited about the people waiting as a checkout clerk at a supermarket. His signature, placed near the title of his poem, is an almost perfectly straight line with a slight flourish at one end, like a copy editor’s strikethrough.

Helen Guri’s book Match was published by Coach House Press in 2011 and was shortlisted for the Trillium Book Award for Poetry. She lives in Toronto. 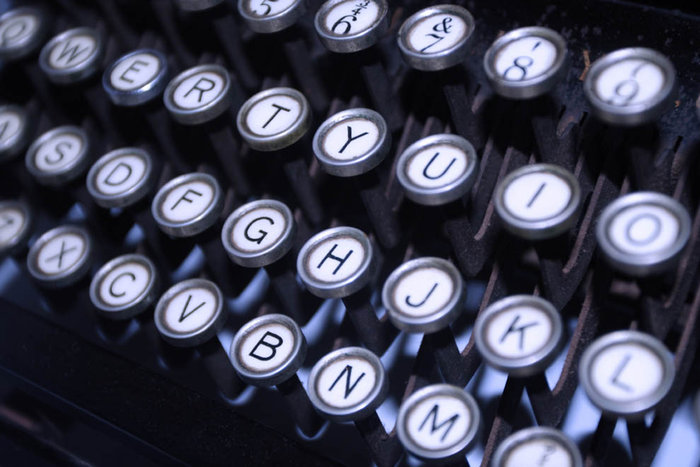 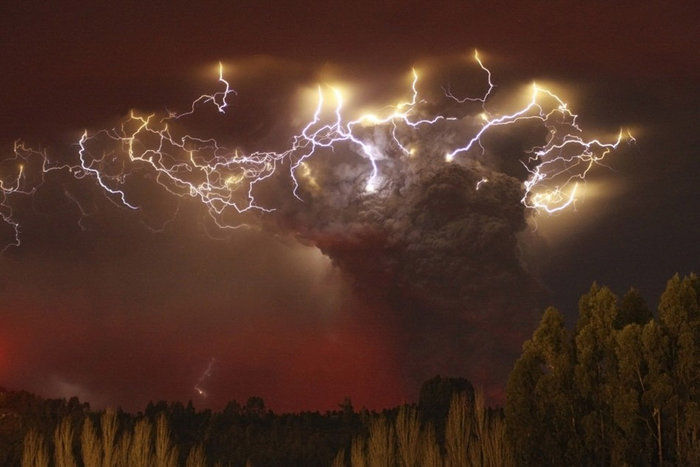