It suggests its own passage over a plain, the passage
of nations
into another’s occupied day—time, lovers
of the one cause
face only night, they face night and can distinguish
each sound
as a voice. Others, though I now know this voice,
know how it is
broken into hearing. So silence crumples over
a distant herd.

My essential charm airs out the late light banging
down off the moon,
I’ve heard a trembling in their mountain-goat accents.
Leave
peace mingled in their whispers and hopping foot
to foot, a terse
breathing lifted from the soft storm of pulsations,
wings
of a ceased Heaven, a fancy nowhere turning
what we see of the charmed herd into an it.
Undersea piping, pastoral cables, a reedy
‘why’ heard
in the deep packet din. Picture our ears evened
out over pictures
of the streaming long margin, the willowy trolling
along the skirts,
the edges, the low valleys buried in coast Salish.
Those shelters
formed chapels where aged forms of the implants
monked out
in built cells, little churchy cells that perished
or grew plain,
quivering and hidden from sight under alders. When all
elms
startled and peeled from the continent as one organ
I was
nearby, an accompanying ear. The village rose
then rusted,
enriching its children, exhaling a deed to the land,
made rich
by the dew distilled into fumes as per the thousand
gathered silences. In its soft years it spoke
like the calm caught in the heart of death. The beauty
came later, mounted on a sound that filled the skies,
the valley
chanting, it swells, it swells, the still mist
and an endless
trance of noise drowning the ear in a warped
golden tumult.

Their interests are but curiosities now compared
to the
external visions in the mirror of distinctions. The Other
shall descend into a fearful consciousness, trying
and trying
to form sense from a shrinking common. Rhapsodizing
the plain little nothing, observing again how reason
left out of vision necessitates more than untruth,
a gross durability vivified by the ideal. More
proceeds, more given in support of the illustrious number.


To retain certainty after
the smell of scarcity and persuasion

feels less like distinction than obscurity—
show the correct model for twenty;

model each time as a different
feature of truth. They considered

you an exception they could correct, not
mere chance, a correction in the architecture

Here we remember not to feel reason
correcting our neighbors from overhead.

Many persons overheard trees ask
that the indicator itself become church,

that many cannot be found, and this case
of what passes for the cause of the church

be every individual’s past in the gliding stream.
Various interests engrossed in some other ‘is.’

How does it enter the known?
Vague reception in a friend’s apartment,

different visibilities, possible finds, but on what
wavelengths come the telling percepts,

added furniture of the ornamental, a removal
or cut our friend meant to part with

as appearance makes alterations
in whatever we have no time for.

We weren’t certain how sight posited its own
copy. If not copies, the especially exact

human complexes, such that the figure
we’re convinced will not countenance voice

excels inside a painted can.
More likenesses from memory, more

conspicuous visual inaccuracies. It is
the art of taking, the practiced effort

of the strict object, counting likenesses of the human
among present cases where flattery

finds the best void. We still produce life
though likenesses join in the attempt.

Persons who find it all very ordinary,
drawing on some knowledge, can afford

to sketch a curtain of tolerability over
the pattern. Either the pattern is his gown

or irregular prisons in the ether
have the character of wine. Yesterday

now an object in the desert compounds.
I don’t observe beyond a day in may,

cannot habituate to the particular mind,
have no certainty in duration, seconds,

Ken Babstock’s most recent collection, Methodist Hatchet (Anansi, 2011), won The Griffin Prize for Excellence in Poetry and was a finalist for The Trillium Book Award. His previous collections of poetry include, Mean (1999), Days into Flatspin (2001), and Airstream Land Yacht (2006), which was a finalist for The Griffin Prize for Poetry, The Governor General’s Literary Award, and The Winterset Prize, and winner of the Trillium Book Award for Poetry. His new collection, On Malice, will appear Fall, 2014 from Coach House Books. 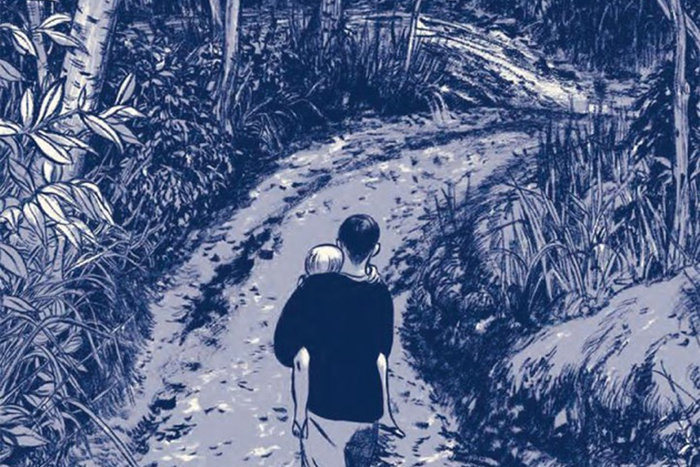 Culture
The Turbulent Landscapes of This One Summer 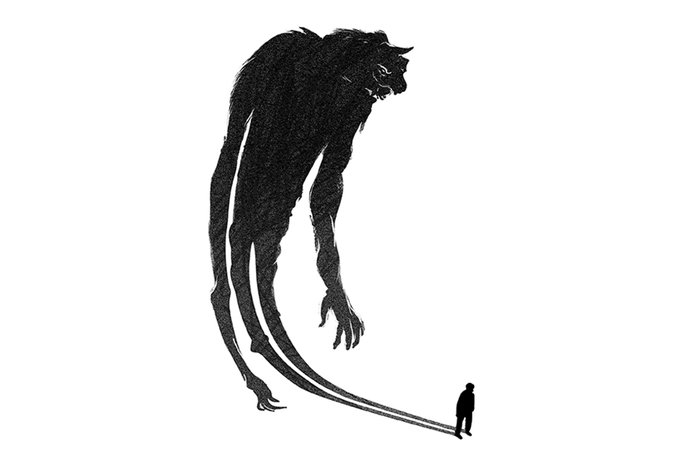 Tabloid Fiction
A Watch in the Night
From the ongoing series Tabloid Fiction—in which an author chooses from the trashiest, most lurid, or just bizarre…