The Year in a Twin Bed

By twenty-seven I was supposed to be well on my way to stability, or at least the illusion of such. Instead, my life had increasingly taken on a scrappy plainness. 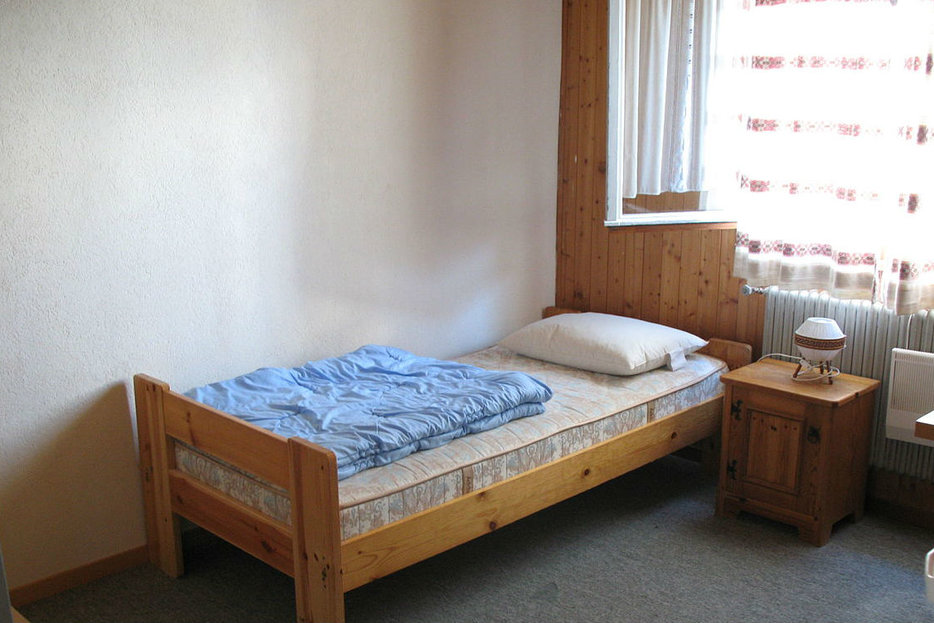 My adult bedroom resembles a dorm room. This isn’t helped by the fact that my bed is, quite literally, a dorm bed. When my brother left for college, his six-foot-five frame didn’t fit onto any of the mattresses supplied by the residence hall, and so he was required to buy his own. He moved back home the same summer that I moved into my first real apartment. The appeal of a free mattress overruled the thought of whatever it is brothers do in college beds, and so I took it with me, mounting it on an IKEA frame. “It’s a temporary solution,” I told myself nearly a decade ago, though that mattress has now followed me to four apartments and sits pushed against the side of my bedroom wall, making room for the ever growing stacks of books I receive in the mail for review purposes, many of them for children. My small bed has allowed for some adolescent impulses, allowing me to treat my room as a private sanctuary. “I’d invite you to stay the night, but…” I’d say to a Tinder date while gesturing to my bed’s impractical size, and they would get the hint and leave.

2017 was the year I turned twenty-seven, an age I had once decided on, years ago, as the age at which I’d become unequivocally adult. One’s early twenties were designed for screw-ups and experimentation. By twenty-seven I was supposed to be well on my way to stability, or at least the illusion of such. Instead, my life had increasingly taken on a scrappy plainness. Though alone I was content with the state of things, I started to become increasingly self-conscious about how my living arrangements and lifestyle choices appeared from the outside, the state of arrested development reflected in my twin bed. Now when guests came over, I would apologize. “I’m in a transition period,” I would tell them, which wasn’t exactly untrue (I mean, isn’t life just one big transition period?). “I just came back from months of travelling.” Eventually my guests would leave, and I could stop feeling the need to explain myself.

As a full-time freelance writer, I frequently work from bed, setting up shop here when the cafes and libraries have closed for the night, and my desk (also from IKEA) is too cluttered with laundry that still needs to be folded. It’s the same way I worked when doing my homework in high school or writing essays in university. Like being a student, writing is also wildly inconsistent work. One is constantly at the mercy of pitches being picked up by editors. I would alternate weeks of slacking with all night cram sessions. Midway through the year, I decided it was time to get a second job—something to get me out of the house and provide a regular paycheque. Something that would ideally not involve staring at a screen. A friend recommended me to a bakery that she knew was hiring, and they brought me on to work the counter on weekends. Though I had grown weary of the customer service jobs I worked nonstop throughout my teens and early-to-mid-twenties, I reasoned that a bakery that specializes in elaborate wedding cakes would be more romantic and whimsical than my years spent bussing tables or measuring restless children for their shoe sizes.

Customers are customers, however, and I had forgotten how humbling it can be to be yelled at over the phone by a woman who couldn’t understand why we couldn’t make her a custom birthday cake by this Thursday and why are our prices so high and also could I put my manager on. The voice I used with her was identical to the one I used with angry customers when I was fifteen and working in fast food: apologetic, meek, silent in the face of abuse. After two months, the owners of the bakery told me business would be slowing down with nearby construction projects and it didn’t make sense to keep me. I took the news with relief. My writing work was picking up anyway.

I called my mother that afternoon and said, “I have two things to tell you. I got laid off from the bakery and I have a piece in the New York Times Magazine this weekend.”

There was a beat of silence on the other end, before she answered.

“How the hell do you get fired from a bakery.”

It had been a busy summer for me. After finishing shifts at the bakery I would begin my long commute to the north of the city, to see the person I was dating. A physicist getting his PhD at the university, he lived in student housing, and so quite literally we were in a dorm room together. We heated up frozen pizzas in his oven and ate on his bed while watching documentaries. His mattress was somehow narrower than mine, and the commute was long enough that we frequently spent the night at each other’s places. Maybe it’s time for me to get a bigger bed, I thought for the first time in years.

One day I visited his lab, and he introduced me to his labmates as his girlfriend. I teased him about it after, and he said, “It’s kind of accurate though, isn’t it?” He wasn’t wrong. But in my nearly three decades on this earth, I had never been somebody’s girlfriend; it was a word that middle schoolers used with abandon to describe their chaste romance, that my own friends had long since abandoned for terms like “partner” or “husband.” I tried to get used to it. I made references to my boyfriend in casual conversation with others. I told my parents about him. I began to panic. About two weeks later, sitting on the floor of my sweet, brilliant, handsome boyfriend’s dorm room floor, I ended things. “I just don’t think I can be someone’s girlfriend,” I said apologetically, before leaving.

2017 was a year of giant life changes for many of my closest friends. I went to what was supposed to be a surprise birthday party but actually turned into surprise wedding (surprise!) and learned that yes, I am the type of person to cry at weddings. Another friend eschewed receiving birthday presents this year, instead sending out a link to an online wish list of practical gifts for their upcoming baby. I purchased bags to store breast milk and wrote “TITTIES!” on the card. Other friends moved in with their long term partners, or got exciting new jobs, and I was—am—genuinely happy for them. There was no jealousy. Instead, the choices that made sense for them felt completely foreign to me, akin to the excitement I would feel on their behalf if they won front row tickets to see a favourite band that I had no interest in. I liked not having to share my personal living space with a partner, that my bedroom looked how I wanted it to look at any given moment, that my bed could double as a desk whenever I had work to do for the only job I am currently qualified to have. It wasn’t exactly where I had thought I’d be at this age, but I couldn’t imagine an alternative.

Late in the summer, my whole family journeyed to a small town an hour outside the city to witness my cousin get married. It was my first time being at a traditional wedding. I watched as the woman who, fifteen years ago, explained to me what the movie American Pie was about walked down the aisle in a poufy white dress. Later, I danced to “Spirit in the Sky” with her friends from college and relatives I hadn’t seen in years, in between giving non-answers to questions they had about my relationship and employment statuses. An aunt had brought cigars from her native Cuba, and I smoked one with my dad, brother, and uncle, the four of us grownups celebrating the choices of two other grownups.

My parents drove me home the next morning, dropping me off at my place in the city before continuing their own long drive back to Ottawa. My mom asked if I wanted to come home with them for a visit, but I shook my head. I had a lot of writing due, I explained. We said goodbye to each other, then I let myself into my apartment, into my bedroom that belonged to me alone, into my small bed, and fell asleep. 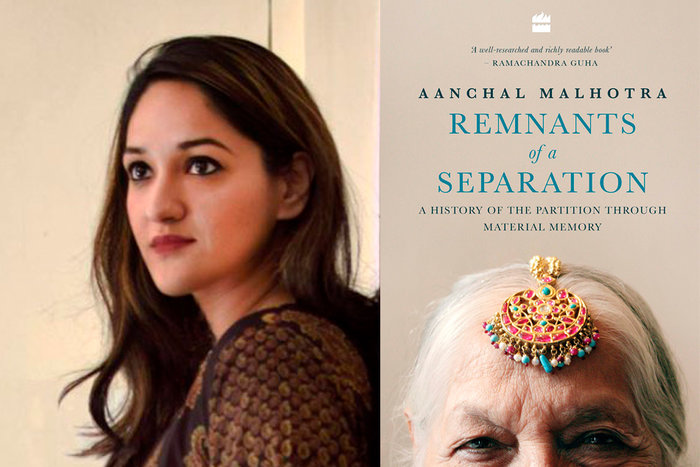 Interview
‘Conversations Are the Only Things That Will Dissolve Difference’: An Interview with Aanchal Malhotra
The author of Remnants of a Separation: A History of the Partition through Material Memory, on  remembering a past “… 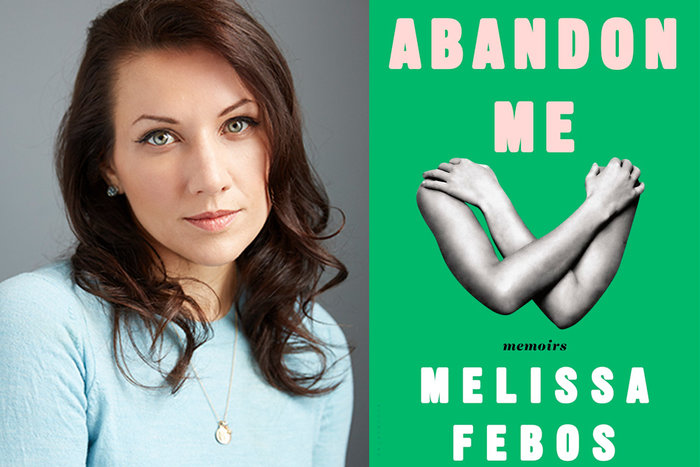 Interview
‘The Memoirist Enacts an Evolution of Perception’: An Interview with Melissa Febos
The author of Abandon Me on queer world-building IRL and on the page, writerly toolkits and the freedom of abandoning…