The Year in Time

This year, every day I spent in isolation was in preparation for the days when I could join others in something bigger than ourselves.

Rebecca Pierce is a filmmaker and writer from San Francisco. Her writing has been published in... 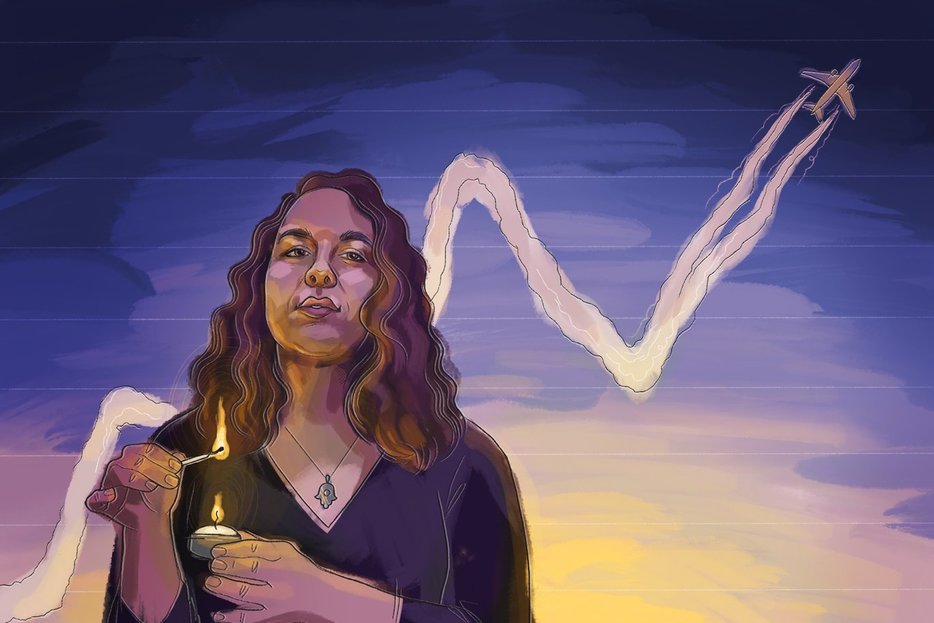 Before 2020, I measured my time in movement, and my work as a Black Jewish writer and filmmaker focusing on international human rights issues required it constantly. Six months in Israel and Palestine documenting the community organizing of African asylum seekers, three weeks in Japan and Korea filming with a US human rights delegation, four or five trips zigzagging across the United States for conferences and screenings. Humming Wyclef’s “Gone Till November” to myself went from cliché to ritual as I rolled luggage and film equipment through each new airport, and time away from home was a unit to measure life by.

I arrived in Boston the first week of March 2020, just as COVID-19 began systematically shutting down the United States. I was there for a three-month arts and activism fellowship through Harvard’s Religion Conflict and Peace Initiative, an exciting and legitimizing opportunity in a career forged in conflict zones and stateless communities far away from the mainstream. I was determined to make the most of the kind of institutional access and resources that had always been out of my reach, and fought hard to keep up the facade of my plans. But every day my world got smaller and smaller. I remember surreally moving in reverse of the tide of abruptly dismissed undergrads scrambling for flights home on my way to pick up a key card for an office that I was only able to use once. I had exactly one night out at bars with my co-fellows who could only talk about finding somewhere else to ride this all out, and then a small going-away party for a colleague who left by the end of the week. Soon my Boston housemates packed up and left for nearby family homes, and I was alone under lockdown in an apartment and city I’d barely gotten the chance to meet.

I contemplated packing up my life once more and going to stay with my parents until this was all over, but an urgent inner voice told me I had things to do right where I was. After an entire young adult life marked by travel, I had to learn to stay still, and do so entirely alone. The hardest part was finding new ways to keep time. I no longer had big plans to set the rhythms of my life to, and had to rely on the kind of rote daily routine I had always avoided to keep myself sane. I not only embraced routine, I became it: reading and writing in the morning, working out and editing video in the afternoon, Zoom calls with friends and sleeplessly waiting for the next day each evening.

But ticking off each day on the calendar until my fellowship ran out wasn’t enough—I needed to account for the passage of time in a way that meant something. My grandfather had died just weeks before I left for Boston, and his funeral was a reminder of why my secular Reform Jewish family has kept our traditions and identity alive in the face of decades of assimilation. Judaism outlines clear lifecycle obligations, including what to do when someone passes, and fulfilling them held us together as we moved through grief to give my grandfather the send-off he deserved. Most meaningful to me was the mitzvah of accompanying your loved one to the grave and covering it with a bit of earth to lay them to rest, and doing so for my grandfather was an act of love and service that also called up the Black Muslim mourning rituals I learned from an Aunt who would also pass this year. All this brought new appreciation of obligation to my weeks alone, observing rituals like Shabbat helped me not only feel close to him, but separated one week from the next. I measured out my time in the Target tea candles I lit each Friday, going to the liquor store to buy wine for Kiddush, and surprising my Orthodox Jewish neighbors with a “Gut Shabbes!” greeting when we passed in the street.

But once you can measure time, how do you make it meaningful? Most of the meaning in my life comes from work in service to others, and throughout the pandemic it seemed like the best thing I could do for anyone was to avoid others and not spread the virus. The principle of the preservation of life superseding all other duties, what Jews refer to as pikuach nefesh, for a time relieved me of my restless belief that my own worth was wrapped up in my ability to move and create. But that relief only lasted so long. In spring, the Black uprisings fueled by the police killings of Breonna Taylor and George Floyd hit Boston and brought with them a sense of urgency that forced me into the street, in the name of this very same principle of preserving life. After spending months alone in my apartment, I found myself and my remaining co-fellows marching from the historically Black Roxbury neighborhood to the Massachusetts statehouse, calling out the names of those lost to police violence. It was a shock to the system to move from a state of total isolation to suddenly being surrounded by tens of thousands of people, all wearing masks, and moving as one. In an instant I went from individually counting out my time in rituals and routines to breaking free of all of that to follow the demands of a singular collective moment.

It’s that contrast, and connection, between personal and collective time that has come to define this year for me. COVID-19, Black Lives Matter, the November election—all have marked this year and brought with them the need for personal and collective responsibility for how we respond to the times we live in, and what we do with the time we are given. This year, every day I spent in isolation was in preparation for the days when I could join others in something bigger than ourselves. In truth, every individual sacrifice of this pandemic is part of a collective goal of fighting for a time when we can be together again. I left Boston in June, but live a similar life in San Francisco, this time with housemates to keep me company. I still count my time in routines and rituals, yearning for the day when movement returns to my life, but for now it is enough to know that even this is time well spent.

Rebecca Pierce is a filmmaker and writer from San Francisco. Her writing has been published in Jewish Currents, The New Republic, The Nation, and +972 Magazine. 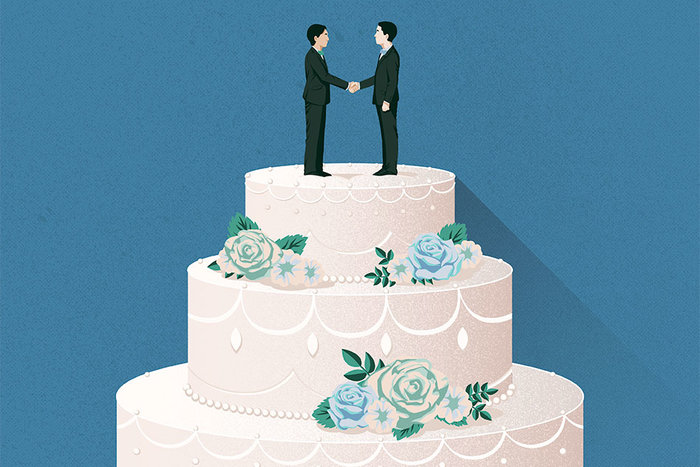 Culture
The Business of a Marriage
After my wedding, I began looking for a language for the partnership, both metaphorical and actual, I seemed to have… 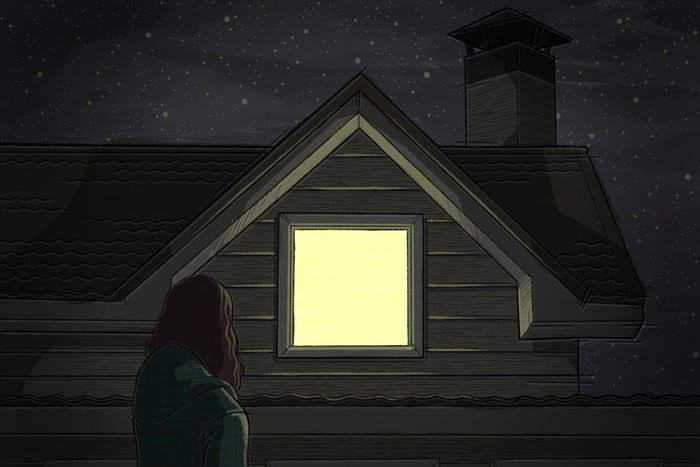