The Year in Photographing Flowers

I have no idea what history will make of 2020, but the only record I have kept of this cursed year are blurry photos of shrubs.

Jonathan Kauffman is a James Beard Award-winning writer, based in Portland, Ore., who focuses on... 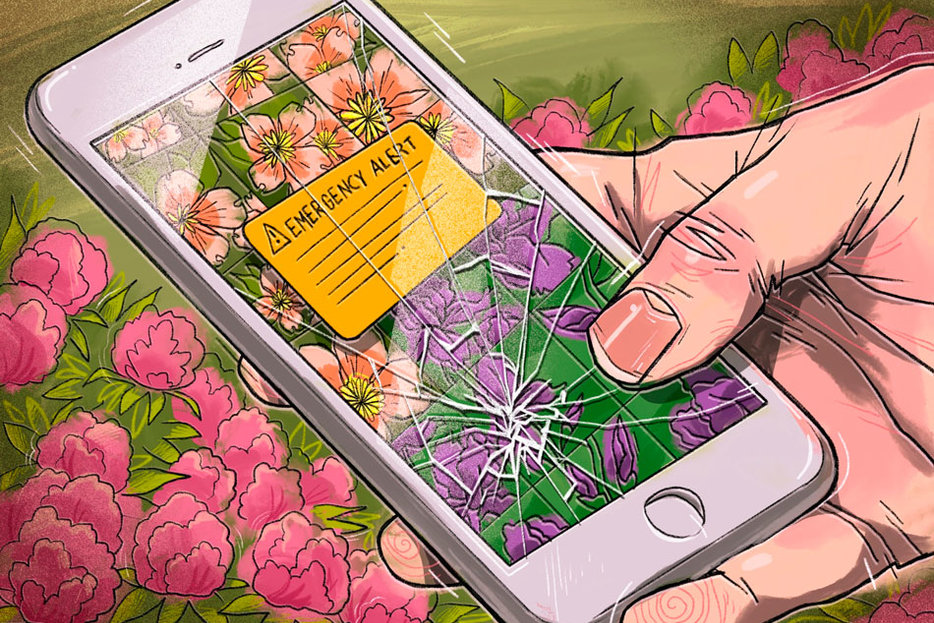 The section of Portland where we live is so quiet many longtime Portlanders have never passed through. We often walk for blocks in the middle of the street. We settled here just seven months before the shutdown, and I barely started to explore my new city before it shrunk to the size of Arbor Lodge.

After a quarter-century in San Francisco and a two-decade-long career writing about food for newspapers, I quit both in the summer of 2019. My husband, a longtime Portlander himself before we met, and I moved back to the city he missed to buy a house. I was just emerging from my perennial disorientation when the March shutdown hit, and now I leave home so rarely I need Google Maps to drive across town. In Arbor Lodge, however, I am familiar with every block and every yard.

Portlanders, I’ve learned after hundreds of walks, are prodigious gardeners. For the last seven months Christian and I have traced the course of the year in blooms, each one ubiquitous for just a few days. A week when the giant purple irises unfurl. A week the white-flowered dogwoods erupt, and another when the coral-hued dogwoods join them. A week when the perfume from the giant lindens pools in the streets and seeps through our window screens.

Our new house has a scraggly lawn, half moss and half dandelions, and when I spot a flower I fantasize about planting, I snap a photo on my phone with the hope that I can one day ask a nursery worker to identify it.

Walking around Arbor Lodge, in our quarantine bubble of guilt and anxiety, can feel as much like a dissociative act as a coping strategy. Even on our strolls up Willamette Boulevard or east on Ainsworth we can’t stop talking about how American democracy is crumbling in the grip of a psychopathic narcissist, how COVID-19 has killed hundreds of thousands of people, how the police have attacked protestors peacefully demanding racial justice, how hunger and homelessness have surged—not to mention the fires, the white supremacists, and the collapse of the restaurant industry I spent 20 years covering. We wave to neighbors whose names we don’t know from the middle of the street, unable to get over the sense that all of us are forced to endure these overlapping apocalypses alone, any fellow feeling thinned out as it is shared over phone lines and broadband cables. Every day makes me aware of how it is a luxury to have time to take a stroll, to have a house, to share that house 24 hours a day with a husband I love and a one-year-old cat who arrived at just the right time.

I have no idea what history will make of 2020, but the only record I have kept of this cursed year are blurry photos of shrubs.

In the early days of the shutdown, determined to cling to a sense of accomplishment, I began my mornings with Gay Zumba videos. I bought bread flour in 50-pound sacks. When my freelance assignments evaporated I started a pandemic email newsletter with a friend, brushed up on my Spanish, scheduled Zoom happy hours, and donated small amounts of money to stave off hopelessness.

As the months passed all those aspirations ebbed away and the sense that we had left the Before Times for some permanent new era grew. Even if ambition didn’t return, new work came my way, and aspiring for anything beyond solvency while the world burned down felt self-indulgent. As the Before Times receded so did a sure sense of who I was back then—back in San Francisco, in my career, in my ties with my family and friends.

I often feel as if 2020 has remade me into a new person. I’ve come to call him Pandemic Self. His life is circumscribed in tiny, banal rituals.

Pandemic Self wakes up every morning when the furnace whooshes on at 6 a.m., measures out a few grams of tea into a tiny clay pot, and sets the water to boil. He does the New York Times crossword puzzle, then shuffles between four newspaper sites until the news makes the anxiety rise up his gullet. It takes Pandemic Self until 9 to start work, maybe 10. Then his cat marks the hours with her own rituals: from printer top to lap in the morning, from couch nap to playtime at the same time each night. Pandemic Self shuts down the lights in the house—the sunroom, then the living room, then the kitchen, always in the same order—at 9:30 p.m. while his husband checks the news on his phone one last time.

Even my pandemic thoughts seem to ricochet around the borders of Arbor Lodge, looping from tea to dinner, then laptop, flowers, and cat toys. I may tell myself this would be an amazing time to work on a new book, but Pandemic Self peers out at the world and retreats. Limbo has brought with it extremely low-stakes habits. Pandemic Self now reads science fiction for the first time since he was a teenager—the more escapist the better. He battles the dandelions in the yard. He’s currently on a break from refined carbs. When he checks in on his friends, they have the same conversation every time—how horrid the Orange Tyrant is, who’s safe or ill from the virus, which Netflix shows are soothing enough to watch right now.

Pandemic Self is oppressively dull.

Pandemic Self has surprised me in one way: by refusing to meditate. I have been practicing zazen for 15 years, some years tentatively, other years daily. I attended my first Saturday morning lecture at the San Francisco Zen Center in 2005, searching for some peace in the middle of a crisis, but I quickly learned there was nothing relaxing about facing a wall while I attempted to watch my breath rise and fall. The reason I keep coming back to the cushion is because sometimes, when some moment in my daily life provokes fear or anger, zazen gives me a split-second buffer. In that small space, if I’m paying attention, I can catch hold of my reaction and let it rise and fall instead of rushing out of my thoughts to infect my entire body.

You’d think that nothing would drive a man to meditate like a major life change, a pandemic, and a political crisis. But the Portland zen temple I sat with last winter closed to the public a few months later, and I got too twitchy to maneuver myself onto my cushion at home. Swirls of cat hair now cover its black cotton surface.

The momentum from those years of practice, however, is what has driven me to give Pandemic Self a name—to acknowledge he is a pattern of thoughts. It also prods me to question: If my sense of self now is circumscribed by my habits and confines, what does that say about the self of 18 months ago or 20 years from now?

In my teenage years, I loudly traced my own outline in bands and books, as if devotion to Meat Beat Manifesto or James Baldwin were personality traits. After eight months of being stuck in my house in a new city, with no fixed career, I’ve realized how much I let city and work define the story of who I was. That story was hardly static: The 25-year-old who shuttled between kitchens, clubs, and queer movies became the 35-year-old who spent his nights in restaurants and his days writing about his meals, who became the 45-year-old who had married a handsome researcher and tweeted every moment he wasn’t reporting.

So, does it mean anything I am now a person who drinks tea for two hours every morning and takes photos of flowers? Or would that be hanging a painting on the projection of a wall? This existence is so fleeting it reminds me there may someday be a New Job Self, a Retired Self, and a Nursing Home Self, each unable to see itself apart from the conditions that shape its days.

Returning to that sense of transience, day after day after day after day, seems to ease the claustrophobia of this limbo. It has helped me slough off some of the resentments and ambitions from the Before Times that I carried from San Francisco to Portland, and gives me a different buffer: a moment to listen for what the After Times may call me to do. This city may still be a labyrinth, but I know how to get from the Peninsula Park rose garden to the house with the giant sprays of red flowers I fell in love with last July. I have six months in 2021 to figure out their names.

Jonathan Kauffman is a James Beard Award-winning writer, based in Portland, Ore., who focuses on the intersection of food and culture. He is also the author of Hippie Food: How Back-to-the-Landers, Longhairs, and Revolutionaries Changed the Way We Eat, a history of the natural foods movement of the 1970s. 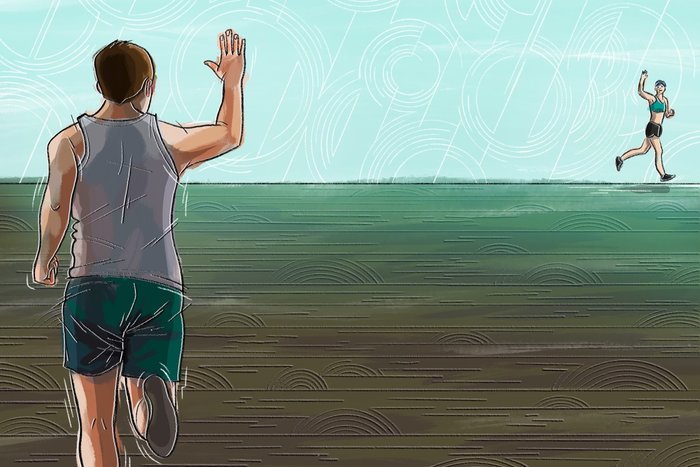 2020 in Review
The Year in Running
Runners were perfectly suited for 2020. You’re telling us we get to stay more than breathing distance away from any… 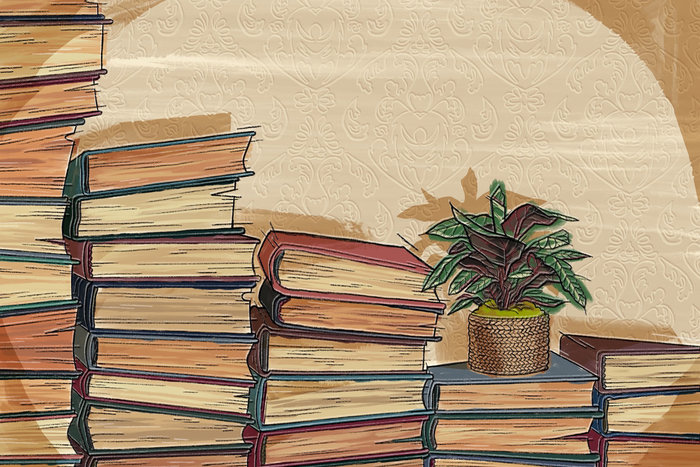 2020 in Review
The Year in Self-Improvement
The point is to accept that our impulses cannot save us from impermanence, that change and failure and death are…