The Year in Running

Runners were perfectly suited for 2020. You’re telling us we get to stay more than breathing distance away from any other people? What’s the catch?

Jason Kirk is co-writing a sci-fi... 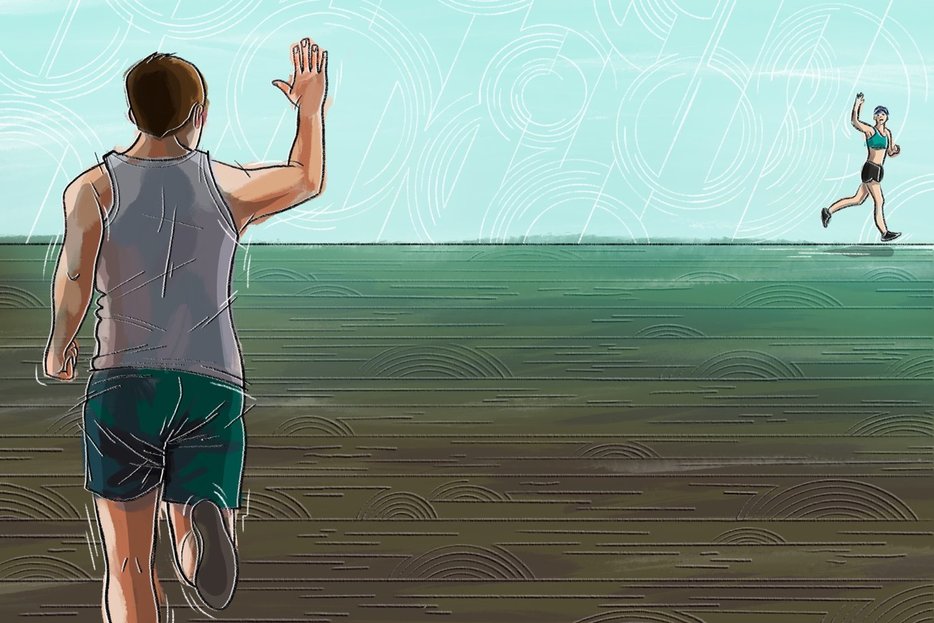 From about a half-mile away, I saw another runner trudging toward me. At the bottom of our hills was a thin bridge with barely enough sidewalk for one person to stay out of traffic, let alone two moving with the shambling grace of very amateur athletes.

I looked back and started to cross the street, planning to give that stretch of sidewalk to that other runner, who already had traffic behind him in his blind spots. There hadn’t been many cars in either lane for days, since this was way back when quarantine still felt like a thing that was part of everyone’s reality at the same time, but out of habit I knew it’d be safer for me to cross than for him.

There were no cars behind me, so I turned forward and started to cross. But I saw an arm waving at me. And a smile. The big guy in the Dallas Cowboys windbreaker was already changing sides, yielding me the sidewalk, and I think I understood why: he was sticking to routine, following protocol for no other reason than he’d previously agreed to do so. I’d given him that same patch of sidewalk the last time we’d passed, even though I’d ended up with the safer side of the bridge each time, and he would’ve felt like he was breaching our silent contract if he hadn’t waved me back onto my path.

We never talked about any of this. We did an air high-five that day, and once a week or so thereafter. That’s it.

At the beginning of the pandemic, the stupid battle lines weren’t anywhere near as stark as they became. Whether my fellow Georgians will admit it now or not, most of them seemed fine for a while with doing a little stockpilin’, social distancin’, and hand-washin’. Still, the instructions offered a lot of wiggle room, and the facts-disinclined were testing the spirit of the laws shortly before ignoring the letters. OH, the calories we would soon expend on arguing about whether things that are happening are happening or not. My immediate family quickly got used to being among the oddballs in each of our social circles, the ones who’d need to be accommodated in order to be included, until it usually became simpler for us to just not see many people for an unknowable number of months.

This did not apply to runners and hikers, or at least any of the ones I’ve encountered. In March, the first people I found who were going above and beyond the safety basics were runners. I remember my first run after those first two weeks of HARD LOCKDOWN, when I went out in a mask and a gaiter, promising to turn back around if it looked crowded out there. And then the first stranger I encountered hopped to the grass on one side of the path and gave me a fist-pump as I did the same, and I realized the whole world hadn’t lost it yet.

People run for a lot of reasons, many of them mysterious even to runners. Most people don’t understand any of them. That’s fine. Runners and non-runners discuss theories about these reasons, often settling on loves of solitude, nature, and process, plus the magic of making an hour or two disappear, emerging miles later with lungs and legs that feel like they’ve been used.

Let’s not discount solitude. It’s not exactly about avoiding people, because if that were the case, 2020 would’ve provided more than enough already. Running means time and space to bear parts of my brain away from other people, leave them on the road or in the woods, and return as something 0.01% better.

So the trail, a place without interactions by design, became a funny place to have some of my best interactions of the very weird year. As extended family members and other long-time associates continue to express big theatrical shock at the idea of following the written rules three, six, and nine months into quarantine, strangers in the backwoods and on the track around the park do the opposite thing, which is also the easy thing: give a little space, no questions asked.

By being the kind of people who are competent at dealing with people only after we’ve removed ourselves from people for a while, runners were perfectly suited for 2020. You’re telling us we get to stay more than breathing distance away from any other people? What’s the catch?

It made for a lot of weird bonds, one of my favorite things of the dumb year, a bunch of fleeting connections based on an instant understanding that we strangers are the same, all the way down to not needing to haggle over whether we are the same.

Months later, I still often pass some of the same runners. Somewhere in each of our brains is a log that tracks whose turn it is to yield or cross, to give away ground, to make the extra effort, no matter how insignificant that gesture feels when we’re both passing a crowded restaurant patio, a little world that’s elected to move on into something that used to be called Happy Hour. Sometimes, especially during July’s hottest and most demanding days, these runners’ transactions happened without a word or even eye contact. Sometimes there’s a smile, a wave, or a “Happy [Whichever Holiday We’re Kind Of Missing Out On],” a little church in the wild.

Running a certain number of miles costs a certain amount of effort. The same goes for keeping up a bunch of weekly Zoom calls, seeing the mask-truther’s appropriation of MY BODY MY CHOICE painted alongside STOP THE STEAL on the back of a Kia Sorrento, and re-re-explaining why we’re still sticking with all of this.

These five-second friendships with other runners have had no cost at all, though. Just routine and rhythm and grace, just giving a shit without making a big thing of it.

Jason Kirk is co-writing a sci-fi Western about college football, running a Bible comedy podcast, and sometimes tending to his alleged duty as a sports journalist. 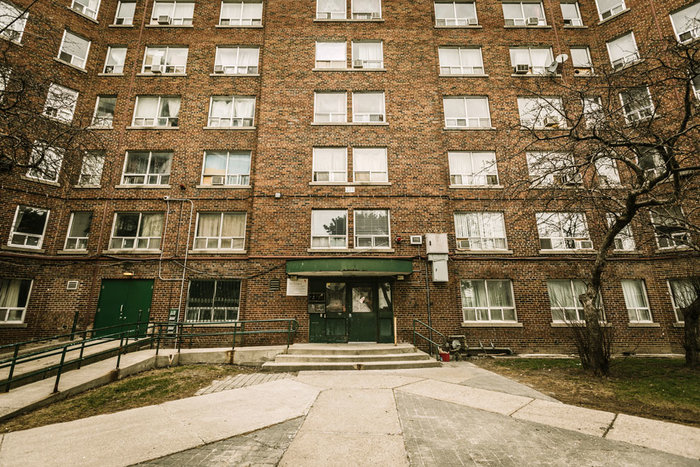 Fiction
Aaliyah, or View the Infernal Storm
Her thoughts returned to the battlefield. 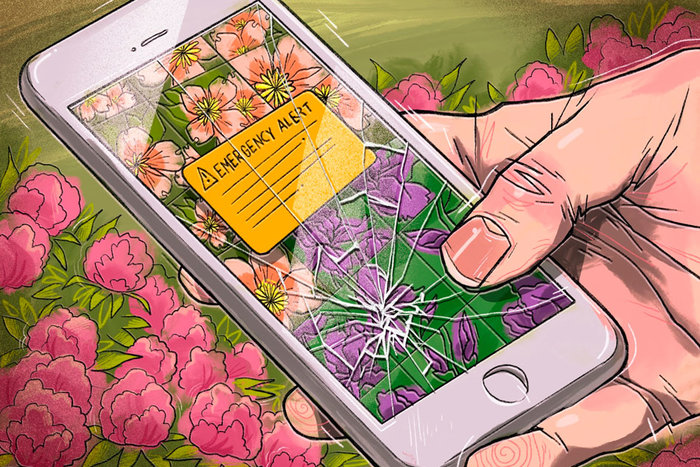 2020 in Review
The Year in Photographing Flowers
I have no idea what history will make of 2020, but the only record I have kept of this cursed year are blurry photos of…