The Year in Cultivation

One thing I love about many types of guardianship in food is that it requires you watch, but not too closely. 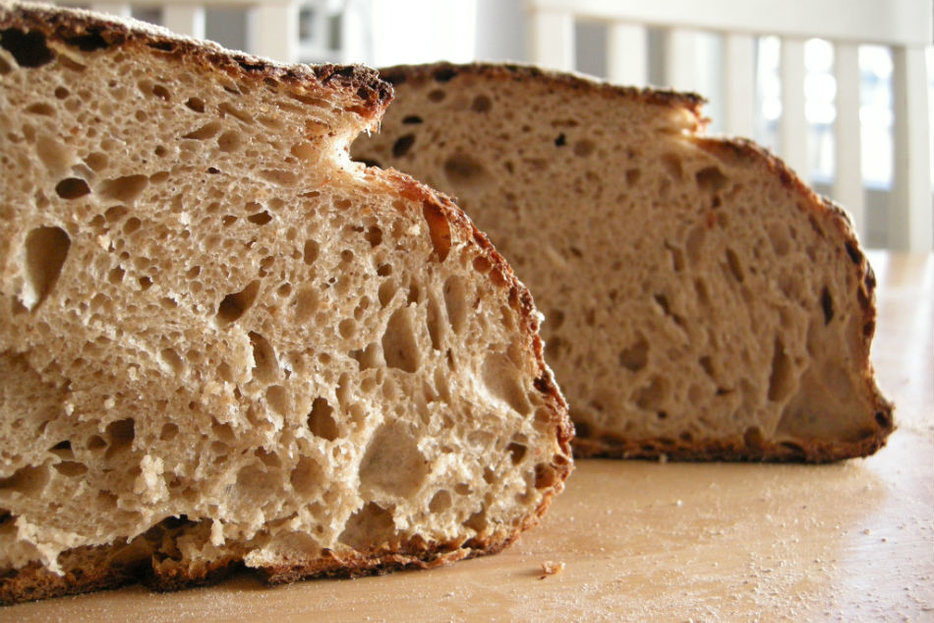 I have four babies in my home. One is human—the one I gave birth to—and the rest bacterial colonies mixed with cellulose and yeast that float in jars like pearly blobs of fat.

I don’t, of course, hold them in the same regard. The latter are starter cultures for kombucha and sourdough bread, both of which I started making earlier this year shortly after my son was born, and even from a technical perspective can’t rightly be called babies in the sense of procreated offspring. But they are, in a general sense, all progeny. I think about this often, usually when clipping my son’s toenails, noticing the silk of his hair turn colours or checking a new jar of fermenting tea for fresh fizz, a sign that it’s ready to drink.

We are parents to very few things that become our food. There’s livestock, yes, if you eat meat and raise the animals, but no matter how tenderly a farmer feeds her pigs or brushes her cows, she’s still tending to a one-sided relationship. No matter how hard the work the bacon is simply for her benefit.

Agriculture comes closer. An ear of corn’s juicy snap wouldn’t exist if not for 9,000 years of selective breeding, and, by means of economy and colonial violence, often both, we have arranged ourselves—entire cuisines, traditions and trade systems—around this crop that once grew on its own as potato-flavoured grass. But as an analogy, this too has its limits.

Both arrangements expect that the caregiver will outlive the immediate ward; it’s almost entirely the point.

The ontology of food-based bacterial cultures lies somewhere along the porous boundaries between sustained life and arrested death—or fermentation and decomposition, as the case may be.

The functional reasoning for all this: to make what’s fresh last longer, to control the life of what nourishes us by stretching the boundaries of its expiration. In less savoury terms, the sour hum of kimchi is rotting cabbage coated in salt and spice; a ripe camembert raw milk stirred with bacteria genetically similar to what’s found in our armpits and between our toes, left to coagulate, aged, then rinsed in mould. My favourite understanding of this comes from Noella Marcellino, a Benedictine nun who has a PhD in microbiology and sees the divine in rot. “You don’t really want to talk about what cheese reminds you of,” she told Michael Pollan in a Netflix documentary. “It’s this sense that we’re eating decomposition, breakdown products, you could call it death. To me it’s a taste of that but a promise of something delicious.”

Bacteria can also taste alive; a bright, bubbly sourness informed by hundreds of cycles of brewing, proofing and the yeasts that happened to be hanging around the locale of production. Perhaps this is what inheritance tastes like, and explains why continuously fermented foods are expressed through language and ideas similarly used to talk about family, both in the biological and sociological sense. A kombucha culture—a gelatinous disc of yeast and bacteria that ferments sweetened tea into a tart, fizzy drink—can be a mother or a baby, the new layer of cellulose the culture produces with each brewing cycle. There are food-based bacterial cultures that date back generations. The trademark tang of Boudin Bakery’s bread in San Francisco is credited to a sourdough starter nearly 170 years old, and some ardent home bakers will pass on prized starters of their own to children.

The baker or brewer doesn’t live off bread or tea alone, of course, but this does get closer to something resembling a reciprocal relationship.

My son was born on New Year’s Day, after thirty-six hours of labour. I lit a candle the night we brought him home because we didn’t have a night light and I wanted to watch him breathe; to be sure of what it sounded like, to be sure he was still doing it. He was sluggish and moved so little in the in-utero weeks beforehand that I drank a glass of ice water most evenings just to feel him kick. It’s a miracle this paranoid habit hasn’t left his feet cold.

In The Argonauts, Maggie Nelson says that, “to let the baby out, you have to be willing to go to pieces.” It is a comparatively lucky thing, but this proved harder for me to do in the weeks that followed the passage. I was prescribed bed rest; I couldn’t leave dirty dishes in the sink. I had trouble breastfeeding; I spent weeks recording the length of every nursing session, the weight of supplementary bottles, the number and timing of diapers in a day. For a few months I pumped milk, dozens of plastic bags in the freezer labelled with dates in neat, tiny print, to ensure he’d be fed on any occasion when I wasn’t around or well enough to nurse him myself—a type of life insurance.

I didn’t sleep more than four consecutive hours at a time for nearly five months, and started spending nap time scrolling through mobile trading apps for things I didn’t need and had no interest in acquiring. Snow boots. Skin serums. Bottle warmers. Then one day, an heirloom: a bread starter for biscuits.

The woman offering the sourdough for trade indicated she’d inherited it from her grandmother and fed it every week for years. A quiet glass pot of oat-coloured froth that asked only to be fed flour, water and sugar every seven days instead of nursed every three hours on an endless clock. The connection, I realize now, is ludicrous, but my brain leapt there immediately. Was it sleep deprivation? Fear of failure? I messaged the woman at once. In exchange for two cups of starter, she asked for lip balm.

The day a healing crack in my nipple re-opened and bled from nursing, or I rocked him for two hours in front of our apartment’s entrance door because the wind that blew through the frame’s cracks was the only thing that put him to sleep. The day I lifted my son’s feet a little too high while changing his diaper and he urinated in his own mouth. The day I woke up in bed hunched over, convinced I was holding the baby, then convinced I dropped him, then confused to find him sleeping in the bassinet, where he’d been all along—this happened more than once.

On the painful days, and the stupid ones, I’d scoop out a dollop of the starter, mix milk, flour, cheese and salt, and drop it onto a baking sheet with a spoon. Cheese rolls. Or skip the cheese, double the milk, and pour it onto a hot pan for pancakes. Sometimes these efforts did not end well—hockey-puck pretzels or crepes that pulled apart like two-ply tissue—but this was fine, too. Small triumphs on days I’d forgotten to shower were comforting, while the failures felt safe. No one was going to grow up maladjusted and angry just because I’d made a shitty waffle.

Diapers and laundry aside, much of the early work of first parenthood, for me, has been re-learning how to arrive at knowledge through observation—and learning when to trust that such knowledge is enough. There are, I realize, many other ways of living that demand this skill, but those sleep-deleted weeks offered no respite from the terror of not knowing. How do I know my child has nursed to fullness? What is that little twitch he does when he sleeps?  Does an orange skid mark in his diaper count as a full bowel movement? What will happen if I don’t dry the skin properly between the soft rolls of his chin and his tiny little neck? How do I know that he’s well, thriving, alive? How do I know he will outlive me?

One thing I love about many types of guardianship in food is that it requires you watch, but not too closely. There is no interior magic in watching a blossom become a peach. Follow a set of instructions and you can keep a bread starter healthy and productive for years.

I used to think this watching wasn’t possible of pregnancy, of self-improvement, and for a little while after giving birth, of being a parent, too. That either the diligence required—the counting, measuring, endless questions and self-doubt—would render you inert, or you could submerge yourself in the participation so fully that remembering how you got anywhere was just a series of disconnected blinks. And so, in many aspects of my life, I’ve simply committed to one or the other, seeing them as mutually exclusive approaches to love. I still don’t know how to do both at the same time, but I am learning. My son will turn one soon, and while I still hold the baby monitor close to my ear every so often to listen for his breath, I don’t measure minutes. There are no more bags of milk in the freezer.

Some time after I brought the bread starter home I lost the photocopied piece of paper listing the feeding ratios that accompanied it. Perhaps it was a painful day, or a stupid one: I pushed the little glass jar to the back of the fridge and forgot about it for a few weeks. When I eventually came back to it, the starter, usually alive with a tart smell, had retreated into itself and developed a runny brown liquid that reeked of spilled alcohol—a sign, internet searches informed me, that the bacteria and yeasts that comprised it were hungry. I was certain I’d killed it. I wasn’t heartbroken, but I was too attached to the greying little blob to throw it in the trash. So, I guessed the best I could, mixed in the flour, water and sugar, and left it on the counter for a while. In under a day, it began to bubble. 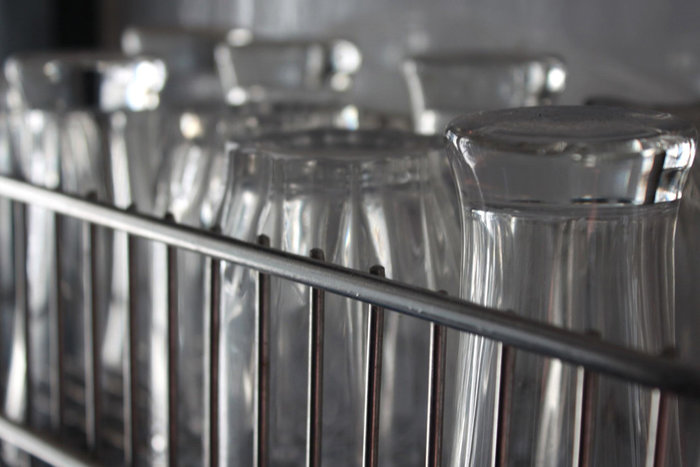 2017 in Review
The Year in Living Alone
I am learning what it is to be responsible for my own warmth. 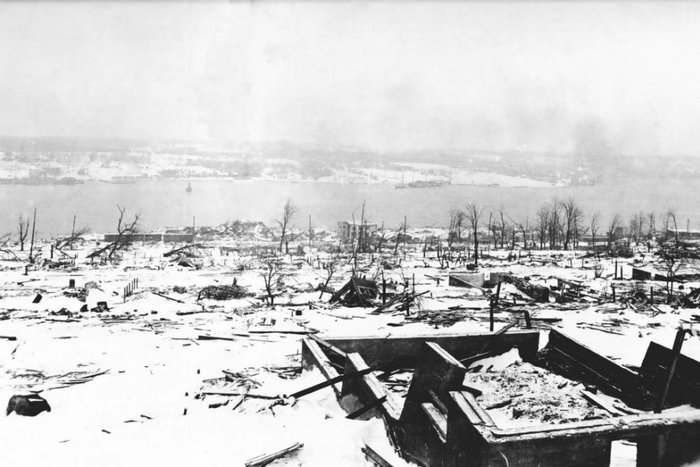 History
Living in the Shadow of the Halifax Explosion
My neighbourhood doesn’t look like a place where, a century ago, hundreds of people were incinerated, and that…