The Year in Living Alone

I am learning what it is to be responsible for my own warmth.

Hanif Abdurraqib is a poet, essayist, and cultural critic from Columbus, Ohio. His first... 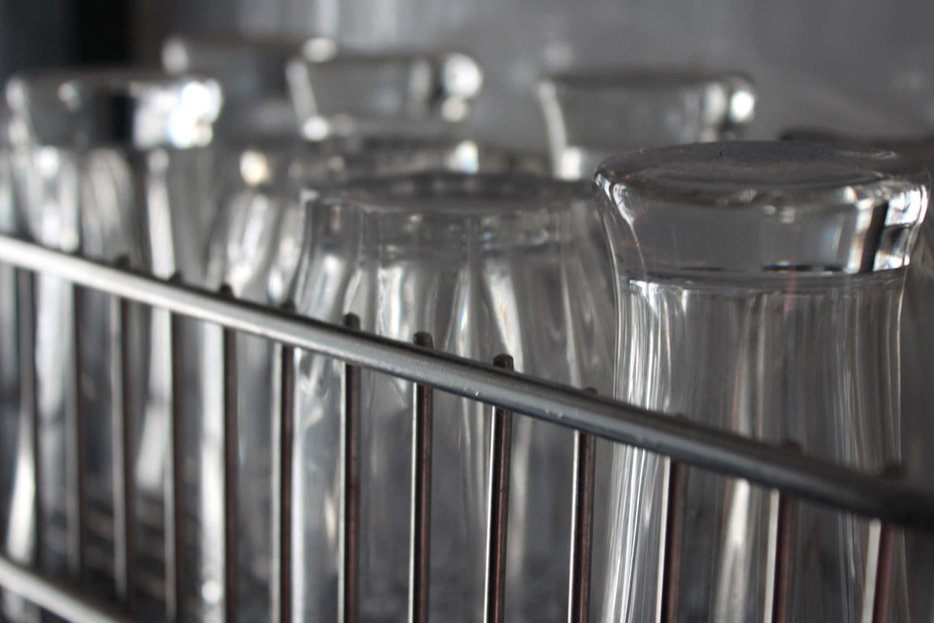 At a Columbus yard sale in the early summer of 2012, I purchased a piece of art made by a child and their parent. It can be best described as a Dr. Seuss-inspired piece on a makeshift canvas of pieced-together wood. The piece is mostly a giant blue circle haphazardly painted into the center. Tiny, delicately painted fish surround the circle, with the words “one fish, two fish, red fish, blue fish” surrounding them, written in neat handwriting, repeated several times. I don’t know why I purchased the piece, or why I have such a connection to it. I think it is because it appears to me to be something that a child worked on with someone they loved. It was endearing, perhaps something made particularly for that yard sale a night or two before, by a child who wanted to chip in.

In my past two apartments—shared with a partner—this piece was relegated to either my private space, or somewhere forgettable, like a bathroom or an office. I understood this and didn’t feel upset about it at all. Outside of the sentimental mythology I’ve attached to it, the piece is not aesthetically pleasing, nor does it make much sense in the context of any art space. I was fine hiding it as one of the many sacrifices one makes when sharing space with another person.

When I moved back home to Columbus, Ohio, early this year, I moved alone. I put the painting on one of the most visible walls in my apartment, dead center amid a row of professionally painted works. Due to its makeshift frame, it was awkwardly placed—leaning crookedly and immune to any adjustment. It felt like it was finally living the way it was intended to.

The first thing you learn is that you don’t actually have to do the dishes. Certainly not right away, after another solo meal has concluded. But perhaps not ever. You don’t owe cleanliness and order to anyone but yourself, which is both blessing and burden. For the first two months, I didn’t empty out my dishwasher, merely reloading it with dirty dishes on top of the clean ones, and then restarting it. This was, in part, due to the fact that I traveled a lot, and would often forget whether or not I started the dishwasher in the first place. But it was also, in part, due to the fact that I simply had the ability to choose a task I wanted to ignore, and I chose one.

I learned to clean my room first before anywhere else. Even if my living room or office was a nightmare, I wanted to wake up in a space that felt pristine, before I opened the door to what my life actually was. There is something about making a bed that you crawled out of and will crawl back into later that I will never understand, despite doing it for nearly four years in a shared apartment. I still can’t bring myself to do it now, most mornings. But I pick my clothes up off of the floor. I fold them when they come out of the dryer. I clean the bathroom mirror with the good glass cleaner and a gentle towel.

It’s the little things that I forgot. I don’t have a full-length mirror in my apartment. I check my pants and sneakers in the reflection of my television screen. I think I may keep this habit up. It isn’t that I don’t like looking at myself, but it is perhaps that I don’t desperately need to see my whole self as much as I once did.

I don’t think that the act of sleeping with another person does not serve the actual act of sleeping. For all intents and purposes, I am likely impossible to sleep with, or at least someone who takes considerable adjustment to sleep with. I snore, I move around in unexpected fits, my anxiety sometimes causes me to sit up in bed and stare into the darkness until I am calm enough to fall back asleep. And this is the thing: that the sleeping is what we endure for the sake of our comforts. That sharing a bed with someone is, perhaps, more about the knowledge of warmth than it is anything else. To know that when you rise, you might rise with someone who kept a space next to you warm. A space you might, then, fall into during a cold month. Or simply to remember that you lived another night loved enough to have someone place their body next to yours. Today, more than this time last year, I am interested in commitment and temperature and all things at the intersections. I am saying that in a bed that I share with someone, I fall into the space that is mine and they fall into the space that is theirs and for a minute, there is a kingdom that we are keeping briefly warm and even if it is not love, it is love.

I lay sideways in my bed now sometimes. I fall asleep with two books resting on the pillow my head isn’t resting on. I wake up in the middle of the bed, arms sprawled out. I get it, we are all goldfish. When cared for well, we’ll take up whatever space our environment affords. Sometimes even when not cared for at all.

So it turns out that this is mostly about sleeping alone. Mostly this is how I think love is all about what can and can’t be used as a vessel for heat. The Northeast winter was cold last year in my old home. And in my new home, Columbus is threatening revenge for the mild winter it gifted everyone last year. I feel a chill in my bones, even indoors. Even when I imagine how much warmer it must be anywhere else.

More than anything, I am learning what it is to be responsible for your own warmth.

I moved the Bad Fish Painting to my room, but not because I was ashamed of it. I put it directly in the line of sight from my bed, where I can see it right after waking up. This might read as triumphant, but it is a reminder of nothing. I like to wake and see it hanging crooked on my wall, a symbol of something that two sets of loving hands once made together. It’s a decision of aesthetics—what I want my home to be represented by artistically. It’s this scattered, sort of incoherent piece made by two people reaching for each other.

I didn’t choose to come home as much as I was guided by a broken heart, and a bit of relief at its breaking. Faced with living alone for the first time in over a decade, I took a trip home to Columbus and scheduled several apartment viewings in a five-hour window. I settled on a place that was (and remains) too big for me. The landlord, exasperated, told me that he’d been trying to rent it for months, but he just couldn’t get anyone in. Perhaps this is why I was drawn to it. Of the several motions of heartbreak, the one that lingered in that moment was the feeling of being discarded, and so it made sense to write a check to live alone in a place that no one else wanted.

I’m learning to find myself here, especially as the year comes to a close. I cook meals for myself when I can, and I play music loud while I shower, and I sometimes leave my socks in the middle of the floor. When I have guests, I do that thing where I clean frantically for ten hours the day before to make it seem like I always live a life of organized cleanliness, although every guest I have knows that isn’t the truth. The space is too large for me to occupy alone, but I have claimed every corner of it with art, sneakers, books, and things I’ve picked up traveling this year: rocks, hats, an honorary degree. Even when put together, none of these things amount to a person, and I’m fine with that now in a way that I wasn’t when I moved in, sitting in this massive empty space with a TV on the floor, waiting for movers to arrive. To live alone, I think, is to become repeatedly comfortable with having to be in control, despite vast unknowing. Or sometimes, vast forgetting. I think my dishes may be clean, but I will run the dishwasher again. Just to be sure. 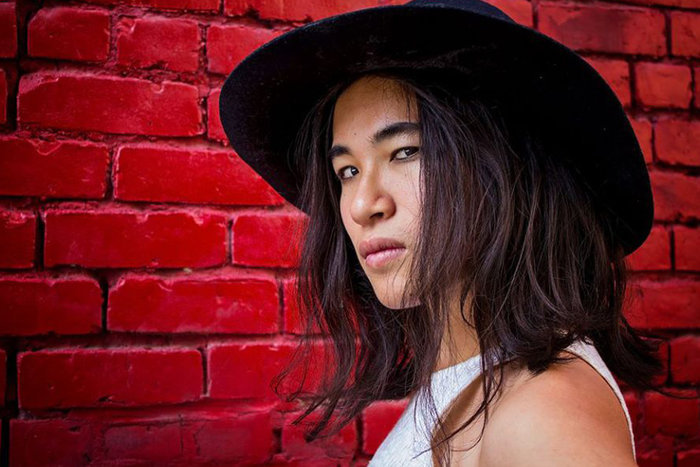 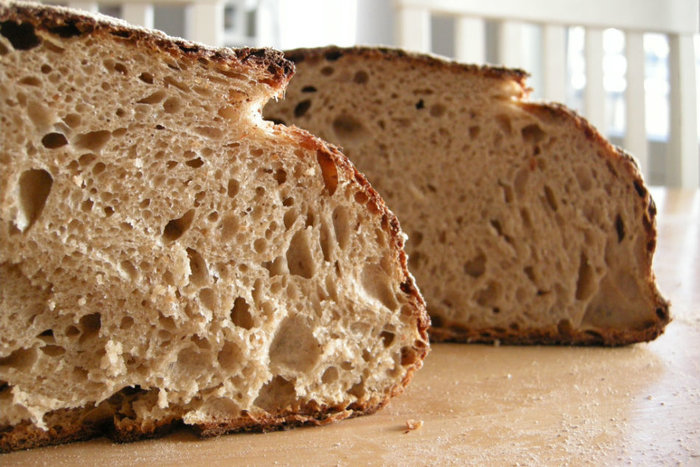 2017 in Review
The Year in Cultivation
One thing I love about many types of guardianship in food is that it requires you watch, but not too closely.