The Year in Compost

Some find comfort in conspiracy; I’ve found it in asking the same questions about plants and insects and mold my seven-year-old self might.

Danny Chau is a writer and editor whose work has appeared in The Atlantic... 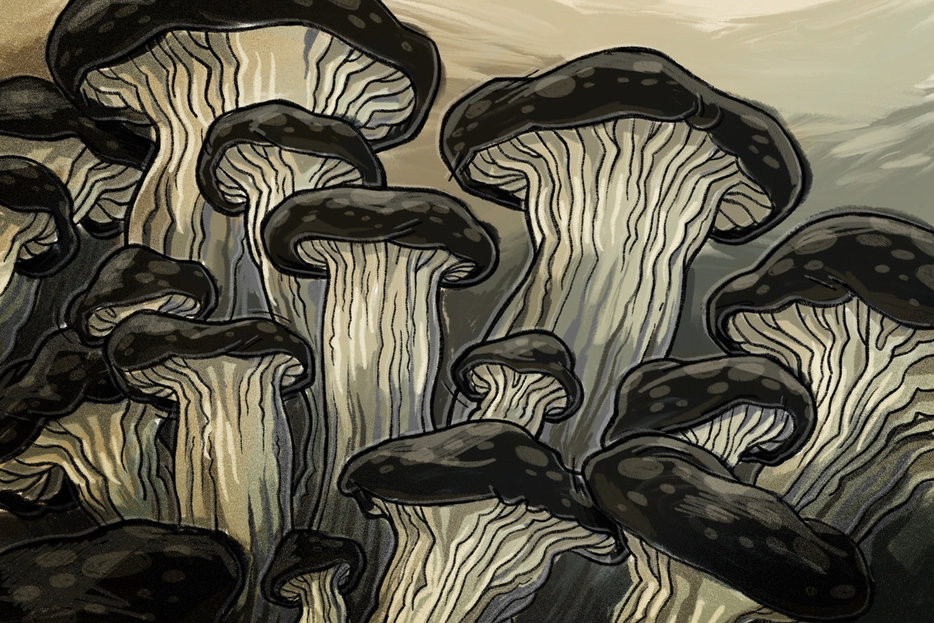 I imagined myself blind, toothless, sidling up to a piece of withered radicchio half-buried in a bed of dirt, crushed eggshells, and last month’s news. I was a red wiggler earthworm acclimating to my new home inside a freshly furnished vermicomposter. But, given my pantomiming in the kitchen, my partner probably saw a bad Abe Simpson impression: a disgusted grimace; my lips curled over, as to erase the sight of teeth. Bitter!

Day after day, week after week, the radicchio sat unperturbed, long after all of the other scraps of vegetation had visibly begun the process of decomposition. Our Earthworm Abe bit had become recurring. Everything rots at its own pace, but a cursory search yielded a potentially relevant factoid: Turns out that radicchio (and other members of the chicory family) possess volatile oils that are often used to kill parasitic worms in livestock. Hundreds of millions of years separate earthworms and tapeworms from their common ancestor, but I guess we sort of stumbled upon a universal axiom across the animal kingdom: No one loves radicchio on their first try.

Such are the revelations of composting, of which there isn’t much of a scale—everything is big, everything is small, everything works in cycle. Over the past year, we’ve observed the process in as many ways as we could: We bought worms and provided them a home; we drilled aeration holes along the sides of bins and filled them with kitchen scraps; we used fermented fruit extracts and bran flakes teeming with microbes to accelerate decomposition; we watched the neighbor’s leaves fall into our backyard, blanketing the ground, losing its luster day by day. We compost to amend our garden’s soil and to rechannel the utility of spent goods, but just as valuable as the ends is the mindset being cultivated. Appreciating the process has meant inhabiting the many different perspectives of decay, and reorienting my place in the home, where I am merely a legion among legions.

Take vermicomposting. Millions upon billions of microorganic cell colonies, among them various types of bacteria and fungi, descend upon the damaged remains of last week’s meal prep. They feast, denaturing the organic matter on a chemical level in the process, releasing vital, elemental nutrients. They become food themselves. Eventually, the vegetation softens up to the worms’ liking; each of the hundreds of red wigglers consume the decomposed, nutrient-rich organic matter along with the surrounding soil. It all gets infused together as it goes through a grinding process along the worm’s digestive system. What emerges at the other end: a loose, aerated, life-affirming powder that glows mahogany in the sunlight, not unlike fresh coffee grounds in the morning. It smells like the beginning of something. It is. “Microbes living all around us, even inside us, scent our world with a set of molecules defined in what may have been life’s boiling beginnings,” the food science writer Harold McGee writes in his new book, Nose Dive.

I’ve spent a vast majority of my time indoors this year. Many days I don’t venture much farther than the porch stoop if I do step outside. As my physical confines narrowed in scale, I’ve found comfort in digging into other ecologies, other ways of acknowledging and affirming all the networks that make up life as we know it. I’ve been reading about fungi discovered at Chernobyl, which have the ability to metabolize radiation through a sort of radiosynthesis, a fact of our timeline more hardcore, more Marvelesque than any imagined cinematic universe. It’s been a time to find new ways of reorienting oneself with reality: Some find comfort in conspiracy, I’ve found it in asking the same questions about plants and insects and mold my seven-year-old self might.

Isolation, lockdown, quarantine—these are words that give me pause. My left shoulder dips as I lean and awkwardly gesticulate, trying to fill the space and meaning that these words, charged with contemporary anxiety, don’t quite move towards. In the early months of [gestures wildly], that anxiety was the prism refracting the ways in which many reimagined the outside world, based in both fact and fiction. The L.A. skyline was visible from unprecedented distances with the sudden decrease in smog; mischievous elephants in Yunnan got plastered off corn hooch; the planet was literally vibrating less, given the decrease in man-made disturbances. Nature is healing, so the meme goes. But the punchline—we are the virus—doesn’t land without shame or nihilistic projection. It doesn’t land without a homocentric placement of reality, a siloing from nature itself.

That sense of the world slowly chips away when I notice an asparagus fern stem slowly but surely vining over and around a post in the living room towards our couch, where I spend nearly all of my working hours. That sense of the world melts a bit when I see the golden primordial ooze once again leaking out from the spigot of one of our composting vessels and onto the kitchen floor. The kimchi bubbling on the counter; the bones in the freezer, with marrow yet to be relinquished even after a second round of soup-making. Life, being made and unmade and remade. It’s not a matter of control, it’s accepting a role of stewardship. This year has been different. This year has been more of the same. Like any other year, it’s been a continuous series of learning and unlearning how to be part of a noble rot.

Danny Chau is a writer and editor whose work has appeared in The Atlantic, The Ringer, Grantland, the Los Angeles Times, and elsewhere. He was a James Beard Foundation Award finalist in 2019. 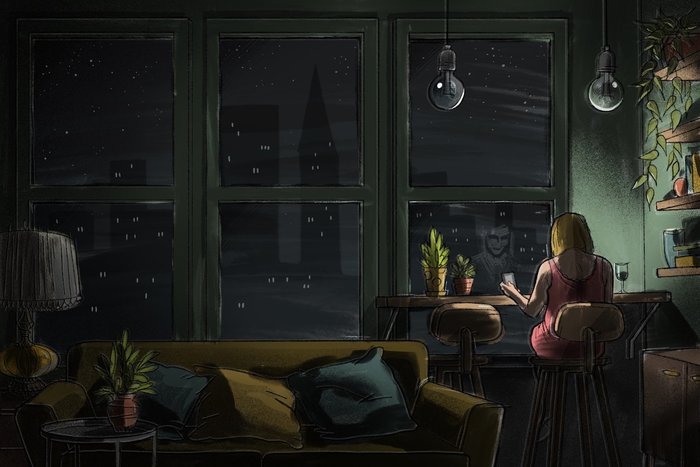 2020 in Review
The Year in Self-Googling
It’s comforting to know that in the annals of history, my day-to-day personal suffering won’t show up at all…. 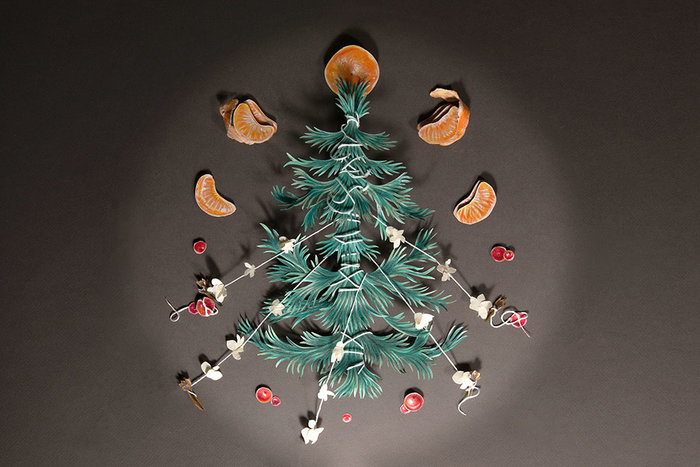 Culture
A Brief History of Indoor Trees
When there is a ritual, life makes sense.