Who to Read to Not Be Boring on Facebook

“Asperger’s Lit” is all well and good, but its influence has lead to some insufferably dull status updates. The problem is “Bad Carver,” as David Foster Wallace put it. The solution is Frank Conroy. Even Bad Conroy. 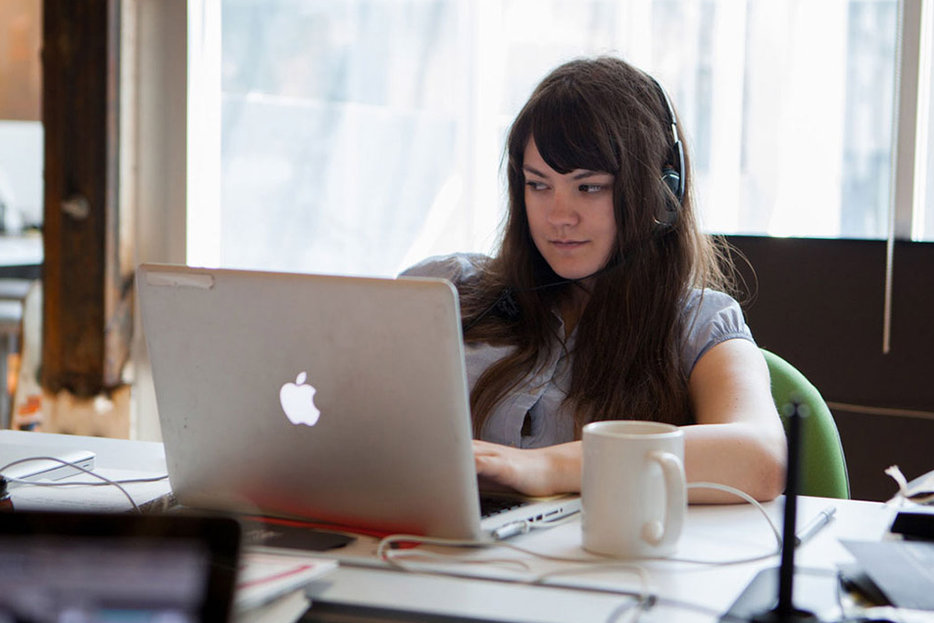 It’s a matter of taste, but for me where Facebook went wrong was when my Friends (some of whom I actually know) took to emulating the prose style of the so-called Asperger’s School of writing, as represented by Tao Lin and Marie Calloway and pouty others. This is writing that drips detail like a faulty faucet, leaving little more than a rust stain on the basin that no one ever scrubs, because we’re all so tired.

The Asperger’s writer is a deadpan chronicler seeing himself, or his character stand-in, from enough distance to engage only in the barest of facts, a deliberate antidote to a culture of superabundance and over-stimulation. In Asperger’s literature sex happens, but it’s a task, like long division on a chalkboard. Verbs are wholly optional. Nouns matter. Resolutions don’t. Some of it’s good: Marie Calloway knows how to enrich a story with suspense. But the lesser lights make for what David Foster Wallace called “Bad Carver,” in which narrators are “blank perceptual engines” who may have just woken up from a long, unsatisfying nap.

Raymond Carver must answer for this but so must Hemingway, Beckett, and the paratactic style of the King James Bible in which someone is always begetting someone who begets someone else and on and on without much character development. The minimalists defined it: Asp-Lit just made it minimaler. Its value, such as it is, lies in a stealth conviction that, in the battle between man and chaos, the smart money’s on chaos, and any story in which man overcomes chaos, through something as hopeless as human effort, is really just propaganda, or what Philip Roth calls “life as it might itself prefer to be publicized.” The temptation is to be silent: to write nothing. But since that’s a literary dead end, you write next to nothing. So, points for having a philosophy. I just wish it wasn’t all so tedious, especially as it’s blossomed on social media.

Bad Carver on social media is a response to the old days of faux enthusiasm, people massaging their own personal brands with stories (and supporting photos) of the travel, films, haircuts, sunsets, and lobster empanadas they’ve enjoyed and you haven’t. Propaganda. Only it’s now swung too far in the other direction.

Facebook is full of Bad Carvers. I have a Friend (capital-F in this case means I’ve never actually met her) who, in one status update, announced that she’d started juicing kale, got a new hair dryer, and slept with a co-worker she didn’t like. This is pure Asp-Lit: each item is as momentary and passing as the next, and therefore as meaningful, or meaningless, as the last, and there’s no lesson to be drawn by separating one from another. She writes as if standing outside of herself, watching with heavy-lidded indifference, smoking.

I think I understand the impulse: Bad Carver on social media is a response to the old days of faux enthusiasm, people massaging their own personal brands with stories (and supporting photos) of the travel, films, haircuts, sunsets, and lobster empanadas they’ve enjoyed and you haven’t. Propaganda. Only it’s now swung too far in the other direction: sour minimalism is less about countering the culture of the giddy, and more about communicating to other minimalists that you operate in the same stunned and stunted universe as they do. So if Facebook and Twitter are going to survive as forums for expression, not just marketing (it may be too late), we need other prose models. Bad Carver is done. Let us move on to, say, Bad Conroy.

Frank Conroy was an American writer who ran the Iowa Writers’ Workshop for 18 years until his death in 2005. But he made his name in 1967, at the age of 31, with a memoir called Stop-Time. Think of it: barely out of his 20s and his first book is his life story in which nothing spectacular, by common memoir standards, happens: no wars, no celebrities, no jail time, no heroin. It might have landed with a thud if not for the style, which drew raves from William Styron and Norman Mailer and turned Conroy into an instant star.

Conroy grew up with an alcoholic father (who disappears early in the tale, but leaves a long shadow), a distant mother, and a stepfather with a knack for get-rich-quick schemes and colossal underachievement. As a child, Frank is carted off from New York to Florida where his stepfather Jean has bought cheap land on which to build a house, from scrap wood, in a back-to-the-land utopian project that even Frank knows is doomed. He makes friends with a local boy, Tobey, who has a taste for Lord of the Flies adventure, and in one rich scene they discover an abandoned army barracks and all its treasures: a lewd wood carving made by a bored solider, a broken piano. It starts pouring rain and Tobey rushes outside, shirtless, shoeless and roaring, in a kind of wild and improvised tribal ritual, while Frank hammers at the piano. “I watch him running down the avenue,” Conroy writes, “his jeans already black and soaking, his bony shoulders shining with epaulets of spray. He trots, slows down, staggers, his arms straight up as if the rain were a rope he could climb.”

The scene begs to be turned into a parable about the mix of threat and exhilaration, but Conroy won’t do it: he just describes, with neither sentimental ornament nor cold, minimalist distance, what it was like to be him that day. He’s not standing outside himself, he’s the writer going back to the piano bench, inhabiting his own childhood self. There’s warmth here (but not too much).

The book is full of these moments. When the Florida experiment flops, the Conroy family returns to New York, where stepfather Jean moves briskly from job to job: running a failed fruit stand, driving a cab. “At about this time,” Conroy writes, “our fates, his and mine, began to affect one another. And fate is the appropriate word. He dropped from nowhere to become my father. I emerged from behind my mothers skirts looking, to his eyes, something like a son. We had in common that we were male inhabitants of the U.S.A., and my mother, and nothing more. Life had placed us together. We faced each other like two strangers trapped in an elevator.”

Again it would be easy to play the scene for pathos, a symphony of self-pity: my stepfather was a loser who ruined my life. Or to grin and drop arbitrary observables into the reader’s lap in the minimalist style. Instead Conroy finds a middle ground, writing with restraint, but still marking the possibility that people, even children, have insight. “There was no despair,” he writes later, of one of many run-of-the-mill childhood disappointments, “only a mild confusion at the sloppiness of things.”

Facebook and Twitter would benefit from more Conroy, even Bad Conroy: neither overstatement (Propaganda) nor coy understatement (Asperger’s) but an artful in-between in which there’s an intimation of wisdom. My Facebook Friend with the kale juice, hair dryer, and sex with the co-worker might have gone this route just by adding there was no despair, only a mild confusion at the sloppiness of things at the end of her status update. This at least hints at the writer’s inner resources, that she’s neither thrown her hands up in post-modern defeat nor is she fishing for “Likes” by aping a fashionable literary style. In fact we could do worse than add it to every status update. Until it catches on and we have to move to Bad Saul Bellow. 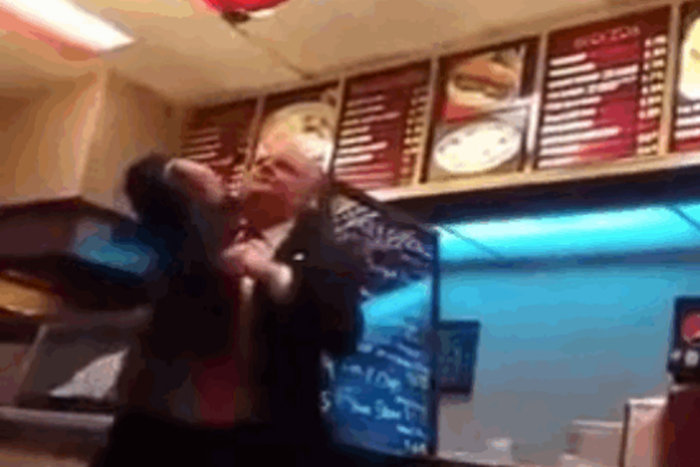 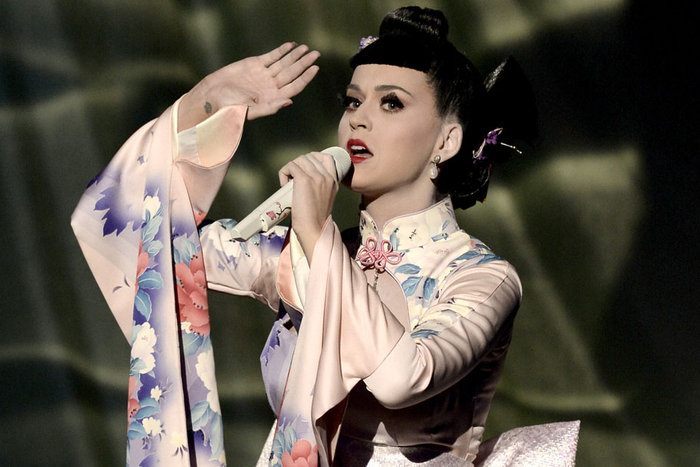 The Year in 5
Rosa Lyster
'There is a Mercilessness About Talent': An Interview with David Lipsky
Anna Fitzpatrick