What’s the difference between an assault to the eardrums and a treat for them? The answer is a matter of aesthetics, yes, but also time and distance. 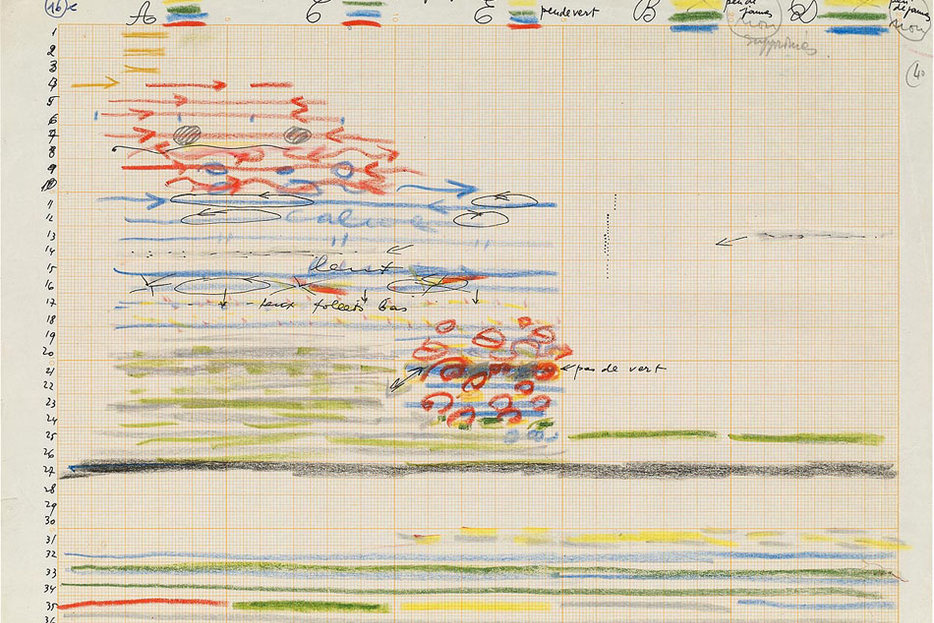 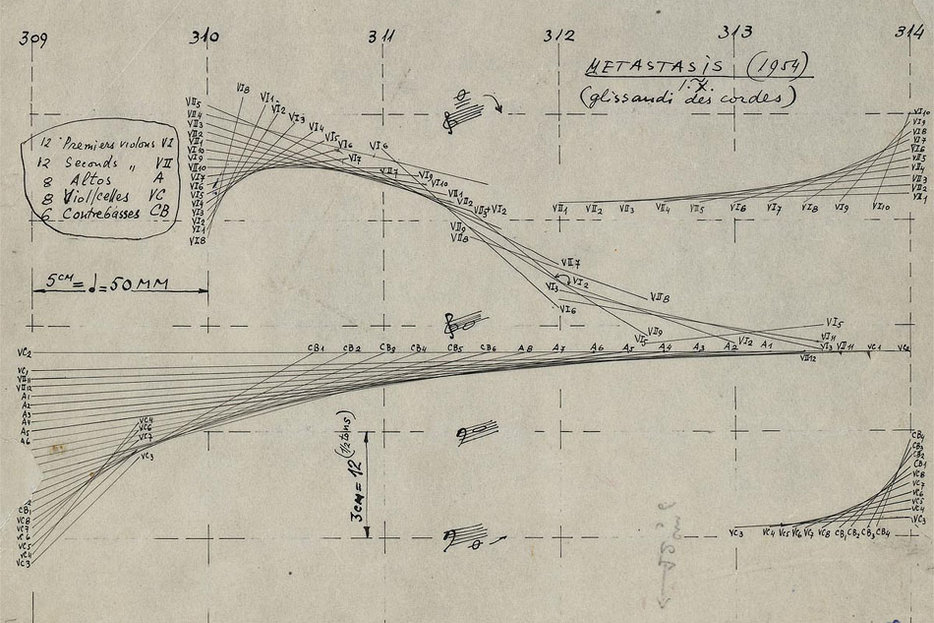 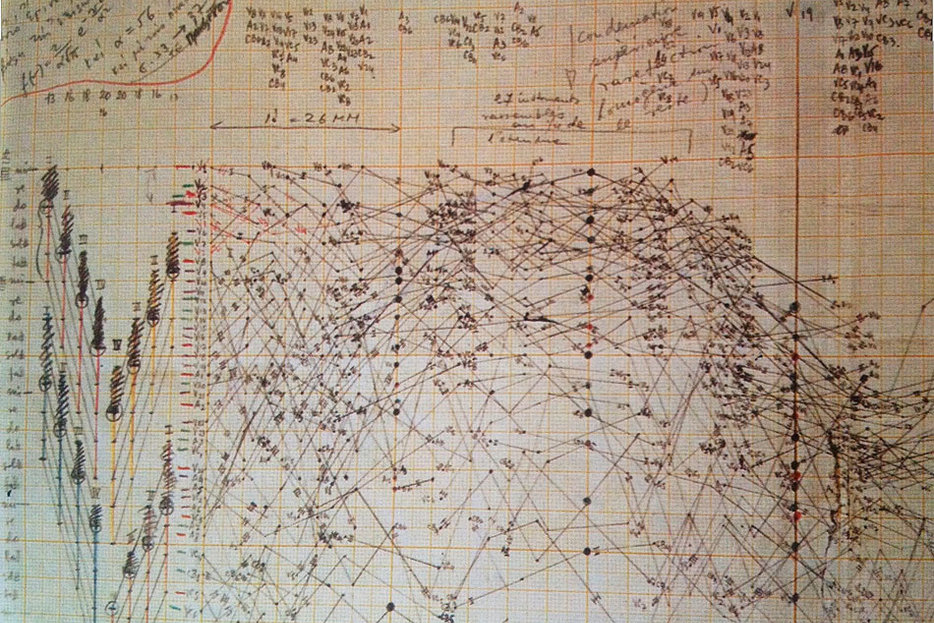 When the audience at the Théâtre des Champs-Élysées in 1913 heard the first public performance of Igor Stravinsky’s The Rite of Spring: Pictures of Pagan Russia in Two Parts, they rioted. Ladies in their furs and gentlemen in their swanky hats stood up and blew Parisian framboises, making catcalls and screaming invective at the performers. The American journalist Carl van Vechten wrote that the young man sitting behind him got up to see more clearly, and then: “The intense excitement under which he was laboring betrayed itself presently when he began to beat rhythmically on top of my head with his fists. My emotion was so great that I did not feel the blows for some time.” Van Vechten explains that the crowd was gripped with rage at “what it considered to be a blasphemous attempt to destroy music as an art.”

By the time it was next performed in Paris, however, in 1914, at the Casino de Paris, The Rite of Spring was hailed as a masterpiece, and Stravinsky was literally carried out of the concert hall on the shoulders of his fans. One hundred years after its debut, it has become one of the 20th century’s most famous pieces of music.

How long does it take for noise to become sound? Our contemporary understanding of the sonic landscape has two poles: the noise pollution ordinance and the sound map.

Noise is generally defined as unwanted, unpleasing, or excessive sound—here’s the OED: “Loud outcry, clamour, or shouting; din or disturbance.” Also, “A loud or harsh sound of any kind.” We started to think of noise as an environmental hazard in an overt, institutional way in the 1960s, when Japan passed the first national noise regulation act. More comprehensive acts, like the the U.S.’s Noise Pollution and Abatement Act of 1972, made it mandatory to include changes to the aural environment in environmental impact reports for federally funded construction projects. Today, most cities have ordinances to protect their residents from excessive noise, and noisy environments have been linked to increased risk of heart attack, hypertension, long-term memory development and reading comprehension impairment in children, and mental health problems.

Sound, on the other hand, is what noise is when it’s not bothering you: “The sensation produced by the organs of hearing when the surrounding air is set in vibration,” or “The particular auditory effect produced by a special cause.” We all hear differently, and the difference between a noise and a sound is subjective, because it’s essentially an aesthetic judgement. At the same time that we became aware of the ill effects of noise in the 1960s, we also discovered sound as a valuable geographical landmark. Canadian composer R. Murray Schafer’s World Soundscapes Project of 1977 was a defining endeavour in the new field of acoustic ecology. One of the first sound-gathering tours, in 1973, was a trip across Canada for the purpose of capturing and cataloguing sounds that were perceived to be in danger of disappearing due to advances in technology—bells chiming, foghorns blowing.

When I listen to soundmaps of Toronto, where I live, much of the sound gathered is mechanical: streetcars clanging, traffic roaring, subway station announcements with their robotic voices. It’s the kind of thing that feels like noise when you’re outside experiencing it (especially the damn subway—the whole journey, from the screeching wheels when the train squeaks to a halt at the station to the brain-addling loudness of the three-note warning tone when they’re about to close the doors, feels specially designed to make me cry). But the act of curating and labelling invests meaning in these otherwise potentially bothersome vibrations—makes sound out of noise.

Valuing something as a sound versus being irritated by it as a noise may be a matter of supply and demand. Once a noise is hard to come by, its status can be upgraded to sound. Last year, Brendan Chilcutt, a gamer and general technology geek, started his own online Museum of Endangered Sounds. This time, rather than chimes and foghorns, the sounds threatened by new technology are those made by slightly older technology. Chilcutt writes:

Imagine a world where we never again hear the symphonic startup of a Windows 95 machine. Imagine generations of children unacquainted with the chattering of angels lodged deep within the recesses of an old cathode ray tube TV. And when the entire world has adopted devices with sleek, silent touch interfaces, where will we turn for the sound of fingers striking QWERTY keypads? Tell me that.

On the site, you can listen to the gentle, hen-like whirring of rotary telephones, the breathing static that passed for silence on analog cassette tapes, and the sped-up-eyedropper antsiness of PacMan. In the 1970s and ‘80s, those sounds were nothing special, but now they’re like voices of people we used to know, and lost touch with, and forgot.

The Rite of Spring, for all its cacophonous newness, was based on snatches of melody from Russian folk songs. Its plot line, in which Russian villagers come together to dance and sing the spring to life, celebrated the kind of folk rituals that ethnographers now drool over. Stravinsky’s composition drew on traditional sound, then transformed it, through unconventional usage, into noise. Then time made it sound again. 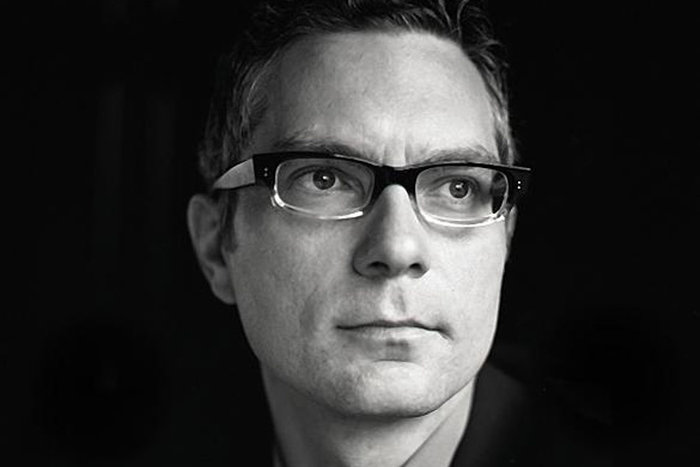 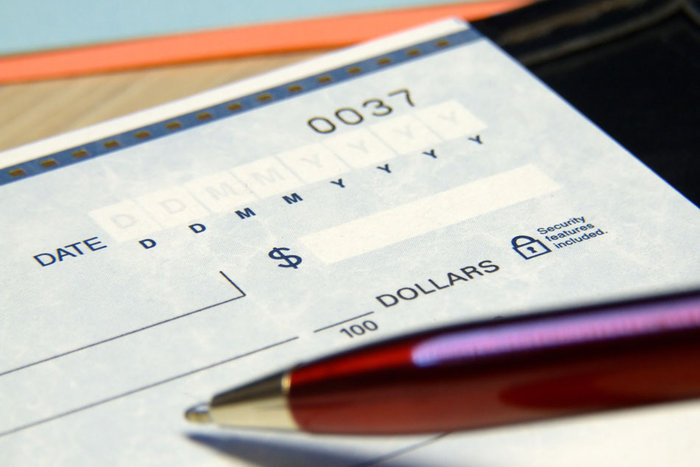 Petty Justice
The Cheque Is In the Mail
The case here described is real, witnessed by the author in Small Claims court. The names have been changed and some…