As Arrival and Rogue One: A Star Wars Story placed strong women at the hearts of heady, exciting science-fiction stories, Sigourney Weaver’s iconic Alien hero looms as large as ever.

Valerie Kalfrin has contributed to The Guardian, Bright Wall Dark Room, The... 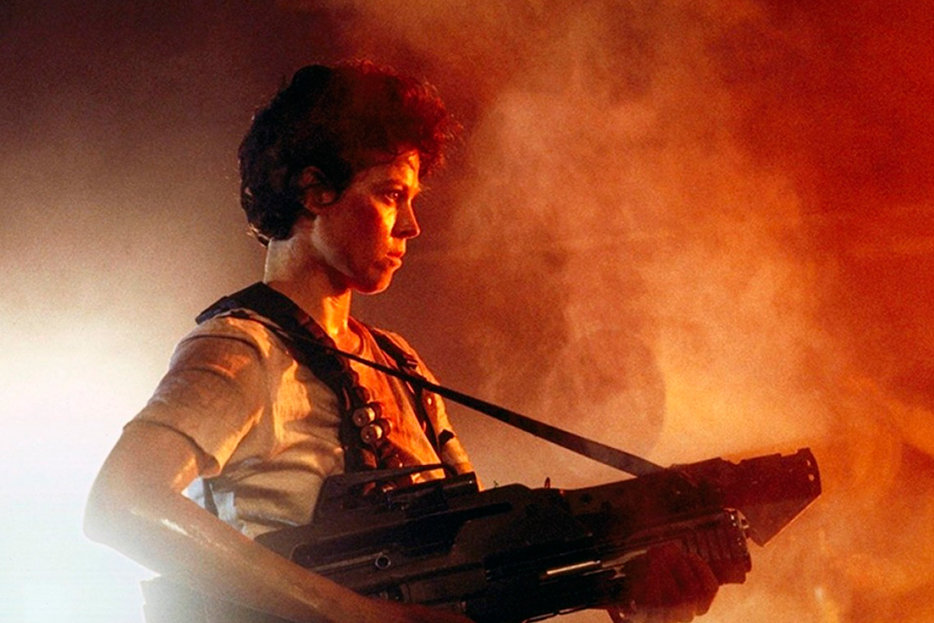 If in space no one can hear you scream, torment is doubly painful. Inside her cocoon aboard a starship, the woman looks peaceful, but she’s forced to sleep, unable to dream, and on a course toward a waking nightmare.

“Who’s Snow White?” a female Colonial Marine asks about the woman once she wakes from hypersleep. The soldiers in the 1986 sci-fi blockbuster Aliens have a rugged camaraderie and share worn quarters that feel timeless. It’s the then-quiet protagonist, apart from the others, who is ahead of her time—and still is.

Thirty years ago, Sigourney Weaver as Ellen Ripley awoke to win over not only these futuristic Marines but audiences worldwide. Heather L. Duda called Ripley “the first contemporary female monster hunter” in her book The Monster Hunter in Popular Culture. The character has been described as a reflection of women’s changing gender roles and an archetypical woman warrior of courage and integrity like Joan of Arc. Film writers and critics continue to mention her as an ideal fierce female action hero, whether they’re writing about Linda Hamilton’s Sarah Connor in 1991’s Terminator 2: Judgment Day or Charlize Theron’s Imperator Furiosa in 2015’s Mad Max: Fury Road. Just this year, in advance of cerebral sci-fi drama Arrival, author Glenn Garner at BlackBook wondered, “Can Amy Adams fill the Ripley-shaped hole in our hearts as the next alien movie heroine?”

Weaver received a Best Actress Oscar nomination for Aliens, the third for a woman in an action or horror movie (after Ellen Burstyn in The Exorcist and Sissy Spacek in Carrie). The American Film Institute lists Ripley specifically from Aliens among the top ten of the fifty greatest movie heroes of all time, between Rocky Balboa and It’s a Wonderful Life’s George Bailey.

Ripley’s origin was more happy accident than design. Alien screenwriter Dan O’Bannon and executive producer Ron Shusett engineered that film as a Forbidden Planet setup with an unusual way to attack the crew: “The alien screws one of them,” Shusett said in the 2001 documentary Alien Evolution.

“As soon as I heard it, I went, ‘Oh, well, that’s it,’” O’Bannon said. “This is a movie about alien, interspecies rape. … That’s scary because it hits all of our buttons. All of our unresolved feelings about sexuality.”

The script used only last names for the characters, with no gender specified, but noted some could be cast as women.

“We said, you know, this one character, it’s a little bit boring, this kind of young ensign that takes command,” producer David Giler said in Alien Evolution. “Maybe if we made this character a woman, we could kind of earn a few points at this studio that’s making Julia, Turning Point, and all that kind of stuff. You know, women’s films.”

Ripley was Weaver’s biggest screen role after a few seconds in Annie Hall. Scott thought, from a story standpoint, the gender switch “was truly a master stroke, because we expect Sigourney to be the first one to go, and of course, the reality is different,” he said in a 1999 DVD commentary.

Audiences loved her immediately. “I had never seen a female character like that. It was the first female action hero that I had and that any of us had,” Winona Ryder, who later co-starred with Weaver in 1997’s Alien: Resurrection, said in Ximena Gallardo C. and C. Jason Smith’s book Alien Woman: The Making of Lt. Ellen Ripley. “And of course we’ve seen guys do that a lot. Guys surviving, being the hero. Girls really just being mostly the victim. And this time it was great to see a woman really, you know, kick ass.”

Critics and essayists ever since have highlighted what made Ripley unique: her confidence and intellect, her lack of makeup, her functional clothes, her anger and empathy, and how she didn’t give a damn about egos. “Science-fiction film is filled with hot kickass women doing impossible things with guns and melee weapons while they spin about like a gymnast in a dryer,” AMC.com wrote in 2011. “She’s not a sidekick, arm candy, or a damsel to be rescued.”

The studio wanted a sequel, but top executives changed, and interest waxed and waned. Then James Cameron—who would become known for placing relatively ordinary characters into extraordinary situations (Terminator 2, Titanic, Avatar)—impressed Giler with his script for 1984’s The Terminator. Giler suggested Cameron take a crack at writing an Alien sequel. Upon reading his early draft and seeing how he directed The Terminator, the studio hired him to direct Aliens.

At first, Cameron puzzled over how to honor the original and tell a new story. “How is the audience going to relate to this person if they put themselves needlessly into jeopardy again when any sensible, thinking person would not go back anywhere near that alien if they had a choice?” he said in a 1986 interview with Cinefex writer Don Shay on the Aliens Special Edition DVD.

He came up with establishing a colony on the original planet, LV-426, that loses contact with Earth. The company that sent Ripley’s original crew to investigate now wants her to accompany a military expedition to learn what went wrong, switching the genre to action and suspense.

“Sure, they offer her a job, but that’s not a good enough reason. They offer to protect her. That helps… But the real reason is the cathartic, psychological reason,” the nightmares where her chest bursts open from one of the creatures she’s escaped, he said. “Ripley survived the first time, but she didn’t survive mentally. Psychologically, she’s a basket case.”

Besides burdening Ripley with post-traumatic stress, Cameron had her awaken 57 years after the original film’s timeline, having outlived her only child—a daughter—and everyone else she’s known.

Weaver loved how he’d fleshed out her character and her relationship with Newt (Carrie Henn), a young girl who is the colony’s sole survivor. “Most writers would say, you know, write her like a basketball coach: ‘All right, people, come over here!’” she said in the 2003 documentary Superior Firepower: The Making of ‘Aliens.’ “It was a great beginning for that character to feel that kind of isolation and rage, I think.”

She based her portrayal on an environmentalist friend. “It’s not that she’s not kind and has feelings, but she’s very unsentimental about things,” she said at Comic-Con International in San Diego this summer. “She just goes forward and gets things done.”

In Poetics, Aristotle refers to catharsis as a purge of emotions, especially pity and fear, granting the audience renewal and restoration. Reviewers at the time didn’t exactly quote Aristotle, but they knew something deeper was at work within the film’s skilled craftsmanship.

“The first film had merely mobilized Ripley’s basic fight-or-flight instincts. The presence of Newt allows her to discover stronger, higher impulses, gives her positive rather than negative emotions to act upon,” Richard Schickel wrote in TIMEmagazine’s July 28, 1986 cover story.

Schickel wasn’t her only admirer. “Ripley, and by extension Weaver, is my teenage hero … tough, enigmatic, physical, guarded,” wrote Keith Stuart in The Guardian in 2014 when Weaver voiced Ripley in the video game Alien: Isolation. “She was the perennial outsider, her crew distrusted her… But she always knew better. Something in my fragile and lonely teen self related to that. I wanted to be Ripley.”

Or at least have her in our corner. When she plunges into the alien nest, breathing hard, sweating, and shooting a flamethrower to rescue Newt from death, she’s every brave soul who surmounts her own fear in the face of something greater. “I knew you’d come,” says Newt. So did we.

Made with an estimated budget of $18.5 million, Aliens grossed $77.6 million during its U.S. release alone. Sequels followed but focused less on Ripley and more on the monster and the company that wanted it for a weapon. Alien 3 (1992) killed off Newt within the first few minutes and inexplicably infected Ripley with an alien “fetus.” Alien: Resurrection (1997) regenerated her as a human-alien hybrid 200 years in the future.

Although Weaver’s payday has risen with each film in the franchise—$11 million for Resurrection, compared to $30,000 for Alien and $1 million for Aliens—her dedication to Ripley is palpable. “At the end of the day, you know that ultimately, this woman means business. And I think she really enjoys that aspect of this role,” Peter Robb-King, her makeup supervisor on Aliens, said in 2003.

Women like Ripley in action films continue to evolve, yet Weaver’s character remains a touchstone. Felicity Jones, star of the new Star Wars spinoff Rogue One, out now, said that she referred to Weaver’s portrayal of Ripley when crafting her own performance as rebel hero Jyn Erso. “I love the qualities that she brought to that part. And early on in my research it was one of the films that I watched that informed my process,” she’s said.

Weaver seems proud of that legacy. “I often think that Ripley was very powerful out in the world, in a way, to remind women that we’re very strong,” Weaver said at Comic-Con. “We get the job done, we go for it, and we don’t stand around waiting for a man to take care of us.”

Valerie Kalfrin has contributed to The Guardian, Bright Wall Dark Room, The Script Lab, Signature Reads, and other publications. She lives in Florida. 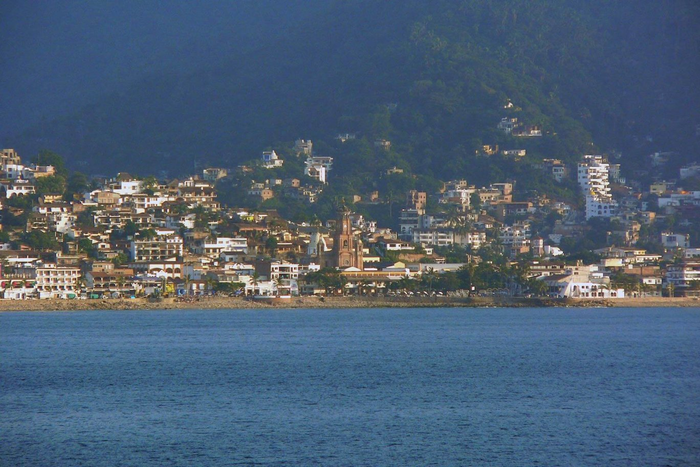 2016 In Review
The Year in Escape
How do you decide when to call somewhere home, and which one takes precedence if more than one place fits the bill? 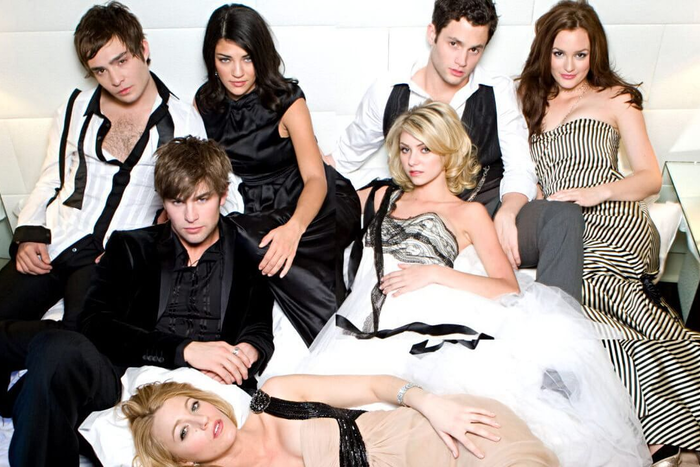 2016 In Review
The Year in Chuck Bass Coping Mechanisms
I wasn’t alone in turning to teen dramas to deal with mental health issues.