The case here described is real, witnessed by the author in bail court. The names have been changed and some details and times condensed. This week in Worse Off Than You: a businessman must decide whether to pony up the bail money for a man who has broken the conditions of his bail once before.

Worse Off Than You 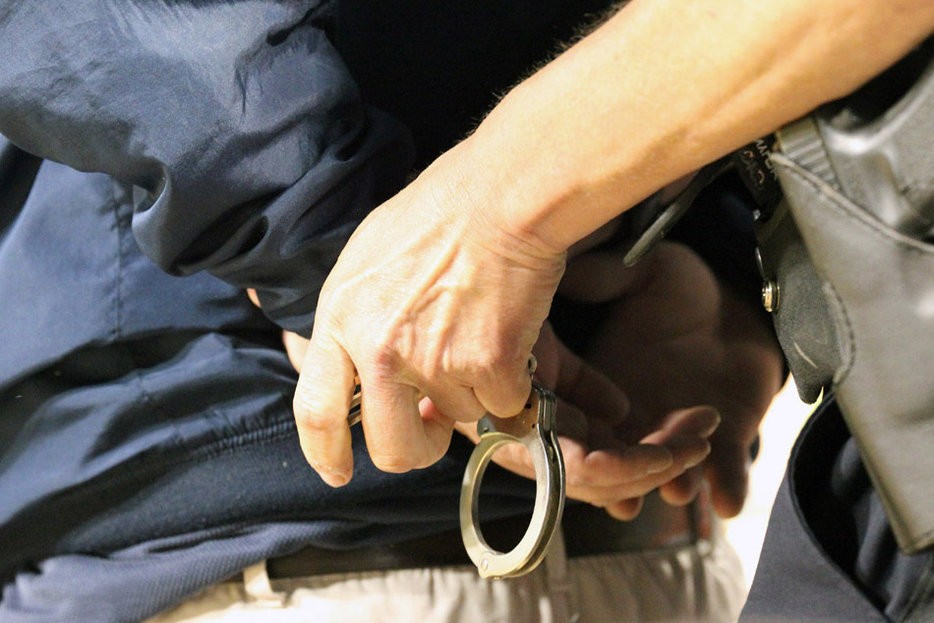 The accused, Glen, wears the clothes he was arrested in and stands inside a Plexiglas and steel enclosure, a sort of judicial penalty box, built against the east wall of Courtroom #501. This is Glen’s bail hearing. He looks worried. He has good reason to be. His current incarceration is the result of breaking the conditions of his bail. Let me state this clearly—Glen, who is in custody for breaking bail, is now seeking bail.

Justice Murray’s shoulder-length silver hair falls over her face as she looks down at the case file in front of her. Her thin fingers turn papers. She has an English accent, which seems to give her even more authority then the black robes she wears. She asks Glen’s lawyer, let’s call him Mr. Thin, to begin, and as he does relevant details emerge. They are as follow.

Two weeks ago Glen was pulled over by Toronto Metro Police on Queen Street after they noticed he was driving with his high beams on. The investigating officers discovered that the woman sitting in the passenger seat was named Martha Taylor. Glen and Martha have a five-year history, a two-year-old daughter, and a very complicated relationship.

In 2010 Glen was charged with threat of bodily harm, after Martha called 911 from her bedroom, in secret. When police arrived, she refused to provide a statement.

In September 2013 a verbal argument between Glen and Martha escalated. Glen is alleged to have hit Martha in the mouth, removing a tooth. The police were called. But when they arrived Martha refused to have her injuries photographed by police. Attending officers charged Glen with aggravated assault. This charge is pending. Glen received bail with two conditions: his mother put up a $5,000 bond, and he agreed to have absolutely no contact with Martha.

So when the cops found Martha in the passenger seat, Glen was charged with breach. He had broken the terms of his parole and was taken directly to jail. Here’s where it gets really interesting. Glen has been in custody for two weeks. Even if he’s convicted on this charge, his jail time probably won’t be much more than time served. However, if he’s denied bail today he’ll remain in custody until his trial for aggravated assault begins. This could be five, even six months from today. Today’s bail trial could result in more jail time for Glen than a conviction on the actual charge against him. I know this is confusing. It is the law.

Two people will speak for Glen’s defence, his mother and his boss. Mr. Thin calls his first witness. It is not Glen’s mother. Glen’s boss, Anthony is in his 40s, slightly plump and wears a well-fitted blue suit.

“Can you give your date of birth?” Mr. Thin asks.

“So you’re here on your birthday?”

“What is your relationship with Glen?”

“He has worked for me six years. He’s my warehouse supervisor.”

“Is he a valued employee?”

“It’s my birthday.” Mr. Thin says. This does seem to say it all.

Anthony, under prompting from Mr. Thin, goes on to explain that he and Glen’s mom have each agreed to put up a $5,000 bond, as well as sharing the burden of being be Glen’s surety—a Surety being a person approved by the court to supervise someone on bail and make sure they do not break any conditions of their release. Mr. Thin’s questioning continues. It is designed to present Glen as a dependable, reliable employee—something Anthony is more than happy to do.

As the questioning continues I get the distinct feeling that Anthony’s business cannot run, or at least would not run smoothly, in Glen’s absence. That Anthony’s testimony may be as much motivated by money as morals. That $5,000 may actually be a small price to pay to keep production dependable and reliable.

Mr. Thin thanks Anthony for his testimony and wishes him happy birthday. Then Mrs. Beige, the Crown attorney, tugs down on her jacket, tucks her blond hair behind her ears and begins her cross.

“Does your wife know that you’re here?” she asks.

“Anything I do in my life she knows about,” Anthony says.

“Do you attend football games, hockey games, go to dinner with Glen?”

“So you’re relationship is pretty well that of employer/employee?”

“That’s how well you know him.”

“Inside the warehouse. Yes.”

“How much are you willing to pay?”

“We’ve both agreed to five thousand.”

“Do you own your own house?”

“Do you have equity in that house?”

“Twenty?” she asks. There is another pause. This one is much longer.

“I would have to consider it,” Anthony says, and Mrs. Beige has no more questions.

Mr. Thin then calls up Glen’s mom who watches her hands as she swears to tell the whole truth. She’s of little help. As the original surety it was under her watch that Glen ended up with Martha in a car on Queen Street. She is already taking care of a mother in ill health and other children.

“This time will be different,” she says.

“Do you own your own home?” she asks.

“I have four thousand in savings.”

“How are you going to to pay the five thousand you put up for this breach? You have already lost more than you have. What are you pleading on top of that?”

As Mr. Thin and Mrs. Beige present their closing statements Glen leans against the wall. He no longer seems nervous. He seems to be the person least nervous in the courtroom. Whether this is because he’s admitted defeat or simply accepted that his fate now rests entirely in someone else’s hands, is unclear.

Justice Murray weighs the evidence. Three or four minutes later she voices her many concerns: the violence of the alleged attack, his criminal record, that there is a long history with the victim. But she also agrees that, should bail not be granted, the time Glen would spend in jail is significant. She literally hums and haws. Then she agrees to grant bail on three conditions: house arrest, no contact with Martha, and $21,000 bail.

“One thousand from the mother,” Justice Murray says. “And twenty from Anthony.”

For a second nobody moves. Then Mr. Thin stands, walks back to the where Anthony sits and kneels beside him. He puts his mouth close to Anthony’s ear and starts to whisper.

“Would you be willing to sign for 20K?” is clearly audible. Then the whispering gets quieter. It continues. Mr. Thin whispers and then Anthony whispers back. After several minutes of this Mr. Thin nods, walks away. He’s almost at the front of the courtroom when Anthony calls him back. There’s more whispering and then Mr. Thin returns to face Judge Murray.

“Yes. That is agreeable,” he says.

It is hard to tell who looks more surprised—Judge Murray or Glen. The courtroom is silent. The silence continues. It is broken when Anthony leans forward, takes out a blue nylon wallet from his back pocket, and fills the courtroom with the sound of ripping Velcro as he opens it up. 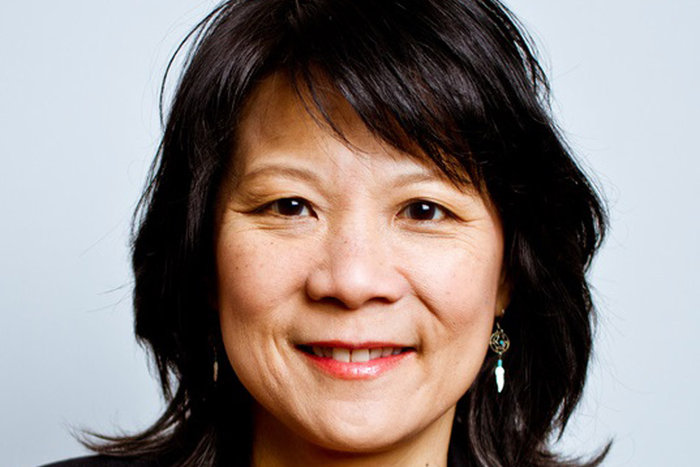 Politics
Toronto’s Phony War Is Over: the Week In Toronto Politics 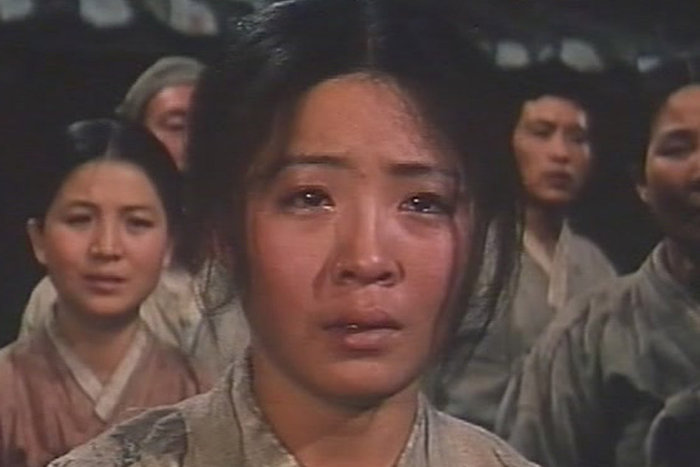 By Reason of Insanity
Mike Mariani
The Surety
Andrew Kaufman