Such A Laugh As One Might Fancy Satan Uttered

Attending “lunatic balls”—public parties held at mental asylums—was once considered a kind of civic duty. What was learned? 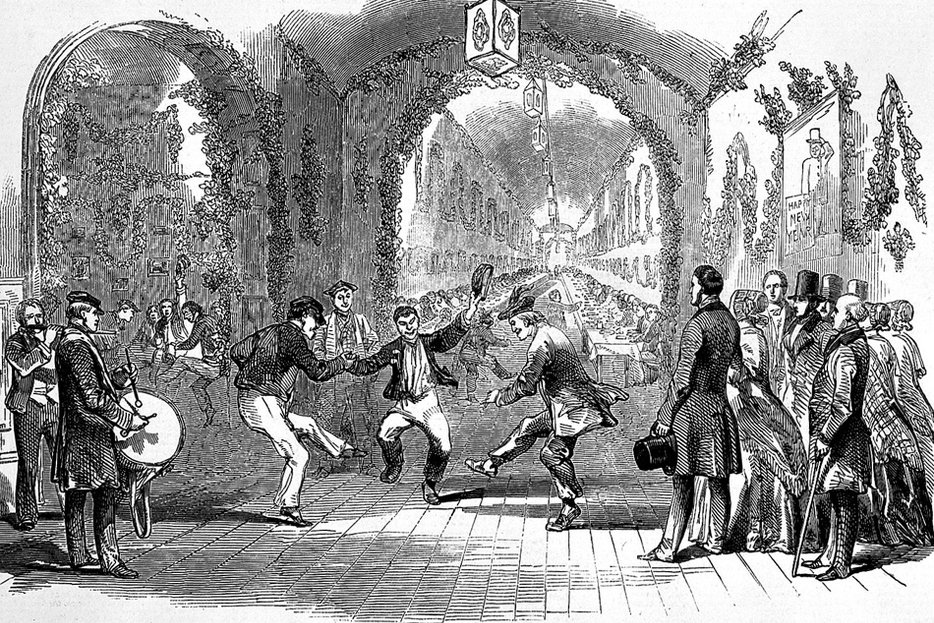 In 1845, an anonymous writer was nervous about going to a party. “The night was somewhat dark, and as the gates of the asylum closed on us, and we drove along the thickly-hedged avenue which leads to the older mansion, a feeling of sadness and of dread could not be suppressed,” he or she wrote. This account, published in the Chambers’s Edinburgh Journal, describes a dance at the Royal Edinburgh Asylum in Morningside, where partygoers could hobnob with the clinically insane. “The instruments were a violin, played by a demented dancing-master, and a violoncello, the performer on which was also a patient… It was indeed an awful sight to look round upon the staring or vacant faces by which we were surrounded.”

Lunatic balls, as they were called, were once popular on both sides of the Atlantic. Toronto held its first in 1847, and while newspapers initially thought the idea was a cruel joke, those who attended surprised themselves by having a pretty good time. The annual ball at the Eastern Lunatic Asylum in Lexington drew the most fashionable of Kentucky’s socialites. In 1868, Colney Hatch, the famous British mental hospital, hosted no fewer than 15 lunatic balls, as well as a summer fête complete with acrobats, conjurors, and a beer tent.

Why go to an asylum if you don’t have to? As Janet Miron writes in her book, Prisons, Asylums, and the Public: Institutional Visiting in the Nineteenth Century, it was all meant to be very high-minded. Tours of prisons and asylums were seen as a civic duty, and those who failed to visit felt guilty: “I must confess with shame, that though I have lived in this city for more than 20 years, I have never entered our jail,” a prominent citizen of Richmond, Virginia told a committee in 1841. Charles Dickens chastised a public that failed to inform itself about the conditions of society’s most vulnerable.

But in reading accounts of these visits, it’s clear that something more visceral drove tourists to pay admission for the privilege of staring into the faces of mad people. Susanna Moodie visited the Toronto Asylum in 1853, and her horror is stronger than her pity. “How dreadful is the laugh of madness!” she wrote. “[S]uch a laugh as one might fancy Satan uttered.” In the anonymous writer’s account of the Morningside ball, fascination competes with terror: “It cost some effort to suppress a rising fear; for, to be enclosed within four walls of with from a hundred and fifty to two hundred lunatics seemed a situation not altogether devoid of peril.”

The danger—and hence the attraction—seems to have come not only from the fear of violence or unpredictability in asylum-dwellers’s behaviour, but from the existential threat of being forced to ponder the blurry distinction between sanity and insanity. Susanna Moodie runs into someone she knows: “though I submitted with good grace to the mad hug she gave me, I am afraid that I trembled not a little in her grasp.” Another inmate draws Moodie aside and whispers, “Are you mad? You see these people; they are all mad—as mad as March hares. Don’t come here if you can help it. It’s all very well at first, and it looks very clean and comfortable; but when the doors are once shut, you can’t get out—no, not if you ask it upon your knees.”

The danger—and hence the attraction—seems to have come not only from the fear of violence or unpredictability in asylum-dwellers’s behaviour, but from the existential threat of being forced to ponder the blurry distinction between sanity and insanity.

To dance with the lunatics is to flirt with the idea of an alternate self, a personality so free of inhibition that constraints are only external—to really let oneself go. Dancing, after all, is a kind of crazy walking; we allow ourselves to be moved by an unseen force. In 1875, the Anglican clergyman Charles Maurice Davies played the fiddle at a lunatic ball at the Hanwell asylum on the outskirts of London. He wrote:

It has been said that if you stop your ears in a ballroom, and then look at the people—reputed sane—skipping about in the new valse or the last galop, you will imagine they must be all lunatics. I did not stop my ears that night, but I opened my eyes and saw hundreds of my fellow-creatures, all with some strange delusions, many with ferocious and vicious propensities, yet all kept in order by a few warders, a handful of girls, and all behaving as decorously as in a real ball-room. And the question which would haunt me all the way home was, which are the sane people, and which the lunatics?

In some sense, the main distinction is the one whispered in Susanna Moodie’s ear—at the end of the ball, some people get to go home. “I am no romantic celebrant of lunacy, no ‘madness is truth’ prophet,” writes historian Barbara Taylor in her new book, The Last Asylum: A Memoir of Madness in Our Times. “[M]adness is a horrible state. To say that it has a creative dimension is not to soft-pedal its miseries.” In 1989, Taylor attended Colney Hatch’s famous summer fête as an inmate. There were the acrobats, and the conjurors, and the refreshment tents (although, at what was by then called Friern Hospital, beer was no longer on offer).

Friern Hospital shut down that year—it was closing down around Taylor during her stay. The charred remains of a ruined wing were visible through her door’s porthole, and the kiln for firing inmates’s pottery was dismantled before the little pot she made could be finished. Her friends visited her, and like Anonymous, they were clutched with sadness and dread on the approach. After a long walk down the endless hallway past the wards, some burst into tears when they finally reached her.

In 2002, Taylor visited Friern again in its new incarnation: a suite of luxury condos. Stopped in the corridor, she listened for any trace of a sound from the building’s past life. Nothing was left; those who considered themselves sane could enter the asylum without ever knowing it. There was no hint in the glossy brochures of what a fellow inmate, a Scottish man named Simon, told Taylor: “The devil is here, down in the cellar. They tried getting him out, but he won’t go. Can’t you hear him down there?”

Culture
Keys Open Doors: The New Pornographers’ Brill Bruisers
The band’s new album is sincerely synthetic, every other instrument kept on its toes by keyboards in pursuit. It’… 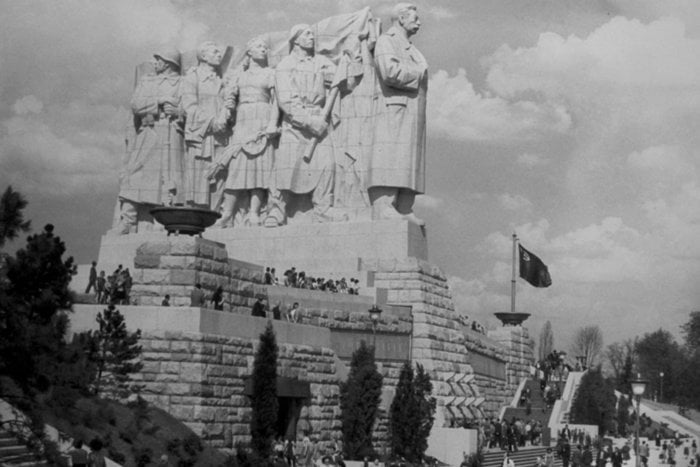 Lost Library
Brutally Absurd
How life in communist Czechoslovakia resembles life, for some, in 21st-century America.