Overheard intimacy pulls the listener into its orbit, insinuating complicity where there is none.

Ruth Saxelby is a writer and editor in Queens, NY. 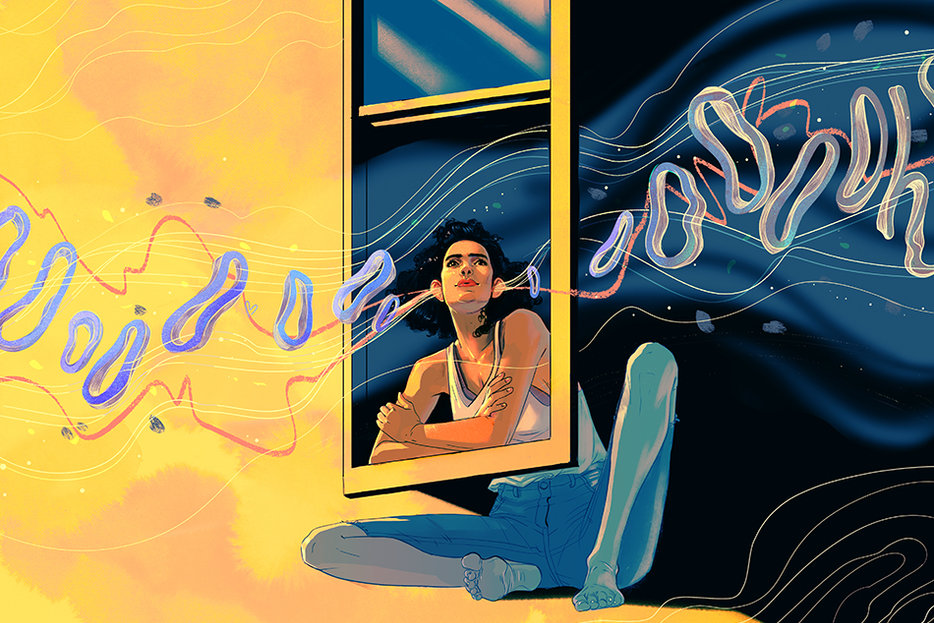 There’s a woman who has very loud orgasms in my apartment block in Berlin. Olympian, operatic, verging on the absurd. It’s hard to tell where the orgasms are coming from because the apartments are stacked around a courtyard, but they keep coming. For the past two months, in the hottest summer on record, (since 1970-something, someone somewhere said) the woman has exhaled euphoria at least three times a day. I wake up to her morning release, have a cup of tea around the same time as her afternoon delight, and smoke to an orgasmic soundtrack every evening.

We all have our windows open, you see. There’s no air-conditioning, so it’s the courtyard’s job to provide cool, shaded air, and allow any built-up heat an escape route. It’s on those swirling molecules that the woman’s voice is carried, bouncing around the block and into kitchens and bathrooms and living rooms and bedrooms. Sometimes one of the neighbours replies with an angry shout or a mocking moan. If the woman registers it, she gives no indication, save for occasionally getting louder.

It’s hard not to think about the woman. Her days and nights bleed into mine. Her performance turns me into the audience. Is that why she does it? Maybe she doesn’t know anyone’s listening—too caught up in the moment or hard of hearing. She might be a sex worker. A terminally ill patient going out with a bang. Or maybe she’s just having plain old fun. It’s hard not to think about what thinking about someone else’s pleasure means. Is this my internalized misogyny flaring up? Trying to define the woman by her sexuality?

I like hearing her. It makes me smile, especially when she turns up the volume after a slammed window. I imagine that she doesn’t give a shit what anyone thinks, and then I think about what that must feel like. I have an idea because when people glance at me in the courtyard, I can tell they’re wondering if I am the woman. I know because I look at every woman like it’s her, too.

Overheard intimacy pulls the listener into its orbit, insinuating complicity where there is none. Any contextless sound asks something of the imagination—What was that? Is someone outside?—but eavesdropping on a stranger’s pleasure forces the self into frame.

Over 60 windows looked out onto that courtyard, the white plastic kind that swivel on their hinges to offer two ways of opening. My sublet was a fifth-floor walk-up off Kottbusser Damm, not far from the canal with its self-possessed swans. In summer 2018, during an extended visit for work and play, I opened those windows as wide as they would go every day. It was too hot not to. But looking out the window wasn’t as exciting as listening through it. White walls, white windows, the angle too steep to allow much of a peek into anyone’s apartment on the floors below. The advantage of being on the top floor was that the view included a red-tiled roof, above which a slice of blue-if-you’re-lucky sky beckoned. The disadvantage announced itself when my partner sprained his ankle and ended up needing crutches. Somehow, he pulled himself up five floors of stairs after it happened, but he didn’t go back down for over a week.

The extra time inside gave me the opportunity to think about my mystery neighbour more than was necessary or polite. My partner was the immobile one, but I was Jimmy Stewart in Rear Window, building an ever-evolving narrative from scraps.

In the 1954 Hitchcock film, the combination of a broken leg and a heatwave lands Stewart’s character, Jeff, in the position of neighbourhood voyeur. To be fair, he had something of a head start in that regard. The walls of his apartment are adorned with money shots from his career as a reportage photographer: a car crash, an explosion, people in distress. On a phone call with his editor about a potential assignment to war-torn Kashmir, he says excitedly: “Didn’t I tell you that was the next place to watch?”

In lieu of a tragic landscape to shoot, Jeff takes aim at his neighbours instead. While not so crass as to actually get them on film, he tracks their every move—night and day—building a picture of them in his head. The men he makes out more clearly; his morbid hunch about one of them turns out to be dead on. The way Jeff sees the women in his vicinity, however, reduces them to a snapshot. He calls the ballet dancer that lives across from his top-floor apartment “Miss Torso,” his razor-sharp gaze severing her from her craft and character. On the ground floor, an older woman who lives alone is nicknamed Miss Lonelyhearts and viewed with pity, her apparent struggle with depression reduced to her lack of a husband.

I never knowingly saw the woman in Berlin, but that didn’t stop me making a fiction of her, too. In my mind, she became a symbol of ferocious sexuality, of untouchable confidence, of never giving a fuck. A one-dimensional render made up entirely of an expression of pleasure. A portrait that says everything about me and my aspirations and next to nothing about the person I overheard.

Seeing is a form of storytelling. The seer imprints the seen with their own perspective and assumes all manner of things by way of privilege and prejudice. The same can be said of hearing or overhearing. The position of storyteller is intoxicating. Sometimes it’s possible to forget that storytelling, like glass, goes both ways.

Windows became magnetic at the beginning of the pandemic, an excuse to go full curtain twitcher. Like Jeff in Rear Window, my New York apartment—in Queens, not a made-up bit of Greenwich Village—looks out onto a patchwork of small fenced yards. Unlike Hitchcock’s expensive Hollywood set, however, they are for the most part empty and uncared for. Hardly anyone who lives in the cluster of railroad apartments and residential blocks seems to have access to the outdoor space. There’s a stark little plot outside my kitchen window, but it’s not for tenant use. A note in the hallway instructs: “Don’t feed the stray cats because they’re ruining my garden!” (Once the first wave is over, the landlord and his wife turn over the soil and plant vegetables.) There’s one ground-floor apartment way in the back that opens directly onto a small patio garden. In the first couple of weeks of quarantine, the only person I saw out the window spent days clearing years of overgrowth to make way for a barbecue grill.

What I see more of is wildlife. A squirrel making a highway of the fences. A family of stray cats who love to lay in sun-warmed soil. An opossum, at three in the morning, feasting on leftovers next door had thrown out for the cats. I didn’t know there were opossums in New York. I spotted it when I was leaning out the window, perfuming the night air. I’m very grateful to have a bit of space to breathe in. Witnessing the arrival of spring through that window lifted my spirits on several occasions.

While I rarely see people out the window, I hear them. The excited squeal of a child. A snippet of a testy phone call. Someone going on about something to someone. Voices of people I don’t know and have likely never seen—I moved into the apartment a couple of months before lockdown—but that doesn’t stop me imagining families, scenarios, relationship dynamics. Living in close proximity to other people in a city requires a level of denial. I hear other people, but sometimes—usually during sex or an argument—I forget I can also be heard. Then I remember and I wonder what stories people are telling themselves about me.

The truth of Rear Window is that an unwavering gaze turns a window into a screen; a screen upon which drama is projected, complete with typecasting and plot holes. If it was set today, it’s unlikely Jeff would spend so much time making a screen of his window. He’d be glued to his laptop instead.

Windows are screens and screens are windows.

The most startling moment of the film comes when Jeff is caught in the act of looking. Being seen upends the power dynamic. Likewise, looking into the homes of friends and colleagues during video calls evens the playing field to the point of paralysis. When I’m on  camera, the awkwardness of being watched trains my eye to my own image in the corner of the screen. What is my hair doing? Why did it freeze when I was pulling that face? Who even is this person? What is she doing with her life? There is as much subconscious storytelling involved in looking through a screen as a window. It’s just that the stories directly refract the self rather than bouncing off other people first.

When I re-watched Rear Window recently, it made me think about overhearing the orgasmic person in Berlin again. How we shared space but all I know about them is my own projection. Isn’t that the way most detective stories go? What the film illuminated about ways of seeing and not seeing, however, went beyond the script. How the dynamics of the window frame hide as much as they highlight. That a carefree gaze often comes with an attempt to fix. And how much of a leap it would take to see someone on their own terms or a situation as it really is. As a million things at once and constantly in flux.

Ruth Saxelby is a writer and editor in Queens, NY. 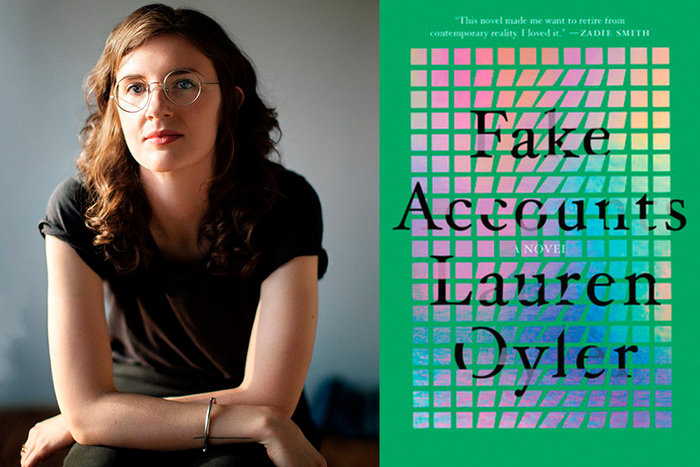 Interview
‘Fantasies of Being Found Out’: An Interview with Lauren Oyler
Talking to the author of Fake Accounts about writing for magazines versus writing a novel, leaning too heavily on… 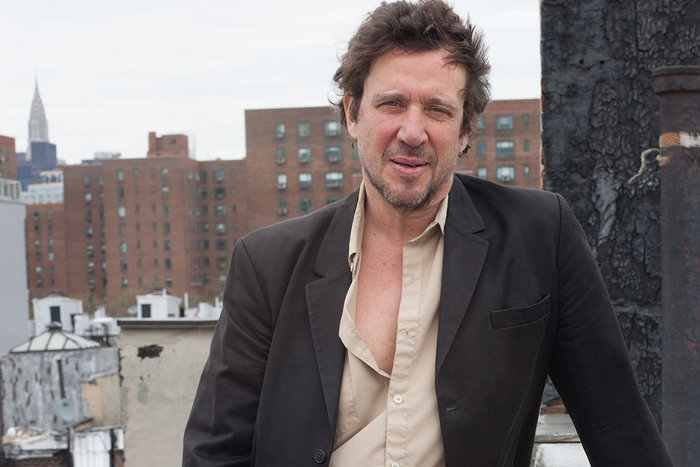