‘A Story Hollywood Can’t Stop Telling About Itself’: An Interview with Karina Longworth

The host of the film podcast You Must Remember This on Howard Hughes, A Star is Born, and capitalism. 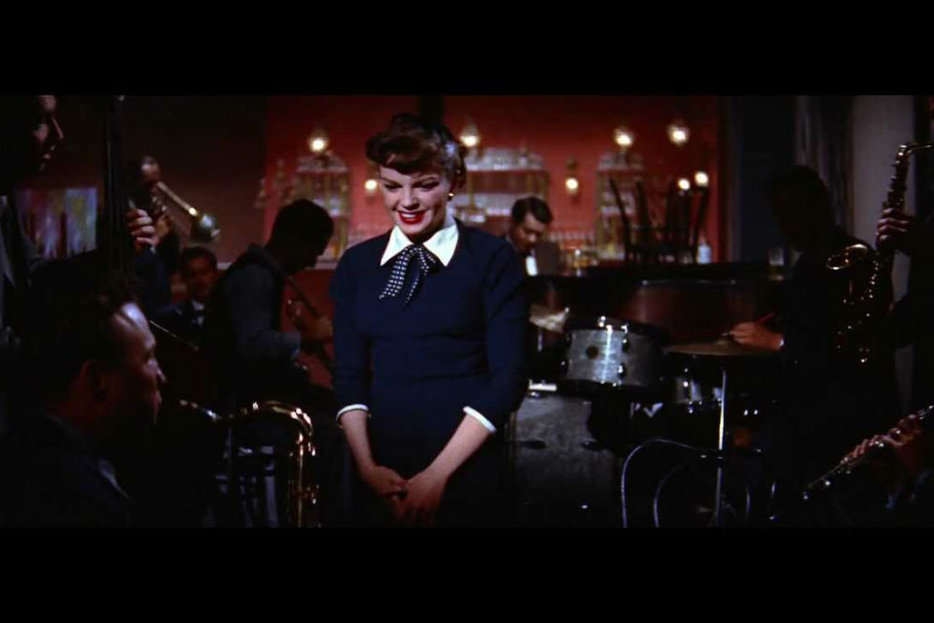 Can sound—and just sound—be cinematic? I would have told you no, had you asked me before I listened to Karina Longworth’s podcast You Must Remember This. That’s probably because the cinematic has always been wedded to the image in my mind, and the film camera has always been the mechanism for rendering our warped and complex interior worlds. It’s no minor historical footnote that cinema emerged in tandem with the disarming arrival of psychoanalysis; all those achey desires, all that longing, all those disappointments projected onto the screen like a secret hidden in plain view. But what Longworth has been able to create by way of her podcast is a divulging of the secrets of Hollywood’s first century without, for all that, using a single image.

Longworth is the singular life-force behind You Must Remember This, the dynamic, dramatic, and impeccably researched podcast that she began in 2014. From Buster Keaton, to Barbara Streisand, to Theda Bara (who? Exactly), to a twelve-part series on Charles Manson’s Hollywood and those swept into his peculiarly alluring orbit, the old-world feel of the program might make you wish you could drink bourbon with its host and listen to her various starlet impressions. (It will also render your degree in cinema studies close to obsolete, but in a way that absolves you of feeling badly about it.)

Over email, prior to our virtual tête-à-tête, I had asked Longworth to assign me a movie to watch. What film, I wanted to know, best captures the spirit of your podcast? What movie from Hollywood’s first century do you think is most prescient for our contemporary moment? I felt Longworth bristle at the word “prescient” in her response but her reply was definitive: “I think the movie that underlines the whole podcast is A Star is Born—both the 1937 and 1954 versions, but the latter is my favorite.”

And so, it was a cold, bright morning on the internet when I G-chatted with the film historian and Hollywood expert. Our conversation went a little something like this:

Julia Cooper: I watched the 1954 version of A Star is Born, which I had never seen. I loved it, for the most part. For instance, when Esther gets made up like an Oompa Loompa—that is classic comedy. I was wondering if you could tell me why it is this film that captures the spirit of your podcast?

Karina Longworth:  I’ve always been fascinated with the idea of the “a star is born” story as it manifests itself in those movies and many other Hollywood films about Hollywood, as the myth about itself that Hollywood loves to tell. The idea that there is only so much room in this galaxy of stars, and that for a new person to make it into the top echelon, someone else has to die. It’s the Hollywood version of Greek tragedy, and because it’s Hollywood, it’s a little bit shallow, a little bit silly, but it’s also undeniably about the most basic human stuff: the need for recognition and love, self-destruction and survival.

I like this idea that it’s a story Hollywood can’t stop telling about itself. I just find this story repeating on screen and off, and in a sense, the podcast, which is about the mythology surrounding the film industry as much as it’s about the films or the people themselves, is also perpetuating this structuring myth.

You think the podcast perpetuates the myth too? That’s funny—I think of it as deconstructing it more than anything…

Yes, while trying to take apart various Hollywood myths, I still consciously use the tropes of Hollywood movies to tell stories, particularly the rise and fall.

Ah, I see. Yes—I like that you keep some of the drama and intrigue alive in the storytelling. That’s what sets the podcast apart, in my mind. I think not having interviews contributes to that in a lot of ways: was it a conscious choice to not do an interview-style podcast?

I have done some interviews on the show. Usually I’ll include an interview when I feel like there’s a person who can tell a part of the story better than I can. But in general the idea was to try to create a format in which to share heavily researched analysis of Hollywood history that was accessible to regular people, and I figured one way to do that would be to make a podcast that felt cinematic. When I started the show, the only film podcasts I knew of were talk show or debate style shows, and I wanted to see if I could make something a little more personal and a little more dramatic

I want to ask you more about how the show gets made, but first, I have another question about A Star is Born. Was it common in that era to use voice-overs and still photographs, like what happens in a few of the film’s sequences? Was it to save money on filming? I found it wacky.

That is not how the film was originally. The original cut of the film, approved by director George Cukor and released by Warner Brothers, was about three hours long and it was released roadshow style with a big extravaganza at Radio City Music hall. It had been very expensive to make. I think the production budget was $4 million, which was a lot for the time—and in its first week in release, the studio didn’t feel like it was making money fast enough. So without the director’s input or knowledge, the studio pulled the movie from release, almost randomly cut out about 40 minutes, and then put the movie back into theater.

Amazing! The film is still 2.5 hours! I would have trimmed some of the dance sequences.

The cut material was lost for almost 30 years. In the early 1980s, a guy named Ronald Haver, who ran the film department at the Los Angeles County Museum of Art, led an effort to restore the film and find the missing footage. They weren’t able to find everything that was cut, but they were able to find a complete version of the original soundtrack. So they were able to reconstruct the missing scenes using still photographs.

The “efficiencies” that capitalism demands seems to undergird so many of the stories you tell.

It’s frustrating to me that this is not more widely known—I feel like if people were still watching movies on DVD, it would say something about the reconstruction on the box, maybe. But I know a lot of people watch the movie and get to that part of the film and are like, “What is going on?”

As it stands now, it seems like a poor reflection on Cukor.

I don’t think so, I still think the movie as a whole is incredibly effective. But I saw it for the first time in art school, where I saw a lot of stuff that took formal left turns, and I also knew the backstory so I was primed to accept it.

I’ve been wondering how long it takes you to research and write an episode, it seems like an incredible amount of work.

It is! It depends on the episode. For the series I’m working on now on the blacklist, I started doing general research last fall. I stumbled on a bunch of relevant files at the Writers Guild of America, where I was looking for some documents related to a book that I’m writing. So the first reading I did for this series happened in September, and I wasn’t ready to produce an episode until January. Then each individual episode builds off the initial research, but then usually also requires a week or two of new reading too. Once I’ve done all the reading, the writing goes quick—I can usually write an episode in 1-2 days.

That is sort of stunning to me. Like, in a ‘bravo!’ sort of way.

Oh, thanks. It’s starting to really wear on me, I need to figure out how to outsource more of the research, I think.

That’s my next question. Do you work alone, or have you grown a team? And also, more broadly, I suppose, what do you see as the future of the podcast?

Right now I have a research and production assistant who works part-time, doing a lot of administrative and social media stuff and some reading. And through Panoply, the network that distributes the show and sells ads, I have a producer/editor who takes the audio I record and puts the show together, adding music, film clips, etc. That’s a big change from how the show began. I edited every episode myself until last September. It was so time consuming that I just couldn’t do anything else, so when I sold a book last summer I had to start figuring out ways to pass some of the work onto someone else.

The question about the future of the show is sort of too big to answer. I can’t really see the future beyond the series I’m working on at the moment because it’s so consuming, but I am trying to figure out a way to take some more of the work off of my plate so that I can finish the book I’m supposed to be writing and start thinking about other projects. I’m very lucky that the show is popular, but that also puts more pressure on me to make more episodes and continue making them even when I feel burned out, and that’s a problem that I need to solve.

Burnout is real. May I ask what the new book is about?

The official synopsis is that it’s an examination of the American film industry during the classical Hollywood era—basically the late silent era through the fall of the studio system in the 1950s— through the lens of Howard Hughes and the famous women in his life. It’s sort of “really” about what it was like to be a woman in Hollywood between 1925 and 1957.

Is Hughes the smoke screen for the story you really want to tell?

I don’t know that I would say “smoke screen.” His time and work in Hollywood structures the book and provides an in to talk about both superstars like Ava Gardner and Katharine Hepburn as well as people who are lesser-known today but more interesting to me, like Billie Dove and Jean Peters.

So he is the structuring principle that allows you to talk about lots of different superstars who it might not otherwise make sense to talk about all at once? I guess the veiled question in that is: why not just write a book about women?

Yes, but the book is about him, too. I’m still really early into the writing process so I don’t totally have my pitch down, but Hughes’s function in Hollywood is an important part of the story, and not just because it ties together the various women. That’s all I can really say at this point! 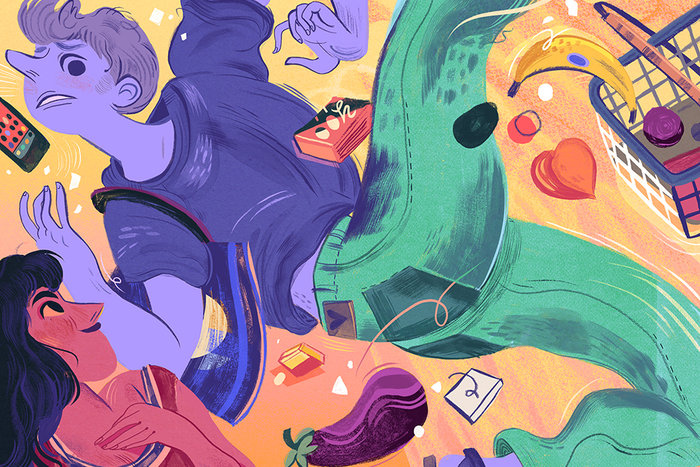 Fiction
Kathleen
He’d been so embarrassed they’d had to stop. It had been a few days before he felt ready for sex again. 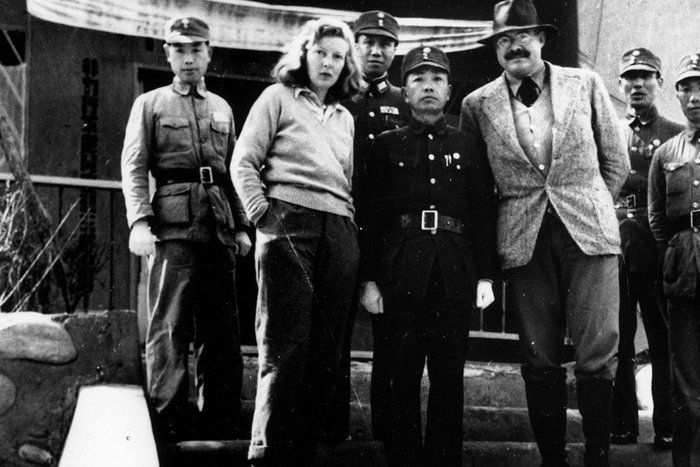