Resurrecting the Dead, or, Writing about Family

Wayne Grady grapples with the sometimes outlandish demands of his dead relatives, who metamorphose from real people into fictional characters once he begins to write their story.

Wayne Grady is the author of 14 books, mostly of science, nature and travel, as well as a... 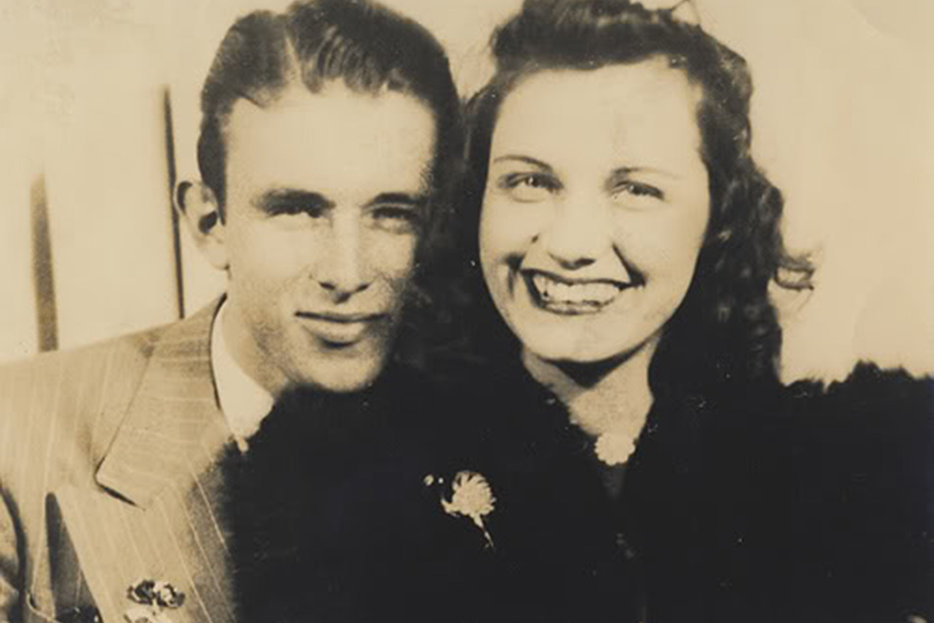 My current work-in-progress rebelled after about ten drafts. It had started out as a work of creative nonfiction – a book about my parents, along the lines of Michael Ondaatje’s Running in the Family, which he calls “not a history but a portrait, or ‘gesture.’” I was going to call mine a “fictional memoir.” But after I had assembled all the characters (my parents), chosen a starting point (1943), and set a few actions in motion (the Second World War, their marriage), the book changed its mind. It didn’t want to be nonfiction at all. It wouldn’t be confined to what my parents had actually said and done, it had already been there and done that. It wanted to be free, it wanted to explore new possibilities, new motivations, even new territories. It wanted, it said, to be a novel.

I remonstrated. It was adamant. Even as I forged ahead, it kept sending in new characters who sat down and insisted I give them something to say. Then some of the old characters started doing things I knew they hadn’t done. What was going on here?

We’re a novel, they said.

All right, I said, you’re a novel.

My parents hadn’t been all that happy about being in a work of nonfiction, anyway, so they were okay with the change. Plus, they were dead, which helped. If you’re going to write about family members, it’s best if they’re dead. The dead can’t thank you, which they probably wouldn’t do anyway, but neither can they refuse to speak to you ever again, or, worse, shriek at you at parties. The dead are static, easier to get a fix on, easier to talk to. As Steve Heighton puts it, “the dead are more visible,” especially if you live beside a cemetery, which is what my nonfiction book had turned into.

For a writer of fiction, however, dead people pose a problem.

“Dead people are situated outside of time,” writes Margaret Atwood in Negotiating with the Dead, “whereas living people are still immersed in it.”

I wanted my novel to be immersed in time, and so I needed living people in it, not dead people. There are two ways to get living people: you can bring dead people back to life, or you can make new ones. The former is harder, but at least you know what you’re getting; making new people involves more risk, but it’s also a lot more fun.

That turned out to be too much moving around for them.

Why move us to Halifax? they demanded to know. What purpose does it serve? It isn’t plausible.

Plausible? I said. It has to be plausible. It happened.

It didn’t happen to us, my characters said. It happened to your parents. And this isn’t your parents’ story any more.

Well, how did you get from St. John’s to Windsor? I asked them.

We took a train.

Look, what are you writing, The History of VIA Rail?

Like Peter Cook’s miner, I sought solace in the printed word. According to Bill Roorbach, the author of Writing Life Stories, about writing creative nonfiction, “characters in nonfiction present special problems: while characters in fiction are often based on real people, there’s still that screen, that safety net, that legal loophole…. In nonfiction, by contrast, the writer is telling the reader: These people I’m bringing to you are real.”

So, real people don’t belong in works of fiction. Fictional characters can be based on real people, but they can’t be real themselves.

But here’s Vincent Lam on his novel, The Headmaster’s Wager:

“The protagonist, Percival Chen, shares many characteristics with my grandfather… Qualities in Percival are inspired by my grandfather. I choose that word carefully—inspired. The book is a work of fiction, it is not “based upon” my grandfather’s life. It does not memorialize him or reconstruct his actions or memories. Instead, it picks up on a thread of his life, and an era he experienced.”

Not based on, then, but inspired by; not resurrected dead people, but new people. In my rebellious novel, as long as, in my mind, the characters Jack and Vivian were based on my parents, I was still writing nonfiction. I was writing about dead people. It wasn’t until I’d learned to untether them from my parents’ real lives that Jack and Vivian began to come into their own as living characters.

For example, I was angry with my father for a lot of reasons when I began writing the book, and my anger showed in the way I portrayed him: I included in Jack’s character only those parts of my father that had made me angry. What I had to learn was to show those parts of Jack that were lovable, so that readers could understand why Vivian falls in love with him in 1943. Seems simple, doesn’t it? It took me about five drafts.

Vincent Lam went through the same struggle. “The whole book,” he says, “was initially composed of events that happened to my grandfather. Now, almost nothing significant that happens in the book comes from my grandfather’s life. That’s how far I had to go from the real life of my grandfather.”

“Writers sometimes get trapped into recreating their version of real people on the page,” says Nita Pronovost, my editor (and Vincent Lam’s) at Doubleday Canada. Nita has a knack for putting her finger directly on a sore spot in a book and pressing down until finger meets bone. “And the author’s own emotions about the real people actually prevent the characters from behaving in a natural way. The reader becomes aware of the strings on the puppet.”

She’s right, Jack and Vivian said. Puppets. You should listen to her.

I should keep my emotions out of my writing?

“An author who is using a true person as a starting point,” Nita continues, “should allow them to do things outside of whatever happened in real life, to let the character actually have some traits that the real-life person did not have. It can be very freeing.”

So I tried that. I wrote: “Mary Parsons was right, he looked so much like Frank Sinatra it took your breath away.”

I had no idea who Mary Parsons was. This was in draft twelve.

Can you make the Hup green? Jack asked. I made it green. I was getting there. This was draft sixteen.

“The metamorphosis occurs in the movement from draft to draft,” says Genni Gunn, author of Solitaria, her novel in which Piera, one of the main characters “is very much my aunt’s character, but my aunt didn’t do the things that Piera does in the novel.” Piera, Genni says, “is both my aunt and then she really isn’t. She’s a fictional version of herself.”

This raises an intriguing question. Are fictional characters ever fully severed from their real-life versions? Do they not retain some vestigial aspects of the true people who inspired them? Do the dead continue to communicate with the living?

Of course they do. The dead want something. Usually food, as Margaret Atwood points out, but other things as well. Revenge, justice. “If we could sum up what all of them want, in one word,” Atwood writes, “a word that encompasses life, sacrifice, food and death, that word would be ‘blood.’” Perhaps that’s why writing about relatives is so much stickier than writing about people we hardly know. Vincent Lam didn’t have as much difficulty writing Bloodletting and Other Cures, stories inspired by people he met in the course of his work as an ER doctor, as he did writing The Headmaster’s Wager, possibly because the novel was inspired by a close relative, someone he knew a great deal about, someone to whom he was related by blood.

“Usually,” says Nita, “casual acquaintances are easier to fictionalize because the author has more creative play, more personality to fit in, and less interference from reality.”

In my novel, my parents still hover like ghosts in the characters they inspired. The bones of their story underlie the flesh of the novel. Fiction needs an element of nonfiction, I think, a link between what did happen and what can happen, so that readers can pass freely from one realm to another without leaving the story.

Now you’re catching on, Jack and Vivian say, nodding approvingly. Sort of like travelling from St. John’s to Windsor without getting off the train.

Wayne Grady is the author of 14 books, mostly of science, nature and travel, as well as a translator of fiction from the French. He has been shortlisted for four Governor General Awards (one of which he won), has received three Science-in-Society Awards, a National Outdoor Book Award, and is the recipient of more than a dozen National Magazine Awards. His first novel, Emancipation Day, is being published in July by Doubleday Canada. He teaches Creative Nonfiction in the University of British Columbia’s MFA Program, and lives with his wife, novelist Merilyn Simonds, near Kingston, Ontario. 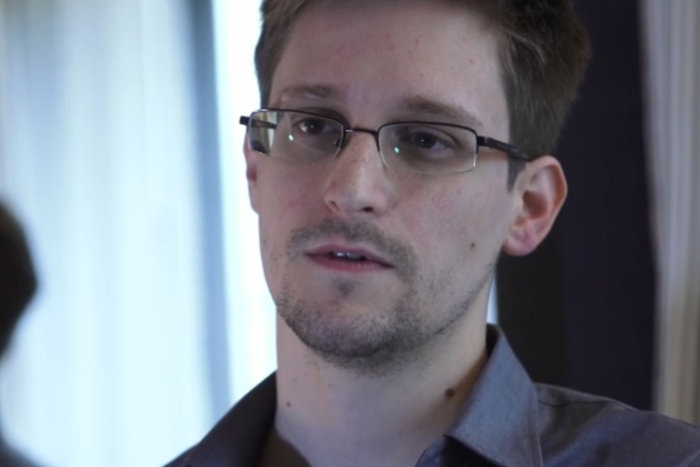 Politics
Edward Snowden, Get Ready For Your Closeup 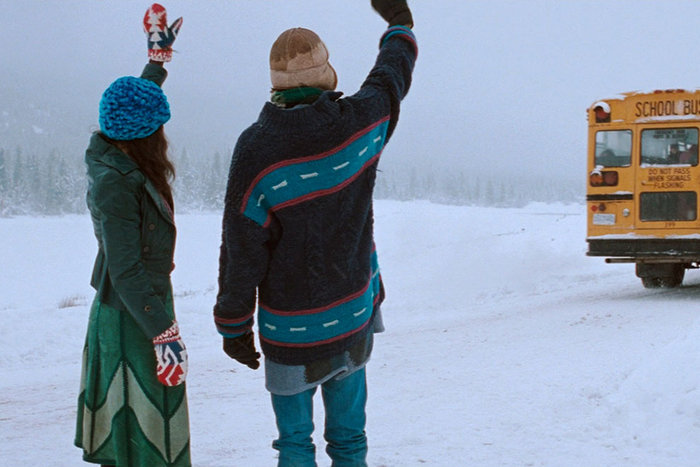 Tangent
The Closure Delusion
When terrible things happen, we like to believe that our suffering has an endpoint. But within the psychiatric…