“Snag Beach” would make a great name for an Indigenous dating site—swipe right to check attached genealogical records to see if your match is also your cousin.

Eden Robinson
“I was born on the same day as Edgar Allan Poe and Dolly Parton: January 19. I am absolutely certain that this... 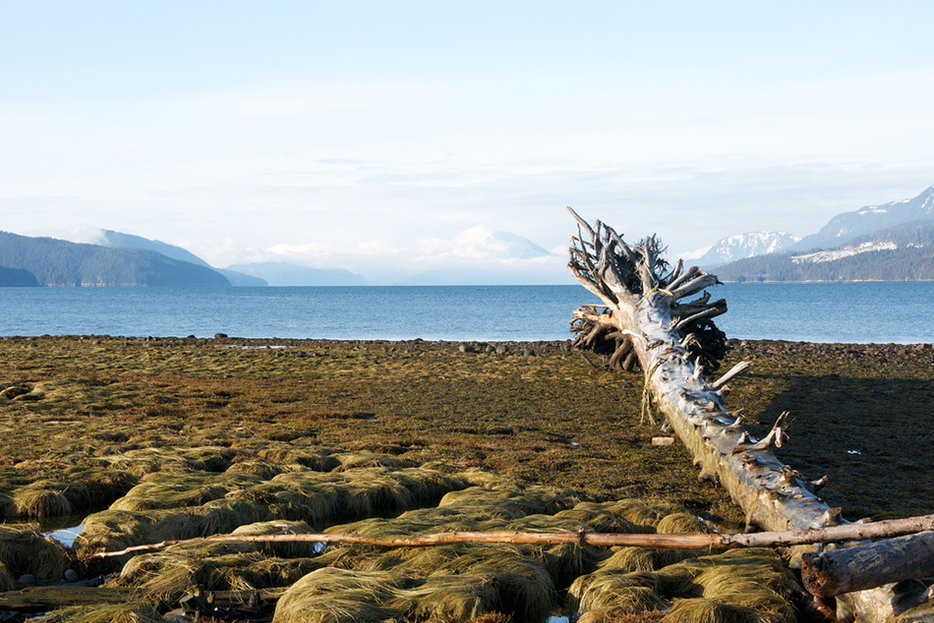 If you like me, why bring flowers? Dead plants you can’t eat or dry into tea. Bring me totes of salmon so fresh their blood smells like the sea, brined seal, shucked cockles, moose roasts. My loving gestures include gifts of wool work socks and value packs of cotton underwear. Also, jam.

I know that romance sells and I would romanticize the hell out of my Indigenous culture if I had a romantic bone in my body. Even my clan is unromantic, the ever practical Beaver clan, who are best known for their hard work and cranky disposition. I’m involved in three clan feuds with my various extended families. I didn’t start the feuds; I won’t end them. My job is to pick a side or have everyone involved hate me. You’re here, my family reminds me, to chew the leather.

I come from potlatching cultures. We hold feasts in the sacred season, the dead of winter. Contrary to popular beliefs, we don’t give away our goods willy-nilly. We redistribute them to the people who bear witness. We validate our claims publicly and your job, as a witness, is to remember accurately and repeat honestly. You tell the truth. We’re matrilineal, which means I should be Eagle clan, but I was adopted into my father’s clan, the Beaver Clan (or, more accurately, the Two Beavers Sharing at the Tree of Life Clan). I have a name but haven’t thrown a potlatch yet; I don’t have the rank to throw a potlatch. I have to attach my business to someone else’s. My name is good, but not that noble. Think Fergie rather than Diana.

A part of my duty as a clan member is to help prepare the feasts. I’m continually busted down from potato to carrot peeler during feast preps because of tardy work. When I first moved back home, this stung, to be peeling at the table with the ten- and twelve-year olds. Women my age are usually put in charge of the soup pots for the feasts, a position of heavy responsibility. I have burnt soup. It is possible. Simply sit at your desk and type an op-ed no one’s asking for and forget that you’re cooking until the smoke alarm goes off.

My mother is Heiltsuk from Waglisla and my father is Haisla from Ci’mot’sa, both small First Nations reserves hugging the rugged shores of the northwest coast of British Columbia. I live an hour and half drive from the Alaska panhandle, on the main Haisla reserve, a small plot of land between towering coastal mountains and the ocean. Alternately called the Kitamaat Mission, Kitamaat Village or just The Village, our traditional name for this place, Ci’mot’sa, means “snag beach.” The Kitimat River washes down tree stumps from the temperate rain forest and they gather on our waterfront, Cthulhu-shaped roots that wander with the tide. In pow wow culture, to “snag” is slang for “hook up.” I think “Snag Beach” would make a great name for an Indigenous dating site where my profile would probably run something like:

Eden Robinson, 49, matriarchal tendencies. Doesn’t have a pressure cooker, but knows how to jar salmon. Her smoked salmon will not likely kill you. Hobbies: Shopping for the Apocalypse, using vocabulary as a weapon, nominating cousins to council while they’re out of town, chair yoga, looking up possible diseases or syndromes on the interwebs, perfecting gluten-free bannock and playing Mah-jong. Swipe right to check attached genealogical records to see if she’s your cousin.

The only blind date I ever went on was in my twenties. I lived in East Van at the time, two blocks from my gran. She was excited, more excited than me, about the possibility I could be “marrying back” into her Heiltsuk community. She knew my date’s family, their history, how they’d performed in the All-Native Basketball tournament over the years. He picked me up and we had an awkward dinner. Neither of us had dessert. Thirty seconds after I opened my door, Gran phoned, wanting to know how things had gone and where he was taking me on our second date. I said I didn’t think there’d be a second date; we hadn’t sparked. There was no chemistry.

Dating on the coast requires extreme vetting. When I was living in Victoria, I’d had a few dates with a man who thought I was hilarious and cute. He laughed and laughed and I marvelled at how much he sounded like my uncle So-and-so.

As we began to connect the dots, we both realized he was a first cousin, through a relationship my uncle had had when he was a teen.

Note to self: the first question we ask cute Native dudes is not just who’s your mother, but who’re your parents?

And for those of you reading this who were taken out of your communities, who were adopted out, and now find yourself on the outside, we know this awkward dance between longing for connection and being afraid of disappointment or rejection. All the news you hear, all the stories about how broken we are, how damaged—it’s true and it’s not true. Yes, we have our troubles. But when you come home, you’ll find us unafraid of your complexity. We get real fast. I will tell you about my inflammatory bowel disorder or my struggles with chronic depression at the drop of a hat. Any rez I’ve been, any urban centre, any gathering, the fronting is limited. The bullshit gets called, the teasing can be rough, but we’re ready to tell stories long into the night and laugh, and sing, and dance. We’re messy, but fun.

Eden Robinson’s latest novel, Son of a Trickster, comes out in Canada in February. Her most famous one, Monkey Beach, is in its 26th printing in paperback.

Eden Robinson
“I was born on the same day as Edgar Allan Poe and Dolly Parton: January 19. 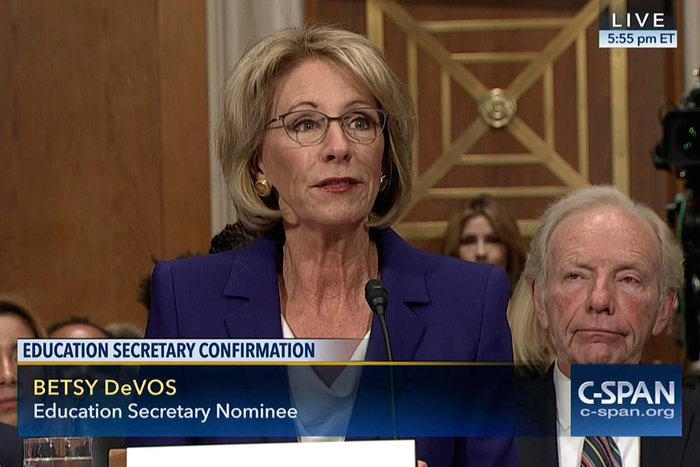 Religion
Heavens to Betsy
The DeVos family believes “patriotism and politics are inseparable from Christianity.” I grew up in the same church as… 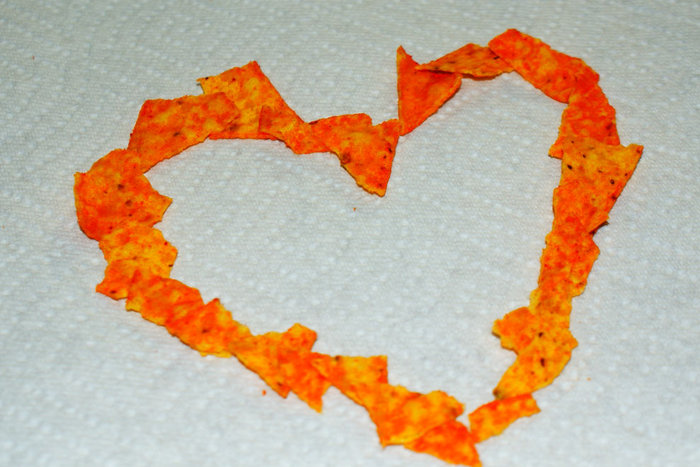 Indefensible
In Praise of Stupid Song Lyrics
Stupid lyrics are good for you. Bad lyrics are just bad.

'Where Do You Put That Anger When the Person is Gone?': An Interview with Danielle Geller
Samantha Edwards
The Year in Video Gaming
Joshua Whitehead