With the Conservative government so determined to push through the approval of new oil pipelines, and the country’s fragmented political landscape much in their favour, an environmental campaigner wonders if it’s possible to mount an effective opposition in time to stop them.

A few weeks ago I woke up to a story in the newspapers that reported the Conservative government had instructed the National Energy Board it must finish its environmental assessment of the Enbridge Northern Gateway pipeline by an arbitrary deadline of December 13, 2013. It added that rather than simply refuse the project on environmental grounds, the board must instead make recommendations that would allow it to go forward.

Earlier this year, the NEB had already been told that it could not consider in its review mandate the climate impacts of the oil sands expansion that the pipeline would facilitate. Nor could it consider current impacts of the oil sands, such as the toxic effluents building up in Alberta’s open pits and now leaking as much as 11 million litres a day into the Athabasca River. Or the health impacts downstream on First Nations communities that are now struggling with rare cancers.

Here we have a project being reviewed by a supposedly arms-length body (the NEB) that secret government strategy documents leaked earlier this year show is considered an “ally” by the Feds—while First Nations leaders and environmentalists were designated as “adversaries.” The NEB is not allowed to refuse the project on environmental grounds but must figure out how to mitigate all concerns. But what if those concerns can’t be “mitigated” by thicker pipeline walls, or a new route? At a time when even conservative bodies like the International Energy Agency warn that we must reduce our dependence on fossil fuels or risk catastrophic climate change with dire economic consequences, what does “mitigation” even mean when we’re massively expanding our fossil fuel infrastructure? That’s like telling our kids we are okay with them smoking as long as its organic tobacco. It may sound greener but it will still kill you.

When every government and industry report warns that it’s not a question of “if” there is an oil spill but when 11July 2010: an Enbridge pipeline leaked over 843,000 gallons of oil into Michigan’s Kalamazoo River, making it the costliest on-shore oil spill in U.S. history. July 2012: another Enbridge pipeline spills an estimated 1,000 barrels of oil into a Wisconsin field. June 7, 2012: a pipeline breach near Sundre, Alberta, releases approximately 480,000 litres of crude oil into the Red Deer River. There have been about 16,000 oil spills in Alberta since 1990. what sort of recommendations can the NEB really make? Revenue sharing or more liability? Really? Is it okay by you for someone to beat up your kids as long as they pay the emergency room bills?

Earlier this year, in open letters, musings in media scrums, and speeches across the country, members of the government called citizens voicing concerns about the Gateway project “foreign funded radical extremists.” A few Tory senators went so far as to suggest that the definition of domestic terrorism be revised to include environmentalism. And that was just before they passed an omnibus bill, unprecedented in scope, which included 200 pages of measures weakening every major piece of environmental legislation Canada has passed in the last 20 years.

The blatant favoritism, the complete disdain for public engagement and due process, and the urgency with which this government is pimping for pipelines has even me surprised. For years many of us suspected this government didn’t care about climate change, the environment, or transparency. This despite our prime minister in 2009 calling climate change “the greatest challenge humanity has ever faced”; then again we never forgot that a couple of years before that he called the Kyoto Protocol “a socialist scheme to suck money out of developed countries.” But I never expected his government to come at us with teeth bared, sparing not an ounce of diplomacy or compromise, or concern even for optics.

As an organizer, there’s a troubling conundrum. What to do about the disconnect between polls showing the majority of Canadians want clean energy, and have serious concerns about the export of oil and gas, and the fact that the Harper government clearly believes there will be no negative consequences from their anti-environmental juggernaut and blatant hustling for Big Oil? There was a time we could hang our hats on the notion that folks just didn’t realize how exclusive were the benefits of the Tory economic plan, or that those with environmental values might be placated by promises from yesteryear that the Tories would be “tough on polluters.”

And now? NDP leader Thomas Mulcair and others are singing from the rooftops that this lopsided economic agenda in favour of Big Oil is hurting other industries, specifically the manufacturing base in Ontario and Quebec, thanks to inflationary pressures on the dollar. Vancouver mayor Gregor Robertson and hundreds of First Nations leaders are pointing out everyday the costs and risks associated with new pipelines. Meanwhile, the government responds only with ridicule, if it responds at all. Can anyone still believe this government has Canadians’ best interests at heart?

It’s plain that the Tories are designing policy to benefit Big Oil first and foremost. They believe that while there will be some casualties from this aggressive rewiring of our economy, the gush of oil money will lift enough boats—and critically, it will lift the Right Boats. Literally. They are also banking on the fact that three years from now, when Canadians go back to the polls, their formidable campaign machine, the right wing echo chamber they are building, and their disciplined message control will overcome the cacophony of multiple messages from the left. If not, then the Liberals, NDP and Greens splitting the progressive vote will take care of the rest.

The job of those horrified by the way this government is re-writing the fabric of the nation over the next two years is complex. How do we unify the concerns of progressive voters, and make clear to the majority of Canadians that this government does not share their values and is threatening our children’s future? Can we build an organizational base capable of motivating constituents in key ridings to vote strategically in the next election? Some dream of uniting two or even three of the opposition parties in common cause. But having often butt up against the intense partisanship that’s in the nature of all three parties I fear this dream will remain just that.

My hope is that in his arrogance Harper has overplayed his cards. Public opposition continues to grow, not just to his pipelines, but also in response to the changes he’s making to our health and immigration systems. Who would have expected the many thousands protesting against pipelines and increased oil tanker traffic on the coast despite their desperate need for economic development? Who would have expected doctors in white lab coats interrupting Federal ministers speeches in protests and being taken off to jail? It’s these moments that give me hope. Because in the end, if there is one thing we have learned from last year’s Arab Spring, it’s that no government is insurmountable.

Formerly co-director of Greenpeace International’s Climate and Energy Unit, Tzeporah Berman is a co-founder of ForestEthics and works as a strategic advisor on climate and energy policy. She is the author of This Crazy Time: Living Our Environmental Challenge, with Mark Leiren-Young.

The Book I Read
Book One: Roberto Bolaño’s Antwerp
On insomnia, the body as murder mystery, and the surreal genre novel Bolaño wrote when only 27 and barely sleeping. The… 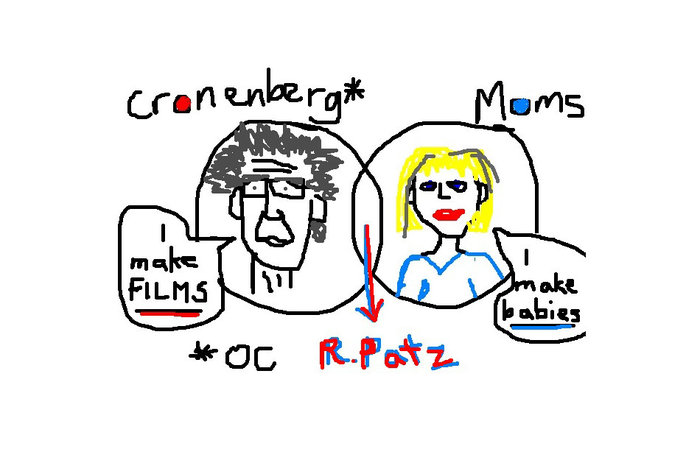