The singer walked a line between overt masculinity and brooding sensitivity—fearlessly exploring the dark, wailing with the voice of a man who could sound like he was trying to escape his own body.

Shehzaad Jiwani is the frontman of Toronto noise rock band Greys. He has also produced... 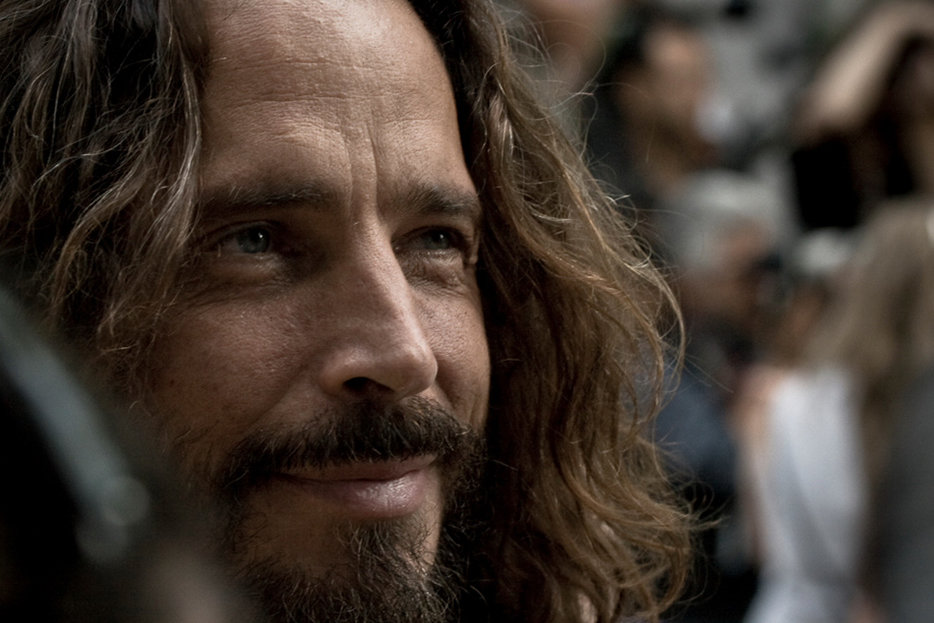 Chris Cornell and Soundgarden had always been there. The memories come quick: Being transfixed by the melting Barbie doll in the “Black Hole Sun” video on MuchMusic. Terrorizing the neighbourhood while blasting Badmotorfinger in my friend’s mom’s minivan. Playing “Outshined” on guitar a thousand times in my dad’s basement. Hating Audioslave. Eternally defending these legends against accusations of being corny or dated to people who just didn’t get it, man. To a lot of people, they were just that band—the last classic rock band you could talk about for hours and headbang to for even longer. To me, they were everything a true classic rock band should be.

So when the news reached me via fragmented texts yesterday morning—from close friends, estranged partners, old tourmates—all with some combination of “Chris Cornell” and “this is awful,” I feared, rightly, that a lifelong hero had passed. Worse: It was suspected, and later seems to have been confirmed, to have been a suicide.

Though never too far from the public eye, Cornell seemed to be a private man, with his own demons rarely surfacing despite having a longstanding relationship with drugs—as did his peers Andrew Wood, Kurt Cobain, Layne Staley and Scott Weiland. Unlike those frontmen, though, his personal life never quite seemed to get the better of him; his songs dealt less with wallowing in his own pain than assessing and confronting it. When it comes to depression, this tends to be a productive approach.

How are you supposed to feel when the people you grew up idolizing decide they no longer want to live their hallowed lives? How does one reconcile that kind of loss with their own struggles? And yet, somehow I understood. The devastating climax of “Slaves and Bulldozers” rang immediately through my mind: “Now I know why you’ve been shaking.”

An Adonis with a voice any singer would make a Faustian deal for, Cornell was one of the last larger-than-life rock stars left. He and Soundgarden were a crucial part of the Seattle scene in the mid-to-late ’80s, which gave way to the grunge explosion in the early ’90s. They had landmark releases on both Sub Pop and SST—labels synonymous with “indie rock” and true meccas of gritty guitar music in their time—and they did it well before many of those labels’ most iconic acts even got signed. Their early material could sometimes be mistaken for macho riff rock, but moments like the tense but tranquil bridge on “Loud Love” and the slow, grinding build of “Beyond the Wheel” showcased their ability to pull the listener into a world much more menacing than Cornell’s bravado and guitarist Kim Thayil’s shrieking leads let on.

They were veterans of their local scene, making the jump to a major label during the early stages of majors snatching up indie bands before many of their peers. Instead of watering down their sound as so many would upon making a similar transition, they became even more complex, growing into a sort of post-modern Zeppelin on later records such as their major label debut, Badmotorfinger, and their opus, 1994’s Superunknown. They took the stark, metallic sound they’d honed alongside contemporaries like The Melvins and Mudhoney and started incorporating more psychedelic elements, never fully settling into any one style but rather constantly building upon their own. The first four songs on Badmotorfinger—“Rusty Cage,” “Outshined,” “Slaves And Bulldozers” and “Jesus Christ Pose”—comprise one of the most ferocious openings to any rock record not named Appetite For Destruction, and I owe all of my future spine and throat problems to the amount of time I have spent screaming along and headbanging to these tunes since I was a pre-teen. I have often said that if you can’t get down to at least one of those four songs then you must hate rock music, and I stand by this statement.

As the group’s often shirtless leader, Chris Cornell walked a line between overt masculinity and brooding sensitivity. In an era where seeming like you knew how to sing or play was a strong case against your credibility, the guy wailed like Robert Plant while his bandmates flexed their deceptively dexterous muscles and made no apologies for it. What separated Soundgarden from their jock-rock ancestors was Cornell’s willingness to go beyond mere histrionics and push his superhuman voice to its absolute limit. His band fearlessly explored dark, murky waters via intricate time signatures, odd tunings, and serrated guitar assaults to match their singer’s opaque, cerebral lyrics and incomparable vocal range. If you enjoyed unstoppable guitar riffs with a healthy dose of melody, then you were never going to find a more satisfying band than Soundgarden. A song like “Slaves and Bulldozers” strikes you less as a group of masturbatory virtuosos than four desperate men trying to capture the precise feeling of a nervous breakdown, and when Cornell breaks through to his highest vocal register, it sounds like a man trying to escape his own body.

With Temple of the Dog, Cornell reckoned with Wood’s heroin-related death on songs like “Reach Down,” which lyrically works as both a touching tribute and cautionary tale after witnessing his dear friend spiral into addiction. His lyrics were never as blatantly autobiographical as Cobain’s (who he would be nearly twice as old as at the time of their respective deaths), and his public persona never seemed to revolve around drug problems or legal troubles the way that Staley’s and Weiland’s did, either. These comparisons are not meant to minimize each singer’s own personal turmoil, but rather to illuminate the fact that in spite of his own issues, Cornell had seemed to overcome each of them on his own terms and come out stronger as a result. That mindset seemed to extend to his other facets of his life and career, too: the Timbaland collaboration, the “Billie Jean” cover, the Von Dutch tank tops, Audioslave—there was a sincerity in everything he did. He always meant it.

Then why, even through the shock, did his sudden death make a sort of sense to me? I am not and would never presume to know what any person is dealing with internally when they choose to commit suicide, and it is a somewhat morbid preoccupation for people to give posthumous meaning to an artist’s work when they take their own lives. But, as someone who has struggled with depression for the better part of their own life, I understand that it is not a thing one can defeat in a single sitting. It is an ever-morphing monster that one must constantly learn and re-learn how to conquer, again and again. And unfortunately, it is a long-term battle that people like Chris Cornell—as charmed as his life might have seemed to a kid who grew up singing his songs—sometimes lose.

It’s a common reaction for people to condemn those who kill themselves as “selfish,” but I have trouble reaching this conclusion myself. There is nothing readily apparent in Chris Cornell’s lyrics or public actions that would indicate he did not fully appreciate life—his own and those of his family and loved ones. And yet, as a friend informed me as we both discussed his death at 3:30 this morning, he was found dead roughly an hour after he’d walked off that stage in Detroit. Whatever form his depression had last taken seemed insurmountable for him, and for all the battling he had done throughout his life, he had reached this conclusion for himself, and then, tragically, acted upon it. I wonder, perhaps selfishly, what this means for people like myself who deal with depression, and what it would take in my own life to conquer it once and for all. His decision suggests that, whatever it is, it must certainly have to come from within, which is both liberating and terrifying. Now I know why you’ve been shaking.

Shehzaad Jiwani is the frontman of Toronto noise rock band Greys. He has also produced records for The Dirty Nil, The Beverleys and Casper Skulls. Greys’ sophomore LP, Outer Heaven, is out now via Buzz Records. 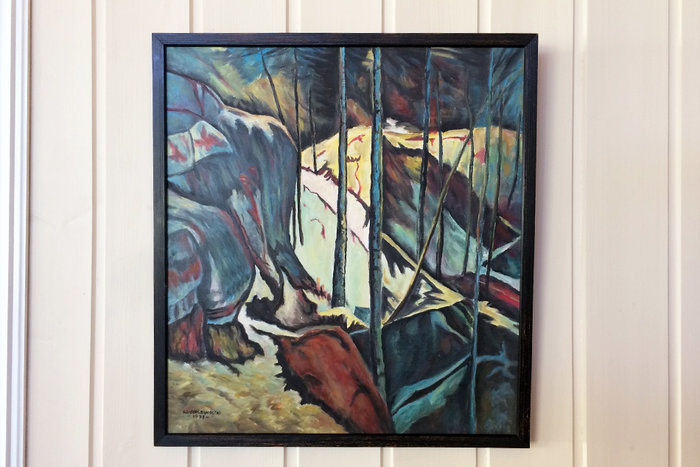 Art
My Family’s Favourite Forgery
On the art of imitation. 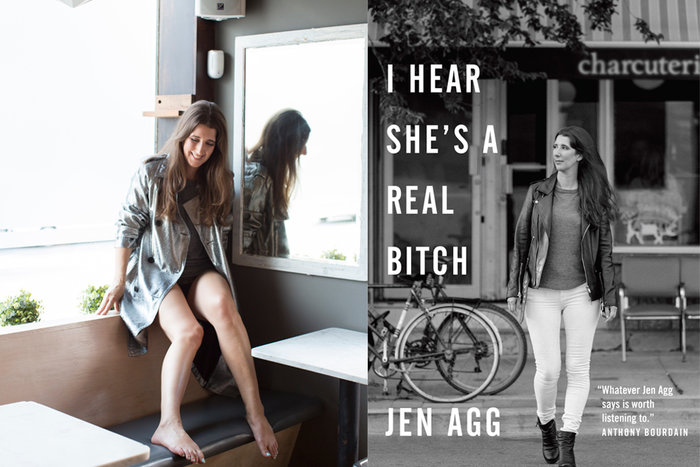 Interview
‘I’ve Had These Feelings and This Fight for My Entire Life’: An Interview with Jen Agg
The restaurateur and author of I Hear She’s a Real Bitch on reclaiming the narrative, writing as catharsis and…