The Novel and the Future of the Near Future

Writers hoping to transport readers only a short distance into the future are in danger of being outfutured by reality itself. So-called “design fiction” may present creators with a more viable alternative.

Ryan Bigge is a content strategist, cultural journalist and creative technologist. He is also... 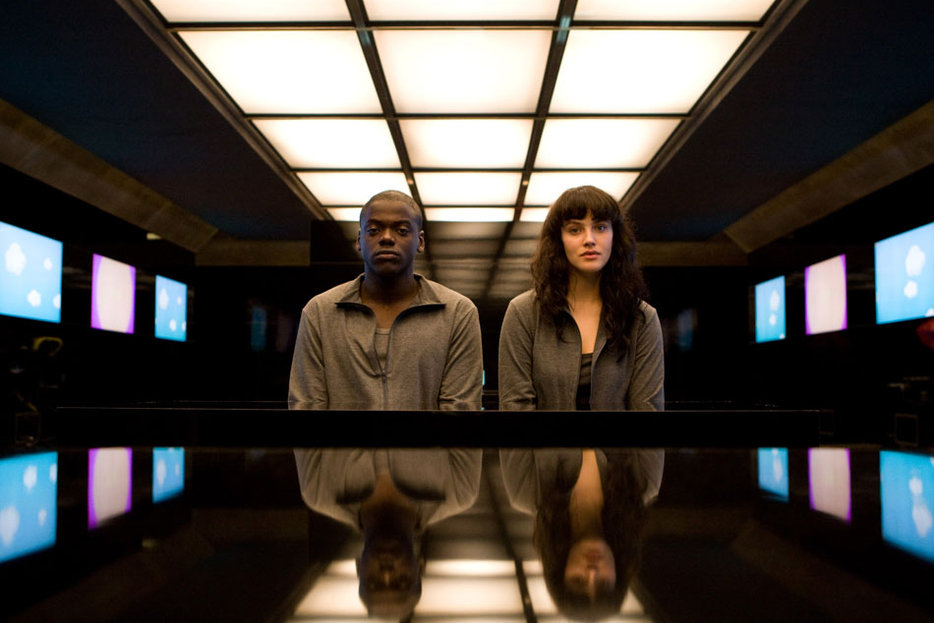 Last year was my first time at SXSW Interactive, which meant that in-between the relentless tweeting and swag avalanches I was able to attend Bruce Sterling’s annual closing rant. As is usual, he roamed through a dozen interconnected topics, but what stuck was a tangent about “paper novels.” (A phrase he said with the same curious disdain a millennial might reserve for “rotary phones.”)

Bruce wasn’t rehashing the death of the novel—he’s way smarter than that. But he did suggest that speculative fiction (or whatever the au courant label is for science fiction about the near future) might be in critical condition. As one of the fathers of cyberpunk, Sterling has written a stack of paper novels. So when he said, “I could write fiction about Google Glass … Obviously, I’d much rather just try one on” it was a clear signal that capturing the near future in prose has become a fool’s errand.

I was reminded of Sterling’s rant as I read Alena Graedon’s recent novel The Word Exchange, another addition to the small but growing genre of smartphone dystopias that also includes Gary Shteyngart’s Upworthy-worthy Super Sad True Love Story. For Shteyngart, the futurephone is figuratively glued to the palm of the hand; for Graedon the futurephone is literally attached (directly) to the forehead, in a symbiosis of electronics and cellular biology called the Nautilus.

On the surface, The Word Exchange is an update on 1984. Where Newspeak sought to eliminate the language of disobedience (“we shall make thoughtcrime literally impossible, because there will be no words in which to express it”), Graedon’s smartphone automatically looks up the definition of any word for a small fee, creating a populous too lazy to memorize even basic language. Eventually, fake words with meaningless meanings start to appear, courtesy of a crowd-sourced competition. The book is a curious hybrid of steampunk and classic mystery plus some glitch, Hegel, and Alice in Wonderland to round things out.

As with any fiction about near future technologies, writing The Word Exchange must have presented a fundamental challenge: the lag time involved in novel creation means that anyone who tries to transport readers a mere 20 minutes into the future is in danger of being outfutured by reality itself. Those interested in speculating about tomorrow’s tomorrow do have another option however—create an object from the near future that forces the viewer to imagine its context and application. This is the approach championed by design fiction. As artist and designer Julian Bleecker explained in a comprehensive essay back in 2009, these are “artifacts from someplace else, telling stories from other worlds.” For Bleecker, the goal of design fiction “is creative provocation, raising questions, innovation and exploration.”

As a writer who dabbles in creative technology, I think that design fiction might just be the future of, well, the future. Proof? For the month of March, Toronto’s OCAD University installed a five-foot tall grey vending machine called The Futurematic in their main lobby, offering two dozen items from the near future such as A-veil-able (a wireless e.e.g. device for direct cranial Wikipedia access) and Time Travel Candy (“feel like when you were young”).

Filling the Futurematic, from idea to execution, took a single Saturday, courtesy of a design jam organized by The Extrapolation Factory, a New York-based design collective. According to her Acknowledgements page, Graedon began The Word Exchange in 2008. Super Sad was published in 2010. Is a design fiction artifact worth 50,000 words? Since it lacks the potential emotional impact of novel, maybe not. But it’s worth more than 1,000 of them.

I acknowledge there’s a danger that design fiction could become another buzzword ruined by overzealous ad agencies. And by its very format, design fiction subconsciously reinforces the object fetish of the Kickstarter generation.

A major benefit of rapid prototyping is never having to apologize for an idea that isn’t entirely perfect. The relentless mockery of the 1960s Popular Mechanics vision of the future, with its jetpack-powered moving sidewalks, has made everyone except AOL’s Jester in Chief allergic to bold predictions. Design fiction would rather be wrong about the future in a spectacularly interesting way than offer a staid but accurate forecast.

Design fiction also creates more breathing space for the viewer. As Scott Smith, founder of the Changeist lab, noted in a February blog post, it’s easy to get seduced by “flatpack futures,” a one-size-fits-all, comprehensive vision “that requires little or no agency of the actors who might inhabit such a future.” Smith prefers a more lo-fi approach, championing minimum viable futures that “give us the scaffolding and ask or allow us to determine the details ourselves.”

Of course, in the world of fiction a “minimum viable future” is more commonly referred to as a “shitty first draft.” It’s no surprise that Bruce Sterling is a fan of design fiction, and I can easily picture digitally-savvy Margaret Atwood hunched over a 3D printer. But an iterative approach to the future is often at odds with the slow, deliberate process of creating and populating a fictional universe. And given the clumsiness of the physical world, it’s easy to understand why writers would prefer to craft perfect sentences instead of generate imperfect vending machine novelties.

Still, if you want to see what happens when design fiction gets a bigger budget and a mass audience, check out the uncanny and discomforting BBC show Black Mirror. Featuring glimpses of our terrible (and terribly plausible) near future(s), it’s not a show that lends itself to binge watching, even with only two seasons, at three episodes per.

That’s because each episode of Black Mirror hits the reset button, taking place in a unique future universe with a fresh set of actors. Creator Charlie Brooker likes to start with a provocative but recognizable piece of design fiction and then guides the viewer toward a trapdoor labeled unintended consequences. In the episode “The Entire History of You” we watch a jealous husband unable to stop himself from discovering a secret he might be better off not knowing. It’s an effective critique of where lifelogging and Facebook might take us, in part because Brooker is able to make such a vivid emotional argument. Meanwhile, in “Be Right Back,” the dead are able to speak with the living thanks to an artificial intelligence service that scrapes the emails, tweets and Facebook posts of the deceased.

Instead of the overbearing technological determinism common to many speculative novels, Black Mirror tends to favour “slight futures”—the term Wired recently used to describe the film Her. As in, “technology hasn’t disappeared … it’s dissolved into everyday life.”

I acknowledge there’s a danger that design fiction could become another buzzword ruined by overzealous ad agencies. And by its very format, design fiction subconsciously reinforces the object fetish of the Kickstarter generation. It’s hard to attack the pernicious logic of planned obsolescence when your critique is delivered in the form of yet another gadget.

But I would insist that any novelist contemplating the near future invest in some foamcore and Post-it Notes. Because I refuse to wait another half-decade for the definitive novel about the Oculus Rift.

Ryan Bigge is a content strategist, cultural journalist and creative technologist. He is also the co-creator of txt2hold, an interactive project that generates distinctive physical keepsakes of digital experiences. 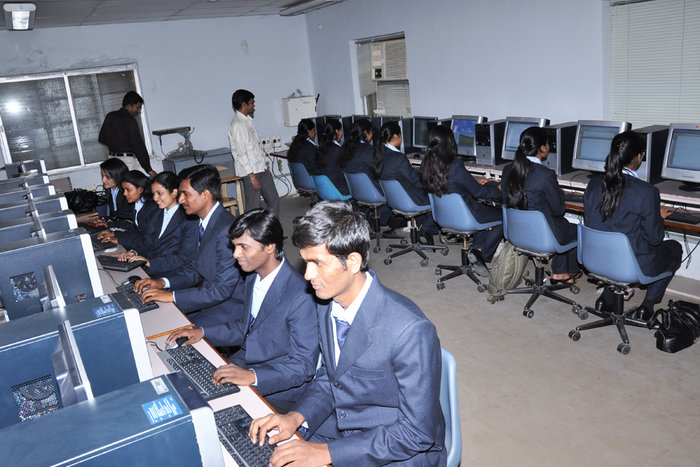 Technology
Drop Anchor: The Return of the Desktop Computer 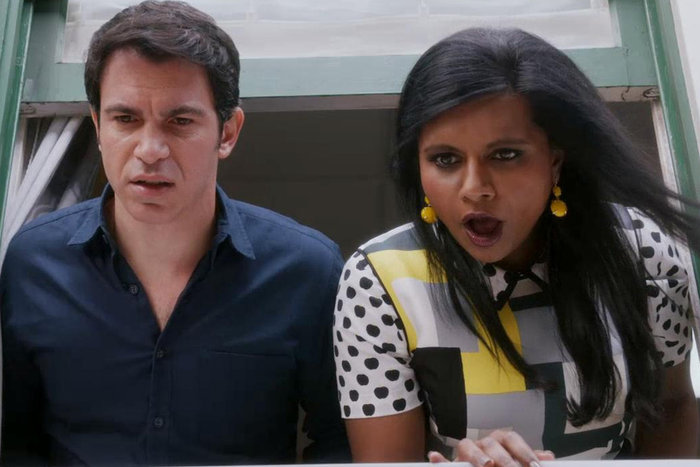