The Nanny as Audible Ambien

Who could possibly fall asleep to the sound of Fran Drescher’s voice?

Mayukh Sen is the author of... 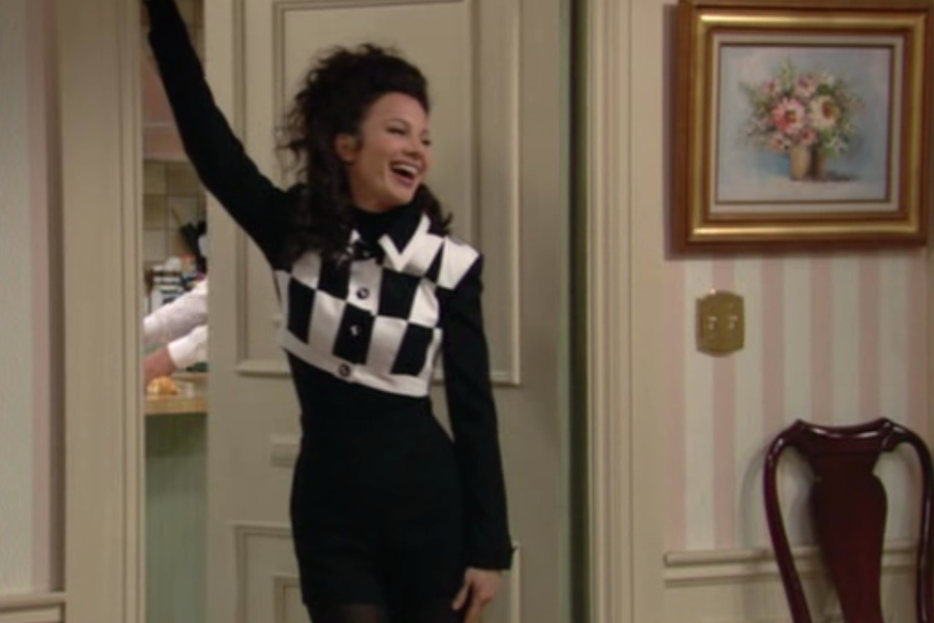 For the past three years, I’ve stuck to a nightly ritual: I get in bed, queue up some episodes of The Nanny on YouTube, dim the lights on my screen, and schedule my computer to shut down within an hour. I’m a man prone to habits born of anxiety, but most of them are tame and ordinary, from nail biting to running my fingers through my hair. This one’s somewhat odd by comparison. Others may gravitate towards Bach or old episodes of Friends to fall asleep to each night, which makes my choice of white noise too bizarre to rationalize. Who, after all, could possibly fall asleep to the sound of Fran Drescher’s voice?

A lullaby, by definition, soothes; it is an adjuvant to the day’s stresses and horrors. Drescher’s voice, popular consensus suggests, is both stress inducing and horrifying; it has prompted some to draw the tired “fingernails on a chalkboard” comparison more than once, while Roger Ebert, rarely the kind of critic who relished in taking cheap shots at a performer, surmised that her voice “is like having ear wax removed with a small dental drill.” Drescher’s particular, peculiar way of speaking is a consistent joke throughout The Nanny, the ‘90s sitcom wherein Drescher plays the titular character (also named Fran), a bridal shop employee from Queens who accidentally becomes the caretaker for the three children of a rich Manhattan widower (Charles Shaughnessy). Drescher is divine in the show: a lithe and supple physical comedienne, contorting her face balletically to match any mood, be it dour or delighted, bemused or besotted with grief.

Crucially, though, she is endowed with a voice that pitches and yaws like an airplane lifting itself from turbulence. Or, as Andy Meisler of The New York Times described it upon the show’s premiere in 1994, Drescher’s voice is “[t]he sound of a Buick with an empty gas tank cold-cranking on a winter morning.”

The subject of Drescher’s pinched, high-larynxed voice is fodder for most of the show’s humor. In one episode, she’s held hostage during a bank robbery, and she shouts from the bank’s interiors that she’s okay. “That’s no megaphone,” her boss explains to a police officer, half-proudly. “That’s my nanny!” When she visits a sushi restaurant and unknowingly downs a gob of wasabi, unaware of its potency, her nasal passages clear. The moment is staged as something of a small miracle—that is, until her voice jolts back up to its braying, whiny default seconds later. Drescher’s voice is too nasal to be remedied by a decongestant, too intense to register on the Richter Scale. This running gag in the show has become a larger cultural aphorism: Even when Sofia Vergara parodied Drescher’s voice in a Saturday Night Live episode in 2012, her interpretation almost seemed too mild.

Friends and acquaintances, I’ve found, are sheepish and reluctant to recognize any greatness in Drescher’s work on The Nanny, precisely because they can’t perceive anything past that trademark voice. (But she was nominated for an Emmy—twice! I mutter to myself, quietly aggrieved, in response.) There’s a certain futility in assigning logic to my affinity for the pleasures others might chafe at or actively try to shame me for. This almost increases my desire to hold these thrills closer, to revel in them with joy, to indulge in them when no one else is looking.

For Drescher’s voice is her most vital, and intolerable, instrument, and the way she wields it is an act of self-preservation. When she began acting in The Nanny in 1994, the voice wasn’t quite there: Drescher came off as timid and warbly, almost uncertain in the manner she was going about her characterization, as if she wasn’t going all the way with the shtick. Over the course of the second season, she eased herself into her voice rather incrementally; it became more robust and round. By the third season, Drescher embraced the act thoroughly. There was no sense of gurgling tension or unease with the voice. It was fully hers.

I’ve never considered myself the kind of gay man who likes his dames grand. I have little patience for Rosalind Russell in Auntie Mame (1958); I find Mommie Dearest (1981) dry, colorless, neither funny nor moving. My track record might suggest that I couldn’t find anything humorous or sympathetic about Drescher, the broadest of broads, but here we are.

The Nanny was an uncredited extra in my childhood in the same way Cheers or Full House had also been: I was vaguely aware of its existence, yet I hadn’t watched it concertedly until its syndication afterlife on Nick-at-Nite in the late aughts. I don’t know if it’s quite a coincidence that my mother and I are the ones who began watching The Nanny together, yet we watched it with quasi-religious fervor. My mother found Drescher irresistibly appealing in the show.

This was a household in which my mother’s voice constituted its own punchline. My mother’s voice remains unconscionably loud, muting all other elements in the room. It is a statement. My late father and I often made fun of her for how loudly she spoke, and she participated, like Drescher, in this pile-on. She wasn’t simply in on the joke; she encouraged it. My mother knew she was loud and didn’t quite care, for she saw no shame in having that voice.

I started watching The Nanny on YouTube shortly after graduating from college three years ago. The activity began as a way to pass time in the lonely hours before bed. Yet it grew, without my realizing it until much later, into a fierce bid to fight my longing for my mother’s company, a yearning that had somehow grown intense after I’d left school. Call it self-infantilizing, but watching the show was a leisurely pursuit I’d long engaged in with my mother. Besides, my first apartment didn’t have a television.

Episodes of The Nanny tend to drift on and off YouTube, subject to copyright law. As a way to circumvent this law, some uploaders have taken to adjusting the pace and pitch of the show, making Drescher sound easier on the eardrums. Her voice slows down to the rhythm of molasses or gets quick, fussy, almost Chipmunk-like. These versions are unwatchable. They forfeit what I consider the integrity of the show’s DNA, contained in Drescher’s incorrigibly loud voice. Her voice overreaches; it is extravagant. But the point of indulgence is to find pleasure, and to give others permission to access it.

I’ve long felt wary about grafting some imagined “queer sensibility” onto my reading of the female performers I love, for it seems too dangerous a position to defend. I am a man, after all, and this decisive fact hinders my identification with the experiences of women, and the way certain female performers give themselves to the screen. I’m tempted make an exception with Fran Drescher, for I hold her close to my heart in the way I do my best friend, my mother, the woman whose loud voice I’ll hear in my head long after she dies. What others may find about Drescher’s voice to be deliriously displeasing is my audible Ambien, massaging my worries into the oblivion of the night, as soothing as the sound of a mother singing her son to sleep.

Mayukh Sen is the author of Taste Makers: Seven Immigrant Women Who Revolutionized Food in America, released in November 2021. He has won a James Beard Award for his food writing and teaches food journalism at New York University. 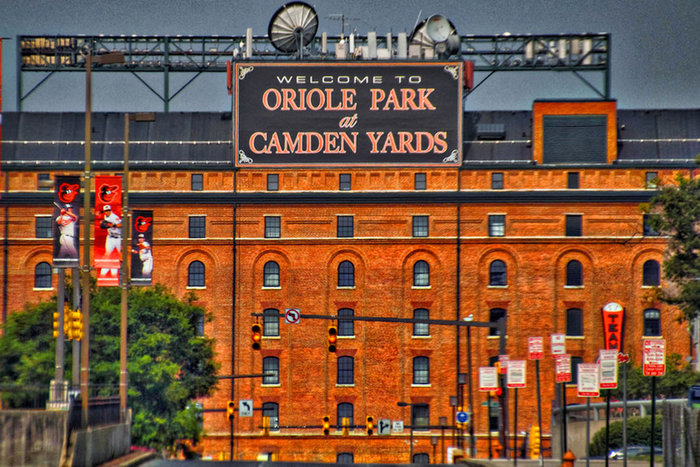 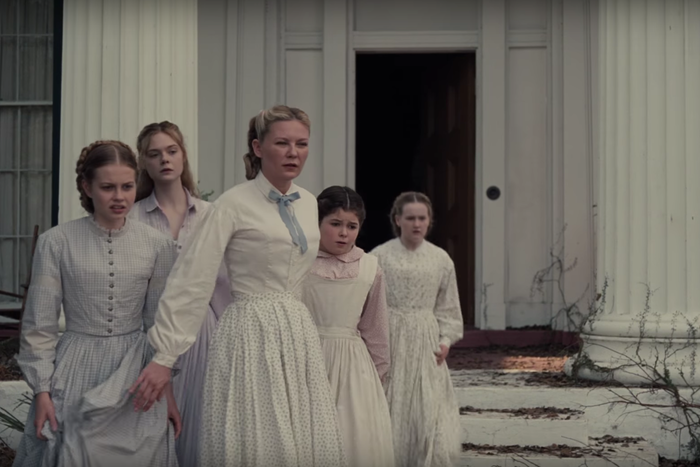 Film
The Eternal Becoming of Sofia Coppola
Like so many of her heroines, the director seduces to control.