The Lives of Students

As Dana Goldstein writes in The Teacher Wars, education is at the centre of any national project. But are teachers agents of equality, or are they too often forced to be the opposite? 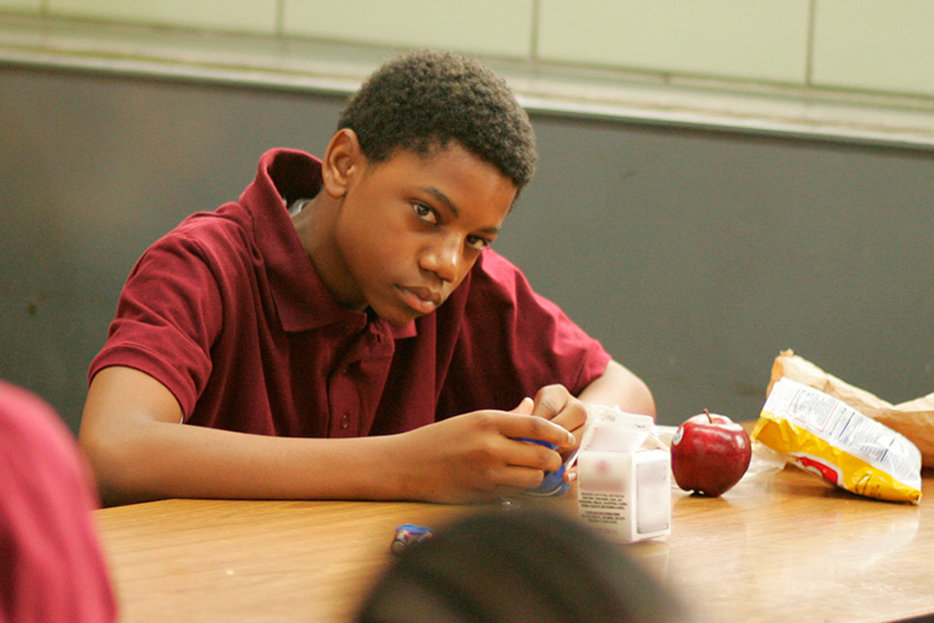 Still from "The Wire"

“Teacher” and “student” are totemically potent words. For many, the classroom is our first experience of a world that expects to bend us to an unfamiliar shape, and our teacher is a warped version of a parent—more authority, less love. In the same way, “student” is our first warped version of ourselves—we suddenly understand ourselves to have duties, and to be capable of success or failure.

If, in the word-cloud of our early years, “teacher” stands almost as tall as “mother” or “father,” the place of teachers in the national psyche is just as central—and just as conflicted. “No other profession,” Dana Goldstein writes in her new book, The Teacher Wars: A History of America’s Most Embattled Profession, “operates under this level of political scrutiny, not even those, like policing or social work, that are also tasked with public welfare and are paid for with public funds.”

Part of why government is so preoccupied with what teachers are doing is that teachers are at the centre of any national project; they create citizens, both overtly, through the information they impart about a country’s history, and implicitly, in the attitudes they convey about what authority is and how it works. Quite apart from whether they are able to give students the necessary skills to find jobs and/or, God forbid, personal fulfillment, teachers make governments nervous because they shape the next generation’s expectations about how their society should function.

In Mexico right now, the public response to the kidnapping and presumed murder of 43 students has been one of sustained outrage—an anger that some commentators had believed that Mexicans could no longer muster, after years of brutal violence as drug cartels fought each other for control and terrorized local populations. But, as Francisco Goldman recently wrote for The New Yorker’s website, “something about this particular crime makes it seem like something that has happened—is happening—before all of our eyes: the worst that can be done, to the most humble of people.”

The students, who disappeared on September 26th, came from Ayotzinapa Normal School—a teacher’s college in southern Mexico’s rural Guerrero province. They had been in Iguala to engage in a demonstration, and the last time they were seen alive they were being herded into police vehicles. The 43 students were not upper or middle class; they were largely indigenous, the children of poor farming families. In a recent blog post, a Mexican student at Berkeley wrote, “[T]heir surnames—Tizapa, Jacinto, Patolzin, Ascencio, Tlatempa, and Lauro, among others—are not among Mexico’s famous, and they are more likely to be found in the country’s seemingly infinite number of mass graves as opposed to a social club or the halls of the stock market.”

The students at Ayotzinapa were the inheritors of a particular dream of Mexican society. The school was founded in 1926 as part of a grand national initiative to transform the country’s 60-odd ethnically and linguistically diverse groups into one nation, a united society built on the egalitarian principles of the 1910 revolution. As Mary Kay Vaughn wrote in her book Cultural Politics in Revolution: Teachers, Peasants, and Schools in Mexico, 1930-1940, “federal teachers became explicit political actors,” in the 1930s. “They were instructed to organize peasants and workers to press for the implementation of federal agrarian and labor laws that would effect a redistribution of wealth and power. President Cardenas…looked to them to promote workers in asserting their class rights.”

The Ayotzinapa school has a particularly charged history in its demonstration of how teachers and teaching students can be at once representatives of the state and agents of political dissent. As Melissa del Pozo recently reported for Vice, the motto, “If I go forward, follow me/If I go forward, push me/If they kill me, avenge me/If I betray you, kill me,” is painted on one of the school walls, and when entering the school grounds, students pass under the words “Ayotzinapa, the cradle of social consciousness.” Alumni include figures like Lucio Cabañas Barrientos, a teacher who went on to be a guerrilla leader for the Party of the Poor and Peasants’ Brigade Against Injustice in the late 1960s and early ’70s.

Quite apart from whether they are able to give students the necessary skills to find jobs and/or, God forbid, personal fulfillment, teachers make governments nervous because they shape the next generation’s expectations about how their society should function.

The idea that a teacher’s job is social struggle, and that teachers are by definition forces for the advancement of justice and equality, is one pole of the popular conception of the teaching profession. The other pole, in Mexico as elsewhere in North America, is the idea of the teacher as rusty hinge in a creaking education system—overly bureaucratic, insufficiently productive, and focussed on anything but student progress.

In a 2014 comparative global assessment of national education systems, Pearson ranked Mexico 39th out of 40 participating countries. In 2012 the current president, Enrique Peña Nieto, announced a large-scale reform of Mexican education, promising to end such practices as the sale or inheritance of teaching jobs: “36 percent of teachers [in Oaxaca province] have directly inherited their position from a close family member,” wrote Benjamin T. Smith in Dissent Magazine, “as have nearly half the teachers who start their careers each year.”

The response to Nieto’s reforms has been mixed: although it seems clear that Mexicans as a whole favour education reform, teachers have seen the current set of changes as the first step toward abolishing the public education system altogether to replace it with private schools that will be even less accessible to the Mexican poor. Teacher protests have been widespread.

The students at Ayotzinapa participated in demonstrations against the reform. And while it is not as yet clear why they were targeted—coverage has largely suggested drug cartels, or disruption of the incoming mayor’s speech—some commentators have suggested that their kidnapping may have something to do with this. Al Jazeera America reported, “classmates of the missing students accuse the administration of President Enrique Peña Nieto of criminalizing them in an attempt to shut down the normal schools as part of government effort to privatize education.”

Teachers often bear the brunt of a society’s confusion about its own path forward—each incoming class represents a crossroads, an opportunity to do it right this time. But even given the best funding, best teaching, and best tools, schools can’t right everything that is wrong with the social and economic environment students are inheriting.

New Tabs
The Battle Over Bigfoot, Outer Space With Salt, and the Year’s Best Correction