Jean-Luc Godard: The Political and the Personal

Godard Forever: Part One, a 17-film retrospective of director Jean-Luc Godard’s early work, begins this Friday at the TIFF Bell Lightbox in Toronto. To mark the occasion we look at the politics and provocations that were the auteur’s long-time trademark. 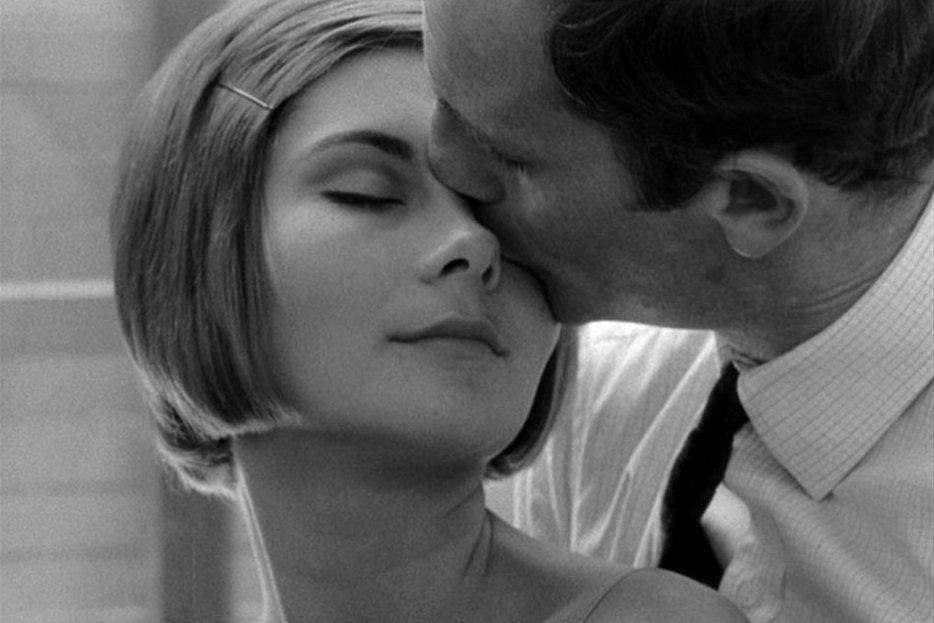 Early on in Jean-Luc Godard’s Une femme mariee, his underseen drama from 1964, the protagonist, Charlotte (Macha Meril), drives to the airport to meet her husband, Pierre (Philippe Leroy), who has just returned from observing the Auschwitz trial in Frankfurt. He is accompanied by Roger Leenhardt—the well-known French critic and prolific documentarian, appearing as himself—who asks Charlotte if she is familiar with the concentration camps and the purpose of the trial he just attended. Charlotte musters little more than a shrug of vague recognition. Roger, in response, offers a macabre aphorism:

Yes, why the hairdressers?

Now, Une femme mariee is not a film about the Holocaust—indeed, it’s a romantic drama about a middle-class woman conducting an affair, inspired by Francois Truffaut’s The Soft Skin and largely based on Godard’s real-life relationship with Anna Karina, who had recently left him for another man. But this exchange seems like more than a mere digression. In fact the Holocaust seems to loom over the proceedings, as if its history were a shadow in which the drama remained shrouded. When Charlotte, Pierre and Roger return from the airport and dine together, they discuss the Holocaust and the difficulty inherent in its commemoration; later, when Charlotte meets with her lover, Robert (Bernard Noel), they retreat to a movie theater screening Night and Fog, Alain Resnais’ 30-minute documentary about Auschwitz and Majdanek. The lovers ignore the film; Godard does not, cutting to the screen to emphasize the juxtaposition.

From this we might conclude that Une femme mariee finds the political and the personal in conversation: the married woman’s adultery and her rejection of history are products of the same ignorance, and the film thus becomes as much about a corruption of personal morality as of socio-political consciousness. (The film’s most famous sequence, a delirious montage of magazine spreads that suggests Pop Art by way of structuralism, added the indoctrinating effects of consumerism to the mix.) Not insignificantly, Godard’s original title for the film was La femme mariee (The Married Woman); the French censorship board demanded that it be changed to Une femme mariee (A Married Woman), so as to avoid the impression that it was speaking universally. But for Godard, of course, universality was precisely the point: this was to be a film about the deterioration of contemporary values, and his married woman might well be anyone—like, say, Anna Karina, whose betrayal of her jilted husband the film sought to excuse as culturally induced.

Hurriedly conceived and assembled in 1964, so that it could be completed in time for that year’s Venice film festival, Une femme mariee marks the precise center of Godard’s seven-year, 15-film first period—a period which spans from Breathless in 1960 to Weekend in 1967 and which will screen, in its entirety, at the TIFF Bell Lightbox this month. The director’s early work is usually graphed as a line sloping gradually from the personal to the political: the shift of interests evident from the freewheeling cinematic artifice of A Woman is a Woman (1961) to the Maoist sloganeering of La Chinoise (1967) makes for a pretty convenient narrative, and, unsurprisingly, it’s the one that most widely endures. But this doesn’t account for the somewhat erratic way the political is weaved into the fabric of so many of his films, including those films whose subject matter isn’t overtly political. Perhaps we ought to consider a different axiom: For Godard, the personal and the political are inextricable—both are essential to his engagement with the world.

Godard’s documentary-like approach to fiction filmmaking afforded him an unprecedented degree of spontaneity during production, which meant that his films remained in thrall to the often mercurial whims of their director—a man whose intellectual restlessness is quite evident in his work. In other words, Godard’s films are political to the degree that he was possessed of political convictions at the time of their making, because his political interests seep into the fabric of the films as inevitably as anything else he fancied. It’s hardly a coincidence that Godard’s most unified work of the period, Contempt, was also the biggest and most conventional production: the demands of international financiers and a bona fide super-star restricted his usual deviations from the material, and the result is his most deliberate and cohesive feature. Filmmaking for Godard was supposed to be at least partly unplanned, an intuitive art guided by urge and impulse. The personal and political naturally follow because everything is contained by his vision.

Even projects whose funding depended on a certain adherence to expectations take detours whenever possible: Band of Outsiders, his adaptation of the novel Fools’ Gold and the only film Godard made for a major studio, veers into improvisatory tangents, as when the characters observe a minute of silence or, most famously, suddenly break into choreographed dance. At his most heedlessly unrestrained, anything can (and often does) happen: Pierrot le fou is structured like an episodic collage, as if unpredictability were its very organizing principle; the early (and hugely underrated) Les Carabiniers, meanwhile, swerves from comic farce to wartime newsreels and back again without the slightest pretense of tonal or narrative consistency. This is the foundation of Godard’s sensibility: if it occurs to him, it goes in the picture. His films are products of the indiscriminate sweep of his proclivities. The only thing left out is what’s least interesting.

Susan Sontag wrote that in Godard’s early films, ideas themselves are essentially formal elements—”units of sensory and emotional stimulation” no different than his snatches of Beethoven’s string quartets or his penchant for primary colors. Even his most explicitly political films, she argued, are not meant to be taken earnestly: they are not vehicles for ideology so much as they’ve been furnished by ideological rhetoric, quotations bracketed as part of the fiction. His work wasn’t meant to be didactic; it was meant to house an interplay of references and ideas, from the deeply personal (his relationship issues) to the pop-cultural (his love of cinema, and in particular the American genre films his work emulated and played with), and, finally, the political (and here we get the gamut: Marxism, the Algerian war, Mao, Vietnam, the Cold War, late capitalism, the absurdity of war, and, of course, the Holocaust).

We can speculate a bit here about historical context. I suspect that, for audiences and critics in the 1960s, Godard’s complicated relationship to contemporary politics entrained a certain friction: the conflation of Godard’s aesthetic radicalism with his apparent political radicalism doubtless made it hard to tell how seriously his ideas ought to be taken, particularly as Maoism took hold with French youth in the lead up to the mass student protests of 1968. Consider that Stanley Kauffmann, one of Godard’s harshest critics in the United States, dismissed La Chinoise as “irresponsible”, “faulty and reprehensible in terms of what it does and eventually what it says”; he wrote that Godard’s politics are too often “reduced to a game—merely an occasion for style”. He accused him, naturally, of lacking the necessary interest and conviction in his own work, criticizing what he felt was a tendency to bore of his films before they were completed.

Today Godard’s early films are cherished for precisely this quality: their omnivorous approach to art and life, with which they seem to take in and take on everything. And so far removed, historically, from the dangers of hardcore Maoism, a film like La Chinoise could hardly seem irresponsible or reprehensible; its milieu now seems historical, and therefore irrelevant, making it a product of its time and place rather than a film whose ideas are trying to speak to us. Had Godard’s political ideas been intended from the outset to be taken straightforwardly, I imagine they would seem hopelessly dated to audiences in 2014. But because they were designed with ironic distance in mind—the slogans and iconography accoutrements of the fiction—we can embrace the films as collections of sensory and emotional stimulation. The personal and the political can comfortably co-exist in these films because both betray the fixations that seized their creator. 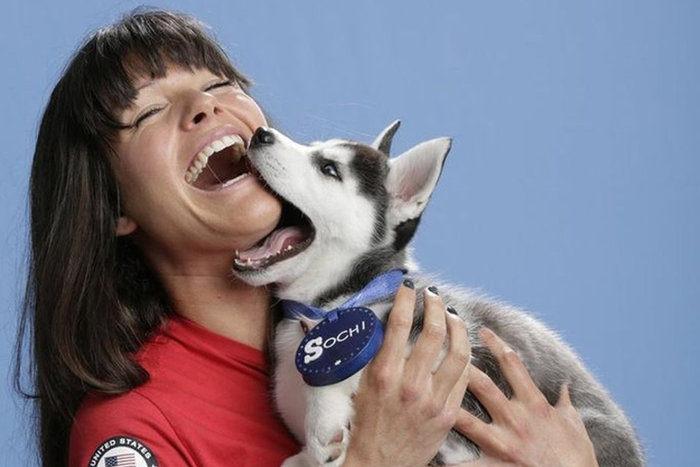 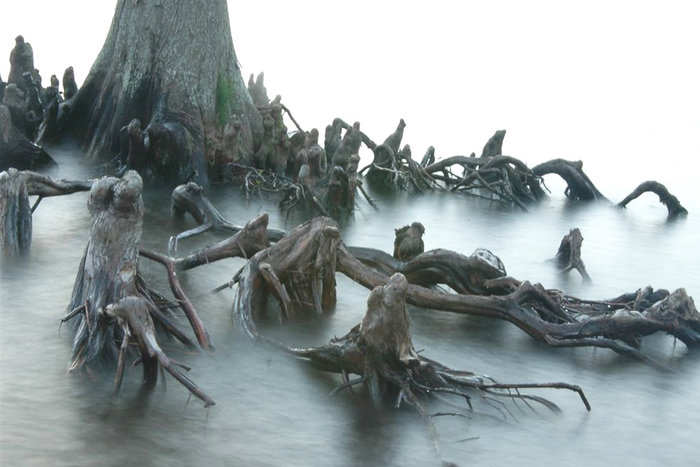 Studies Show
Putting a Face on the Crushing March of Time