‘It’s A Very Violent Feeling’: An Interview with Megan Nolan

The author of Acts of Desperation on labels flattening experience, toxic relationships, and writing through pain.

Kate Dwyer is a writer and editor based in Brooklyn. Her work has appeared in the ... 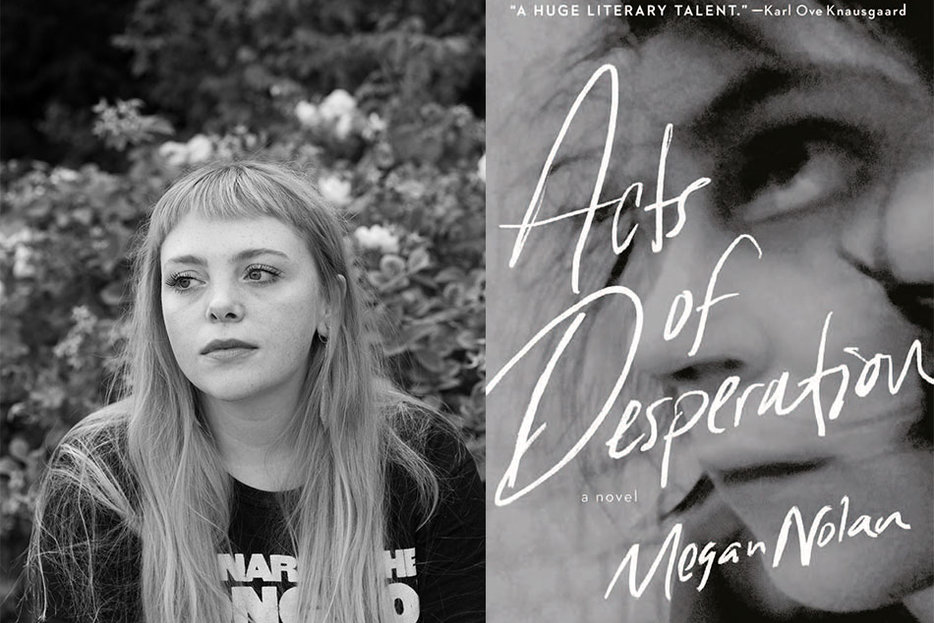 In December 2020, Megan Nolan’s “The Joys of Frivolous Sex” went viral. An op-ed in The New York Times, the piece ignited a fierce debate in the comments section on the value of physical intimacy with strangers during the pandemic, not to mention a firestorm of tweets both derogatory and defensive. “Living as a purposefully single and promiscuous person was one way to know others, one way to find joy in the world, and it’s gone for now,” Nolan wrote. “Single people have lost something important, and should be allowed to bemoan it.”

Though she doesn’t read the comments on her pieces, Nolan did engage with the tweets at first, until, finally, she gave her Twitter password to a friend for Christmas. Once the frenzy quieted down, Nolan tried to understand the response. “I think people maybe have the perception that I pitched The New York Times saying, ‘Here’s the worst thing about COVID.’ Whereas, in fact, they asked me specifically to write about sex,” she said. “So it wasn’t as though I was saying, ‘Here’s the primary issue in the whole scenario.’ I think that’s what people were angry about, is that they perceived me to be elevating this problem above the other problems.”

Strangely, in describing her op-ed fiasco, Nolan articulates the unsettling paradox at the heart of her debut novel Acts of Desperation (Little, Brown and Company), which centers on the uneven, toxic relationship between a young, twenty-something narrator and Ciaran, an older Irish-Danish art critic. When they start dating, Ciaran is still embroiled in a stormy on-off relationship with the waiflike Freja; he makes it clear that he’s only with the narrator as consolation until he returns to his true love. From the get-go, it’s obvious that things will go south, but it’s the banality of Ciaran’s abuse that makes Acts of Desperation so painful to read. Though, on the surface, this project tackles a toxic relationship, it’s ultimately about a young woman’s inability to feel comfortable in her skin; in place of any professional or personal ambitions tied to her self-worth, she channels every drop of intensity into winning this unwinnable man’s affection.

For those of us who haven’t experienced this type of relationship firsthand, the novel is illuminating. Oscar Wilde said, “everything in the world is about sex, except sex. Sex is about power,” and I’d argue that every story is about desire except stories about desire, which are about power dynamics. In this case, the most compelling power dynamic exists between the narrator and herself.

Kate Dwyer: The title of the book is Acts of Desperation. What do you think this character is desperate for?

Megan Nolan: For the first half, she’s desperate to win this guy’s love and to try and corrode his resistance to her. More broadly than that, just not wanting to be in your body. I’ve never found a solution for what to do when you feel like you can’t stand to be in your life or your body or your space in the present moment. It’s a very violent feeling, and I think people try and remedy it with self-destructive methods. The narrator erroneously believes that a romantic relationship will get her to a place where she feels calm and at home in herself.

The book is not a mirror of my own thoughts, but it’s definitely based on thoughts and feelings that I had in my earlier twenties. I lost a lot of the ambition I had as a kid and a teenager, so it seemed very natural to turn to relationships instead, because even if you’re doing pretty badly in your life, you can probably find a relationship if you really, really want one. Even if it’s a terrible one with someone you’re not really compatible with.

The narrator does have that moment where she acknowledges how unconventional her situation is: “She knows the relationship is strange and uneven and not reciprocal, and that it would confuse and upset people who loved her, but she didn’t believe it to be any of those things.”

The book is obviously an exaggerated version of prioritizing a relationship to the detriment of everything else. The—and I know this isn’t a word—un-relatability was kind of the point of it. It’s so strange that an adult woman who has a pretty normal life and the ability to do most things if she tries hard doesn’t even seem to want to look at those things, and only wants to look at love and sex.

Do you think she internalized any cultural dynamics that made her believe that this relationship would validate her as a person?

Underlying everything else, there’s this crippling lack of self-worth underpinning all of her life. That’s not something you can easily explain. There’s so many women who have violent levels of self-hatred, and there’s no explanation for it; it’s not as though their parents told them they were stupid or ugly. It’s quite inexplicable.

Labels irritate me. When I was having a hard time in my earlier 20s, I was always put off when people would describe me as “depressed” or, when I drank too much, “alcoholic.” When I had this series of shitty relationships, people would use the word “abusive” about things that the man had done, sometimes without my having used that word. I’m not saying that none of the behavior described in the book is abusive, but sometimes I felt like those words were really a flattening of things I had experienced.

There are a lot of parallels to Knausgård. Would you say that he was an influence?

In 2016, I got a small arts grant, so I decided to go somewhere cheap for a couple of months to get some real writing time in. I sublet an apartment in Athens, Greece, and got the first big chunk of the book done then. I only had four or five books with me, so I ended up reading this Knausgård book over and over again. On the first day I started writing, I was sitting out on my balcony reading A Death in The Family. The level of detail he allows himself to put into those books seemed very freeing to me. I was a bit nervous my book would be boring and then Knausgård’s books made me feel it was okay to write all the potentially boring minutiae of those things. It was definitely a big influence in terms of permission.

What was it like for you, as you were working on this project? Was it mentally taxing?

After those first couple of months in Athens, it was just all in my spare time for the next three years. I was freelancing and doing various odd jobs and temping or whatever. What I would do is work a lot in my money jobs, then save up enough to take a month off, and go cat-sit for a friend in the countryside and work on it quite intensively. I had to be really alone to do it. But that meant it was really agonizing because, obviously, it is so personal. And painful. And there were a couple of times where it really took it out of me, and I had to sort of step away for a couple of months one time. At the end of it, not that I’ve followed through with this, but I did think, “Oh my God, I would love to write a happy book next. Because this is just too hard.” Reading back on it, I don’t find it painful anymore, but I was openly crying a lot of the time that I wrote it, you know? It was very intense.

There’s this mimesis happening on the page, where the reading experience mimics the experience of the character.

That was actually super important to me; it’s funny that you say that. When I read A Death in The Family during that first period, I realized that it’s not this removed observation; you’re really living it as you read it. I’ve always liked the idea that as a novelist, you’re creating an experience. It’s not just a set of things I’ve thought, that you as the reader will now read at a remove. 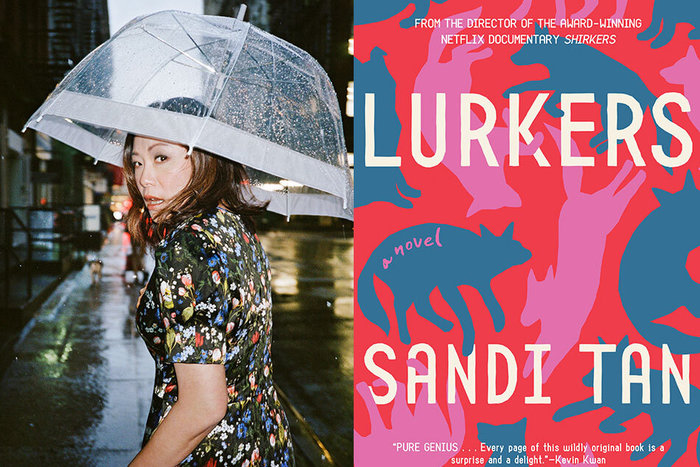 Interview
‘I Was Always After the Better Story’: An Interview with Sandi Tan
The author of Lurkers on growing up in Singapore, thought experiments, and falling out of narrative. 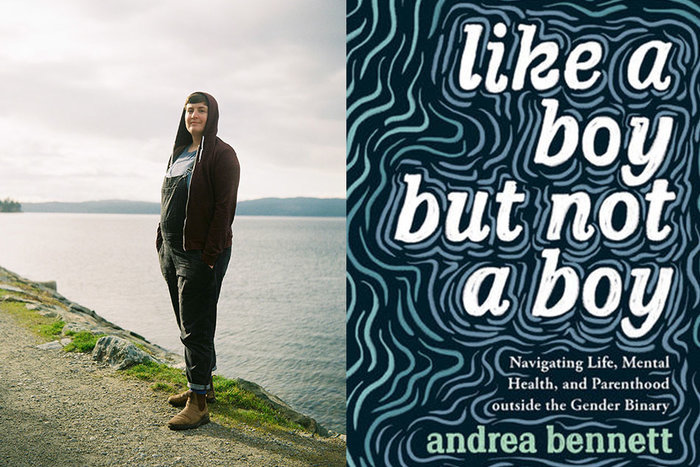 Interview
‘I Find It Strange That Bodies Can Have Eras’: An Interview with andrea bennett
The author of Like a Boy but Not a Boy on overalls, gender binaries, and Kim Kardashian.