Infatuation is a Gateway Drug to Writing: An Interview with Chris Kraus and Sarah Gubbins

Talking to the novelist behind I Love Dick and the screenwriter behind its new TV adaptation about taking the love triangle to Marfa, working out creative pain, and Kevin Bacon.

Ruby Brunton is a New Zealand-raised writer, poet and performer who now lives in Brooklyn... 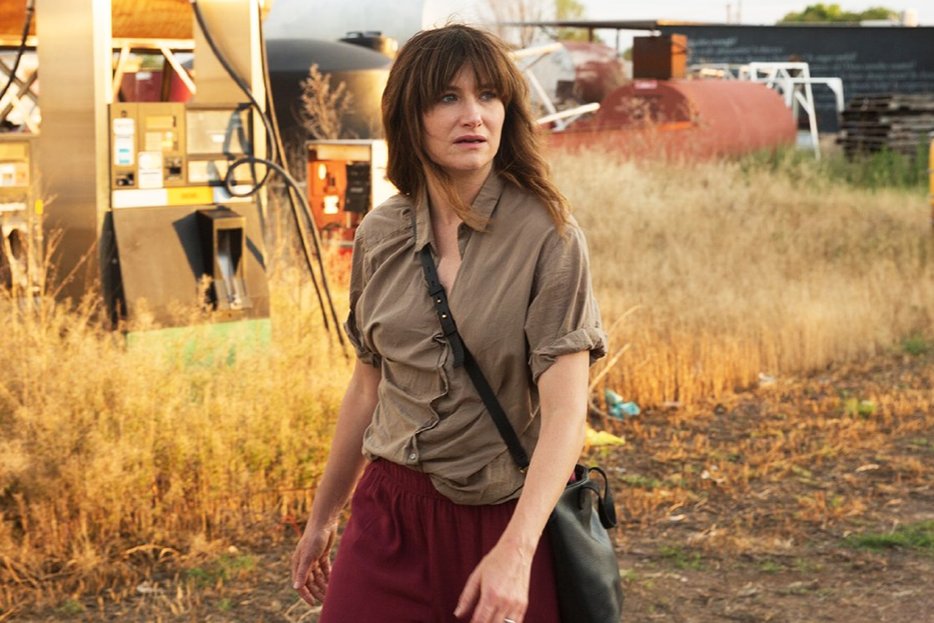 Three years ago, Chris Kraus sat across from me at the Ukrainian National Home—an East Village staple famous for its cheap perogies and literary clientele—and proclaimed that I was in a very normal place for a female artist in her late twenties trying to make it in New York. What she meant by normal was depressed, beating myself up over my creative failures while seeking refuge and distraction in destructive love affairs.

My connection to her work at the time was simply that my father had appeared in her film Gravity and Grace, which is the central artistic failure in her first novel, I Love Dick. She gave me a copy of the book, which I tore into as soon as I was home, recognizing similarities between us on every page. Completely insecure in a sea of seemingly more successful artists and writers, sucked in by the seductive misery of unrequited romantic obsession, I felt close to the letter writer in the book and became invested in her satisfaction.

I was infatuated with this tale of infatuation, which can serve as both a distraction from and a fuel for creative work. When an artistic project isn’t working out, it can be a relief to refocus mental energy onto a more mundane infuriation such as unrequited love. The journey into complete obsession can overtake everything else in your life if you’re not careful, but if you’re smart, you could turn it into your next project. This is better articulated nowhere than in I Love Dick, which has recently been adapted for television by Jill Soloway and Sarah Gubbins.

In anticipation of the on-screen version of the book, I spoke to Kraus and Gubbins, who wrote the show, about common misconceptions regarding the novel and the process of turning it into a series.

The novel’s protagonist, Chris, begins the book by grieving a recent artistic failure: her film, which has left her in a state of financial disarray, has not been accepted at any festivals. At the same time, her highly esteemed academic husband Sylvère’s guest-lecturing opportunities bring them to California, where they encounter the cultural critic Dick ____. After a single dinner at a local sushi bar, our narrator appears to develop strong, love-like feelings for the middle-aged bachelor cowboy. It’s as though the displacement of feelings of artistic failure onto an unrequited love object is a way for her to cope with her disappointment at not becoming the next indie film director darling. “When I wrote the book, I exaggerated the extent to which she cared about his acceptance or rejection of her. Artistic rejection is much more crushing, and she’s trying to escape from that,” Kraus says.

Readers didn’t always pick up on the fact that Chris’s narcissism was exaggerated for comedic effect. The novel is written confessional-style, in the first person. The principal characters share the names of the author’s IRL circle. In the TV version, Chris’s brattiness and Dick’s sexism are hammed up to the point of pantomime, which is what Kraus intended. “People found it almost impossible to accept a female anti-hero,” she says. “I think the genre has been pushed in recent years by Sheila Heti and others, in a way that makes it easier for people to accept a female anti-hero now.” It’s been debated whether that anti-hero is or isn’t Chris Kraus herself. “I see writing as a performance—not necessarily of one’s life, or the facts of one’s life, but of moods, feelings, thoughts and disposition. In I Love Dick, and my other books, I see myself writing through a character mask.”

Soloway’s pilot follows the book haphazardly, with Chris (Kathryn Hahn) and Sylvère (Griffin Dunne) encountering Dick (the almost too perfectly cast Kevin Bacon) in Marfa, Texas, where Sylvère has been invited to do a fellowship in Dick’s department. Gubbins explains the change as being integral to the tension of the show. “We found it interesting to see what would happen to this triangle given a more stranded geographical setting.” The show’s creators chose Marfa, she says, because, “There’s no place like it in the country. The light. The elevation. The rugged landscape. And the town attraction, a constellation of people. Artists. Ranchers. Folks trying to escape the confines of obligation and those who have lived in the town for generations.”

Another diversion from the novel is that Dick’s role will be far more central in the TV series. At the end of the pilot, Chris decides to stay in Marfa for the duration of Sylvère’s residency, hinting at a much messier love triangle that could unfold. Kraus is excited at the possibilities a more fleshed-out crush character might bring. “As Kevin Bacon said recently in an interview, he couldn’t possibly play a character long-term who’s just a cipher. He was interested in the phenomenon of Dick’s celebrity in this small, fishbowl world of the Marfa Institute—already a new invention.”

The opening scenes center around Chris’s excitement about her upcoming trip to Venice where her film will be shown and her subsequent meltdown when she finds out the film has been pulled from the festival. Here she encounters Dick, a well-respected academic and loner who is not looking for an admirer of any kind, let alone a neurotic artist who craves validation from sex and men. Enter the blank screen for Chris to project all her desires, fears, obsessions, frustrations onto. Her Dickstraction. Through focusing her energy on attempting to secure Dick’s affections, Chris is able to move on from her pain. Chris can accept that she has little control over whether Dick likes her and it’s an easier anxiety to manage than the responsibility for a failed project that was wholly her design. Surprisingly, her husband Sylvère supports her exploration of her own obsession, perhaps due to his identification of it as baseless and therefore not a threat. He is pleased to see his depressed wife excited about being creative again, the end of the pilot sees Chris penning the letter to Dick that will form the basis of her first artistic success. “Sylvère knows this is about Chris discovering something as a writer, and is generously and selflessly very encouraging of this,” Kraus says, adding, “Speaking now as myself, not the Chris character, I don’t think I could have become a writer without Sylvère’s encouragement and support.”

The dynamics of Kraus’s own life and the reception of her work play out in the TV pilot. At dinner, Dick baits Chris by stating women are incapable of making interesting films because “they have to work from behind their oppression, which makes for some bummer movies.” This pronouncement sounds exactly like criticism that has been leveled at Kraus since the book was published. Similarly, the pilot also introduces a small cast of younger characters such as Devon, who finds Chris and Sylvère equally fascinating and farcical and decides to turn them into a play. Devon and her college clique feel reminiscent of Kraus’s readers who scoff at her overly-academic theorizing about a crush. The book, which is an exploration of Chris’s failing film career and move to literary arts, becomes a show about the reception of the book it’s based on.

Though the “love” part of I Love Dick ends in failure, the “I” part has an adventure that ultimately leads to satisfaction, if not success. By the end of the story, the narrator has left her old life and former husband on the East Coast, has made the brave and independent decision to start anew in California, sans romantic interest, and has a book length manuscript that will, less than twenty years later, be turned into a TV series. By working through a minor romantic disappointment, by coming clean about her own self-absorption and inability to accept responsibility for the direction of her career, novel Chris and IRL Chris find something far more gratifying.

Ultimately, I Love Dick is not about Dick, or even Love. It’s about I. In her forward to the novel, Eileen Myles writes, “Her living is the subject, not the dick of the title.” Says Kraus, “The ‘Dick Adventure’ is definitely an escape from the failure of her artistic career, and she unexpectedly finds it very fruitful.” Unrequited crushes can be a great motivator, a desire to prove to the crush, or better yet, yourself, that you are capable of more than just pining over some man. “I think it’s a matter of deciding to make yourself available to something else. In the book, Chris decides to give up on filmmaking and make herself available to something else. Dick is a gateway drug to writing.”

Ruby Brunton is a New Zealand-raised writer, poet and performer who now lives in Brooklyn. She’s had poems in 4 Poets, Queen Mobs, The Felt and Metatron where she is the New York outreach coordinator, and essays in Real Life, The New Inquiry and Mask Magazine where she is a contributing editor. She spends a lot of time thinking about intimacy, resistance, how to create community and education alternatives. 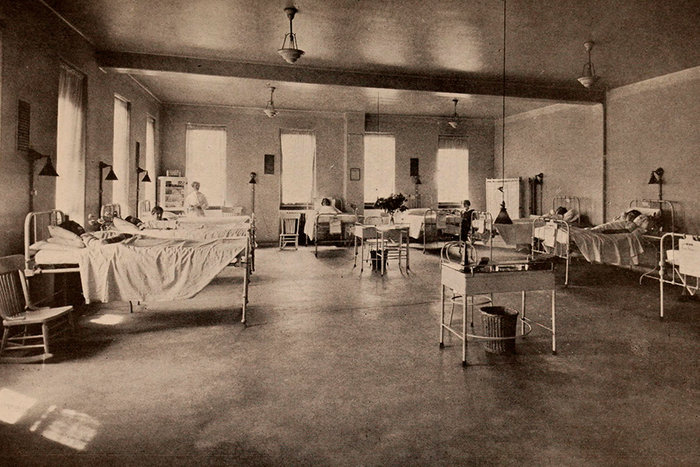 Memoir
A Difficult Birth
The larger deception is that birth is only about life. In reality, the only certain thing about life is death and every… 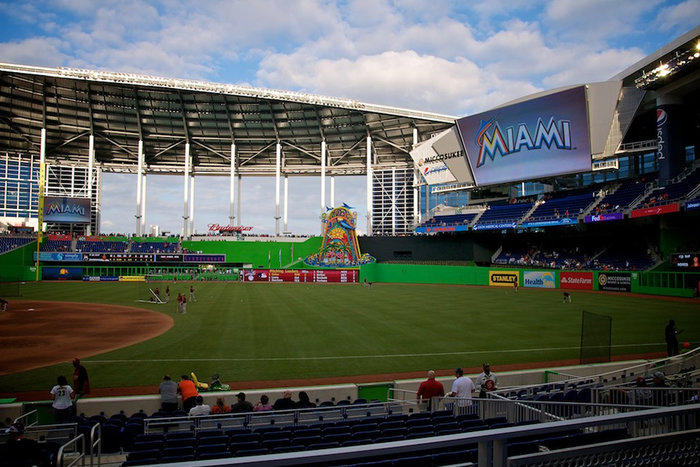