In the 19th century, Spiritualists invoked “Indian guides” at their séances. White mediums rendered these ghosts about as sensitively as one might expect, but their words are more surprising. 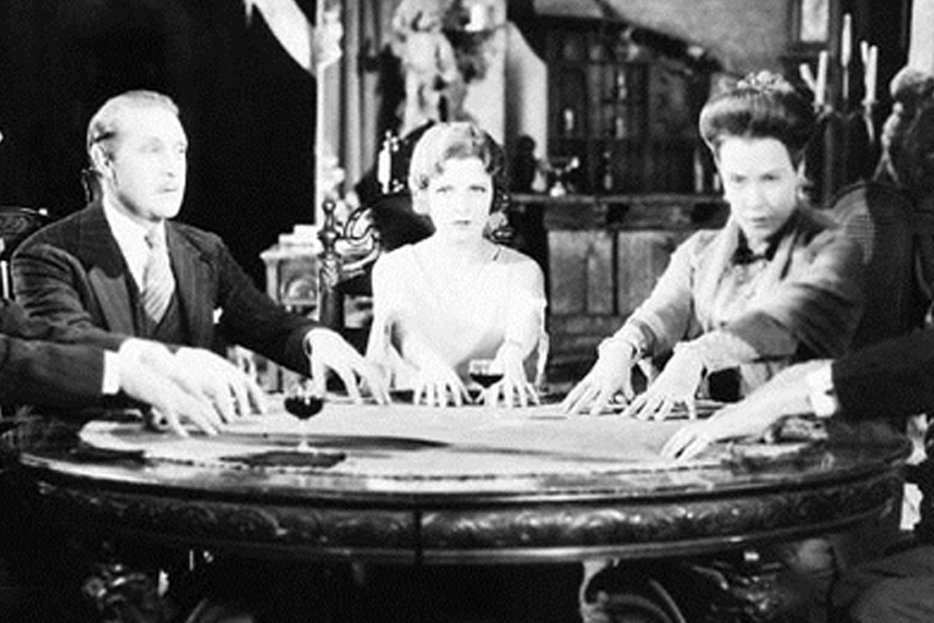 In the 1920s, the parlours of white Canadians were choc-a-block with the ghosts of dead Indians. “Bright Moon, my Indian guide, came through in his jerky, wholesome manner,” recalled the medium Jenny O’Hara Pincock in Trails of Truth, her account of the home séances she and her family held in St. Catharine’s, Ontario in 1929. Pincock was the centre of a Spiritualist circle, a group of believers who met periodically to contact the other side. Jenny would play the piano while the spirits of her dead husband and miscarried daughter sang duets. Bright Moon declared himself at Pincock’s service. “Why do so many have guides from your race?” she asked him. “Me know how to help you draw earth vibrations,” Bright Moon replied.

Spiritualism as a movement is usually dated to March 31st, 1848—the day before April Fool’s—when two sisters, Kate and Margaret Fox, convinced their mother that a spirit was rapping on their bedroom wall, and accidentally started a minor religion. With the invention of new technologies like the telegraph, the idea that a medium could conduct messages from the other side seemed hardly more unlikely than a transatlantic cable.

Indian spirit guides started showing up at séances in the 1850s, promising to help white Spiritualist mediums navigate the otherworld as they had helped colonial explorers navigate the New World. Like Jenny Pincock and Bright Moon, what white mediums heard spectral Indians say was just about what you might expect—they were the Redskin mascots of their time. As Stan McMullin writes in Anatomy of a Séance: A History of Spirit Communication in Canada, a group of Spiritualists at a meeting in Waterloo, Ontario on September 24th, 1932 even saw a manifestation of an Indian spirit named Blue Snake. The séance notes show him to be at once regal and tame: “allowing various sitters to touch his big brawny muscles.”

What’s surprising, as Molly McGarry writes in her book Ghosts of Futures Past: Spiritualism and the Cultural Politics of Nineteenth-Century America, is that some Indian spirit guides had quite a lot to say about the racial politics of the time. The Indian spirit guides didn’t all speak in pidgin English; some talked like they had read too much James Fenimore Cooper. “There are but few left to lament the departure of a once powerful race,” said the spirit of Powhatan (Pocahontas’ father) through a 13-year-old girl in 1853. “And where is now the Indian maiden, who roamed through the glens and valleys, or skimmed o’er the lake in her swift canoe? All, all are gone! What is the cause of this downfall of a whole nation? Look to your brothers for an answer.”

Sagoyewatha’s views happened to express the prevailing view among Spiritualists at the time—which was radical dissension from government policy of the day. Among the first to spread word that the Fox sisters were truly in touch with emissaries from the other side were Amy and Isaac Post, a couple whose household was a stop on the Underground Railroad and a meeting-place for radical Quakers. Spiritualism therefore became anchored in an existing movement for religious and social reform.

Spiritualism as a movement is usually dated to March 31st, 1848—the day before April Fool’s—when two sisters, Kate and Margaret Fox, convinced their mother that a spirit was rapping on their bedroom wall, and accidentally started a minor religion.

The vows Sagoyewatha was speaking of were specifically the agreements about land use that were being abrogated as white settlers pushed west during the gold rush. McGarry writes, “the Spiritualist press was a lone voice calling for justice for Native Americans.” Banner of Light, one of the major Spiritualists periodicals of the time, published a letter to the editor in 1860 that said, “The cause of Spiritualism and of the Indians…are almost one and the same, for the noble spirits of that race are the most active to help our cause with their magnetic forces.”

It’s hard to know to what degree those claiming to be chanelling messages from the dead believed in their own powers. “There are only two kinds of mediums,” Harry Houdini told the U.S. congress in 1926, “those who are mental degenerates and who ought to be under observation, and those who are deliberate cheats and frauds.” Steven Galloway’s new novel, The Confabulist, draws on the rumour that Houdini’s death—he died of appendicitis after being punched in the stomach by a student at McGill—was actually the result of a Spiritualist plot to stop him from unmasking the movement’s fakery. Houdini had spent his entire career fooling the public, and he knew how easy it was to exploit people’s credulity and weak powers of observation. He believed that anyone who claimed to be in contact with the spirit world had to be either crazy or lying.

If this is so, do the progressive policies that spirit guides and their mediums often advocated—respect for treaties with Aboriginal peoples, rights for women, and emancipation of Black Americans—make up for the (deliberate or accidental) deception? And, in the case of the “Indian guides” (and the spectral slaves who also visited white mediums), for the racist stereotypes of their spirit voices?

White culture in North America today is still struggling to engage Aboriginal communities in meaningful dialogue. Although spectral Indians have stopped visiting upper-class parlours during after-dinner séances, it does not seem to be the case that influential white families in high socioeconomic positions have replaced them with flesh-and-blood Aboriginal friends and neighbours. Debates about issues like the Enbridge pipeline are still taking place in a parliament which, as of the last federal election, only counted seven Aboriginal MPs.

Bright Moon and Blue Snake, in their Everyindian eagerness to help, as well as the mournful anger of Powhatan and Sagoyewatha, stood in for settler culture’s muzzy idea of how Aboriginal communities, past and present, might see white colonials, and what they might want. Of course, then as now, it might be easier just to ask them.

Poetry
To Go To ЛЬВІВ 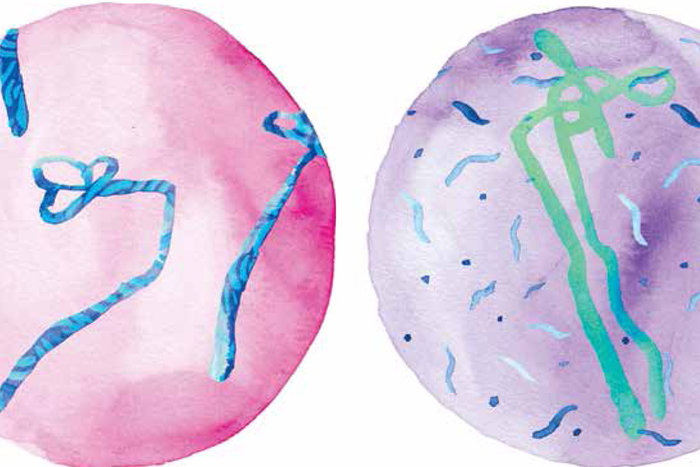 Health
Nature’s Most Perfect Killing Machine
Ebola is nightmare fuel: a biological doomsday device conspiring with our bodies to murder us in uniquely gruesome…