If It’s Fiction, It Better Be True

Novelists Grace O’Connell and Steven Heighton talk about the meaning of truth in literature.

In 2006, Steven Heighton read from his poetry collection The Address Book at Carolyn Smart’s creative writing class at Queen’s University. Grace O’Connell, then an undergraduate in English Literature, remembers being “utterly mesmerized,” and she approached Heighton for advice on what would become her debut novel: Magnified World, published in May. A line from “Gravesong,” a poem Heighton read that evening, appears as one of its epigraphs. O’Connell, in turn, provided the inspiration for the story “Swallow,” in Heighton’s collection The Dead Are More Visible, published the same month. The story of a young woman who subjects herself to a clinical drug trial is based on O’Connell’s experience of the same—although their paths diverge from there. Here, the authors discuss the meaning of truth in fiction.

Steven Heighton: The Native American writer Simon Ortiz once remarked, “If it’s fiction, it better be true.” Literal-minded readers might take that quip as straight-faced prescription, an argument for fiction based on autobiographical fact, but most readers and writers, I think, would interpret the line in a very different way—though not all in the same way. (Or in the same words: Michael Ondaatje wrote in the foreword of one of his books that he’d changed certain facts “to suit the truth of fiction.”) Anyway, I’m wondering what Ortiz’s remark might mean to you, especially given that you’re publishing your first novel this spring and many readers—naive or not—tend to assume that first novels are autobiographical.

Grace O’Connell: Your Ortiz and Ondaatje quotes brought to mind for me Tim O’Brien’s story-truth and happening-truth distinction; the idea that the story itself has a truth that might supersede what literally happened when you’re writing from true events. Or, to put it another way, that you might have to lie in order to cut right to the heart of the truth, to put the reader most viscerally there.

The big life events that my narrator, Maggie, is grappling with are not things that I’ve experienced myself. While it was sometimes a challenge to get into her headspace for that reason, it was also really freeing, because I didn’t have a “truth” to which I felt tethered. Sometimes writing autobiographically, writing from personal experience (which I’ve also done), can confuse the writing process, because you become lost between the truth of the story, which evolves as you write, and the truth of the event, which is static.

How do you personally determine whether you’ve managed to tell a “true” story, in the sense of O’Brien and Ortiz’s definitions?

Heighton: Let me edge toward an answer by bringing up the issue of interest vs tedium. Interesting things happen to me every day, but not every minute or even every hour. When I write a story, I want to compress things into the story—events, insights, and so on—and also compress things out of it, like those long spells of dullness and repetitive drudgery that are part of any life. One reason writers “lie” when writing fiction—change or embellish a fact or invent new “facts”—is because they’re trying their best to create art, as opposed to videotaping life in real time.

It’s interesting too to reflect on how, if you’re using an autobiographical episode in fiction, the successively revised transcription of it will then become your memory, or rather blot out and replace the original memory. In fact neurologists now agree that your cerebrum works pretty much the same way, transforming memories through successive revision: i.e., every time you retrieve a memory from your neural archive and review it, you edit it somewhat and then replace it in the archive—so that the next time you go to retrieve it, you see not what actually happened in the past but a kind of photoshopped version. And if it’s a memory you’ve often returned to, it might be very shopped, snipped, and doctored.

Still, what a writer does to a memory, revising it on the page, will probably be more extreme than that, partly because writers grant themselves actual, overt permission to change things—and often change things aggressively. I know I do. So in the end, little is left of the original moment or incident I chose to use. I find there’s a certain poignancy in that loss. I’m erasing my own memories, using and obliterating small parts of me, as if my books are houses I build with my bones.

You ask how I know if what I’ve written is “true” in the aesthetic sense we’re talking about here. I guess I’d say I’m never completely sure, but if I can look back on a story—especially one with no autobiographical basis—and it seems I’ve actually experienced what the character experiences, then I’m pretty sure I wrote something real. Yes, I think that’s it. Fiction that works should generate in a writer a kind of false memory syndrome.

O’Connell: Which in a sense makes all projects feel, in the end, somewhat autobiographical for the writer.

One of the other decisions we make when dealing with what is true, in the context of the book or story, is who gets to talk. Fiction makes you realize there is no such thing as innocent bystander, not when it comes to narrative. And yet writers often try to do that, to take on an ‘objective observer’ role, like Nick in The Great Gatsby, or more simply by just adopting the omniscient narrator role, which imparts a kind of authority. I wrote Magnified World in first person perspective and there were times I actually felt kind of guilty that no one else got to speak (I had a particular sneaking sympathy for Maggie’s father). But the truth of the story was Maggie’s, and letting someone else chime in just because they were portrayed in an unflattering light would have diluted story-truth with supposedly objective truth.

Heighton: You just have to hope that most of your readers are mature enough not to accept Maggie’s take on the world as anything more than hers—and that they don’t assume that you endorse all of Maggie’s views. Of course, some of them will assume just that, but your ideal readers won’t, and they’re the ones you’re writing for. (Or do you feel you’re just writing “for yourself”? That’s what some writers claim. Maybe they mean it, but to me it sounds odd. Why publish the stuff if you’re just writing for yourself? I write fridge-magnet notes to myself; for my own interest I record my less boring and incoherent dreams; I make out lists of tedious secretarial tasks—people to call, bills to pay, cheques to chase down. But when I write a book of poems or stories, it’s not for me, it’s for my ideal reader, or readers.)

O’Connell: I am definitely not writing for myself—if I was, it would be a total mess, because hey, I already know what I mean, so who needs to edit or clarify? I have a sort of Frankenstein’s monster (in the most positive sense) of an ideal reader in mind when I write, who is cobbled together from my writerly friends and other smart readers I’ve had over the years. And I actually find the best motivation comes when you’re writing for one person in particular, be it an editor, a mentor, a first reader, or someone else. There’s the desire to please, to impress, to pass muster, that keeps me working long past the hour where I would stop if I were just writing for myself—and that kind of incentive can help you get through the particularly sticky spots in a project. I find the claim of writing for oneself as odd as you do, absolutely.

To return to what we were saying about the idea of one character’s voice silencing another’s, I wanted to ask whether you have ever felt conflicted about muffling one character in favour of another? I’m also curious whether you ever experience anxiety (literary or otherwise) when writing about events from your own life. And if you find it’s harder if the truth is someone else’s experience (historical or otherwise), rather than your own?

Heighton: I just read David Grossman’s To the End of the Land—a book that feels to me about 200 pages too long but is still brilliant, vivid, and wonderfully translated–and I was struck by the aesthetic advantage Grossman gained by choosing to write in a semi-omniscient way, zipping between his characters’ perspectives, often within a single sentence, in the 19th-century manner. English-language literary fiction writers rarely do that now, so at first I found it jarring, but then I got used to it and I could see how it allowed Grossman to explore connections between his characters in a really immediate and concentrated way. The potential for ironic comedy was also stronger (though that isn’t something Grossman exploited very much). Anyway, I’m tempted to try the technique.

You bring up the anxiety of writing from life—one’s own stories or someone else’s stories. I’ve done that a few times. As you know, there’s a story in my new collection “based” on your experience of hiring yourself out as a subject in a drug testing clinic. As soon as you told me that you’d done that, and told me a bit about it, I wanted to base a story on it. I asked you if you’d mind—and by that point the story was already coming to life for me and diverging from your anecdote (which now, I must admit, I have no memory of: I’ve written right over it, forgive me.) Let me add that the depressed young Greek-Canadian protagonist—who’s sleeping all the time anyway and figures she might as well be getting paid for it—is not based on you in any way. For one thing, I don’t know you nearly well enough to base a character on you.

O’Connell: It was interesting to go from our conversation to reading the story, which is so much its own animal and so different from my anecdote. It’s a great example of how much we invent (and should invent) even when “inspired by true events.” I might write something based on the same experience at some point, with no anxiety about us overlapping, because I could no more write the same story as you did than I could speak in your voice.

I love the inevitability of writing as oneself—it’s freeing, because when you realize the impossibility of not bringing your own filter to a narrative, you can let go of the idea of owing truth or voice to anyone else. The only debt a writer owes is to the story itself.

Heighton: My last question for you: what are you going to do next, now that your first novel is out? Have you started a new book or do you mean to soon?

O’Connell: I have started something new… very, very new. It’s kind of gross right now, like a baby bird—awkward and ugly and weird, and I’m sitting there trying to tell it that it’s charming and smart and special.

The story is about a man who works as a background animator who falls in love with an empty apartment, and a girl with a plant-watering business who writes enigmatic greeting cards. Together they search for a missing woman.

I have an obsession with fairy tales and myths that has seeped into this project—in an indirect way, it’s a re-imagining of Sleeping Beauty. I’ve always had objections to that story, which makes it fun to re-interpret. It’s strange to be at the very beginning again after more than five years. Everything is familiar, but also completely different and disorienting. A bit like waking up after 100 years, I imagine. 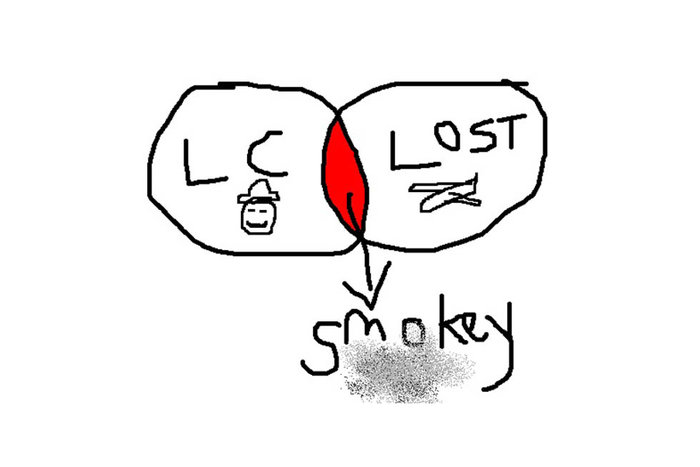 Venn Again
Leonard Cohen vs. the Smoke Monster from Lost 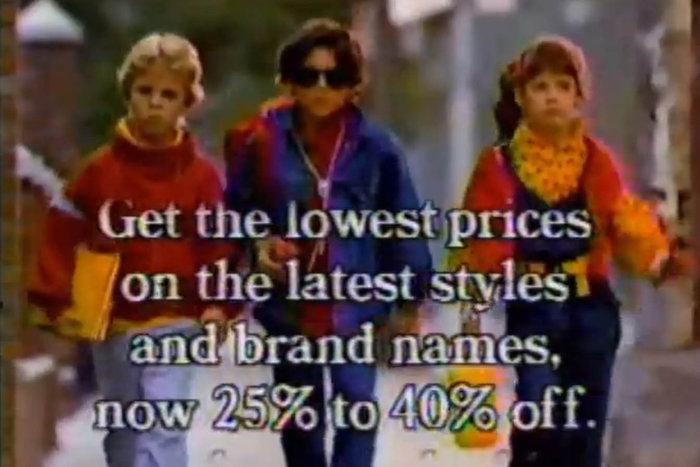 'Art Can Be A Story-Starter': Eliza Robertson and Lee Henderson in Conversation
Lee Henderson
The Fellowship of Mourning
Linda Besner