How Should a Person House-Sit? 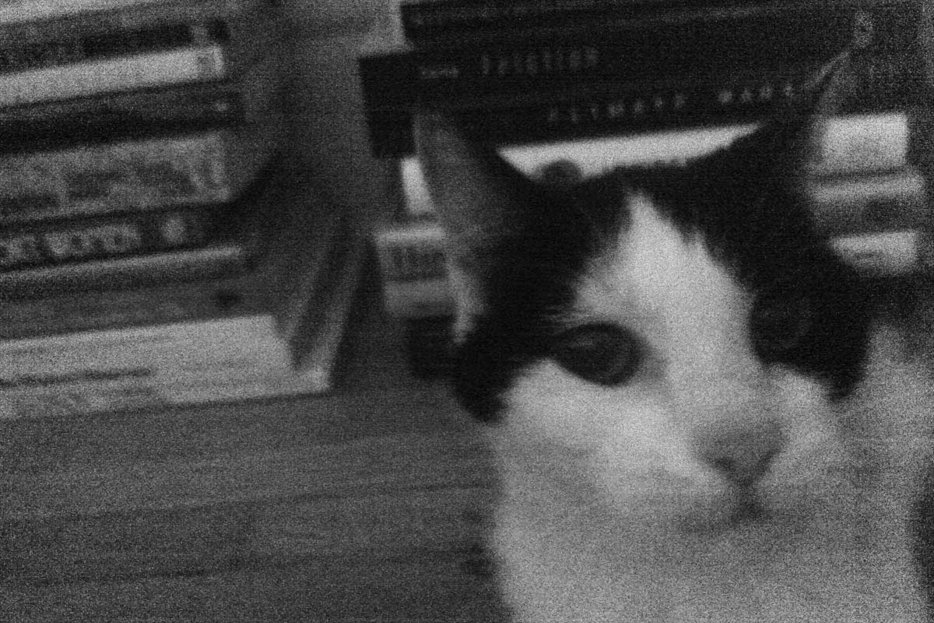 Sheila Heti and I don’t really know one another. I once wrote an article about an event she’d organized, and she exchanged a few generous emails with me before and after. Though I’ve seen her in real life—watched her onstage, spotted her in coffee shops and bars—we’ve never been introduced. We are Facebook friends. I am not one of the 400-or-so people she follows on Twitter.

A couple of months ago, Sheila sent me an email. She’d gone to New York with her boyfriend, leaving their cat and rabbit unattended back in Toronto. A mutual friend had mentioned my penchant for housesitting, so Heti had gone ahead and sent me directions to her house keys, as well as a list of low-maintenance pet-care instructions. She described the apartment as “a wonderful place to write and think, and the bed is the cosiest thing ever (I think!).” I was intrigued but perplexed. She’d already left? She was giving me her keys without actually meeting me? What if I was crazy? What if I was off visiting my pen pal in Edmonton? But I wasn’t. I was in Toronto, underemployed, and bored, so I said yes, because I wanted somewhere to write. And because I wanted to see Sheila Heti’s apartment.

How should a person housesit? Probably not like a paparazzo. Though if I’m being honest, the temptation is strong. Part of me is always hungry for the intimate lives of others. I can eavesdrop with a focus that I largely lack in my professional life, and my lust for personal details sometimes borders on the fanatic. This is one of the reasons I like housesitting: I like to look at other people’s things, to be in their spaces, to think about how they live. I try to indulge this curiosity ethically—to remember that another person’s keys are not a license to creep. It isn’t always easy.

I set up camp at Sheila’s apartment in the thick of the summer’s first punishing heat wave. From the outside, it was hard to spot the place through all the foliage—the house seemed more ivy than brick, and a shaggy hedge molested the high fence surrounding the yard. It had one of those appealingly spooky and overgrown gardens. I half-expected to hear Little and Big Edie cawing from the porch.

Inside, the place was like a library crossed with an antique store crossed with a petting zoo. Both the cat and rabbit had free reign of the grounds. Clumps of hay and half-eaten magazine pages chewed into confetti lay scattershot across the floor, and every few minutes I’d hear the Velcro sound of the cat giving a puncturing massage to some unlucky piece of furniture. I went back and forth between thinking “I want to live here!” and “it’s really weird that humans keep animals indoors!”

I had come intending to write, but the apartment’s book collection was seductive. And then I noticed copies of Heti’s second-most-recent book How Should a Person Be?, stacked in a tower on top of the bookshelf—the new American edition, the one Heti had in fact gone to New York to launch.

Though How Should a Person Be? is already a toddler’s age in Canada, its southern release has proved timely. The book’s reception kicked off in June with a slightly baffled New Yorker review by James Wood; his tepidness met backlash from those more intrigued by Heti’s work in The New York Times, The Los Angeles Review of Books, and in recurring articles on Slate. Countless reviews have compared the book—which centres on the lives of two women in their twenties and is subtitled a “novel from life”—to HBO’s Girls. And while How Should a Person Be? does drop nicely into an ongoing conversation about women’s writing, it’s zeitgeistiness reaches farther than that. The relationship between truth and fact has been tense lately. Mike Daisey’s factually-offside mash-up of personal narrative and labour exposé—along with John D’Agata’s sendup of fact-checking creative nonfiction—have raised questions about where journalism begins and ends, and nudged readers to re-examine the limits of narrative. Jonah Lehrer’s (and Aaron Sorkin’s) run-ins with self-plagiarism, as well as his quote fudging and his apparent liberties with scientific fact, have us ruminating on the meaning of integrity. The question of the moment isn’t just how should a person be, but how should a person write.

Heti’s novel sets up a deep ambiguity between the real and the fictional, and then rests comfortably within it. The novel is narrated by a character named Sheila Heti and is populated by characters from the real Sheila Heti’s life—painters, writers, and others with whom she works and plays. It contains emails and transcribed conversations that could as easily be real documentation as not. Despite the inclusion of maybe-reportage, the book has the symbolic weight of a novel, and the events described have only an implied relationship to truth. If the Daiseys and Lehrers have exposed the creep of fiction into non-fiction, then Heti’s book challenges its audience to accept the opposite.

Housesitting lets you enter and temporarily inhabit someone’s home, the way the voice of a first-person narrator may enter and inhabit your mind. It’s easy to forget that a space is not your own; likewise, it’s easy to forget where the narrator’s thoughts end and yours begin. As I handed my mind over to the fictional Sheila Heti, while sitting on the real Sheila Heti’s couch—petting her cat and drinking water from her tea cup while her book-hungry rabbit shuffled around my feet—I felt the line between the real and the fictional slip away from me a bit.

How should a person housesit? My answer became this: like an actor preparing for a character study. With fictional Sheila’s voice narrating my inner-monologue, I wandered around the real Sheila’s apartment. I lay down on her bed and actually thought it was the comfiest thing ever. Rifling through the clothes hanging in her closet, I discovered that she and I are the same size. I considered trying them on, until my real voice cut in long enough to say that this would be taking it too far. But a moment later, I was sampling lipstick from the basket beside the mirror. There were so many colours! I imagined being the kind of person who could wear a different colour of lipstick every night, and this seemed like an exotic and worthy goal. I could become that person. In the book, fictional Sheila concludes that a person should be a like a celebrity; the real Sheila was a successful writer I admired, with a lipstick collection I envied. The novel invites the reader into a kind of grey zone between the real and the fictional. I had taken her up on the offer and then some: I was acting like I owned the place. I wasn’t resting in the ambiguity; I was housesitting in it.

I read How Should a Person Be? in a fugue state over two afternoons. Then I put the book back on top of the bookshelf where I’d found it, wiped the lipstick off with Kleenex, and went back to my life. I thought about a lot of things. I talked to my interesting friends—the topic of the moment was whether someone we knew had really tattooed his entire face or whether it was a hoax, and we weren’t sure what we were rooting for. I avoided working on the manuscript of poems I’m supposed to be writing. No one has asked me to housesit in a while. 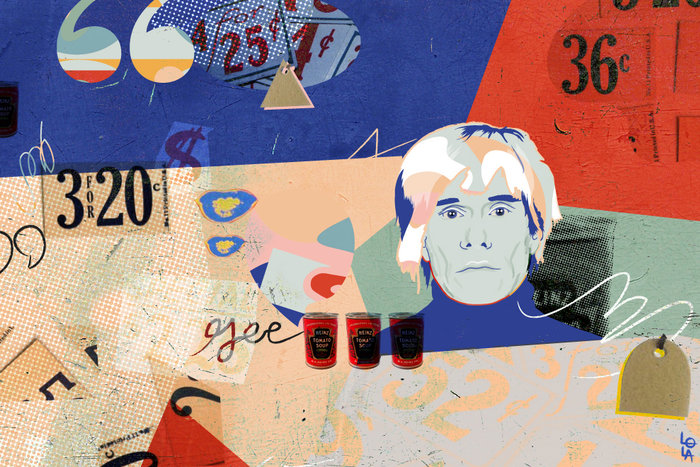 Culture
The Importance of Being Andy
Considering Andy Warhol on the 25th anniversary of his death; considering how Hitch considered Warhol in 1996 (when… 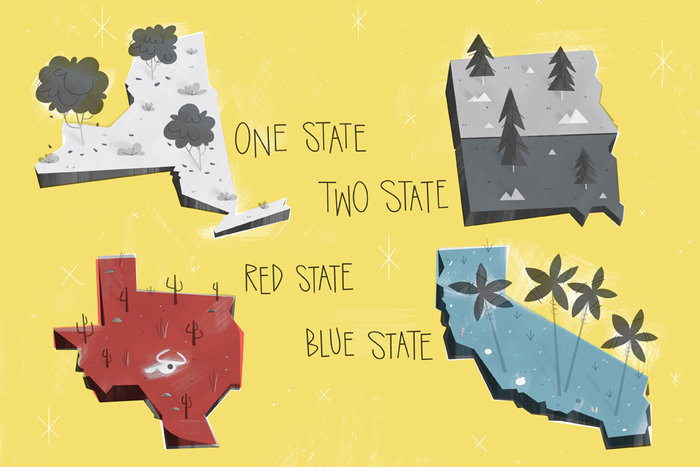 Sacrifice
Matthew Bremner
‘All My Antennae are Tuned to the Emotional Voltage of the Situation’: An Interview with Barrett Swanson
Suzannah Showler