Hostages to Fortune: What My Father Left Behind

A Father’s Day reflection, one year after the accidental death of the author’s own father, on the things that gather and accumulate in his absence. 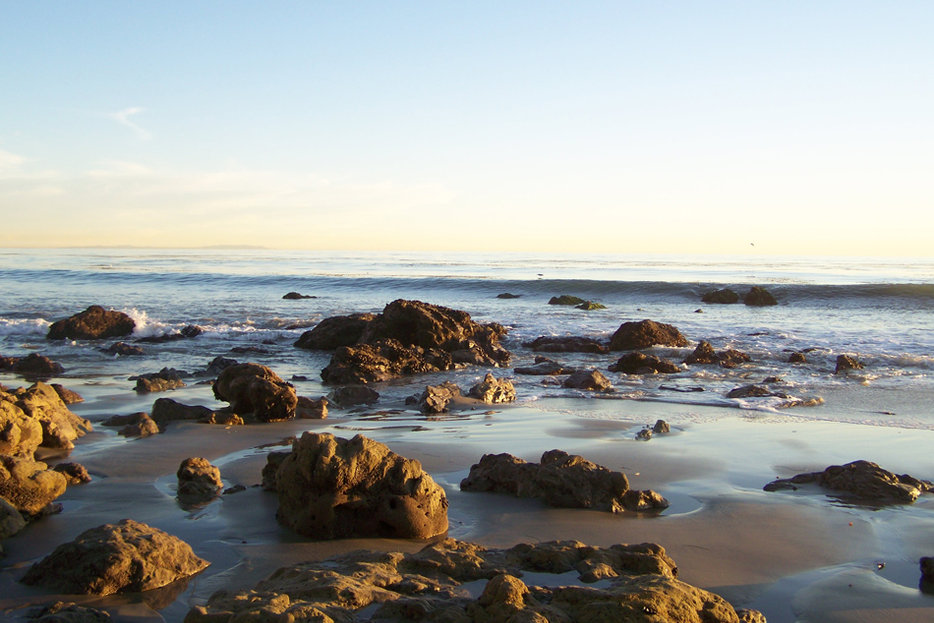 Around this time last year, I was reading an article by Ian Brown in the Globe and Mail about the slow decline into death of his 98-year-old father. I’d stumbled across it; even then, I never imagined my dad getting old. I was uncomfortable with the concept, this incomprehensible withering away. My dad hadn’t aged for as long as I’d known him, not really. True, the week before, home on a trip to Toronto, I was shocked by how lean—never frail, but slight—he was when we hugged. More lean than I remembered. But there was nothing old about a man in constant motion, and that was my dad. As I read, my cell phone rang. It was my mom. I ignored the call. I hopped in the shower. I was late for work.

A few hours later I learned my mom was calling to tell me my father had died. My beloved dad, a 54-year-old quiet force of a man. It was a bike accident, in Italy, overseas on a rare vacation with friends. June 19. A year later, it’s easier and more comfortable to take stock of what’s left than to pine for what’s gone. These are some of the things he left behind.

Condolences
“You didn’t do it,” I say when I feel glib now, to a handsome man over drinks or a new friend when they apologize for a cycling accident, on a winding Italian road full of switchbacks, that wasn’t anyone’s fault; not the truck driver who came around the bend or my dad who might have started to brake into the turn. It was dusty on the road, and the police report is in Italian but I’m pretty sure it says there are no criminals here, only bad timing. “Everyone’s parents die,” I say in a flat tone to a friend caught in the crossfire of my impatience. It’s the closest thing we have to a universal grief. Everyone’s parents die.

Lasagna
They began to appear everywhere. On our doorsteps, in the cool cement garage where his other bike hangs chained to the wall, in our upstairs fridge and in the one downstairs, where his pencil and shoes are on the workroom floor right where he left them, mid-reno. “Who made this one?” someone asked me during the ten days we spent waiting for the red tape to clear and the lackadaisical Italian funeral parlor to send home his body. And I looked at them, bewildered, wondering wasn’t it just an extension of the other two hundred lasagnas, forming one gargantuan, teary puddle of tomato sauce and ground beef. Looking back, I guess they couldn’t have all been pieces of some lasagna planet in the sky—I know at least two were vegetarian.

A duffel bag
This is the sickest kind of Christmas, the morning the two men come to give us back his belongings, a red MEC duffel bag and backpack. It’s like he is a felled soldier—the ceremonious returning of the things. Except a soldier’s family lives in fear, with a simmering knowledge that one day they may endure this solemn rite. They know there’s a chance their loved one won’t come back. My dad was just away on vacation with one of his oldest friends and some other dudes in their 50s. They trained for months and shaved their legs to improve their aerodynamic…ness. My dad refused. My mom really liked his legs. She takes the duffel bag up to their room and it sits on the hardwood floor for many weeks.

Is a sudden death worse than a slow one? There are no goodbyes. I’d said “I love you” the night before he left—not because I had any idea it would be the last time, but because I did, so I thought he should know.

After he died, I found meaning in everything, those small ironies that feel like slaps of realization. I wanted them to be comforting, these acts of seeing him everywhere. They weren’t. A week after the funeral I returned to Yellowknife, where I was living at the time, and found my bike locked outside the movie theatre where I’d left it. It was a Peugeot—the same brand of bike my mom bought my dad as a wedding gift 30 years before. In my absence, someone had beaten the shit out of it. They saved me the trouble, I guess.

Water bottles and rugby shirts
One of the earliest memories I have of my dad is him driving my sisters and me to our uncle’s ski cottage in Ellicottville, New York, where we spent March Breaks and holidays growing up. On these road trips, the driver owned the radio. “Losing My Religion” became an anthem. “Shiny Happy People” was our power song at the end of a long ski day. Level 42, Talk Talk, OMD. All recorded tapes stacked in the compartment below the radio that my mom would pull out and read through, picking out what my dad wanted to hear next.

After he dies, small bits start to go missing. The black book of CDs (The Doors, The Police, Led Zeppelin) has disappeared from our little blue Toyota, though neither my mom, sisters or brother will cop to taking it. We still have that OMD compilation, though, a band that will forever make me think of my dad and his friend Hank bobbing their goldilocks-curls in unison in the ’80s, because new-wave was my dad’s jam and what else do you do with a friend named Hank, really? (My mom remembers later that she put the CDs away, in his armoire, to make sure they wouldn’t get lost.)

We each begin to gravitate toward these pieces. My brother wears one of my dad’s rugby shirts handsomely, and plays hockey in his old equipment. I lay claim to three blue Camelbak water bottles, vertical indentations from where the bottle cages scraped along their sides as they were called in for duty and my dad took a swig. Our last name, Laidlaw, in my dad’s steady printing in permanent marker on the bottoms—one on my night stand, one next to my desk in my new office in Montreal, one on my own road bike, beacons guiding me to places he had never been or will be again. Yet my hand clasps those bottles just so, like it is slipping into a hand slightly bigger and infinitely stronger than my own.

Proof of Heaven
Technically this wasn’t left behind, it was acquired later. There is a copy of Proof of Heaven on my mom’s bedside table, a gift from my dad’s best friend. I have a copy too, and try to read through the tale of an adrenaline junkie neurosurgeon whose near-death experience convinces him of heaven’s existence. I find no answers there. Four years ago, I flipped a car off a highway in rural Quebec, about an hour outside Val D’Or. I remember everything hanging, paused, and I remember wondering if I was going to die as I watched the windshield fill slowly with fluffy white clouds of snow. It was like a scene in Ghostwriter or one of those kids’ shows, where you stop and the whole world moves very slowly, swirling around you until the moment breaks. My moment broke and I was alive, but I didn’t see God. Maybe I didn’t get close enough.

I turn instead to Joan Didion. Children are hostages to fortune. She writes about her daughter, Quintana, growing ill and dying, and about how she wanted to protect her from everything but couldn’t, because there is risk everywhere in the great wide world. Hostages to fortune. I can’t get that phrase out of my head. Of course, our contexts are different. I am a child who has lost a parent. I never sacrificed for my dad the way he sacrificed for me. I will never take care of him now. Sudden, early death breaks the cycle, the unspoken parent-child contract. He is frozen in time, life remaining in his every fibre and cell and I don’t have to—or don’t get to?—watch that slowly be swept away.

At the end of The Year of Magical Thinking, Didion’s first memoir on death, after her husband’s sudden heart attack, she hangs a string of lights. She calls it a gesture of faith in the future. At the time, when I read it years ago, I thought, oh, what a pretty turn of phrase. It’s not a turn of phrase at all. It’s because she could actually physically get out of bed, use her arms to pick up that cord of lights and string them across a window. It sounds simple, but it’s not. In that moment, she could finally see there was a day after tomorrow that he was not coming back. 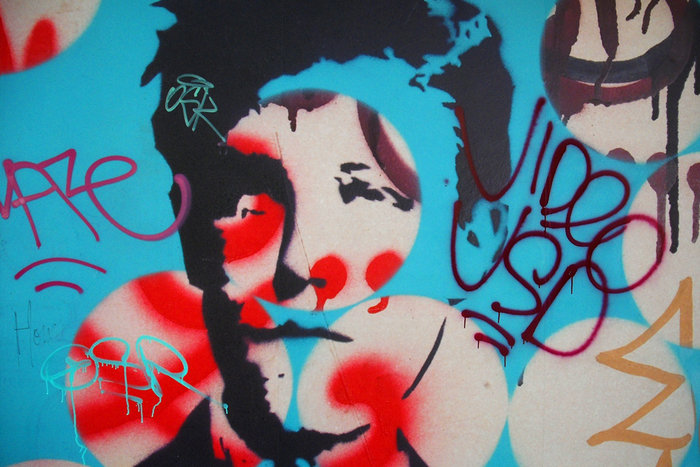 Tangent
I Can Sing A Rainbow, Too
Synesthetes are special individuals—just look at Nabokov or Billy Joel—but recent neuroscience shows that the ability… 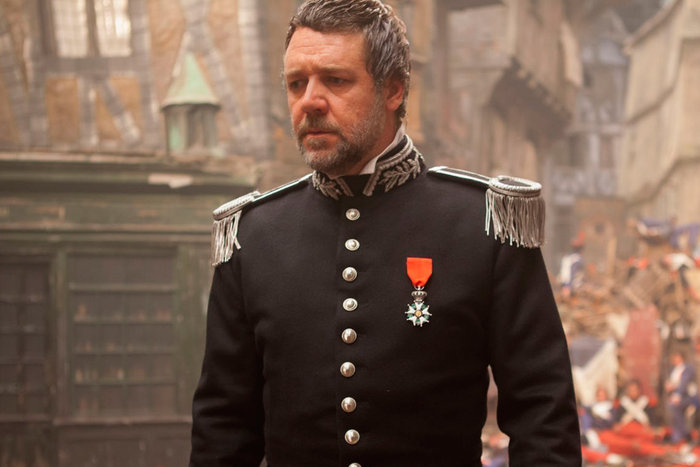 Culture
How Les Miserables Got to Taksim Square