Hollywood and WWII: The Kings of Propaganda

During WWII, five of Hollywood’s most successful directors donated their careers to the war effort. Mark Harris’s Five Came Back explains how they made art out of propaganda and refined their voices, shaping mainstream cinema in the years to come. 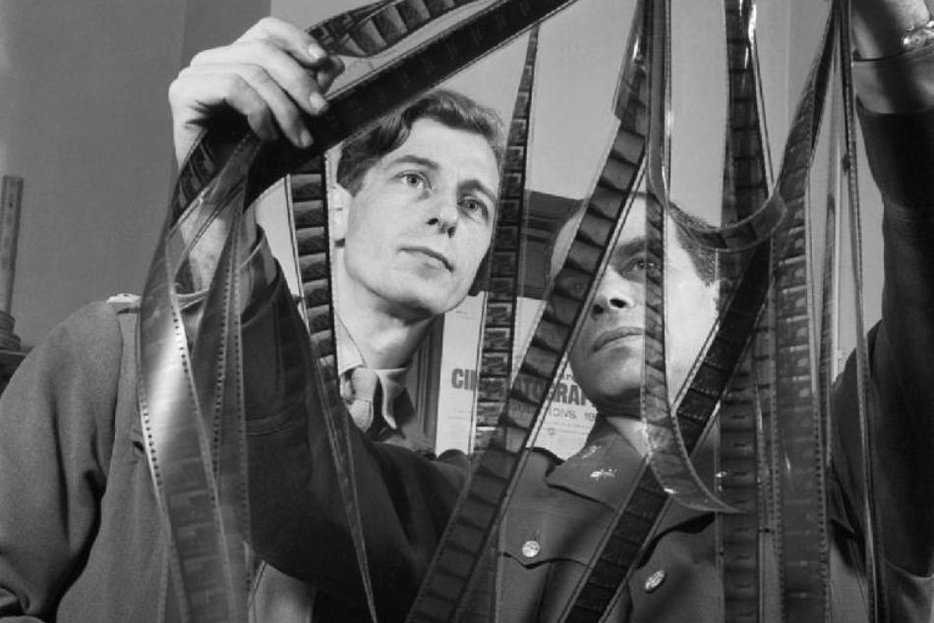 In his 1961 autobiography, Frank Capra wrote about attending a top-secret screening of Triumph of the Will shortly after the United States entered World War II, and feeling hopeless. So incendiary that only two copies existed in the United States, Leni Riefenstahl’s spectacular images of hordes of goose-stepping Nazis were considered state-of-the-art propaganda. “I could see where the kids of Germany would go any place, die for this guy,” Capra wrote. “How do we counter that?”

His solution was to use the footage against itself. In “Why We Fight,” a series of six documentaries he directed for the U.S. Army, Capra used extensive footage from axis propaganda films to illustrate their incompatibility with American values. In Prelude to War, shots similar to Riefenstahl’s are played against tsk-tsking narration: “They gave up their rights as individual human beings. Became a part of a mass. A human herd.” In life, Capra was sometimes chided for the fuzzy, nonpartisan populism of his films, but his WWII documentaries articulate his one coherent political view: fear of the mob mentality that nearly kicked Mr. Smith out of Washington

Capra is one of five filmmakers profiled in Mark Harris’ Five Came Back who put aside busy Hollywood careers to make documentaries for the war effort (the others are John Ford, William Wyler, John Huston, and George Stevens). General George Marshall (the army’s Chief of Staff) asked Capra for films “which would show the man in uniform why he was fighting, the objectives and aims of why America had gone into war, [and] the nature and type of our enemies.”

In the wake of Pearl Harbor, President Roosevelt appointed Lowell Mellett to oversee the Office ofWar Information’s Bureau of Motion Pictures, acting as a liaison between Hollywood and Washington. Powerful figures like Marshall and General Frederick Osborn (of the army’s Morale Branch) saw film as a powerful tool for educating both civilians and soldiers. More than the name of a single propaganda series, “Why We Fight” became a statement of principles: the film industry as a tool to sell Americans on both the war and the American way of life.

Like Pictures at a Revolution, Harris’ extraordinary study of the 1967 Oscar contenders, Five Came Back chronicles how filmmakers both shaped and reacted to a decisive moment in American history. It’s also an auteurist-minded analysis of how five strong-willed directors made personal statements in the most rigid of genres, government propaganda. Capra, an Italian immigrant whose politics Katharine Hepburn described as “Happy to be here,” was enough of a naïf before the war that he could admire both Roosevelt and Mussolini, but his earnest faith in American liberty informed Prelude to War’s central dichotomy. “Let our boys hear the Nazis and the Japs shout their own claims of master-race crud, and our fighting men will know why they’re in uniform,” he wrote later.

Capra, an Italian immigrant whose politics Katharine Hepburn described as “Happy to be here,” was enough of a naïf before the war that he could admire both Roosevelt and Mussolini, but his earnest faith in American liberty informed Prelude to War’s central dichotomy. “Let our boys hear the Nazis and the Japs shout their own claims of master-race crud, and our fighting men will know why they’re in uniform,” he wrote later.

The filmmakers in Harris’ book were at or near the peak of their success when they put their Hollywood careers aside. Even before December 7, John Ford was anticipating his involvement in the inevitable war (he was reportedly disgusted at frequent collaborator John Wayne for avoiding military service). William Wyler and John Huston, who saw their stocks rise when Mrs. Miniver and The Maltese Falcon were hits in 1941, reluctantly stepped away out of a sense of duty. George Stevens, a prolific director of comedies and musicals, was frustrated when studios refused to let him tackle social issues; he saw military work as a chance to do something meaningful.

To my eyes, Capra comes across as the most natural propagandist among his contemporaries. He had an instinctive understanding of how to undercut the enemy’s ideology; an ability to boil down complicated concepts and histories into bite-sized nuggets; and a fondness for sentimentality. Prelude to War begins with a globe literally split between “the free world” and “the slave world” (the latter pitch black), and Capra efficiently summarizes how the two diverged after the Great War. His final appeal: “It’s us or them.” Unlike the other directors, Capra didn’t see combat. “They had sought truth with their cameras … Capra’s task had been to package and sell it,” notes Harris.

As for the other filmmakers, much of Five Came Back is about the tension between their artistic inclinations and the mandate to sell the war to the public. John Ford’s Battle of Midway (1942) was both the most popular propaganda film of the war, and, in Harris’s words, “perhaps the most personal, idiosyncratic, and directorially shaped movie made by any Hollywood filmmaker under the auspices of the federal government during World War II.”

On the isolated Pacific island of Midway, the camera lingers on a soldier while a female voice says, “That’s young little Jimmy. He’s from my hometown of Springfield, Ohio. He’s not gonna fly that great big bomber?” We see Jimmy’s mother (“She’s just like the rest of us mothers in Springfield or any other American town”), his engineer dad (“38 years in the old Ironton railroad”), and his sister Patricia (“She’s about as pretty as they come”).

The Japanese attack, and, after a hard-fought battle illustrated with vivid documentary footage, the U.S. scores its first great naval victory. Instead of savouring the glory, Ford lingers on the search for American survivors, and brings back the maternal narration: “Get those boys to the hospital. Please do, quickly. Get them to clean cots and cool sheets. Get them doctors and medicine, and nurses’ soft hands.” He shows us a funeral, held next to the pile of rubble that was once a chapel. Harris compares the film to Ford’s The Grapes of Wrath, noting its distinctly Fordian “sentiment, emphasis on loss, duty, and sacrifice.”

As Hitler’s power grew in the ’30s, and in the early days of war, explicit anti-Nazi sentiment was taboo for studios who wanted to maintain European markets. When American intervention became a growing inevitability, some studio heads with anti-Nazi inclinations began commissioning cinematic “recruiting posters” to sell Americans on fighting for their country (although these were not official government productions).

William Wyler, meanwhile, spent months flying over Germany and France with the close-knit crew of the Memphis Belle. Wyler spoke of the “just plain, honest-to-God fear” he felt on the missions, and channeled some of that anxiety into his documentary, The Memphis Belle: A Story of a Flying Fortress (1944). Among army officials, its air of melancholy was cause for concern: a shot in which a chaplain blesses the pilots was ordered cut for suggesting “a resigned finality,” rather than the patriotic spirit that propaganda was supposed to convey. An endorsement from President Roosevelt, however, allayed most worries.

Depicted as something of a hard-living libertine, John Huston anticipated a glamorous lifestyle as a wartime documentarian. Instead, he was confronted by “the particular combination of boredom and fear” on Adak Island, the American base closest to Japanese territory. His film Report from the Aleutians (1943) spends as much time on the tedium, loneliness, and anxiety of the soldiers on Adak Island as they prepared for their Japanese bombing missions as it does on the missions themselves. Huston reportedly saw himself as more of a war reporter than a propagandist, and when the second half shifts its focus to the bombing, it’s “almost as if, having explored his own interests, he began delivering the assignment,” Harris says.

George Stevens spent most of the war years on the sidelines before being called to document D-Day alongside Ford. After the war, he accumulated evidence for the Nuremberg trials by filming what remained of the concentration camps, telling his crew to make a record of everything, no matter how gruesome. His grueling film Nazi Concentration and Prison Camps (1945) alternates shots of the disfigured remains of prisoners with the Nazi guards who claim to have been unaware of what had happened.

Among popular-press film writers, Harris stands alongside only J. Hoberman for his talent at reading film history through American history (a trait he even brings to his regular gig as Grantland’s Oscar prognosticator). More than just a study of five directors and their military-funded propaganda films, Five Came Back shows how the war manifested itself in the commercial Hollywood cinema.

Cinematic depictions of the previous war had been relatively rare—All Quiet on the Western Front (1930) was considered the definitive statement on the topic. As Hitler’s power grew in the ’30s, and in the early days of war, explicit anti-Nazi sentiment was taboo for studios who wanted to maintain European markets. When American intervention became a growing inevitability, some studio heads with anti-Nazi inclinations began commissioning cinematic “recruiting posters” to sell Americans on fighting for their country (although these were not official government productions). Warner Brothers scored one of its biggest hits with Howard Hawks’ Sergeant York (1941), a paean to the glories of combat greatly exaggerated from the life of a real World War I hero.

In the first two years of America’s involvement, war-themed films were cranked out on assembly line. In addition to the serious fare, even throwaway entertainments had to address the American way of life: the Invisible Man fights the axis, Abbott and Costello join the service, and so on.

As the war dragged on, and moviegoers saw hundreds of war-themed films and newsreels, they grew weary of movies that dealt realistically with the conflict. Harris cites the 1944 Oscars as representative of the shift towards escapist entertainment: In Which We Serve—a British propaganda film supported by the Ministry of Information—lost to Casablanca, which uses the war as an exotic backdrop. But after the war, when Capra’s It’s a Wonderful Life and Wyler’s The Best Years of Our Lives went head-to-head at the box office, audiences preferred Wyler’s melancholy epic about returning veterans to Capra’s sentimental tale. Harris suggests that a cloud of trauma can be felt in popular Hollywood cinema of the mid- to late-1940s: the bleakness of film noir, the social drama of Elia Kazan, the bitter comedy of Billy Wilder.

The same could be said of the filmmakers who saw combat. Capra quickly found himself out of fashion, but for Stevens, Huston, and Ford, “their experiences during the war had strengthened their resolve to let nothing compromise their work,” says Harris. These directors would go on to make some of their richest films (The Searchers, The Quiet Man, Treasure of the Sierra Madre, et al.), but it was George Stevens—who once filmed Fred, Ginger, Laurel, and Hardy—who crystalized as an artist. In 1953, frustrated by the popularity of violent westerns, he made one of the genre’s saddest and most haunting films, Shane. Harris quotes Stevens as saying, “In Shane, a gun shot, for our purposes, is a holocaust. And when a living being is shot, his life is over.” 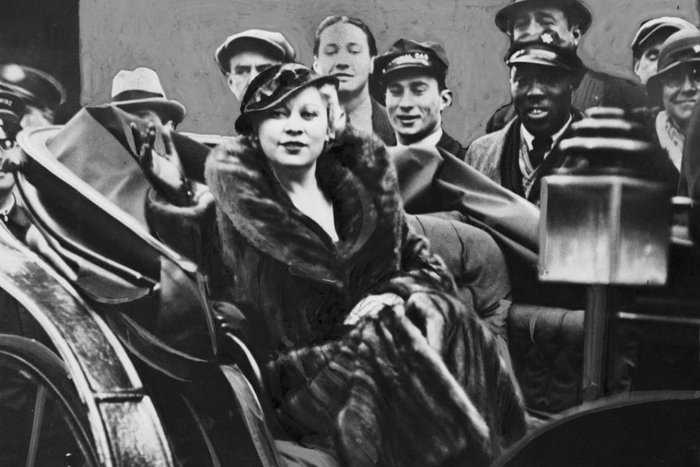 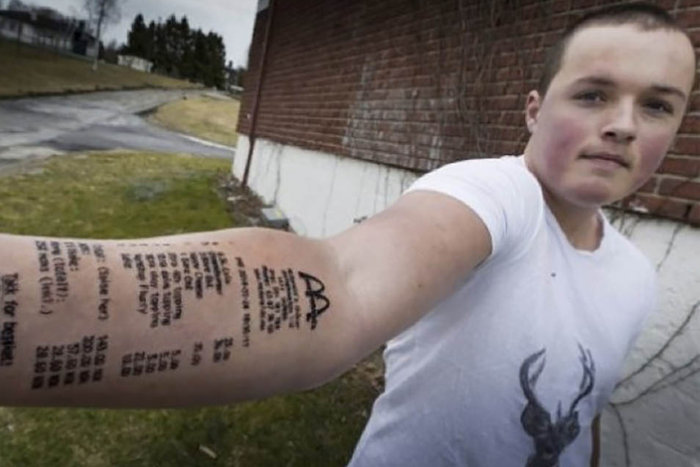