Hemingway, the Lady, and the Tramp

Once upon a time two Hemingway admirers set out to meet their idol. What happened next helped make literary history.

In 1934, Hemingway had two unexpected encounters: one with a sooty, mosquito-bitten tramp, and one with a wealthy society lady. Both sought him out as a literary idol, and both wanted the same slightly pathetic thing: to be near him, just for a while. One was accepted, and became a casual footnote for Hemingway biographers; one was rebuffed, and inspired one of the most celebrated short stories of all time.

The tramp was a kid named Arnold Samuelson, who rode the tops of freight trains down to Florida to land on Hemingway’s doorstep. He wrote a book of his own about the experience: “It seemed a damn fool thing to do, but a twenty-two-year-old tramp during the Great Depression didn’t have much reason for what he did.” His account of that ride, hanging onto the shaking top of the train car, is beautiful: “Looking down over the side of the car, I saw the sun lighting the clear shallow water…I sat on the catwalk with my knapsack beside me thinking this must be the most beautiful train ride ever, and it was absolutely free. It was obvious the trainmen knew I was there, but nobody bothered me.” Hemingway took pity on Samuelson and gave him a job as crew on his new fishing boat, nicknamed him “the Maestro,” and helped him with his own writing. It was a glorious opportunity, exactly what Samuelson had dreamed of.

The identity of the woman is a trickier question. In the published version of Hemingway’s “The Snows of Kilimanjaro,” the woman who accompanies the dying hero—he’s stuck on the African plain about to kick the bucket with a gangrenous leg—has no name. (That is, unless you count “bitch.”) In earlier drafts of the story, however, the woman’s name is Helen. And according to Hemingway’s letters of the period, “Snows” was based on a real-life proposition he received (whether intended sexually or otherwise, not enough evidence survives for us to know). He wrote to his friend General Buck Lanham in 1947:

“I put what I thought of the very rich (on a limited scale) into The Snows of Kilimanjaro. Probably told you the story of that one. When I came back from Africa where I had been happier than I ever was in my life some reporter asked me what I was going to do and I said earn enough money to go back to Africa. So that was in the paper and the next day one of the richest (and nicest) women in US. wrote me a note and asked me to have tea (Bourbon was tea) with her and told me she had read what I said in the paper and that I didn’t need to make money to go to Africa. She had all the money that was needed for that. There was a lot more to the story but I wrote the Snows as a study of what would or could have happened to me if I had accepted the offer.”

The offer, according to Hemingway, was to fund his further travels in Africa provided she be allowed to come too. Hemingway was married at the time, and the woman proposed that the three of them go together. Hemingway refused her.

In his book, Hemingway’s Boat: Everything He Loved in Life, and Lost, Paul Hendrickson makes the case that the woman who inspired “The Snows of Kilimanjaro” was a prominent member of one of the richest families in America: her name was Helen Hay Whitney. Hendrickson writes: “I believe Hemingway both wanted and didn’t want us to know her name. It’s almost as if Hemingway was baiting his future chroniclers with hints, not to say courting libel in his own day.” Helen Hay Whitney was, as Hendrickson puts it, “very much and litiginously alive” when the story was first published in 1937.

I have on my desk a leather-bound book with gold-tipped pages published in 1878 with the following title and subtitle: The Whitney Family of Connecticut, and its Affiliations; Being an Attempt to Trace the Descendants, as well in the Female as the Male Lines, of Henry Whitney, From 1649 to 1878; To which is Prefixed Some Account of the Whitneys of England. It’s as heavy as a cat (Hemingway’s favourite company) and runs to 916 pages; this is only Volume One. The Whitney Museum of American Art in New York City houses an art collection of some 19,000 pieces and had, in 2011, an endowment of $207 million. The Helen Hay Whitney Foundation (founded in 1947 by Helen’s daughter, who named it for her recently deceased mother) funds research in biomedical sciences. When Helen’s husband died in 1927, the estate he left behind was the largest American lawyers had ever had to settle.

Let’s believe that Hendrickson is right about the identity of this rich (and nice) US woman. I can’t decide whether it’s Samuelson or Whitney who got the better deal. I would rather ride the top of a freight train beside the ocean than breed racehorses (Whitney was known as the First Lady of the American Turf), and in some ways it seems as though Whitney would have preferred it, too. She was, in addition to being the daughter of the Secretary of State, a well-known poet of the day, and her poems occasionally suggest the romantic yearning for a freer existence. In a poem called “The Hedge,” published in Harper’s in 1906, the speaker lives in a garden surrounded by heliotrope and pansies, but it’s the breath of the outside world that calls to her: “But the ghost, Gods, the ghost in the gloaming,/ How it lures me with whispers and cries,/ How it speaks of the wind and the roaming,/ Free, free, ‘neath the Romany skies.” In the poem’s final lines, she writes: “And caged in my beautiful closes,/ I know what it is to be old.”

That final couplet resonates more deeply for me when I consider that Hemingway’s short story dramatizes the same feeling. The protagonist, Harry, approaches death from inside his own beautiful cage. I don’t know if Hemingway would have taken the time to read some of Whitney’s verse; even if he did, he probably wouldn’t have read it as closely as he read Samuelson’s, his literary deckhand and protégé. But in a very tangible way, Whitney was an influence on Hemingway. He thought about her. He thought about what she meant, why she made the offer she did, what kind of person she was. And while Hemingway’s depiction may not be flattering, Whitney’s offer bought her immortality.

Both Samuelson and Whitney approached Hemingway after seeing the same photograph in the newspaper: Hemingway and his wife, Pauline, leaning over the rail of the SS Paris as they land in New York City, returning home after their long trip abroad. Whitney was probably reading the Herald Tribune, which (Hendrickson notes) was “the highbrow newspaper of choice in Manhattan.” Samuelson was in Minnesota reading the Pioneer Press. She probably put down her teacup, rang for one of her servants. He tore the picture out and put it in his knapsack. The lady and the tramp, converging on the same idea, spurred by the same hope. 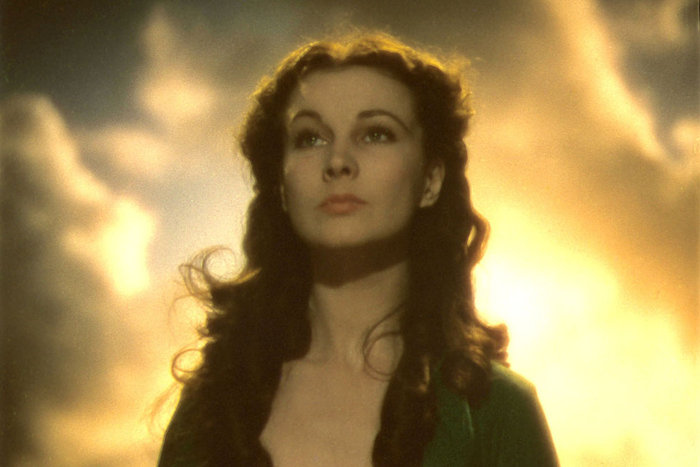 Speak Internet!
The Death Of Love, An Algebraic Deliberateness