The Five Cruelest Works of Literature

Literary works that inflict terrible cruelty upon their characters—and upon you, dear reader.

Katherine Leyton’s poetry and non-fiction have appeared in The Malahat Review,... 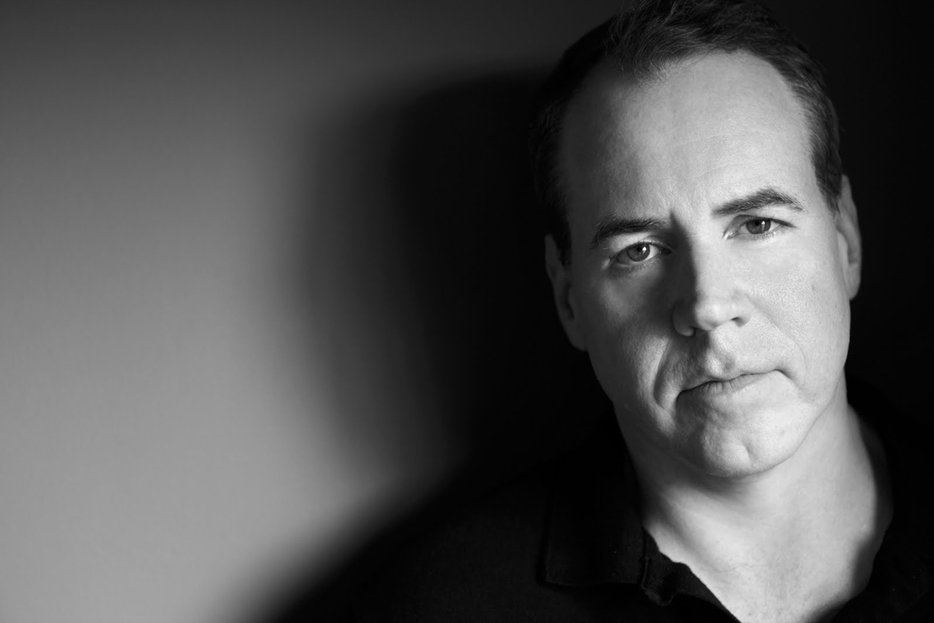 “We ought to read only books that bite and sting us. If the book we are reading doesn’t shake us awake like a blow on the skull, why bother reading it in the first place?…What we need are books that hit us like a most painful misfortune, like the death of someone we loved more than we love ourselves, that make us feel as though we had been banished to the woods, far from any human presence, like a suicide. A book must be the axe for the frozen sea within us.”

I want to punch Frederick Seidel in the face. Seriously. I also want to thank him. He degrades, demeans, and objectifies with uncanny skill, but I don’t think it’s for nothing.

In “A Song for Cole Porter,” he brags about his numerous girlfriends, says of one, “I make her oink when we fuck” and ponders this query: “I for years was unable to decide,/Tits or ass? And don’t forget legs./Which one do you think is the best?”

In “Pain Management”: “The Caribbean nannies in the park are savage sausages/On cell phones.”

In “Dante’s Beatrice” he equates a woman with a car:

In an interview with the New York Times, Seidel was once asked why he thinks his poems disturb readers so much: “I think it’s an unembarrassed tone,” he replied, “…a calmly unembarrassed tone while saying something ‘unacceptable.’ The word unacceptable of course has quotes around it. They are unapologetic, the poems are—the tone is.” He has also said “I like writing disagreeable poems” and that in order to offend one can simply “write beautifully what people don’t want to hear.”

It’s Seidel’s awareness of what people don’t want to hear that prompts me to see more in his sexism (and racism) than pure hate. Speaking as an extremely rich, white, American man, he exposes a perspective we suspect but like to ignore.

Does he express all this with the intention of raising our awareness? “Art can’t do a thing,” he once said in an interview with The Paris Review. Maybe it doesn’t matter.

In “The Guilty Party,” one of the short stories in Haunted, a new mother suffers abuse at the hands of her baby, aptly named Jocko. (Whether this is a product of the mother’s distressed mind or some freak supernatural occurrence is unclear.) One morning, Jocko comes into the bedroom to wake her:

“ ‘Momma damn you don’t try to hide, you can’t hide from me, damn dumb bitch, don’t you know who I am? And I’m hungry.’
Faintly she protested, ‘You’re always hungry.’
He tugged the bedclothes rudely away from her, exposing her so hastily she pulled up one of the straps of her nightgown to hide her flat slack bruised breast that had never recovered from Jocko’s furious sucking.”

As the story progresses and the mother faces more invective from her inescapable child, she tells the story of being abandoned by Jocko’s father, whom Jocko has decided should be punished. The pair does end up exacting revenge but the story, like all of the stories in Haunted, does not have a happy ending.

In “The Bingo Master,” a woman nearing 40 is determined to finally lose her virginity. The process of finding a mate is an awkward one, but she persists. One night her quest takes her to the bingo hall, where Bingo Master Joe Pye presides over the night’s game. After seducing her in a hotel bar, he brings her up to a room and she begins to undress: “pulls her straps off her skinny shoulders and bares her chest, her tiny breasts, Rose Mallow Odom, who had for years cowered in the girls’ locker room at the public school, burning with shame, for the very thought of her body filled her with shame, and now she is contemptuously stripping before a stranger who gapes at her…”

“… people don’t do like this, not this way, not so fast and angry,” Joe Pye says. His eyebrows arch, his eyes narrow with disapproval; his stance radiates great dignity.

When Rose asks whom he intends when he says “people,” he replies “decent people” and begins to beat her:

Suddenly she is on the floor, something has struck the right side of her mouth, she is staring up through layers of agitated air to a bullet-headed man with wet mad eyes whom she has never seen before.

He then kicks her out and she stands naked and confused in the hall, crying and asking over and over: “What people?”

Haunted eradicates the notion that cruelty and suffering have meaning. “We fear most the loss of meaning,” Oates once wrote in an essay on fear. “To lose meaning is to lose one’s humanity, and this is more terrifying than death, for death itself, in a coherent cultural context, always has meaning.”

No one vacates the meaning from life better than Sylvia Plath. In “Tulips,” the speaker lays in the hospital in some sort of “snowed-in” state between life and death, where “tulips are too excitable” and all she wants is “to lie with my hands turned up and be utterly empty.” She resigns:

And I see myself, flat, ridiculous, a cut-paper shadow
Between the eye of the sun and the eyes of the tulips,
And I have no face, I have wanted to efface myself.
The vivid tulips eat my oxygen.

She portrays life as an irritant:

My husband and child smiling out of the family photo;
Their smiles catch onto my skin, little smiling hooks.

I have let things slip, a thirty-year old cargo boat
Stubbornly hanging onto my name and address.

In “Lady Lazarus,” where she has risen from another brush with death, her skin is as “bright as a Nazi lampshade” and “Dying/ is an art, like everything else/I do it exceptionally well/I do it so it feels like hell./I do it so it feels real./I guess you could say I’ve a call.’

Plath did not intend to simply infect the reader with her personal suffering. In an interview with Peter Orr of The British Council in 1962 she said, “I think my poems immediately come out of the sensuous emotional experiences I have…I think that personal experience is very important, but certainly it shouldn’t be a kind of shut-box and mirror-looking narcissistic experience. I believe it should be relevant, and relevant to the larger things, the bigger things such as Hiroshima and Dachau and so on.”

Hughes’ cruelty is remarkably similar to Plath’s. In “Examination at the Womb-door,” which describes a birth, he writes:

Marriage and love in Hughes’ work is reduced to a dark and hideous battle, as in “Her Husband”:

Comes home dull with coal-dust deliberately
To grime the sink and foul the towels and let her
Learn with scrubbing brush and scrubbing board
The stubborn character of money.

Or in “Lovesong,” where love is characterized as a violent, destructive obsession, in which “her smiles were spider bites/So he would lie still till she felt hungry” and “his promises were the surgeon’s gag/her promises took the top off his skull,” and “their screams stuck in the wall/Their heads fell apart into the two halves/of a lopped melon, but love is hard to stop.”

And in “Crow’s First Lesson,” where God urges a crow to say “Love,” but the crow refuses and instead retches up other creatures:

And Crow retched again, before God could stop him.
And woman’s vulva dropped over man’s neck and tightened.
The two struggled together on the grass.
God struggled to part them, cursed, wept—

“[Art] works on the artist as a healing.” Hughes said in an interview with The Paris Review in 1995. “But it works on others too, as a medicine. Hence our great, insatiable thirst for it. However it comes out—whether a design in a carpet, a painting on a wall, the shaping of a doorway—we recognize that medicinal element because of the instant healing effect, and we call it art. It consoles and heals something in us.”

Glamorama’s protagonist, Victor Ward, is a model in mid-’90s Manhattan who calls every one baby and can barely think past his “high cheekbones,” “ivory skin,” “perfect nose,” and “huge lips.” He is perpetually name-dropping, perpetually on Xanax, and perpetually betraying those closest to him.

When his friend and business partner (whose girlfriend he’s sleeping with and whom he’s also double-crossing in business) asks him what his secret with women is, he says it’s “never complimenting them,” explaining: “If they ask tell them, y’know, their hair looks bleached…Or if they ask tell them their nose is too wide…”

And when a journalist suggests there’s something to life beyond beauty, he says:

It isn’t until he gets inducted into a ring of supermodel terrorists (supermodels make good terrorists because they’re good at following orders, explains the ring’s leader), that he begins to grow any sort of conscience. The violence in this section of the book is painstakingly detailed. One passage, from over three pages detailing the carnage of a plane bombing:

“People are rammed backward, bent in half, pulled up out of their seats, teeth are knocked out of heads, people are blinded, their bodies thrown through the air in the ceiling and then hurled into the back of the plane, smashing into other screaming passengers, as shards of aluminum keep breaking off the fuselage, spinning into the packed plane and shearing off limbs, and blood’s whirling everywhere, people getting soaked with it, spitting it out of their mouths, trying to blink it out of their eyes, and then a huge chunk of metal flies into the cabin and scalps an entire row of passengers, shearing off the tops of their skulls, as another shard flies into the face of a young woman, halving her head but not killing her yet.”

The reasons for the supermodels’ terrorism are left vague—the violence as meaningless as the life Victor Ward leads in Manhattan.

Katherine Leyton’s poetry and non-fiction have appeared in The Malahat Review, The Edinburgh Review and The Globe and Mail, among others. She is also the founder of HowPedestrian.ca, a highly unorthodox video poetry blog. She lives in Toronto. 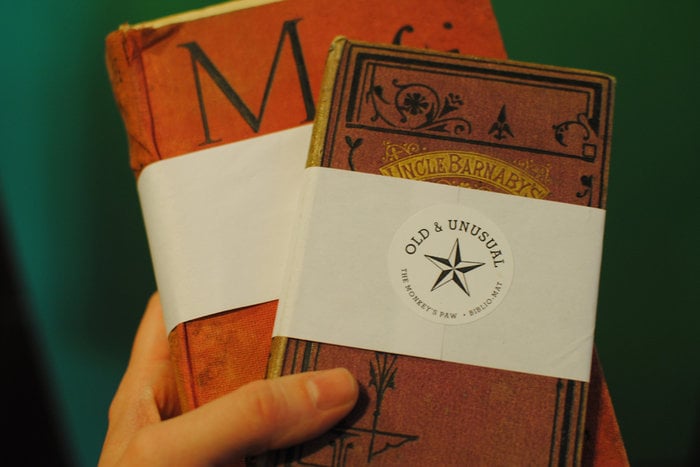